2
10
Hard-to-use pump that fails to reach its headline pressure, with some poor design choices
Weight:
109g
Contact:
www.bob-elliot.co.uk
How we test 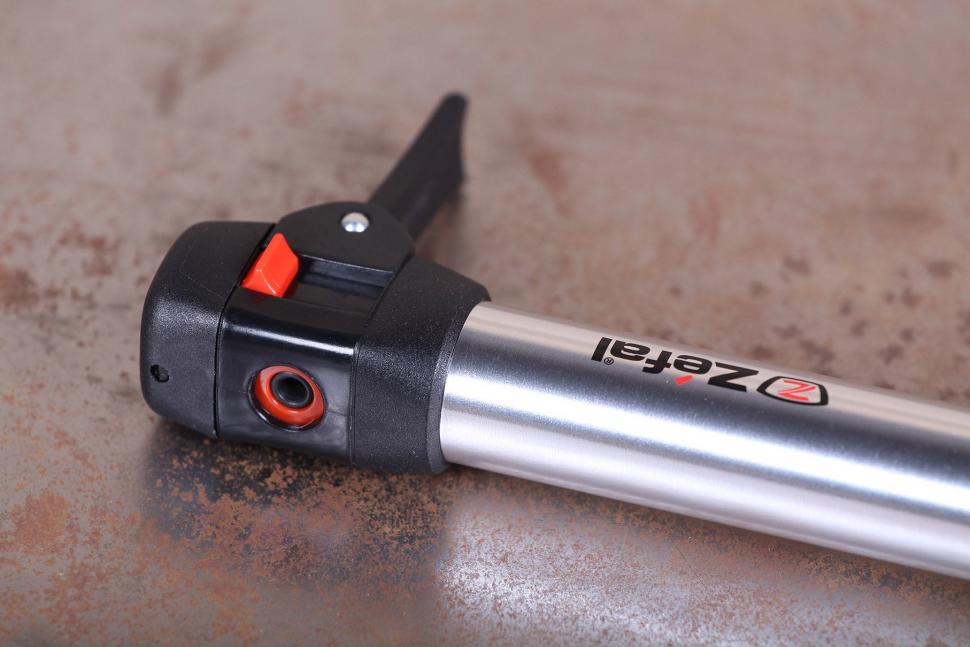 As the name implies the Zefal Air Profil Switch features a switch that swaps between Presta and Schrader valves in a fraction of a second. Personally I've never had an issue swapping any pump between the two, especially modern ones with advanced head designs. The Zefal Switch works, but I'd probably prefer the Presta version to be a bit deeper to get a more secure hold on the valve. The thumb lock lever has a tendency to rattle when unlocked, not likely to be an issue in a pocket, but on a frame with the supplied clip it could be infuriating. The handle is retained by an O-ring that slips down the pump with use, no doubt soon to be lost.

Assuming you can securely connect the valve, the conundrum of mini-pump designers is how to get enough air in, at sufficient pressure, without requiring the user to have the arms of an Olympic rower. This will mean either a thin barrel, not shifting much air with each stroke, or a long thin barrel, to get enough air in but then protruding out of a jersey pocket, or a more expensive, heavier two-stage barrel that extends and collapses with each stroke. In the case of the Zefal Air Profil Switch they have gone for a short, fat air chamber that is compact, but is also doomed from the outset to be hard to inflate. From zero PSI pumping feels harder than it should. After 60 strokes it really begins to kick in, and after 140 you need a break, but with only 60PSI in a 28mm tyre at that point, there's more work to be done (measured with the natty SKS Air Checker digital gauge). At 170 strokes (70PSI) the pump is getting hard to hold, both at the head and the handle. At 200 strokes (a paltry 80PSI) this normal, functioning human male was reduced to arms of wet spaghetti.

There's no point trying to go beyond 80PSI because the whole package becomes fundamentally dangerous to the survival of your valve, the risk of slipping increasing with the extra force needed for each stroke. 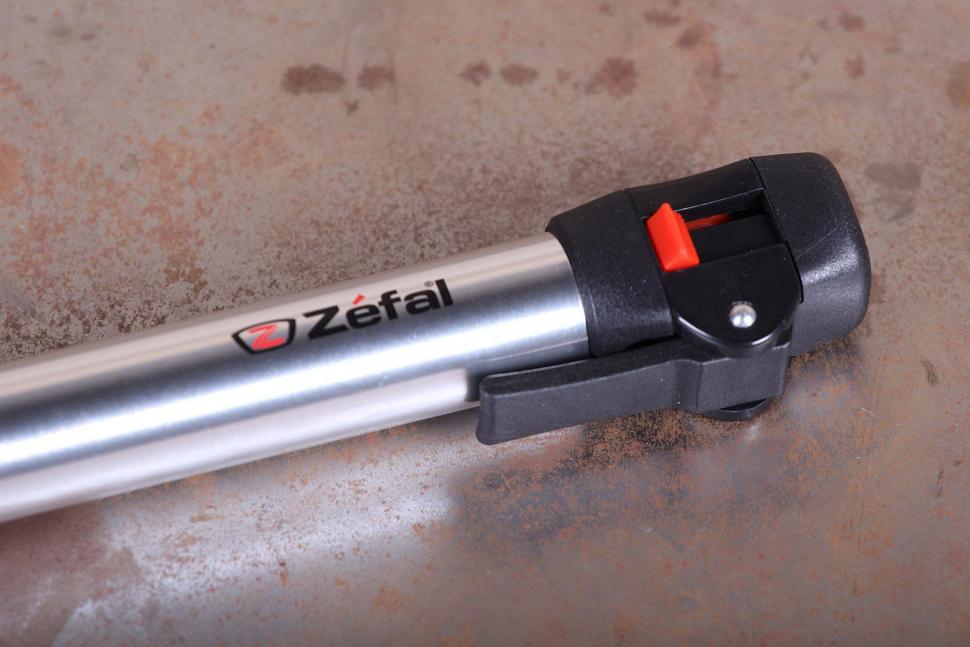 A while back I gave the similarly-sized Birzman Apogee mini pump four stars, being able to get to 80PSI relatively easily and quickly at 220 strokes, then on to 105PSI with more effort. This shows the importance of a longer, thinner barrel over a shorter, fatter one. The difference in internal diameter between the Birzman and Zefal is only 3.8mm, but this translates into a cross-section of three square cm for the Zefal vs. two for the Birzman. The Birzman then has a stroke of 16.8cm vs. 11.8 for the Zefal. All this adds up to a total volume more or less the same at around 35 cubic cm; the Zefal's slightly larger, meaning it gets to 80PSI a few strokes quicker than the Birzman.

But the two are night and day in terms of ease of getting there. I'd not want to put the Zefal in the hands of someone of slight stature, lest they fail to achieve the brute force needed to get a decent pressure into a road tyre. To recap: the Zefal is only 14mm shorter than the Birzman, but comes nowhere near it in terms of ability to comfortably fill a road tyre.

Yes, the Birzman has an RRP nearly twice the Zefal. Many other highly-rated mini pumps are of similar prices, but the GT Attack costs just £14.99 and actually works. In this case, you definitely get what you (don't) pay for. Caveat emptor.

Hard-to-use pump that fails to reach its headline pressure, with some poor design choices

It's for people who need to inflate tyres on bikes.

The Air Profil Switch is a convenient mini pump and easy to use thanks to the Z-Switch system, ensuring an intuitive valve change. It will support you in all your outings thanks to its compact size. Sold with its clip.

Easy change from Presta to Schrader or Dunlop via a simple switch.

Rate the product for quality of construction:
3/10

It feels plastick-y and the tolerances are poor.

Rate the product for performance:
1/10

Borderline-incapable of useful pressures, and impossible to achieve the headline 100PSI without an extra set of arms on tap

Rate the product for durability:
4/10

Rate the product for weight (if applicable)
5/10

Not heavy, not light.

Rate the product for comfort (if applicable)
1/10

The 'ergonomic' handles are anything but.

It's relatively inexpensive, but as it is so hard to use value is highly questionable.

Very poorly, from the outset, then got worse.

The switch thing is neat, I suppose.

The difficulty in achieving decent pressure. Or any pressure, for that matter.

Would you consider buying the product? No, at any price.

If I had no alternative, I could live with this pump. But that's only because I don't need more than about 70PSI running fatter tyres. If I was using sub-28mm rubber, this pump would be a nightmare. 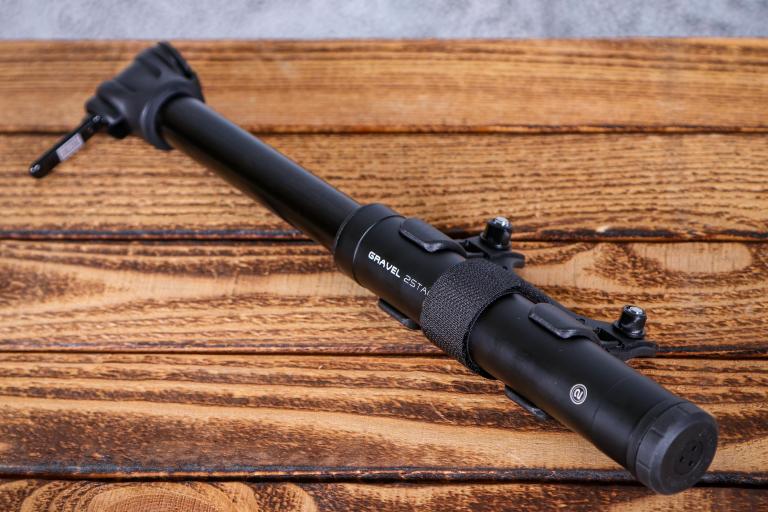 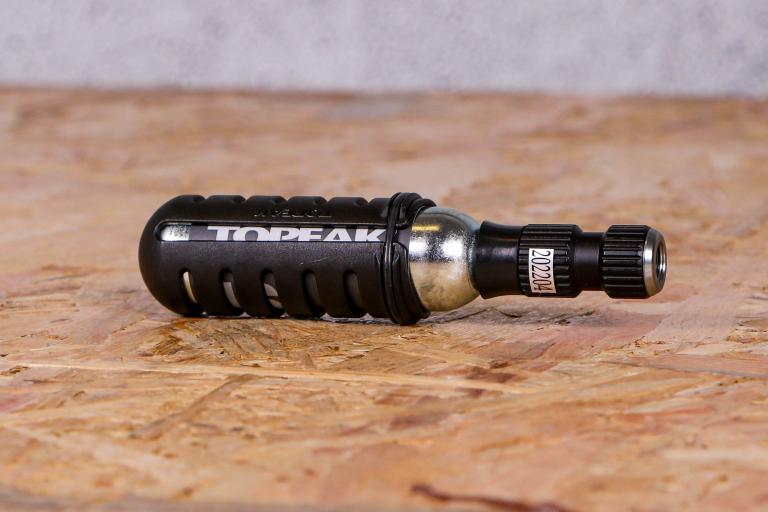 A rather 'vague' fit on Presta valves made this a bit hit-and-miss, but it's light and simple 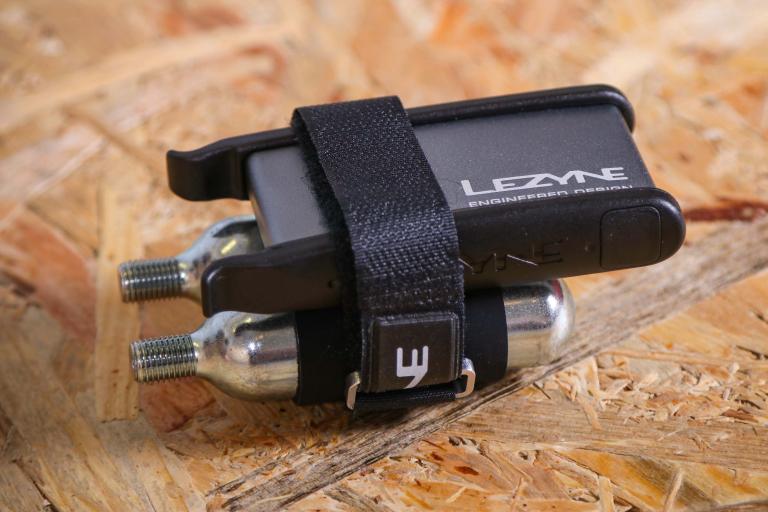 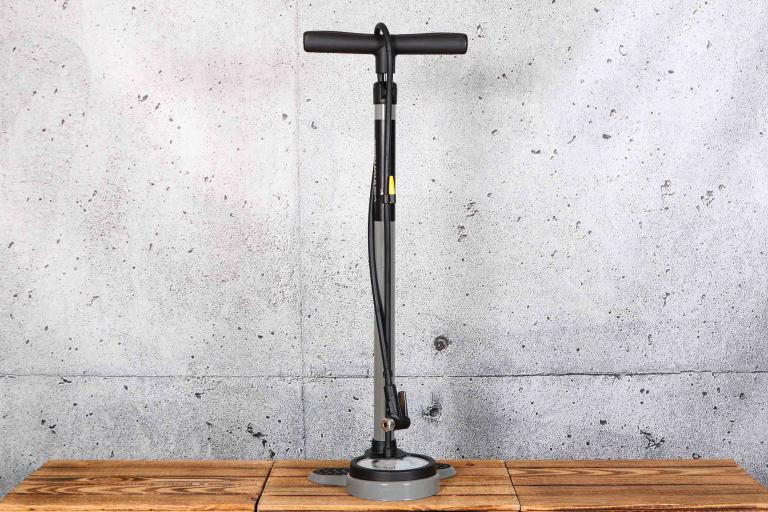 Excellent track pump that gets tyres up to pressure quickly, aided by the large, easy-to-read gauge