Back to REVIEWS
review
Lubrication 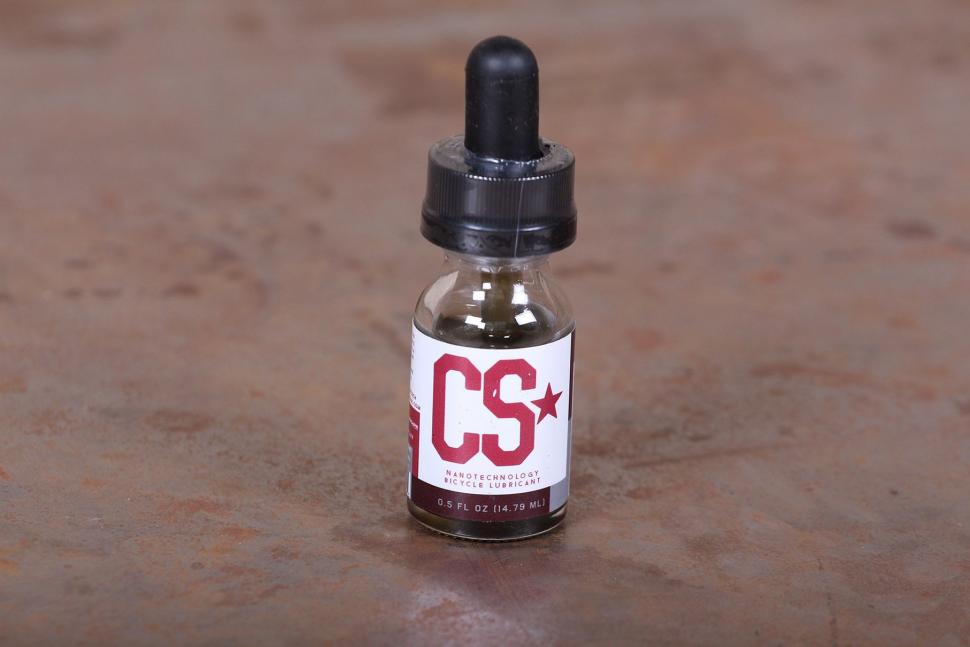 4
10
Lab tests don't appear to back up big claims, making this an average-performing lube with a huge price
Weight:
49g
Contact:
www.gonebikingmad.co.uk

Laser beams? Tick. Nano-tech? Tick. Graphene? Tick. Endorsement by pro-team? Tick. Cycle Star Nanotech chain lube is going to need to tick all the boxes to justify its jaw-dropping price. Its main claim is that the use of tiny nano particles suspended in oil allow for the lowest possible friction, giving – yes – a marginal gain. The best marginal gains are the ones your competitors can't afford, right?

Cycle Star lube is the first product to hit the market from Star Nanotech LLC, a spin-off from North Carolina State University. The company describes itself as "focused on research, and primarily government contracted" and has been conducting research into how nano-technology can give benefits to lubricants.

As we reported when it launched, the Cycle Star chain lubricant consists of a lightweight oil whose job is to carry nano- and micro-sized particles of carbon and graphene. The size and hardness of these particles is such that they bond with the metallic surfaces in a drivetrain to make for lower friction.

That's the claim, anyway, and it's apparently good enough for Jim Felt (he of Felt bikes) and the Holowesko-Citadel-Hincapie race team to use it. At this point, you'll be expecting some figures – how many watts this will save, or how many seconds it will shave from a 40-mile time trial, that sort of thing. Star Nanotech doesn't offer a lot in terms of figures, but says that "our lube [has] the same watt-saving qualities as today's nano-optimized chains, but is user-applicable and lasts twice as long". We'll come back to that, shall we?

It's referring to the likes of Muc-Off's "fastest chain in the world", which was used by Bradley Wiggins for his hour record attempt. That's £135 and upwards for a chain which give savings of "up to 6 watts", so Star Nanotech is implying a similar reduction in losses, for rather less money. It's a bit odd, I have to say, that they've not backed this up with any form of test data.

What makes sense for a pro cyclist and a tilt at the hour record is harder to justify for the rest of us, even if you race. Cycle Star lube costs a lot less than a nano chain, being priced at £19.99 for 15ml bottle. That is still an awful lot, making it more than four times more costly than the Team Sky Hydrodynamic lube from Muc-Off that we reviewed a couple of years back.

> Video: How to clean and lube your bike

Star Nanotech says that each application requires a much smaller volume than with conventional lubricants, and that one 15ml bottle is enough for 35-45 applications. So, 33p each time your chain needs lubricating doesn't sound as bad, does it? The bottle has a built-in glass pipette to make it easier to apply sparingly, and the instructions suggest that a half a pipette-full should be enough for a whole chain.

I was due to clean off the winter muck from my commuter, so this was an excuse to do it properly – cassette, chainset and jockeys fully disassembled; chain soaked and dried. Following the instructions, I shook the bottle and then cycled the liquid in and out of the pipette a couple of times. I did my best to eke out this tiny amount of lube across the whole chain, but it's not that easy, and having applied the prescribed quantity, I wouldn't say the chain was running as quietly as with freshly applied Chain-L lube, so I stuck a little more on for good measure as I wasn't convinced I'd managed to get every link.

Having done so, sure enough, everything was turning pretty smoothly and continued to do so for a few hundred kilometres. During testing, we had a period of pretty good weather, so my bike didn't get wet, but it did get 200km or so of towpath use, and hence quite a bit of dust. After around 400km, the chain was turning black but not sticky, and a good wipe with a rag cleaned it up nicely. It was still running fairly quietly, so I didn't apply more lube. Once it began to squeak, I added a little more lube (it suggests a quarter-pipette for topping up) and all was well again.

In practical terms, then, this is a nice product – if you do things properly and start with a really clean drivetrain then it will run smoothly, quietly and relatively cleanly. When you do need to top-up, it doesn't become a sticky mess. Thing is, the reason the maker suggests you want it is to make you faster, to tick off another marginal gain obtained. As we don't have the means of verifying those claims, we got in touch with Jason from Friction Facts (now part of Ceramic Speed), who's built something of a reputation for scientific testing of drivetrain friction. He has tested the Cycle Star lube, and the results – well – they're a bit surprising.

Jason told us that he had run friction tests with chains lubed per the Cycle Star instructions, but he'd also had doubts about whether it was possible to cover the whole chain with such a small amount. He'd repeated the tests having used a greater quantity to ensure each link was covered, and noted a small performance improvement. However, when compared with the other 54 lubes he has tested, the Cycle Star lube ranked a lowly 45th, with a measured frictional loss of 6.76 watts in the control conditions (the friction measured in the other lubes ranges from around 4.5w to 9w, with the majority between 5.5 and 6.5w).

Some pretty interesting results in there, such as extra virgin olive oil being in fourth position overall. Clearly there are factors besides friction which make some lubes better than others, such as how long they remain effective for, so you probably wouldn't want to choose your next chain oil based purely on this chart.

However, there's no getting around the fact that Friction Facts' tests do rather leave Cycle Star's big claim in tatters. Lab tests (these lab tests, at least) don't support the claim that this will save you power and make you faster, so if that's not the case, I really can't see why you'd pay so much money for this lube. I did contact Cycle Star to ask for its lab test data, and it hasn't replied. I'll update this if it does. Friction Facts has a very detailed and pretty interesting white paper about chain lubrication and testing; it's worth taking a look if you're interested in what makes for an efficient drivetrain.

Cycle Star makes some impressive claims for this lube. If those claims were borne out by tests, it would still be a niche product at this price, but Friction Facts measured it as notably less efficient than common or garden lubes such as Pedros Syn-Lube which – let's not forget – costs 1/14 of the cost of this. So I can't really recommend this, laser beams or no laser beams.

Lab tests don't appear to back up big claims, making this an average-performing lube with a huge price

THE FUTURE OF BICYCLE CHAIN LUBRICATION IS HERE.

Cycle Star Bicycle Chain and Drivetrain Lubricant is an expertly blended combination of the most advanced, laser-produced nano and micro carbon particles to date. Such high specificity gives our lube the same watt-saving qualities as today's nano-optimized chains, but is user-applicable and lasts twice as long : 750-1000+ miles in dry and 500+ miles in wet conditions. 75-90 applications-worth in one bottle.

Carried in a lightweight, synthetic oil, our mixture of hard nano and soft microparticles is 100% non toxic and contains no wax, teflon or other chemical additives. CycleStar is the lubricant of choice for the Holowesko | Citadel pb Hincapie Race Team.

Our globally patented method of producing nanoparticles by laser synthesis delivers structures much more precisely, and with greater specificity than current production standards that rely on magnets or chemical processes. Without the use of chemicals, Teflon or wax, our material additives employ a unique combination of super hard nano and softer microparticles to reduce friction and wear on multiple fronts by :

- Polishing and permanently filling microscopic peaks and gaps on a molecular level, a hypersmooth surface is created that requires less lubricant and stays clean by not allowing dirt to cling in the first place.

- Mixing in particles designed to act as ball bearings, friction is further reduced.

- All of the structures working together to produce enough of a charge to repel dirt before surface contact, preventing buildup and wear from foreign contaminants."

It's made with frickin laser beams. The glass pipette helps with applying small quantities.

Rate the product for performance:
4/10

I found the chain ran very smoothly and reasonably quietly. After a couple of hundred km in varied conditions, the chain was visibly dirty again, but less so than with a wet lube, and could be much more easily wiped clean-ish. The results we had from the Friction Facts (now Ceramic Speed) lab tests don't back up the manufacturer's claims, though.

Star Nanotech claims that it'll run for hundreds of km on an application of a very small amount. It's heavily dependent on conditions, but I found that in dry conditions the claims were about right.

It's a very small bottle for a high price, but the maker insists that you need much less than with other lubes. I found it rather difficult to cover a whole chain with the suggested half a pipette, although I think the pipette in the video must be bigger than the one supplied in our 15ml bottle.

Pretty well, really – smooth, fairly quiet and easy to keep clean. But is it really the watt-saver it's claimed to be?

Chain runs smoothly and wipes clean more easily than with most other lubes I've used.

I found it hard to apply it as sparingly as suggested, and this leaves the uncomfortable feeling that you're wasting money.

Would you recommend the product to a friend? Probably not.

Pleasant to use, but the headline power-saving claims aren't borne out by any available evidence, and at these stratospheric prices, that is very hard to forgive. I've marked it down heavily because it is so much more expensive than other lubes which apparently perform better. 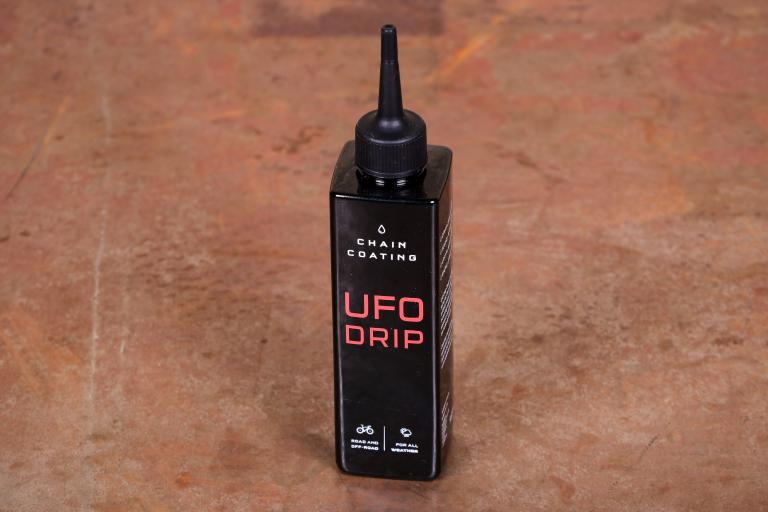 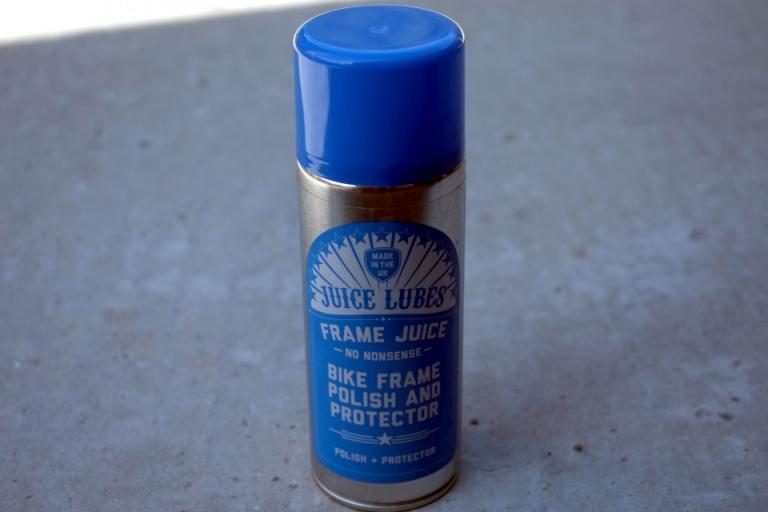 Helps make (and keep) your bike shiny for longer 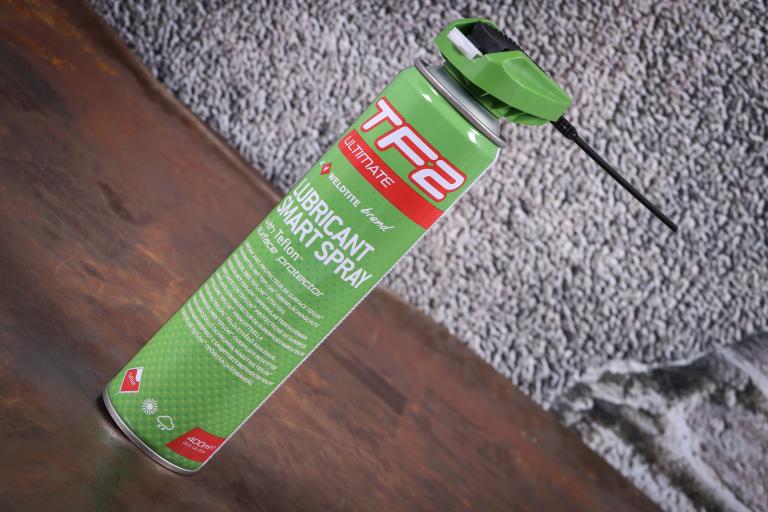