9
10
An extraordinary collection of unusual stories about the Giro, told by 100 of its less well known participants
Weight:
0g
Contact:
www.rapha.cc

And so we reach the last of the bumper crop of books about the Giro d'Italia inspired by the 100th edition of the race: Giro 100. It turns out to be quite unlike any other book about the Giro – and indeed about any other cycle race.

Herbie Sykes' challenge was to come up with a book about the Giro that was different to those already on the market, including his own definitive work Maglia Rosa – and that was also different to the new books prompted by this year's race.

Taking his cue from the 100th race, Sykes decided to celebrate 'the constituents of 100 giri though a hundred disparate voices'. Most people will not recognise the names of the majority of those involved, because it is not about the winners, but rather the other riders and associated wives, managers, journalists, officials, volunteers – and even the race cartographer. 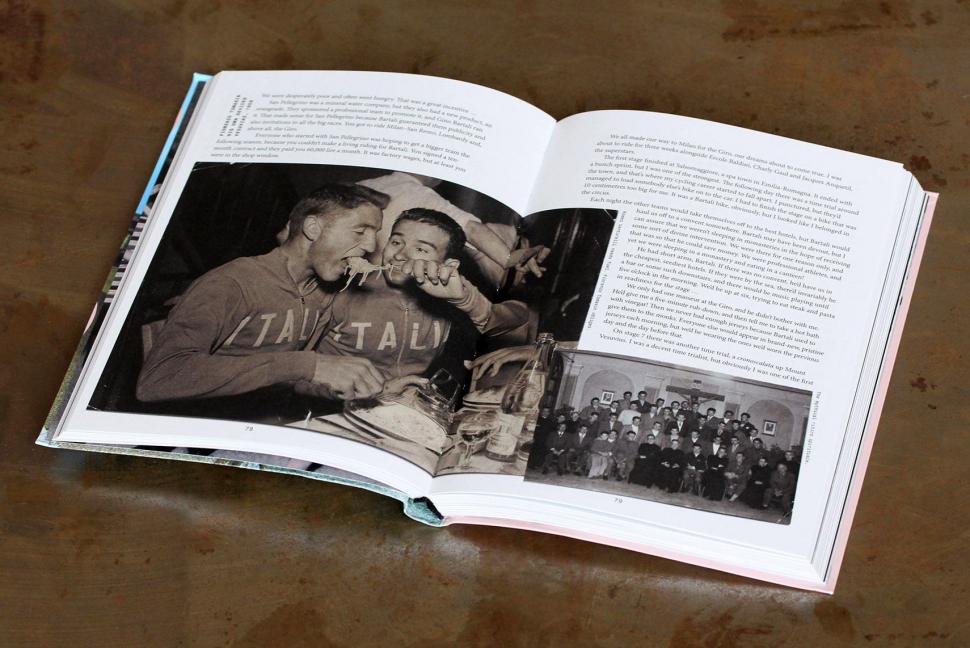 I can also guarantee that you will have seen very few of the pictures before, coming as they do from 'the cupboards, scrapbooks and photo albums of the participants'.

The resulting interviews are grouped into a few broad themes, interspersed with some explanation and background by Sykes. 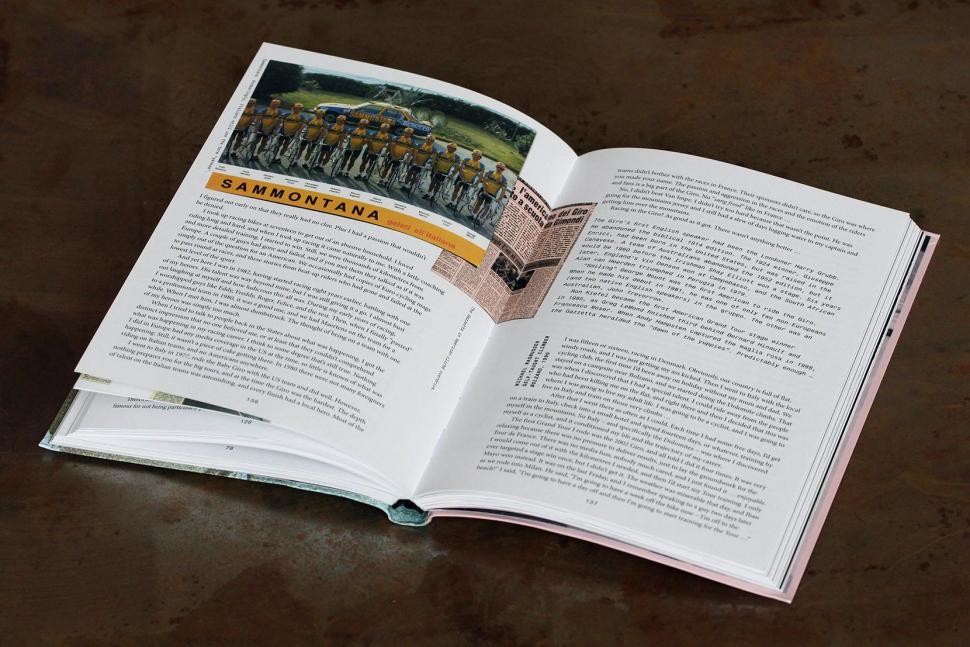 Sykes has taken advantage of the opportunity that this book provides to revisit some of those memorable moments from past editions of the Giro, but from a refreshingly different perspective: so it is not Stephen Roche who gives his thoughts on the 1987 Giro, but team manager Davide Boifava who found himself in charge of a divided team: 'Viscentini was a massively talented guy, but also a very complex one. Something always seemed to go wrong, so I approached Stephen Roche after he had won the Aubisque stage at the 1985 Tour de France. It was probably the best decision I ever made, and probably the worst.'

> Good reads for cyclists of all types

It is Sykes himself who gives a fascinating insight into the business side of the race: 'In 2005 RCS Sport was in advanced negotiations with the Franco family, owners of the Vuelta a Espaňa. The lawyers had signed it off, and the deal seemed imminent. At the eleventh hour, however, the Francos ceased to communicate, and shortly afterwards it was announced that ownership had passed to Antenna 3. Three years later ASO acquired a 49 per cent shareholding in the race, and so the trajectory of twenty-first century cycling was set.'

You can't accuse ASO or RCS of lacking ambition, and every time there is consolidation among race organisers of that magnitude the UCI must fear a shift in the balance of power within the sport.

In an unusual move Sykes tells us that 'at least one of the testimonies contained in this book is pure invention' – Sykes knows that the interviewee is not telling the truth but still includes it because it 'is absolutely intrinsic to who he's become'. You are invited to work it out if you can, but 'who's to say that the other ninety-nine were telling the truth?' It is an unusual admission – and it is presumably not something that he would have allowed in his previous work.

No matter how many books about the Giro you might have already read, Giro 100 is worth adding to the tally. It's a perfect complement to any other book about the Giro as there is so little overlap – even when covering the same stories.

An extraordinary collection of unusual stories about the Giro, told by 100 of its less well known participants

THE GIRO 100 is a unique – and uniquely personal – evocation of the race for pink. In realising it, award-winning author Herbie Sykes undertook his own Tour of Italy, meeting with one hundred of the race's constituents. They are the champions and gregari, the superstars and the nearly-men, their wives, lovers and tifosi. Then there are the kingmakers and journalists, the sponsors and officials, those who have loved the race and a few who abhorred it. Together their testimonies represent a journey to the heart of the spectacle, but this is a journey with a difference. In a departure from cycling convention, they were invited to open their scrapbooks, family albums and cupboard drawers. There are no sweeping views of the Dolomites, no cliché portraits of Coppi, Merckx or Pantani, no anodyne agency fodder. Instead the photography conjures the spirit, pathos and beauty of the greatest show on earth. And, more poignantly, it speaks of the lives conditioned by it.

The Flexibound construction provides a cover that is tougher than a paperback, but more flexible than a hardback.

It introduces you to aspects of the Giro that you may never have heard of.

The lack of an index.

Combine an author with proven credentials and an imaginative idea, all linked to an event with such a rich history, and you can't go wrong.