8
10
A little ray of light for safety-conscious weight weenies
Weight:
24g
Contact:
www.giant-bicycles.com
How we test

The Giant Recon HL 100 is a compact, lightweight, nicely designed front light for being seen rather than seeing.

If you're after a small but punchy front light for daytime or streetlit riding, the Giant Recon HL 100 is definitely one to consider. Its low weight, diminutive proportions (it's a 3cm cube), good run-times and surprisingly powerful output should make it very appealing for those who want to keep their bikes nimble but want a bit of extra visibility.

It's worth noting that the 100-lumen Recon isn't bright enough for riding on unlit roads (Giant doesn't say it is; the exact wording is 'high-powered visibility at an accessible price'). If your commute includes those, 300 lumens is probably the minimum power you should be looking at.

It is, however, great as a daytime running light. I've noticed that with the Recon flashing, drivers have more readily let our tandem through gaps instead of racing for them themselves.

There are five modes with different run-times: the constant 'high', which uses the full 100 lumens, lasts 2hr 30mins according to Giant. On the unlit night ride with a powerful-light-equipped friend during which I checked its 'seeing' capability, this was accurate. The night flash, which is a pulse rather than a flash, gets you over twice that, but the best mode of all, and the one I always use for daytime, is the low flash, which gives out one full-power flash every fourth low-power flash and lasts eight hours.

LEDs behind the switch change from green to red to indicate battery life and the light will automatically switch to low flash mode before expiring. 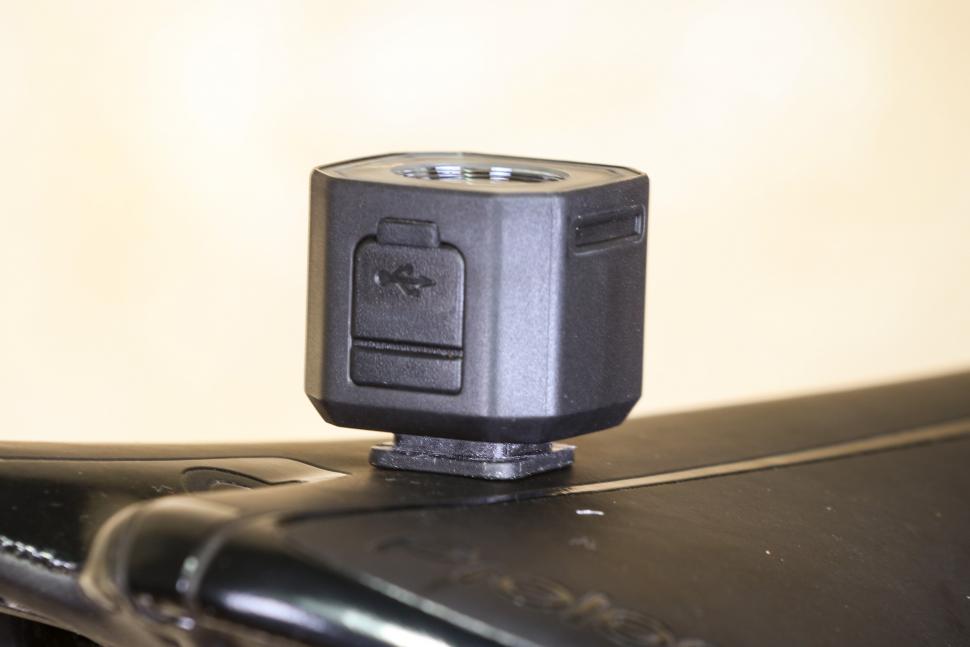 Although Giant claims 180 degrees of visibility, the opaque slots at the sides don't quite let enough light through to fully justify this. For night-time town riding, especially for passing T-junctions, I would like to see this improved.

In the box you get the basic rubber band and hook clamp. Other mounts are available separately. It's simple to install and uninstall without tools, but, as with the Giant Recon HL 200, it's easier to take the whole thing off rather than take the light out of the clamp and leave the clamp on the bar. 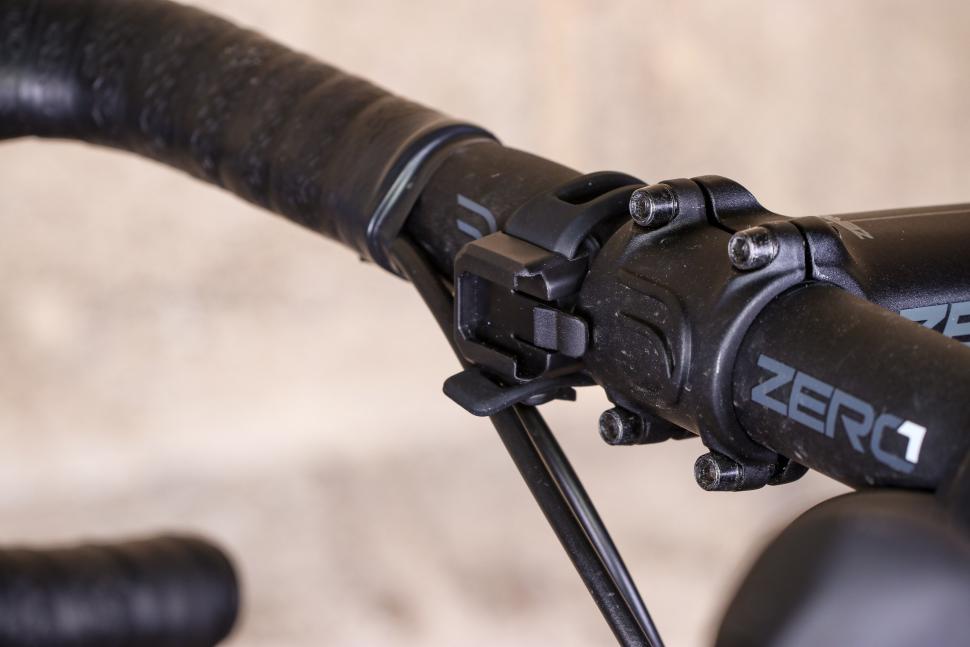 The twin-LED Recon HL 200 uses the same clamp that allows you to position it horizontally or vertically. In the case of the Recon 100, it's a cube with a single LED so it doesn't make any difference which way you put it into the clamp – but the downside of that is that if you stick it in without paying attention to where the switch is, you can end up trying to press the side visibility slots instead, because they look similar until you learn the difference. The switch is fine to operate with thick-gloved fingers even though it sits flush with the casing. Modes are changed by short presses on the switch – very straightforward.

Finally, waterproofing is very good: I have left the Recon HL 100 and TL 100 on the tandem outside on many rain nights and they still work and charge perfectly.

A little ray of light for safety-conscious weight weenies

Giant says: "The Recon HL100 is easy-to-use, ultra-portable and lightweight. With an integrated power indicator and IPX7 waterproof certification, the Recon HL100 provides high-powered visibility at an accessible price."

This is an accurate description, but it's important to emphasise that it is only for visibility and not powerful enough to use on unlit roads.

The design is aesthetically great – a minimalist cube. But I did have a couple of problems recognising the switch at first and kept trying to press one of the similar-looking side-visibility slots to switch it on and off.

The clamp holds the light to the bar very well and is easy to attach and detach, but the light itself sits very firmly in the clamp and pulls out of the clamp in the same direction as your thumb holding down the release button, making it a bit awkward. It's easier to take the whole clamp and light off the bar each time.

Full marks for waterproofing. It's seen as much rain as anything this side of Fishlake.

I can't fault it for battery life and charging time. The manual is accurate with these figures and the run-times themselves are impressive for such a small light.

Performance is really good for a lightweight, portable light.

Still looks new after a month of tandem commutes.

Very lightweight; this will make a lot of safety-conscious weight weenies happy.

There are cheaper lights, but 100 lumens at this price is pretty good. Brands such as Knog do cheaper portable lights with less powerful LEDs, though not all are USB rechargeable.

Great as a daytime running light or for night riding on streetlit roads.

I didn't actually dislike anything but I would improve the side visibility and would like it to be easier to get the light out of the clamp.

Very nicely designed, neat-looking and well-functioning light that is great as a daytime runner or for being seen on streetlit roads at night. Its compact size, light weight and USB rechargeability give it a very broad appeal. It fits any bar without adding weight or clutter and can be stashed in a pocket easily.