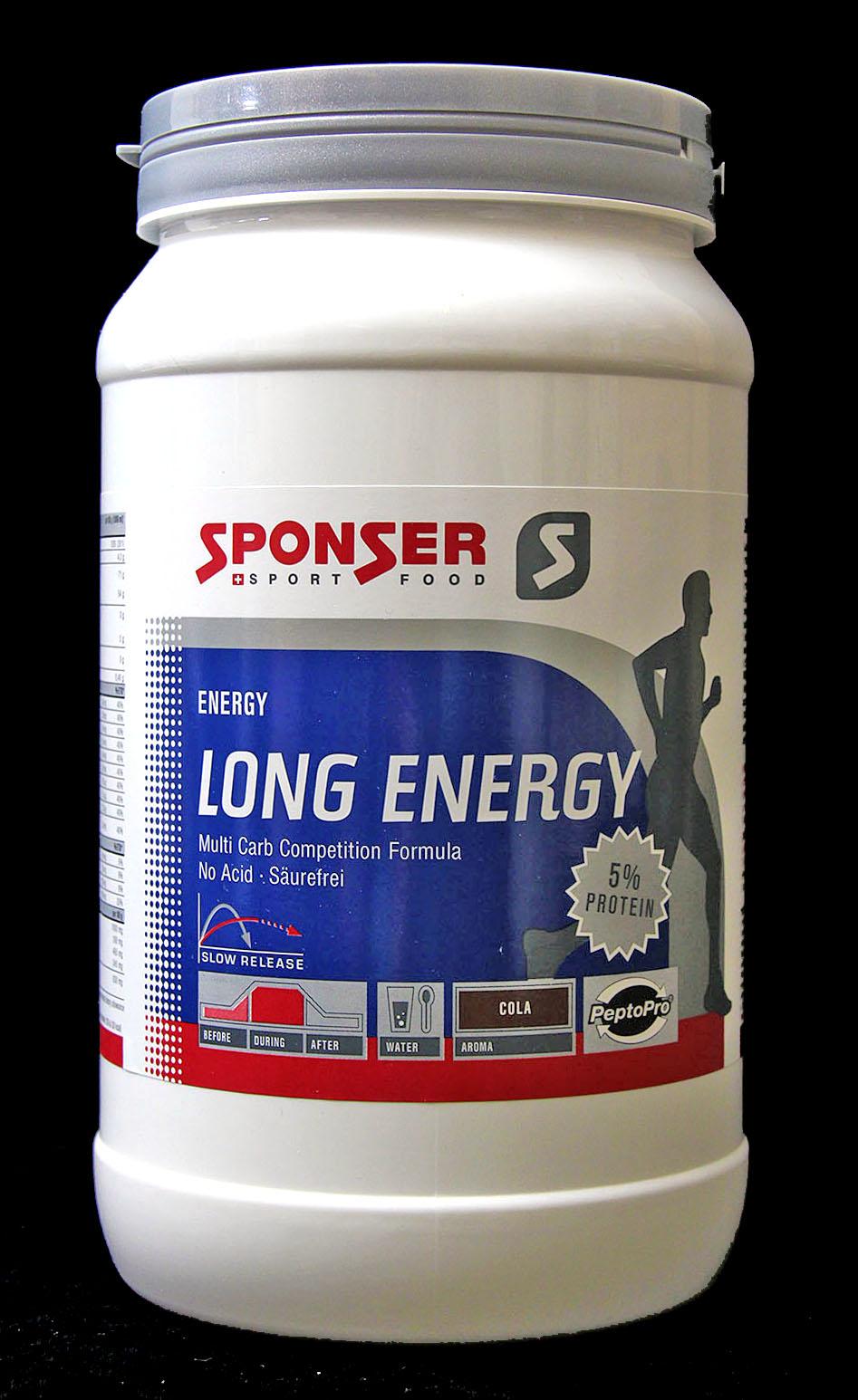 Sponser Long Energy Multi Carb Competition Formula - to give it its full name - comes as a tub of powder that you mix with water to create an energy drink. The 'long' in the title indicates that it's designed for consumption during longer endurance events, as it contains carbohydrate and protein, plus a host of other ingredients to help you ride faster or farther, or both.

We've reviewed Sponser's similarly-named Energy Sportdrink Competition drink previously on road.cc and Long Energy Multi Carb Competition Formula shares many characteristics. For a start, both drinks contain eight different sorts of carbohydrate. This is an impressive total, and in reality there's a limit to the amount of carb the human body can absorb, but by using different sorts of carb (glucose and fructose in various compounds) the formula of this Long Energy drink is designed to ensure you get maximum benefit. The various carbs are also designed to provide a gradual supply of energy, so you don't get a sudden surge of power after drinking, followed by an equally sudden slump.

In addition to the carbohydrate, Sponser Long Energy Multi Carb Competition Formula drink contains protein – derived from whey. This is important for longer races and sportives because (to put it in layman's terms) protein helps carb work better, especially when you're doing events that last three hours or more.

The sports scientists disagree on the ideal carb-to-protein ratio to consume during endurance events (as opposed to the ratio in recovery protects to consume afterwards), but most studies show it between 5% and 20%. Sponser Long Energy is at the lower end of this range with a 5% protein content.

(Also in Sponser's portfolio is yet another similarly-named drink called Long Energy Competition + Regeneration. This also contains carbohydrate and protein, but the protein proportion is 10%.)

Other more exotic ingredients include taurine (according to the Sponser website, 'a stimulant ... powerful antioxidant and semi-essential amino acid') and red beet juice (with 'high levels of betaine, which has been shown to reduce muscle inflammation after exercise').

Our test samples are citrus flavour. The taste is sharp, not sweet, and very refreshing. The texture is slightly soapy – presumably from the whey content - but it didn't make the drink unpleasant. Also available is Fruit Mix flavour, and Cola flavour with the added ingredient caffeine.

I've tested this Long Energy Multi Carb Competition Formula drink on a couple of long training rides, combined with carb and protein supplied by my usual array of gels and bars. With frequent sips, the drink topped up my energy levels in the gaps between the bars and gels, and I felt no ill effects on the stomach at all.

A 1200g tub costs £27.99 on Sponser's UK website. This is hard to compare directly against similar products from other manufacturers, as the various formulas and ingredients vary. To give a rough idea, Powerbar Isomax drink costs £23 for 1200g which makes 12L of drink, while High 5 Energy Source 4:1 drink costs around £30 for 1600g which makes 32L. Overall, the price of Long Energy Multi Carb Competition Formula works out pretty fair for what you get, but it can't be called an absolute bargian.

If you do a lot of long-distance rides (i.e. three hours plus), and especially if you find some other drinks a bit too much for the stomach after 60 or 70 miles, then this drink is well worth trying.

Nice-tasting and effective energy drink for long rides with carbs, protein and minerals

This is an energy drink designed for longer endurance events. The Sponser Uk website says: "Long Energy is a high quality sports drink for endurance events with 5% protein in peptide form. This allows for quicker glycogen storage and creates the right conditions for accelerated muscle repair. Long Energy contains 1038mg of glutamine and 1250mg of BCAA (branched chain amino acids) per 100g, which are used for protein synthesis. As well, the body uses glutamine as an energy source for the immune system and BCAA to delay fatigue. ."

The website goes on to say: "Long Energy contains 8 different carbohydrates which are absorbed by different transport systems in the body. This improves the energy uptake by 20-50%. The main carbohydrate is Vitargo TM, which has a molecular weight about 100 times greater than maltodextrin, allowing for 70% quicker glycogen formation in the muscles. In addition, the combination of these different sugars with caffeine increases the absorption of glucose. Long Energy is mildly flavoured and has a neutral pH, which makes it very easy to digest and gentle on the stomach, even in high concentrations."

As an energy product for endurance events this drink performed very well.

This drink comes at a fair price, but it's not a bargain compared to similar carb-protein energy drinks, although like-for-like comparisons are hard as the various brands use different formulations.

On long training rides, this drink performed well, combined with carb and protein supplied by an array of gels and bars. With frequent sips, the drink topped up my energy levels in the gaps between the bars and gels, and I felt no ill effects on the stomach at all.

As with all nutrition products, it's important to sample this drink on a training ride first rather than an important race or sportive, just in case it doesn't agree with you.

Overall, this drink is very good, and deserves its four stars. But is it just me, or are the names of Sponser's products rather confusing? Previously on road.cc we've tested something called Liquid Energy. It was excellent stuff, but not really a liquid. More a gel. Then we had Liquid Energy Plus, the same as Liquid Energy with the addition of caffeine. But we also tested a different gel called Liquid Energy Long, which is not to be confused with Long Energy, which is a drink - or Long Energy Multi Carb Competition Formula to give it its full name, which itself is not to be confused with Sportdrink Competition drink, nor with Long Energy Competition + Regeneration drink. 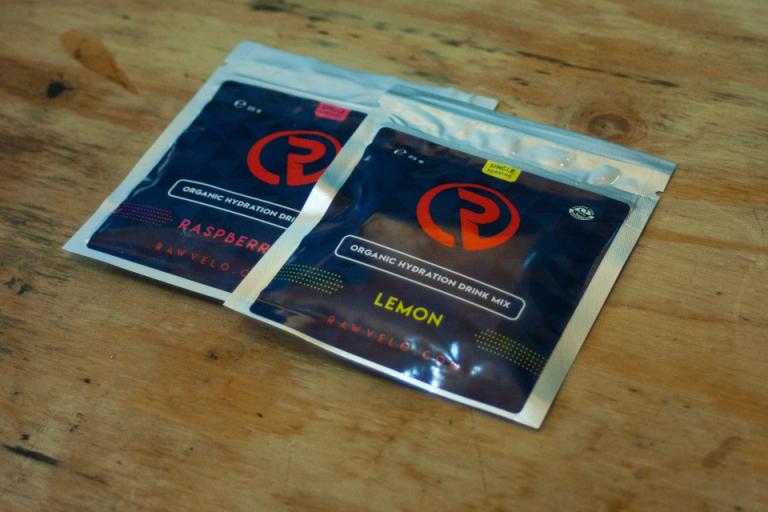 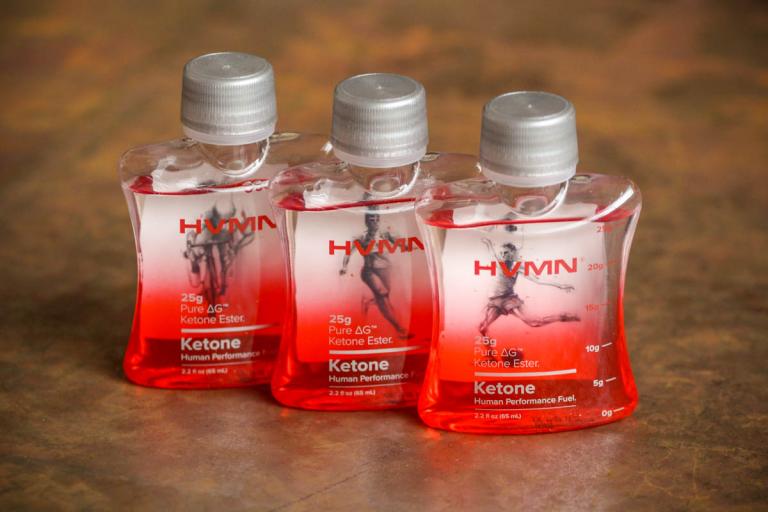 A superfuel that seems to work, but probably only accessible to or worthy of the super-wealthy and super-talented