The 7mesh Copilot Jacket offers a minimalist design with maximum performance – it's a brilliant packable jacket for taking with you everywhere. The Gore-Tex PacLite Plus fabric keeps you dry, protected from the wind, and won't have you in too much of a sweat either. The price is high, but it's a very versatile jacket that's built to last.

7mesh is based in Squamish, one of the wettest places in Canada (it's as wet as Argyllshire in Scotland), so it's no surprise their gear is well suited to the British climate.

The Copilot, named for its role as 'the ultimate backup shell,' lives up to expectations. Its £220 asking price might be worth a raised eyebrow, but guess what – it's worth every penny.

Though the Copilot looks like a mountain bike jacket, it's designed for everything from that to gravel riding, commuting, hiking or even – dare I say it – going to the pub (remember those days?).

Consequently it's built from Paclite Plus, which sits somewhere in the middle of the Gore-Tex lineup. It's not quite as light, breathable or packable as Shakedry (which features in 7mesh's brilliant Oro Jacket), and nor is it as hardy as Gore-Tex Pro. 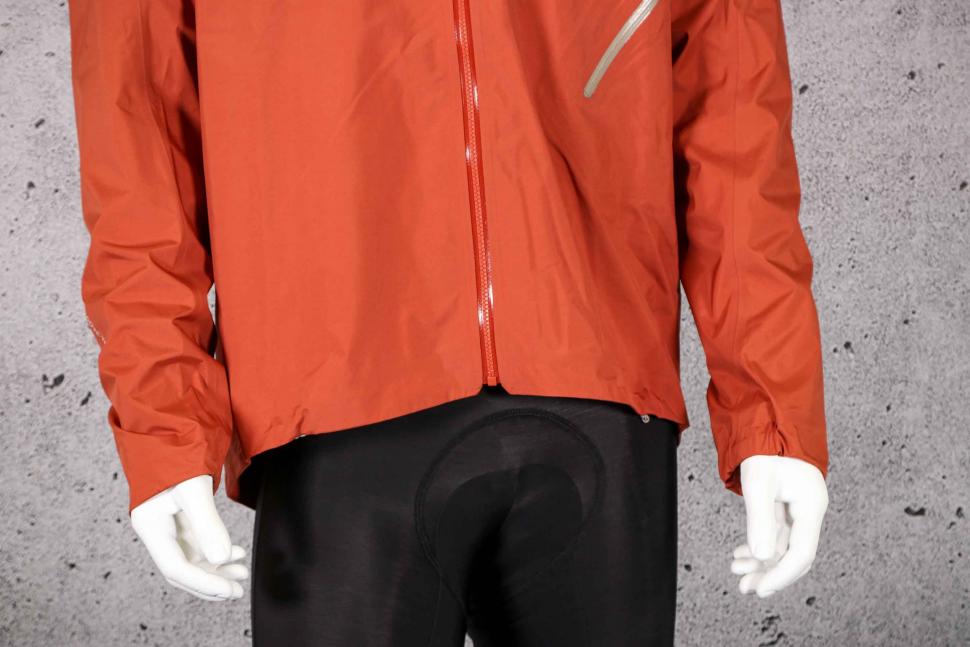 It's a blend of all the water- and windproofing you expect from Gore-Tex, along with a high level of breathability and good durability. Just to be clear: it's not as durable as Pro, but it's more packable, and it's not as breathable or light as Shakedry, but it's much more durable.

The two-layer material consists of a Gore-Tex membrane laminated to an outer face. Paclite Plus is an evolution of the original Paclite, and is more durable construction thanks to an abrasion-resistant treatment for both the inner and outer layer. As a result, the Copilot has an almost gritty, sandpaper-like feel (at least on the inside) and feels less fragile than Paclite jackets I've worn in the past. 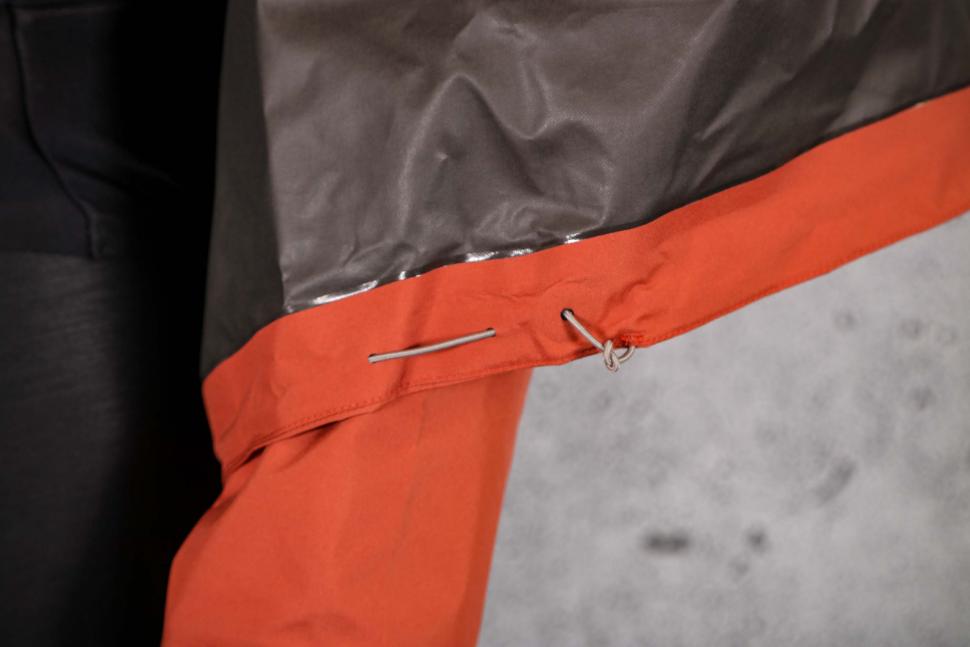 This, and because the fabric's relatively thin, means it doesn't feel as nice regular Gore-Tex, though it's a definite improvement next to the skin over the old Paclite.

7mesh says the fit is 'relaxed,' but to my mind that sounds a bit baggy. I'd say it's more of a slim fit with room for some light layers. It's also long in both the body and arms. 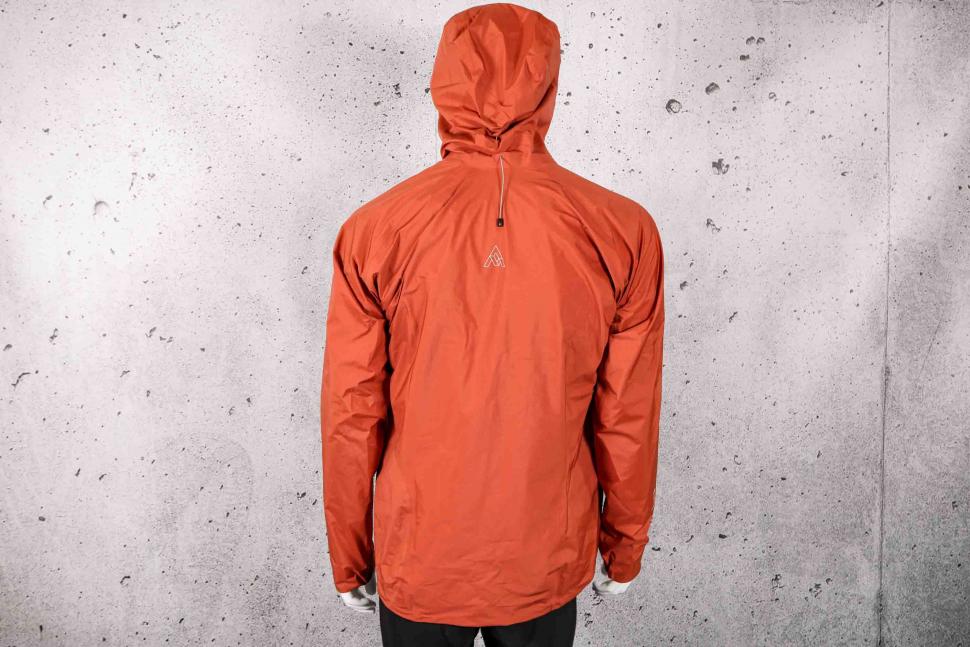 If you're not long-bodied and slim, you might find either the arms are a bit long or it's a bit tight round the waist. If you size down for shorter arms you've got to be quite thin, and if you go up for more room around the middle, the arms could get too long... those with short, wide builds could struggle with sizing.

The hood is pretty generous, enough even to get over your helmet, and the three-way adjuster cord allows a snug fit. There's also a draw cord on the hem, but honestly, I don't think it's necessary. 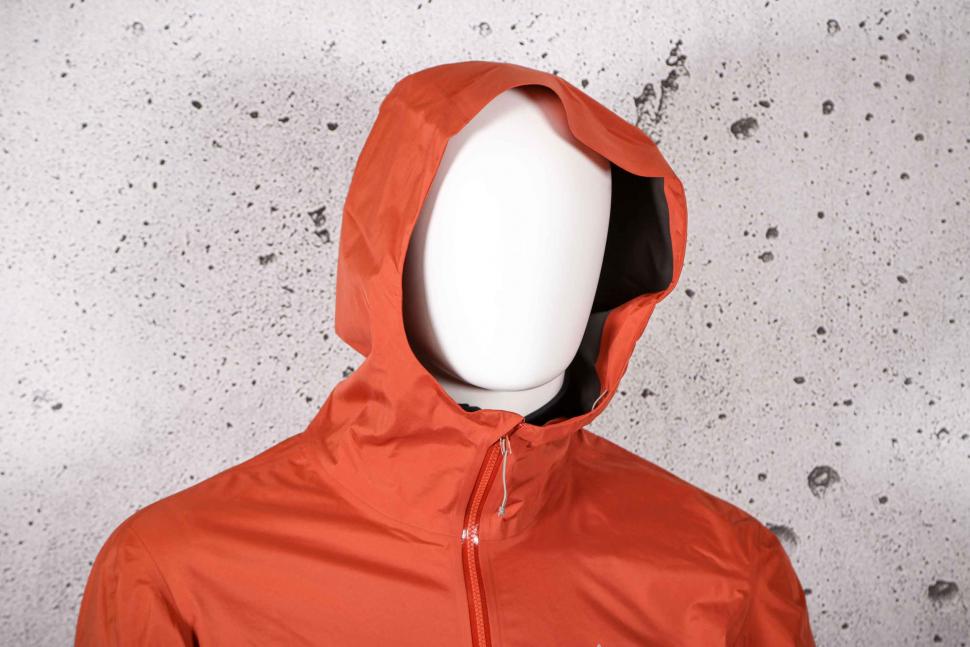 I rode with the Copilot primarily when commuting in a range of wintery temperatures (from 5 -10 degrees), and it also came along as backup on several mountain bike rides too. Overall, the jacket performs exactly as it's intended to.

In heavy rain the water just slides off the outer layer. Even hitting it with a hose from two feet, on a medium strength sprinkler setting, nothing got through the outer layer – including the waterproof front zip. 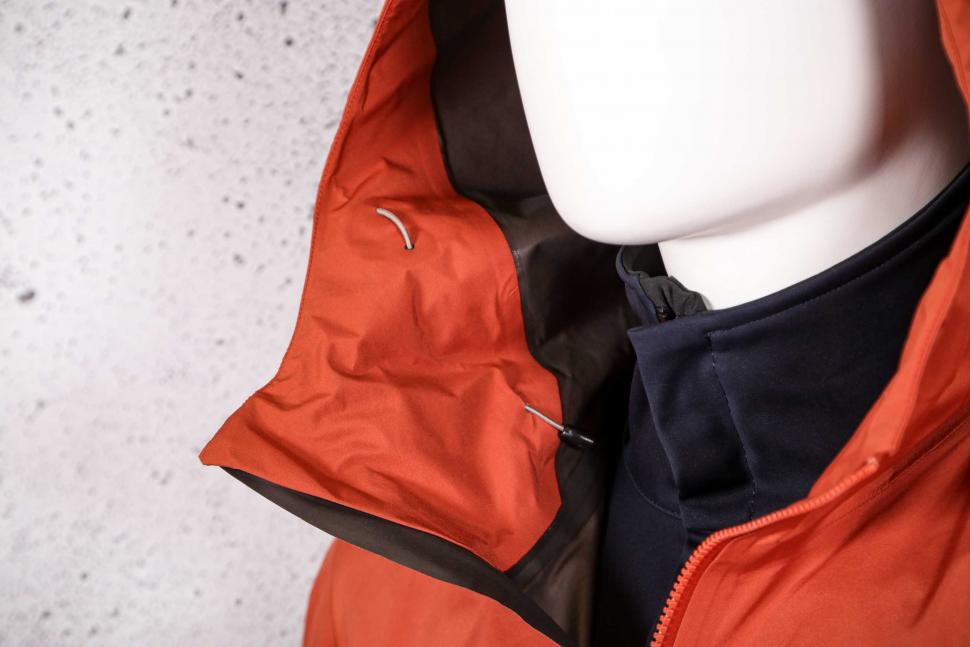 Now, breathability – that's another matter entirely. Even puffing my way up some big climbs, I never found breathability an issue, and the windproof outer adds just a little extra warmth without making you too hot. Even if it's not raining, it's worth having as a windbreaker.

The generous drop hem gives you loads of coverage against spray, but I'm not so thankful for the zips – boy, are they tough to move. Maybe they'll ease after more miles, or maybe I need to crack out the Vaseline, but adjusting them on the move was nigh on impossible during testing. 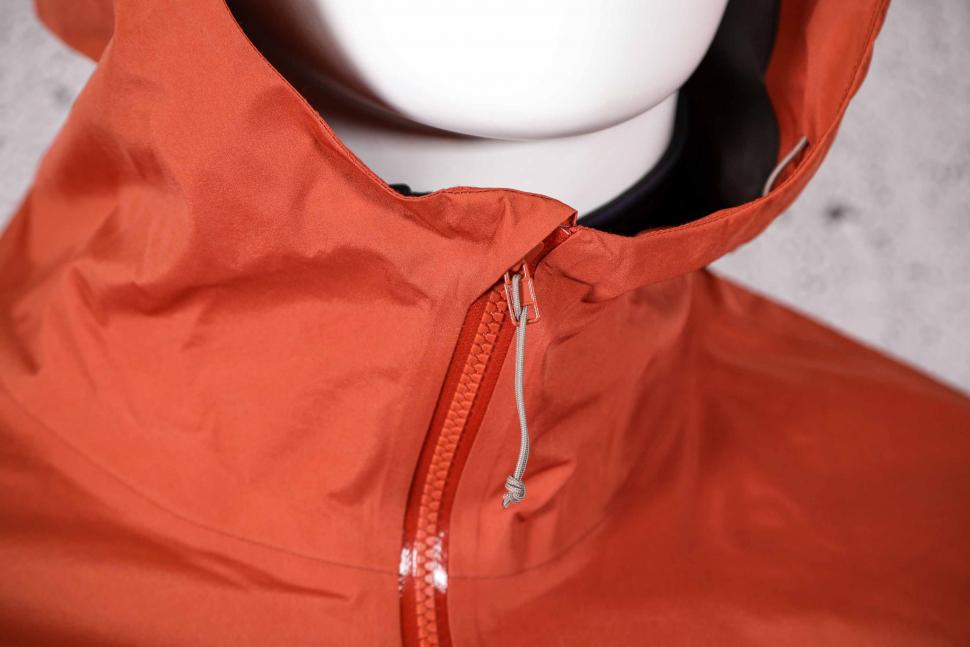 Verifying Gore-Tex's claims of increased durability, I can confirm the jacket definitely takes a beating. I had more than a few run-ins with branches and trees during the test – and some heavy clouts – but after washing the jacket looked as good as new, without a single mark.

If the thought of crashing such an investment gives you the sweats, 7mesh offers repairs against accidental damage for 30 days after purchase. Beyond this, it will repair your kit 'charging only a small fee to cover the service'. 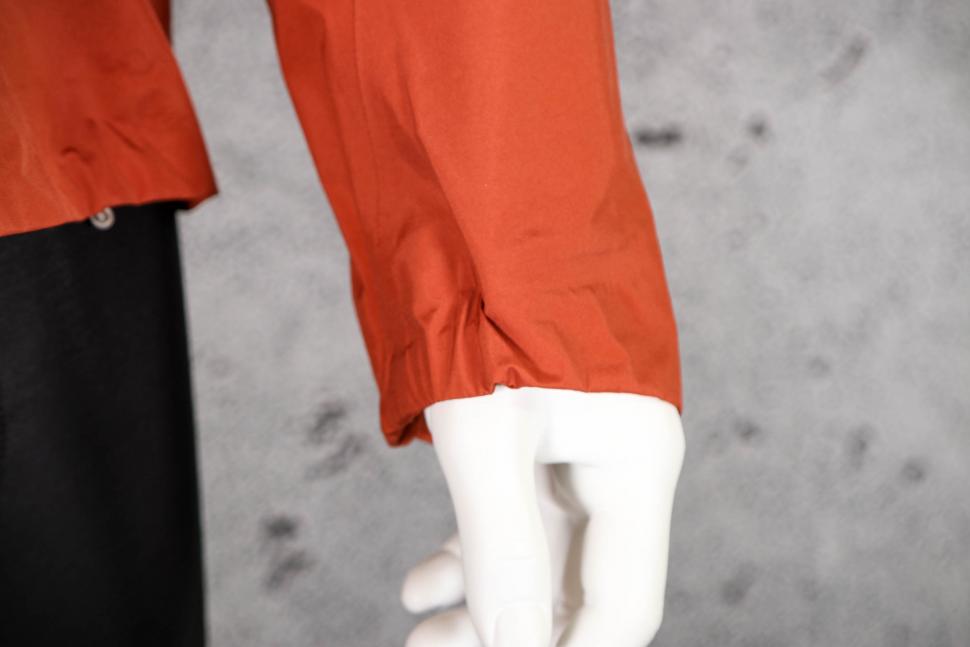 So just how packable is this backup jacket then? In size large you're looking at 261g, and it packs down (into its own pocket) to the size of a grab bag of crisps. Not the most packable, then, but good given the level of protection. 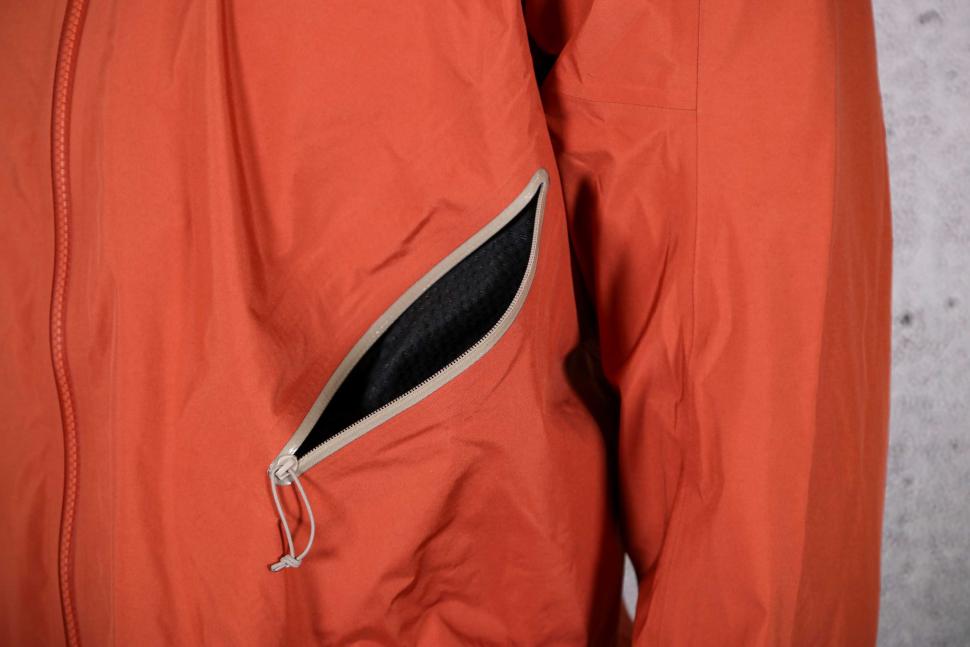 To aid this packability, features are sparse. For starters, there's only one pocket at the front, which is big enough for a phone and some other bits. The cuffs are elasticated instead of adjustable, and there's not even a hanging loop.

The Copilot is available in two colours – this visible 'Brickwork' orange or a low-key Slayter Blue. Unfortunately, the hi-vis details (a small logo front and back) are a bit sparse on both for serious commuting.

If you want a road-specific jacket that's much more packable and more breathable, you can do little better than the 7mesh Oro or the very similar Gore C5 Gore-Tex Shakedry. Both these jackets are quite vulnerable, mind.

For a more off-road orientated jacket that boasts good breathability and waterproofing, the Endura MT500 Waterproof Jacket II is worth a look. It's similarly priced at £200, but not as packable.

For packing really light there's the Specialized Deflect Jacket with SWAT at 140g and very scrunchable, though it's just a windproof, so you won't be able to fend off any sort of rain. Lighter still is the Ashmei Men's Cycle Emergency jacket, but again there's no waterproofing to speak of.

None of these options have a hood, mind. For a better all-round jacket, there's the Altura Nightvision Thunderstorm or Resolute Bay Reflective Cycling Jacket. Both are heavier than the Copilot, though, and aren't anywhere as packable. They don't have the same level of waterproofing or breathability, either, but excellent reflectivity makes them better for commuting.

If you're looking for a great do-anything jacket, you can't do much better than the Copilot. It's not necessarily the best at one particular thing, but it works really well in many areas, whether that's breathability, durability or packability. It's a versatile and very handy jacket.

7Mesh says: "Copilot is the ultimate back up shell – a durable, on-demand wind and waterproof jacket that packs down into its own pocket for bikepacking and trail riding in changeable conditions."

Packs into its own side pocket with double sided zipper

Over the helmet hood with 3-way draw cords

It's incredibly well made.

Not as durable as regular Gore-Tex, but Paclite Plus is a definite improvement over the old version. In testing the jacket remained unmarked, despite some heavy-duty use.

Rate the jacket for waterproofing based on the manufacturer's rating:
9/10

Even in very heavy rain, it didn't leak at all.

Rate the jacket for breathability based on the manufacturer's rating:
8/10

Probably not quite as breathable as Gore-Tex ShakeDry or Active, but still pretty impressive nonetheless.

For me, it's absolutely spot on - like it was tailor made. Some body types might find it a bit too slim and long, though.

Spot on – exactly as I expect from 7mesh.

Not the lightest option, but given its level of performance – in waterproofing, breathability and durability – it's pretty good.

Although the jacket is slim, there's great range of movement and it feels good whether you're standing or riding. It's not as nice next to the skin as regular Gore-Tex, but Paclite Plus is an improvement over its predecessor.

It's not cheap, but performance is very high and its versatility is a big plus – you can wear it more often than you'd think.

Easy – 30 or 40 degrees wash. You can even tumble dry it on low. I got it plastered with mud and it came out looking like new.

The Copilot is pretty much the ultimate backup jacket.

Excellent waterproofing and impressive breathability mean you can go out in any weather and ride hard. The fit is also exceptional.

It's definitely at the pricier end of the spectrum, but the performance justifies it.

Did you enjoy using the jacket? Love it!

If you're looking for the ultimate backup jacket, you really can't find better than this - provided you can afford it. It's got everything: great waterproofing, good breathability, it's packable, durable and it fits incredibly well. It's also versatile enough to be worn in pretty much any situation, and it could even be your main jacket if you can get over the slightly flimsy, crinkly feel to it. There's little bar this, the price and the tight zips to detract from it. 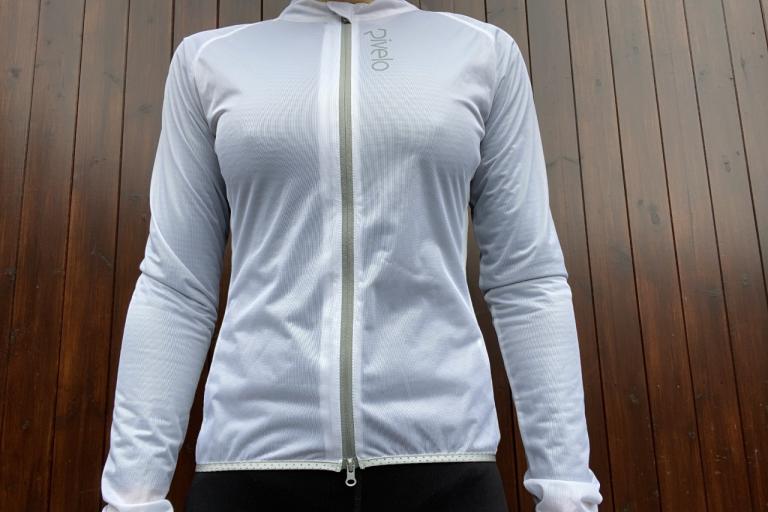 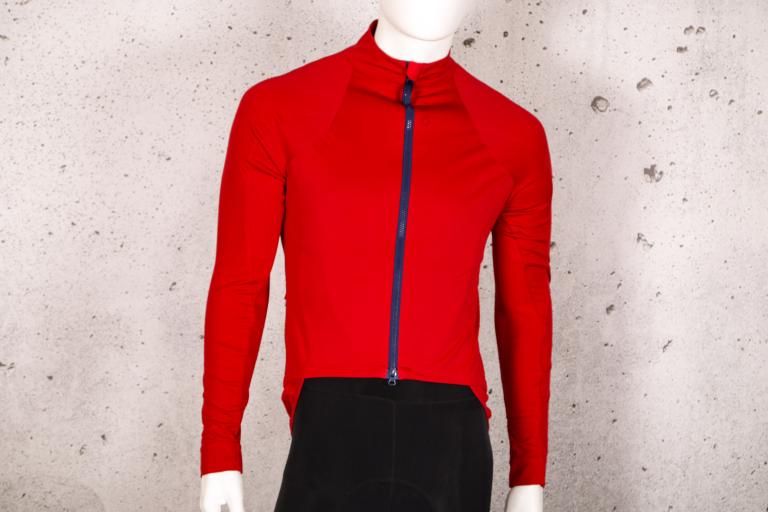 A warm and versatile cycling jacket, but the fit might be looser than you're expecting 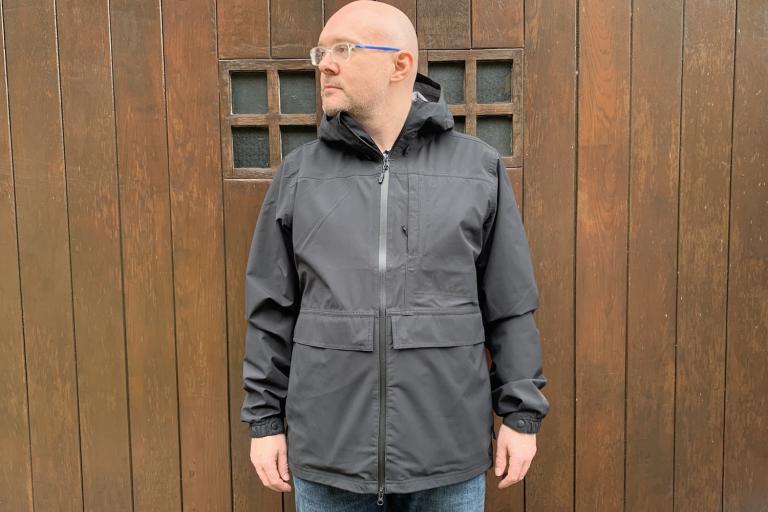 Great choice for all but the very coldest days, and even then an extra-light jacket is usually all you'll need