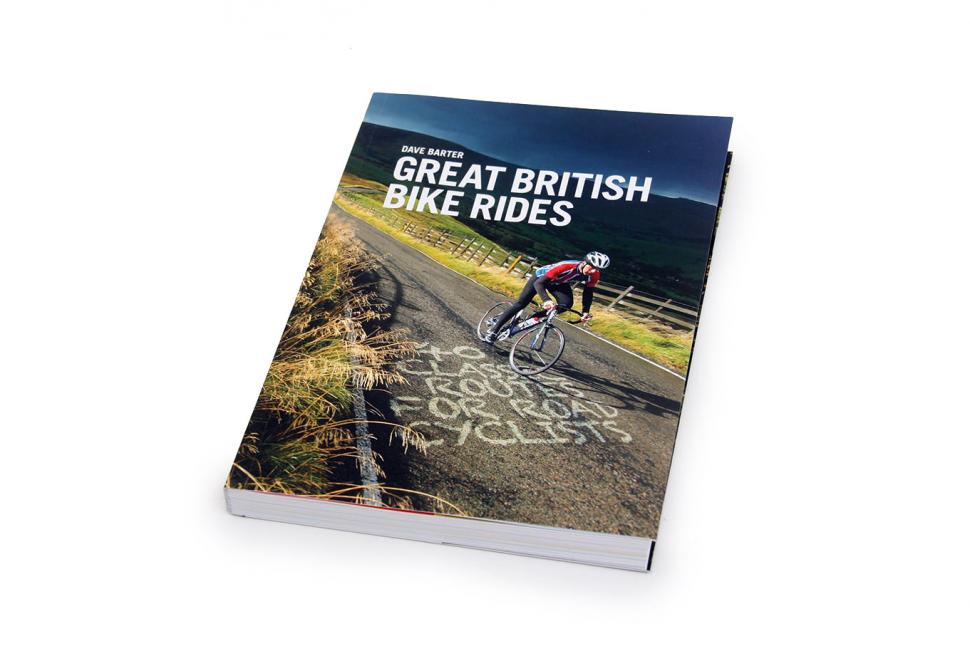 With the Wiggo effect still reverberating there's been a plethora of books on British bikes rides in the past few months to coincide with the gusty damp season we still call summer. Some have been gentle encouragement to new cyclists, others jumping on the bandwagon a little and lacking sufficient detail and encouragement for you to get out there.

Written by David Barter, a former post office engineer with the cycling bug and possessing - judging by his gaunt author photo - a body fat count of about 5%, Great British Bike Rides is a tougher propostion by far.

In the book's four regions - Southern England, Northern England, Wales and Scotland - Barter has created some fine routes, carefully constructed to keep you away from busy roads as much as possible and challenge you each time.

I would first bear in mind Barter's comment concerning fitness on page 13. 'Most of these rides are within reach of any cyclist who has recently completed a distance of sixty miles or more.' If you've recently completed 60 miles in Norfolk then many of the rides - the North Yorks Moors ride has a maximum gradient of 32% - are going to be a bit of a shock. However, there are full maps and significant hills are given their own gradient charts so you can't say you weren't warned.

It's not all punishment. I notice with relief that Barter wisely swerves the punishing coast road west of Weymouth on his Dorset route but it's still wise to study very carefully the gradient charts and leave any route with a substantial black colour coding denoting 'extreme' until your legs are ready.

There's a particularly fine route around Anglesey and Snowdonia at a hefty 91 miles; the Scottish routes look lovely, and Barter successfully balances pain with gain to give you routes constructed more for their overall pleasure than a masochistic obsession with gradient.

You're encouraged to use online sites to construct your own pocket maps for each route and there are downloadable GPX files of each route. Nevertheless, those of you without a Garmin will have no problem translating these routes to good old fashioned paper as your forefathers did.

Regrettably there are one or two errors with a few facts and figures. The rather generous inclusion of Rutland, Lincolnshire, and Norfolk as part of the Northern ride section for instance. For those who get a nose bleed north of Birmingham it might seem fine, but as a general rule of thumb anything south of a diagonal line drawn between the Mersey and the Humber is not in the North.

Barter's description of Mow Cop in Cheshire as 'an utter horror story' is painfully accurate but unfortunately the gradient chart isn't. It shows a climb of over 16km and a maximum gradient of 16.5%, when Mow Cop is 1.45km and tops 25% for the final brutal 150 metres.

As purely a matter of personal taste I would ride the Bowland route shown back-to-front as the climbs, for me at least, are more satisfying that way around and that's probably why parts of it are run that way for the Pendle Pedal each year.

Quibbles aside it's a well thought out and presented guide to some of the best cycle routes in the UK for people who want to feel as if they're doing a sportive without having loads of portly gents in loud lycra crunching gears around them the whole way.

A pretty good selection of route with lots of useful detail.