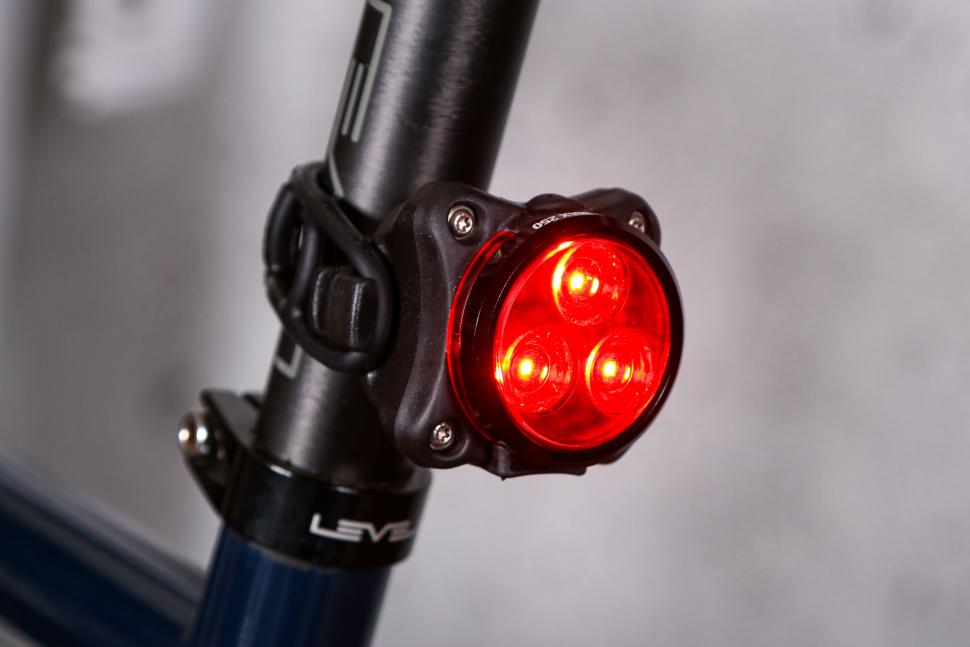 9
10
Bright, reliable, simple and very well made – the quality is (probably) worth the slight premium
Excellent build
Long run-times
Very bright
Brighter than you might really need
A little expensive
Weight:
72g
Contact:
www.upgradebikes.co.uk
How we test

The Lezyne Zecto Drive Max 250 is not a new design and has been surpassed for sheer power, but it remains an excellent, highly reliable and very visible rear light. To be frank, even 250 lumens is potentially excessive for a rear light, so it's hardly lagging in the real world.

Little has changed with this light since Stu reviewed it in 2018 – so little, in fact, it's best if you read his for most of the details. I'll concentrate on what's changed – and what hasn't.

It now has five flashing modes instead of three; two are designated Day Flashes, and these are the most powerful at 250 or 125 lumens. Quite frankly, the brightest setting is painful to look at even from the side, and I agree with Stu – use it after dark and you're going to annoy following drivers.

You also get two 35-lumen flash patterns and a 10-lumen one that's a little dim, but lasts a full 24 hours. I ended up favouring one of the 35s (even in the day, though dull ones), and both last very usable times. The six and seven hour claims are accurate; two hours of cold riding on Flash 1 doesn't even drop the battery to 75 per cent.

The maximum solid mode is also 35 lumens, but is really very bright, especially when viewed in a dead straight line. The 5-lumen Economy mode is again a little dim but again lasts 24 hours, while the 20-lumen Enduro is good for over 9 hours.

Externally the Max hasn't changed at all, which is both good and bad. It's good because the big, round face is very visible, the slivers of side illumination are welcome, and both the silicone strap and charging port bung work perfectly.

Stu mentioned the bung in his review and wondered how it would work with age; I've been running two Zecto lights for years now (from when the bezels were done in silver) and the answer is, there's no change. Mine still seal without issue, and for that matter the ladder straps haven't stretched or weakened either. 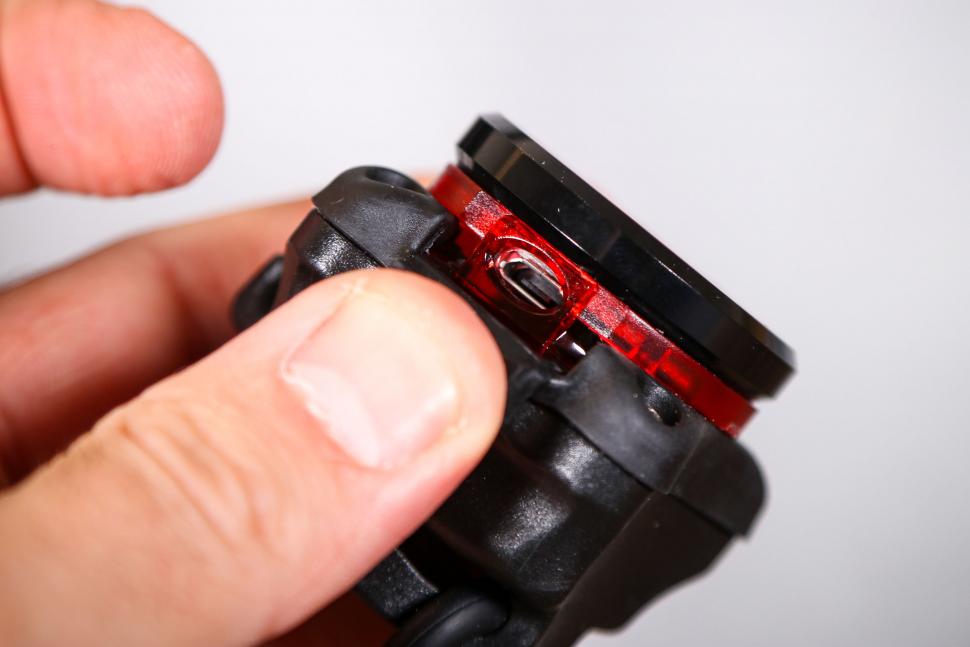 I like how the strap is trapped at one end, too – it's annoying when they fall off every time you remove a unit from your bike.

What's not so good is that there's still no padding on the plastic clip, so these can potentially scratch posts when dirt gets under it. The light can also slip sideways rather easily, though only by a few degrees each way.

Lezyne also hasn't changed the main thing I dislike, which is the battery indicator. It uses four small LEDs in the sides, but they're all different colours. Why use number coding (how many remain lit) and colour coding at the same time? And shouldn't 100 per cent charge be green? Here it's blue.

These things are further muddied by the red lens changing both the apparent colour and brightness of some of these LEDs, to the point where Lezyne has written a blog post to explain it to confused customers.

The final confusion, since Lezyne altered these lights to only display charge when you first switch on, or off, or half press the button, is that the rest of the time one (reddish) LED stays on. This is presumably for side lighting, but it looks like a typical low battery warning.

Basically, it's overcomplicated and in all the years I've been using Zectos, it hasn't become intuitive (especially when mixing them up with other lights too). On the upside, the run-times are good, a full recharge only takes about 2.5hrs, and I've rarely been caught out by the battery.

The price hasn't risen much in almost four years – it's £52, and was £48 in 2018. However, today that's a little on the high side for the output. The Cateye Viz 450 pumps out an energy-weaponish 450 lumens for £49.99, for instance, and its see-through design gives excellent all-round visibility for those whose eyes still function afterwards.

Also, Lezyne's own Strip Pro Alert Drive features clever (if oversensitive) brake light tech and does 300 lumens for just a fiver more at £57.

That said, it's debatable whether you even need this much power in a rear light, let alone more, so it's perhaps not the best metric for judging them. Still-very-bright 100-lumen lights, such as the Gemini Juno or Magicshine SeeMee 100, can be had for around £25-£30.

The Zecto Max is more than bright enough, extremely well made and gives really useful run-times in all of its modes. It's very likely to keep doing a good, simple job for years to come, too, which goes a good way towards justifying its slightly high price.

Bright, reliable, simple and very well made – the quality is (probably) worth the slight premium

The battery indicator is overcomplicated and the button is stiff, but these prove niggles rather than real problems.

Quick, secure and easy, though could use some padding to avoid potential scratches.

With a minimum run-time of six hours, it's a light you can confidently fit and forget.

The 250-lumen 'day flash' is almost too bright – this thing has serious power if you want it.

I've been running near-identical Zecto units for years without issue.

The battery indicator is overcomplicated and unintuitive.

The price hasn't risen much in almost four years – it's £52, and was £48 in 2018. However, against today's lights that's a little on the high side for the output. The Cateye Viz 450 pumps out an energy-weaponish 450 lumens for £49.99, for instance, and its see-through design gives excellent all-round visibility for those whose eyes still function afterwards.

Would you consider buying the light? Yes (I did!).

The Zecto Max is more than bright enough, extremely well made and gives really useful run-times in all of its modes. It's very likely to keep doing a good, simple job for years to come, too, which goes a good way towards justifying its slightly high price. The battery indicator needs a redesign, but it's awkward rather than unusable or inaccurate, so has not affected the score.