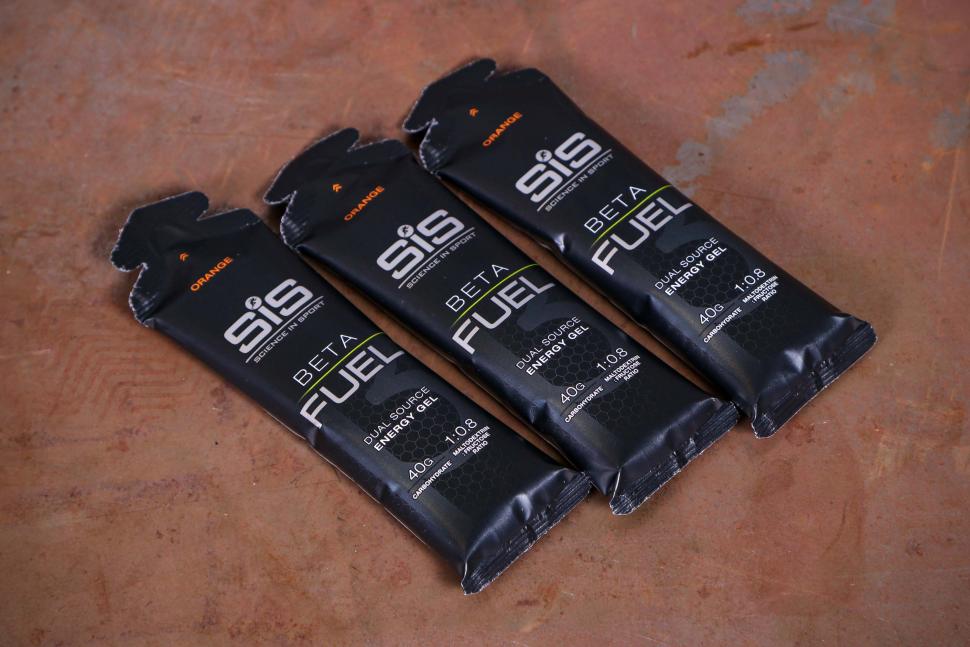 9
10
Energy-dense gels for maximising performance
High carb/energy per gel
Easy to consume
Expensive to use outside of racing
Weight:
78g
Contact:
www.scienceinsport.com
What the road.cc scores mean

The Science In Sport Beta Fuel Gel crams a ridiculously high amount of carbs into an easy-to-consume and perfectly edible product. The ratio of carbs to fructose aims to be kind on the stomach, and during testing I've been thoroughly impressed. And though the price seems quite high, for what they deliver they actually work out quite good value – if you need the carbs.

You've probably already heard of Beta Fuel; the ultra-carb-dense drink has been around for a few years now and is still a racers' favourite thanks to packing a whopping 80g of carbohydrate into a 500ml bottle yet still being perfectly consumable. SiS has now extended the range to include gels and energy chews to make it even easier to get in the necessary fuelling during long and intense exercise.

The gels are available in packs of six (as tested) or a bulk box of 30, although buying the larger quantity still works out at the same price per gel. They're available in either Orange or Strawberry and Lime flavour, and like all SiS gels are 60ml per serving.

The numbers are impressive then. The Beta Fuel gels contain roughly 40-50 per cent more carbohydrate and calories than similarly sized gels, and that means you can carry a hell of a lot less. In my three-hour road races, for example, I would usually pack my skinsuit pockets with gels and still need extras taped to spare bottles; with the Beta Fuel gels I've been taking one or two an hour when combined with an energy drink.

> What should you eat to recover after cycling?

SiS says that optimum fuelling is between 80-120g of carbs per hour, but from personal experience I'd say most people will require a fair bit of practice to take the upper end of that without stomach discomfort. My personal preference is about 90g per hour, which can easily be achieved with a single Beta Fuel gel and a bottle of decent energy drink.

To get the body to absorb this many carbs is the job of the fructose. Many energy drinks, Beta Fuel included, use a 2:1 ratio of maltodextrin (carbs) to fructose, whereas these gels use a ratio of 1:0.8. Upping the ratio of fructose supposedly increases the amount of carbs that can be ingested, by 12% according to SiS, while reducing symptoms of stomach fullness. It should be noted that all of the figures come from a single study by O'Brien et al in 2013, so there isn't a whole lot of data behind them, but during testing I have found the gels kind on the stomach and provide impressive amounts of energy, backing up the claims.

> How to fuel for epic rides

At £12 for a box of six, some pretty simple maths will show that's £2 per gel. While that sounds expensive – it's 40p more per gel than the OTEs mentioned earlier or a standard SiS Go Isotonic Energy (£9 for six) – they pack seriously more carbs, so do work out better value when considering kcal per £.

For me, this means that Beta Fuel gels are best saved for racing. When the tempo is lower and there's more time for fuelling I'll stick with something cheaper. But in the heat of a race or when pocket space is low, where the carb concentration is needed, they're worth it.

There is no funny consistency, they're easy to get down and the flavours are great. As a result, they have become a race day essential for me.

I have been very impressed with the gels. They offer very high carbs per gel and caused no stomach issues during testing. A great product for anyone looking for carb-dense gels.

Easy to open packets and can leave a little bit attached so you don't lose the tab; makes a large enough hole to consume quickly and mess free.

No stomach issues consuming two per hour, which is impressive for something quite so carby.

At face value they are more expensive than most other gels out there but they also offer a lot more: in most cases you will need to take two alternative gels to get the same effect, and the Beta Fuel gels are less than double the price.

Very well: easy to open, drink/eat and digest. Energy levels are impressive to keep you riding faster for longer.

Not having to take as many gels in my pockets.

They're absolutely great. Easy to consume, I liked the flavours, easy on the stomach, and I've never seen so much energy in a gel. This not only benefits performance but also pocket space. It's one of the few products that I went straight out and bought more of. 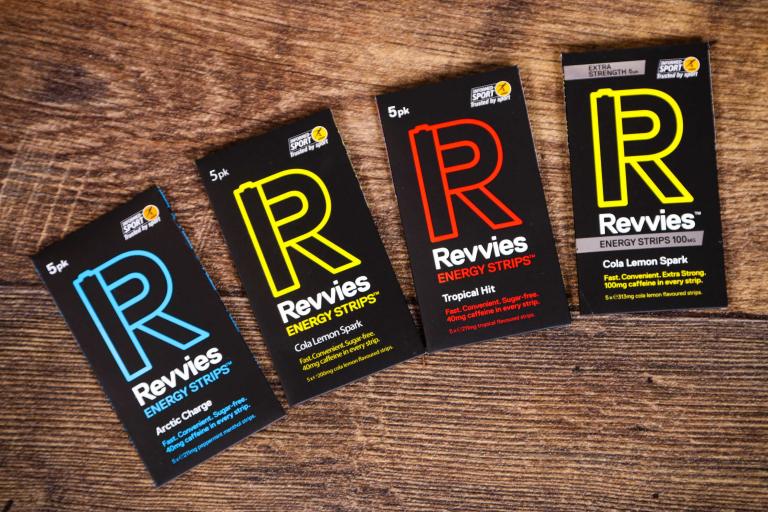 Simple and effective way to get a quick shot of caffeine, on or off the bike Comfortable on the stomach, good range of flavours, and competitively priced A light, pre-event dose of slow release energy in a convenient, easy-to-consume form