J.Guillem is a new titanium bicycle brand developed over the last three years on the roads of Majorca by Jan Willem. The range includes five models (three road bikes) inspired and named after the many iconic roads on the Spanish island. 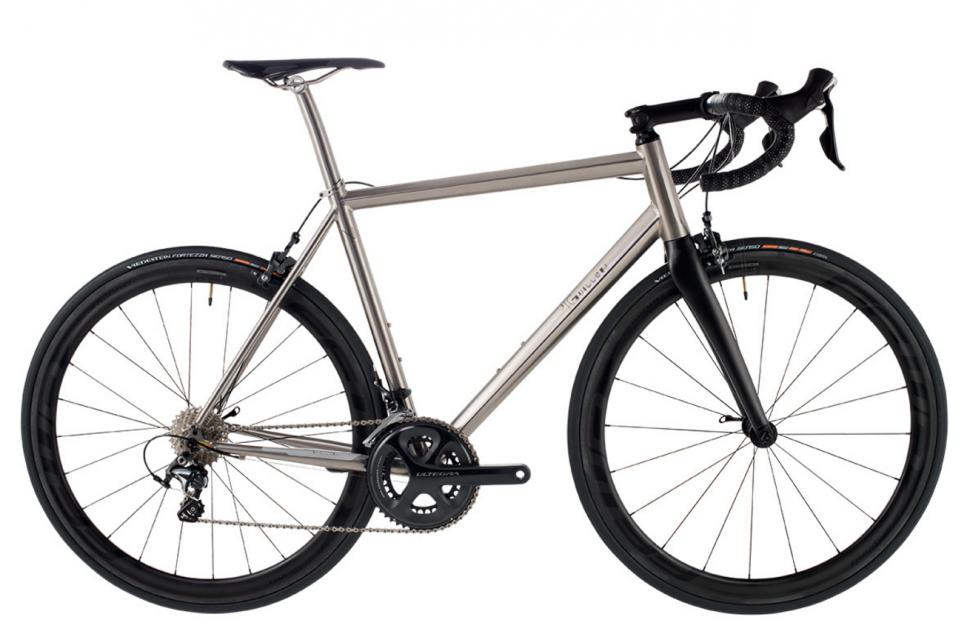 Sitting at the top of the range is the Formentor, named after one of the best roads on the island. The bike is designed for “uncompromised speed” and is manufactured from a 3Al/2.5V seamless titanium tubeset, which has been hydroformed to produce aerodynamic profiles. 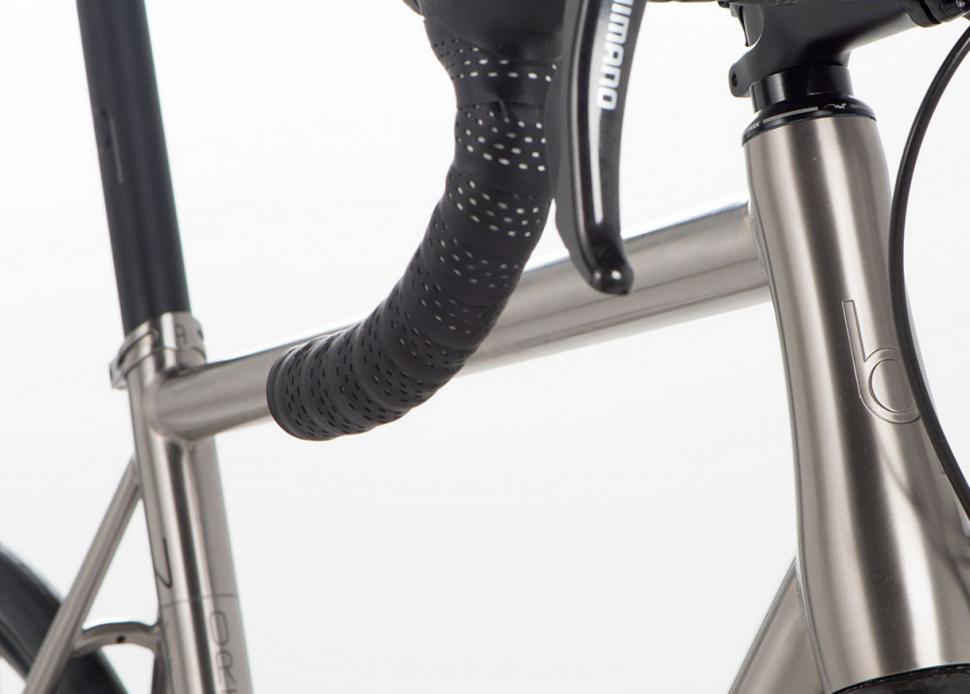 There’s a tapered head tube, Di2 compatible internal cable routing and 3D dropouts. The geometry has been designed to be aggressive and racy. A frameset costs €2,938 and complete builds are available priced from €4,499. The Orient is a disc-equipped endurance model, with geometry designed for long distance comfort. A 3Al/2.5V seamless tubeset is used with a tapered head tube and 3D cast disc dropouts, and internal cable routing, compatible with Di2. A frameset costs €2,123 and complete builds, which can be fully customised, are available. “The Orient has been designed for the sheer pleasure of riding the open road, certain in the knowledge you have a machine that can cope with whatever demands you make of it.” 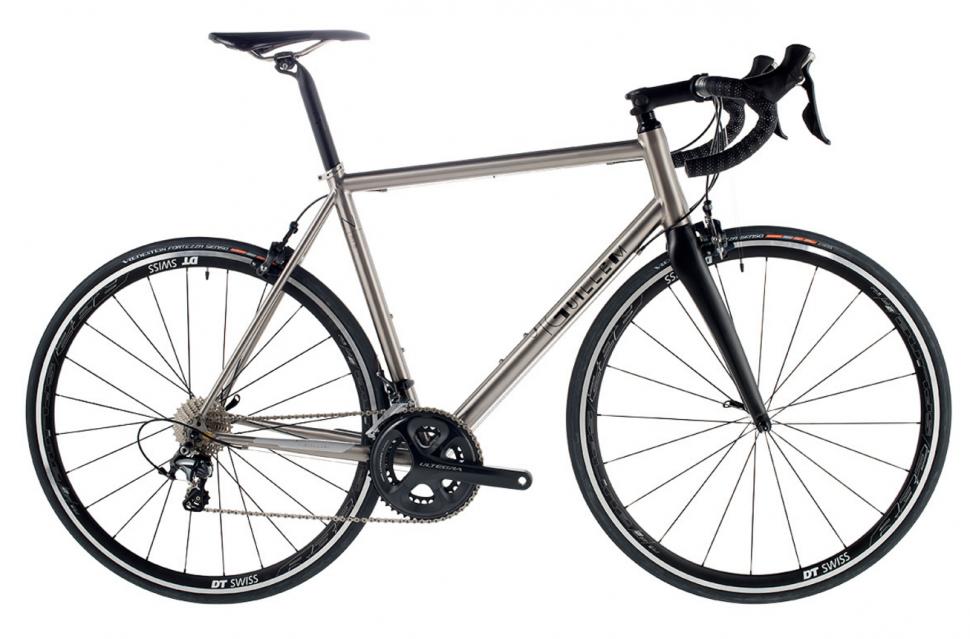 Lastly, this is the Major. At €1,985, it’s the company’s most affordable offering. Like the other frames, it’s made from 3Al/2.5V seamless titanium tubing and has a tapered head tube and there’s a press-fit bottom bracket. It gets the same 3D cast dropouts as the more expensive frames, and the geometry is billed as “competitive racing”. 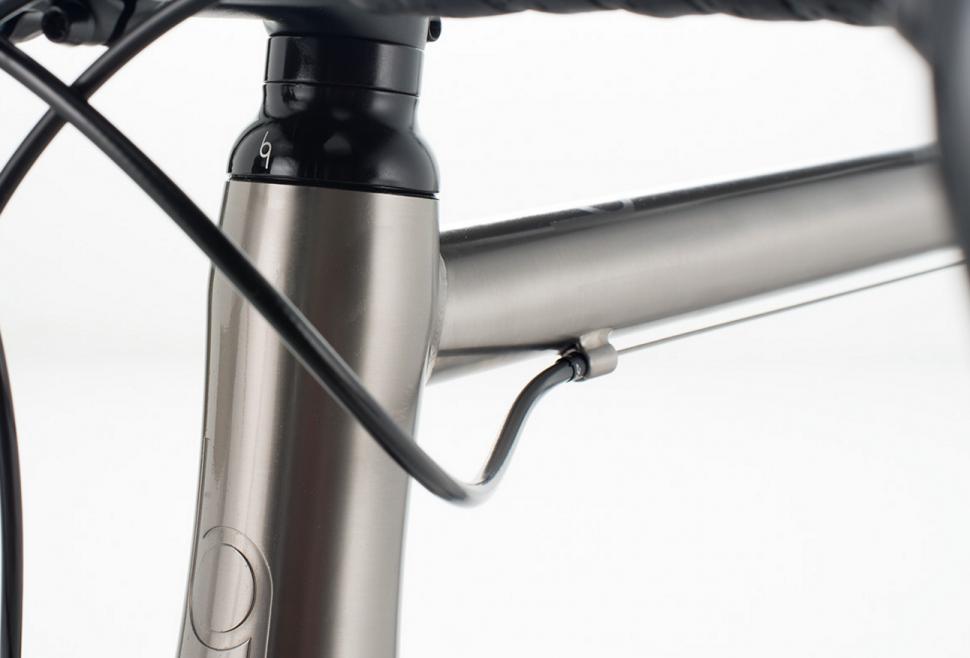 Each frame comes with a 35-day money back offer. There’s also a lifetime warranty and a crash replacement policy, where your frame can be replaced for 50% of the retail value.

Jan Willem has expertise with titanium. He founded Van Nicholas, but stepped down in 2013, following Van Nicholas becoming part of the larger Accell Group (and includes Koga) in 2012. It’s clear Willem has a passion for titanium and feels titanium is the best material for building a road bike. “He realised he had unfinished business, designing and building beautiful titanium bicycle frames that were beautifully fit for purpose,” says the press release. “He went back to the drawing board and began sketching. Drawing influence from the island’s stunning scenery, his inspiration returned. And he began developing and refining titanium prototypes.”

So there's probably space in the market for another titanium brand. On first inspection, these bikes look really nicely finished, and we look forward to getting one in for review soon.