ENVE develops new wide rim for wide tyres, will be disc brake only and tubeless-ready

A race as tough on equipment as Paris-Roubaix means it’s an ideal proving ground for new products, which is why we’ve seen so many new endurance bikes being tested over the cobbles in recent years. ENVE used this year’s race, with the Dimension Data team it sponsors, to put a brand new wheelset through its paces. 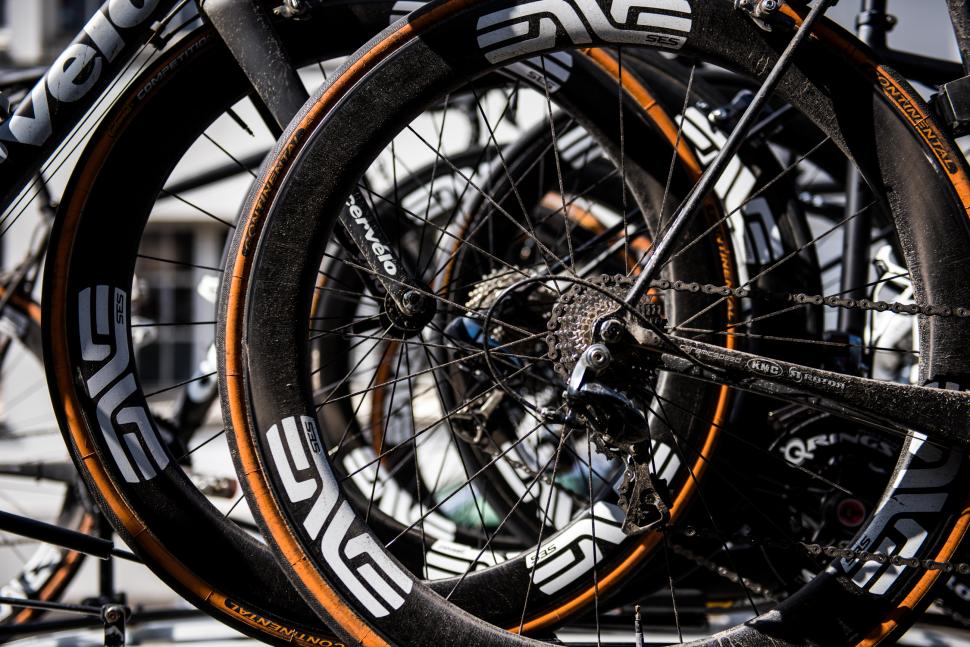 The new rim is dubbed the ‘4x4’ and it’s a new wide profile rim that has been designed specifically for 28 to 30mm wide tyres, and will join the SES range this summer. When released, it'll be disc brake only and come in a tubeless version.

Wider tyres dominate at Paris-Roubaix due to the brutal nature of the 52 cobbled sections. Wider tyres are also becoming hugely popular with the public, with a significant rise in the popularity of endurance and adventure bikes, helped by the addition of disc brakes, leading to more demand for wider rubber. 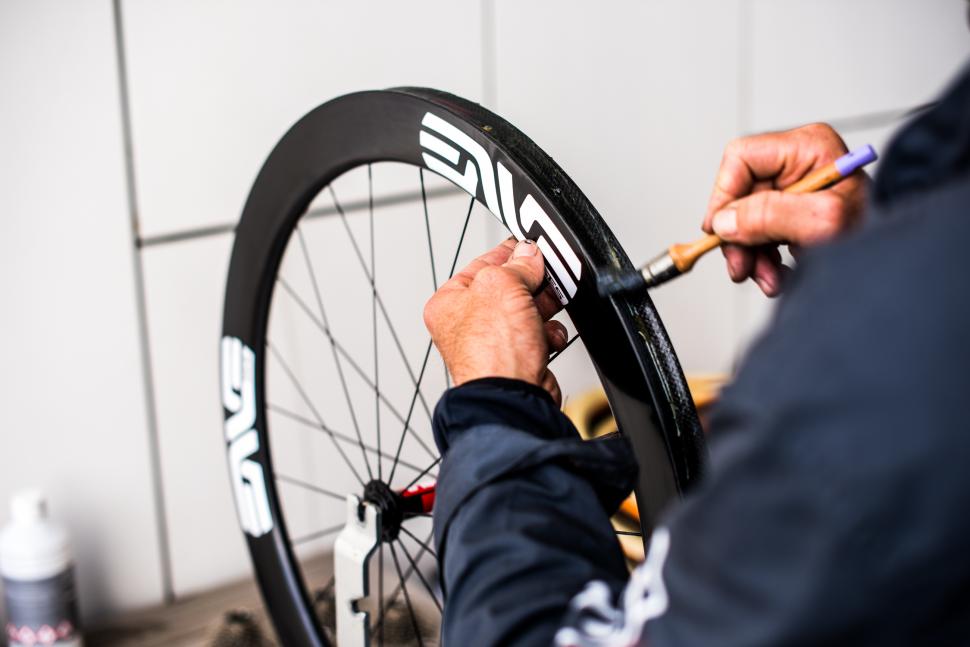 With wider rubber comes the need for wider rims. ENVE reckons the new rim, with 28mm tyres, matches the aerodynamic performance of its current SES 4.5 rim with 25mm tyres.

ENVE hasn’t at this stage released any details about the dimensions of the new rim. The current SES 4.5 rim has an internal width of 17mm for the rear and 18.5mm for the front, so we can presume the new rim is going to be wider than that.

You can fit a wide tyre to a narrow rim, but you’ll end up with a lightbulb effect as the tyre balloons on the narrow rim, which negatively impacts the aerodynamic performance. The narrow rim also doesn’t offer the same support for a wider tyre either, a combination which can lead to the tyre folding over the rim and squirming in corners. Development of the new rim began last year with Team MTN-Qhubeka when they were testing bikes and equipment on the cobbles, and ENVE realised they needed to design a rim that was aero optimised for the larger tyres used at Paris-Roubaix.

While Dimension-Data stuck with rim brakes for what turned out to be a dry race, ENVE tells us the new rim will be released as a disc brake only product in a choice of tubular or tubeless versions. ENVE says that the rim dimensions get quite large when designing for 28mm tyres and so the new rim was designed with disc brakes in mind. 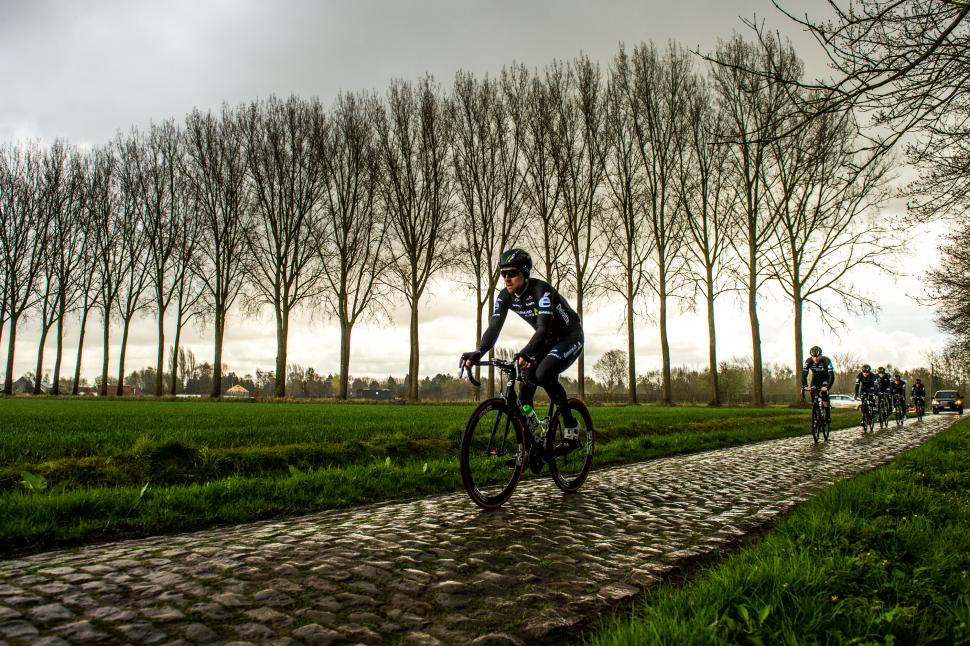 The fact it's only being released in a disc brake version reflects the way the market has shifted towards disc brakes and a growing demand for bikes built to be comfortable over longer distances, with space for wide tyres and often also space for mudguards.

- Trend spotting: Why you need to switch to wider tyres