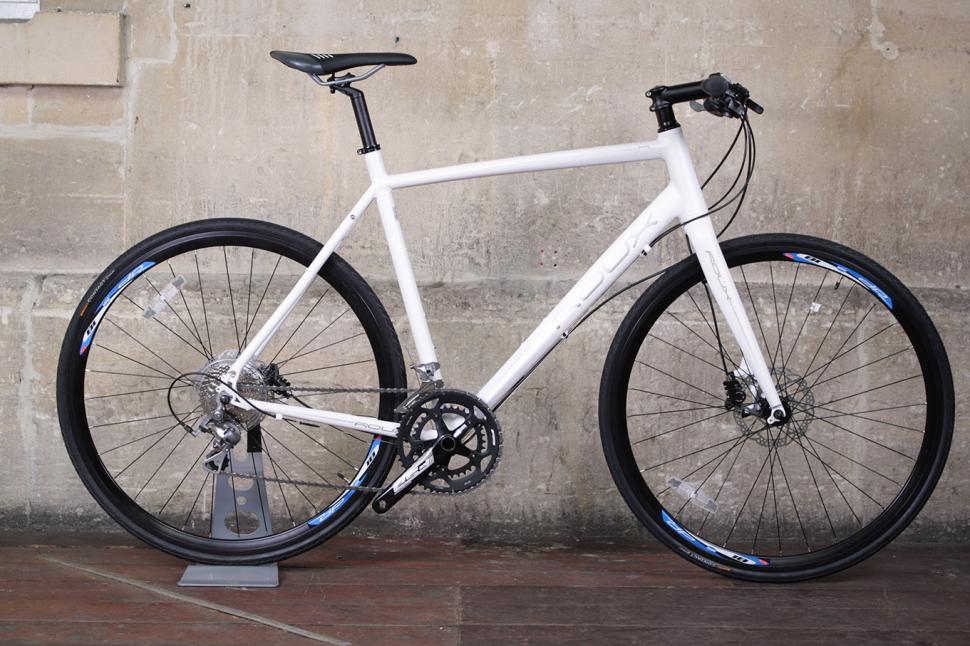 A multi-purpose flat-bar bike with hydraulic disc brakes, priced at £800
by Mat Brett

The Roux Foray P19 is a multi-purpose flat-barred bike for the road that’s built around an aluminium frame. It comes with a Shimano Tiagra groupset and hydraulic disc brakes, and is priced at £799.99.

Roux is a British brand and the P19 tops its Foray range of fast flat-bar bikes.

“It is an alternative to a drop bar bike and comparable in performance, it merely swaps some aero advantage for a more alert and comfortable position,” says Roux.

All three Foray bikes are disc-equipped and built around frames made from 7005 Series aluminium alloy with double butted tubing. 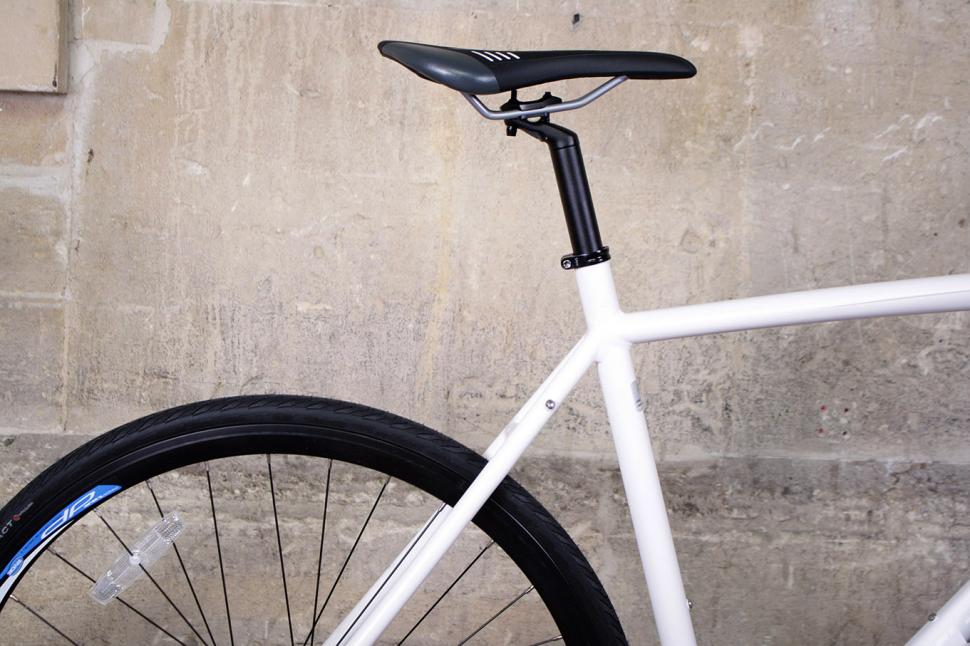 For those who don't know, butted means that the tube walls are thicker at the ends than in the centre to keep the strength where it’s needed while saving weight. Double butted simply means that the wall thicknesses at the two ends are different from one another as well. 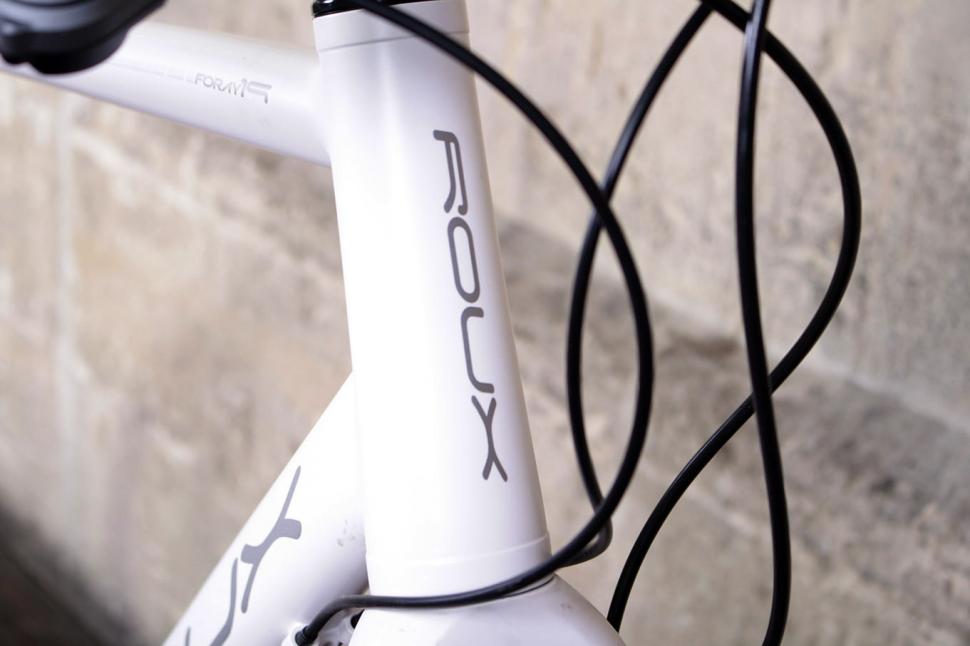 The Foray range kicks off with the £499.99 Foray P15 which comes with an aluminium fork and a real mix of components including mechanical (cable-operated) disc brakes from Tektro.

The £649.99 Foray P17 gets a carbon-legged fork and Tektro hydraulic disc brakes. We’ll get to the P19’s build in a mo but let’s check out the frame first. 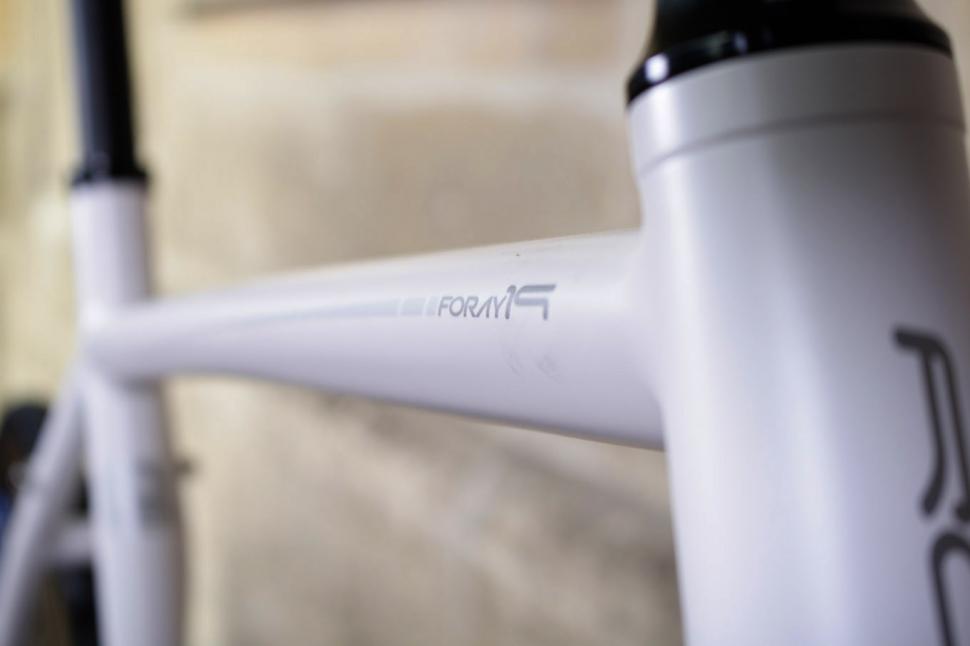 Some of the welds have been smoothed over. This doesn’t make any difference in terms of function but it arguably improves the appearance because there’s none of that typical ripple effect around the joints. 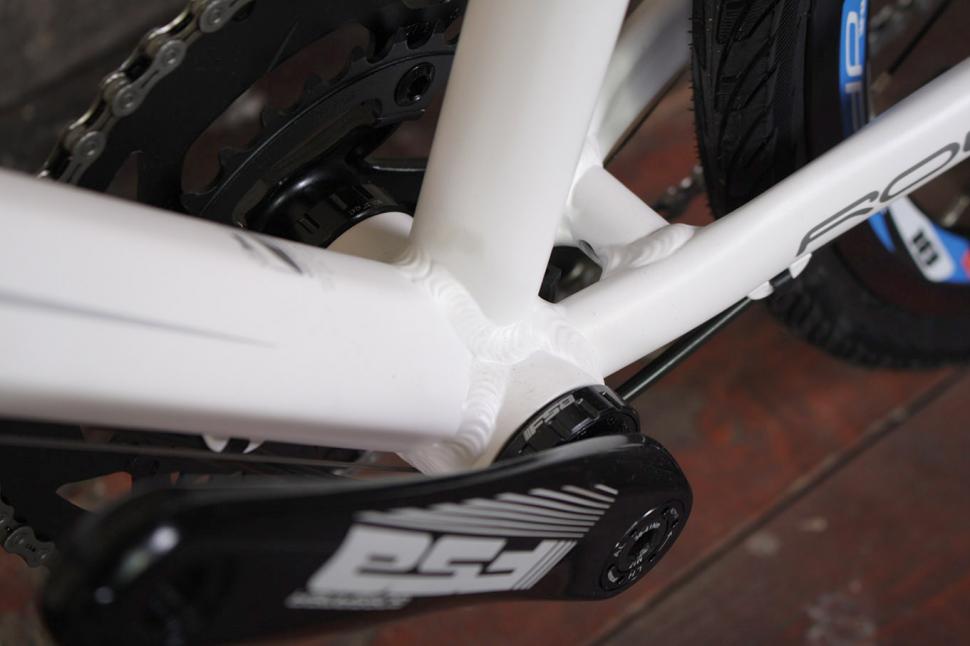 You can see the welds more clearly around the bottom bracket, but they’re a bit more tucked away down there. 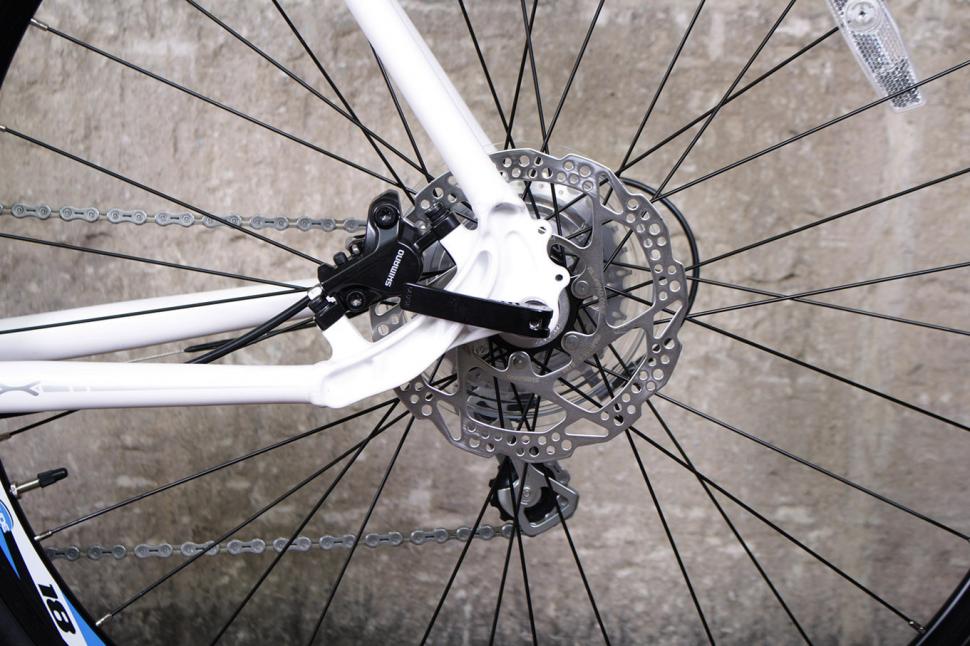 The frame has eyelets for both a mudguard and a rack, and you get mudguard mounts on the carbon-legged fork too. They add to the bike’s appeal as a year-round commuter, if that's what you have in mind. As you’d expect on a bike at this level, the cables run externally. 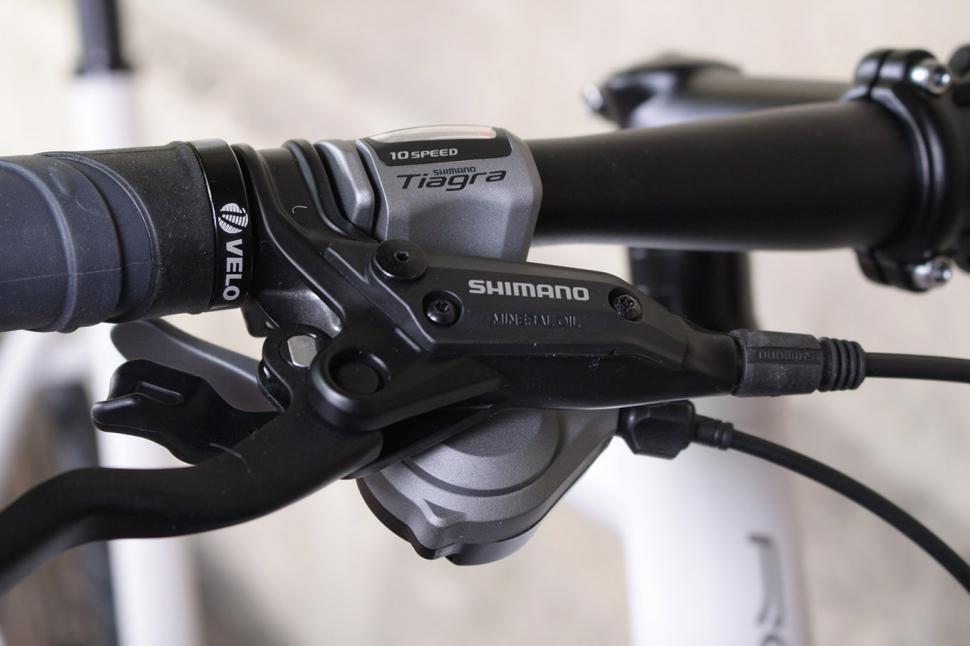 The Foray P19 is built up largely with Shimano’s Tiagra groupset. Tiagra is a mid-level system, sitting above Sora and below 105 in Shimano’s road hierarchy. It’s 10-speed and Roux uses Rapidfire Plus shifters on the flat handlebar to provide simple finger/thumb gear changes. A little display tells you the gear you’re currently using. 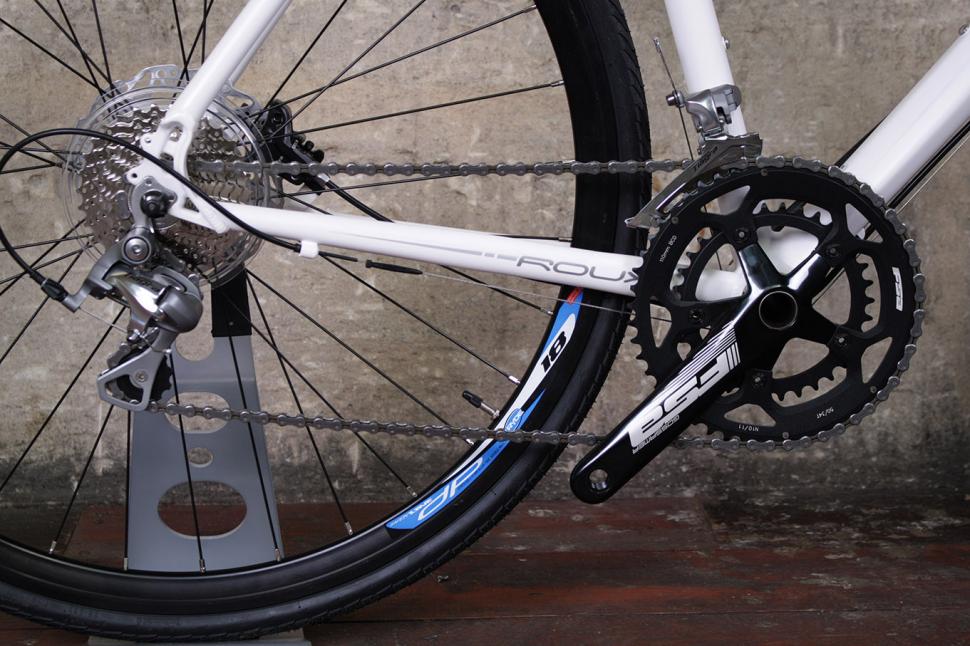 The chainset isn’t Tiagra, though, it’s a FSA Gossamer Megaexo. It’s a compact design – the chainrings are 50-tooth and 34-tooth – and it’s matched to a 12-30-tooth cassette. That means you get some quite low gears here (the lowest is 30.3 inches, if you work in such things) to help you climb tough hills or carry heavy loads without your heart beating out of your chest.

Stopping power comes from Shimano hydraulic disc brakes. They're non-series (they don't belong to any groupset), although they're Acera level. 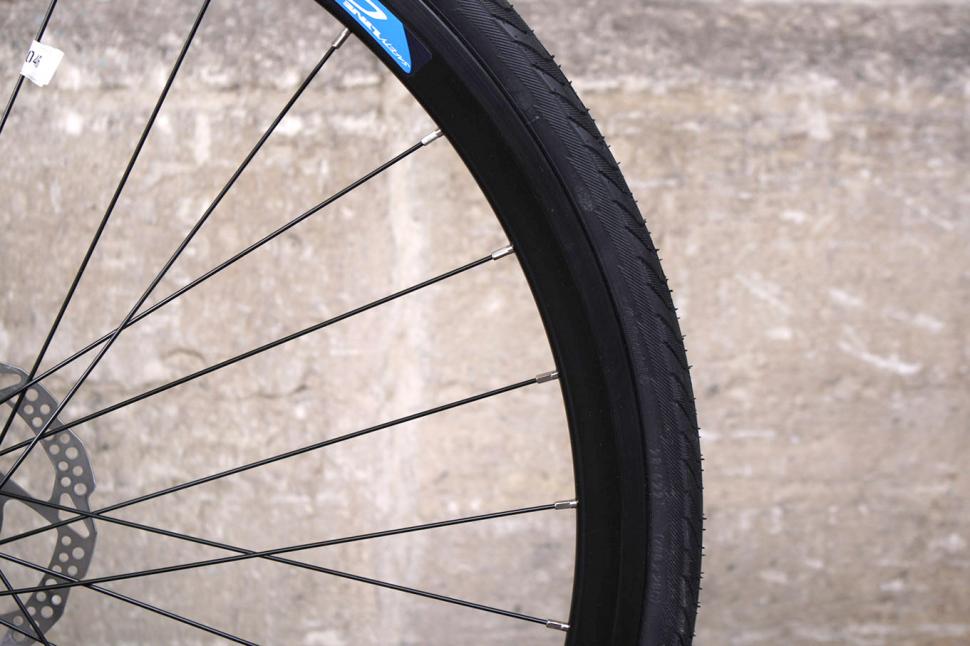 The wheels comprise Formula’s CX centre lock hubs with Ryde DP18 alloy rims that are designed to be sturdy and durable. The tyres fitted are Continental Contacts in a 28mm width. These all-rounders are made to be durable too, with a long-lasting casing and tread. There’s plenty of clearance for something of a larger volume if you want to increase the size of the cushion of air between you and the road. 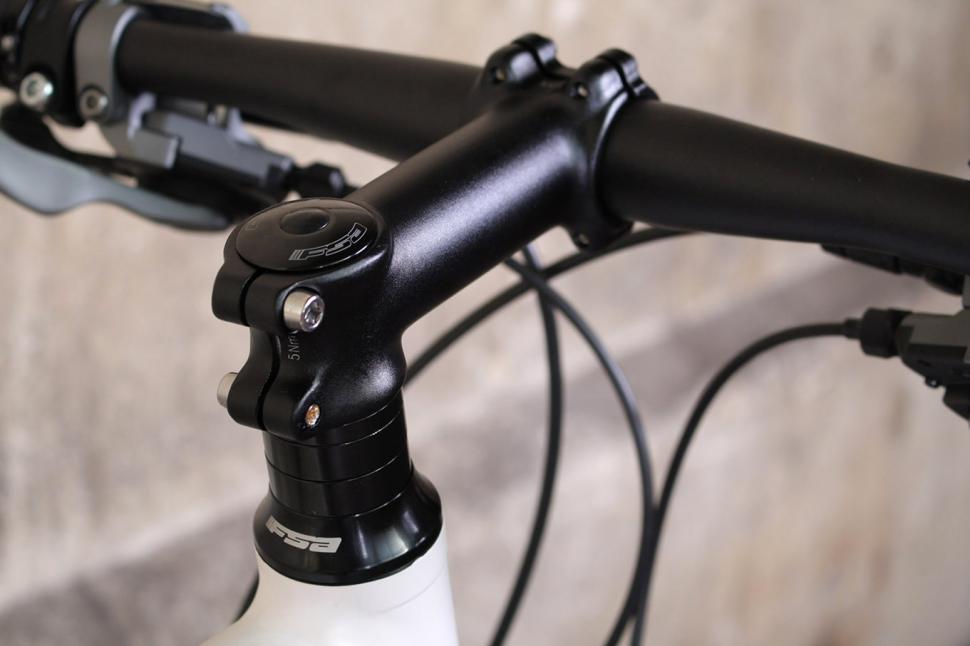 The seatpost, stem and handlebar are all aluminium alloy while the grips are locked in place so they can't slip. 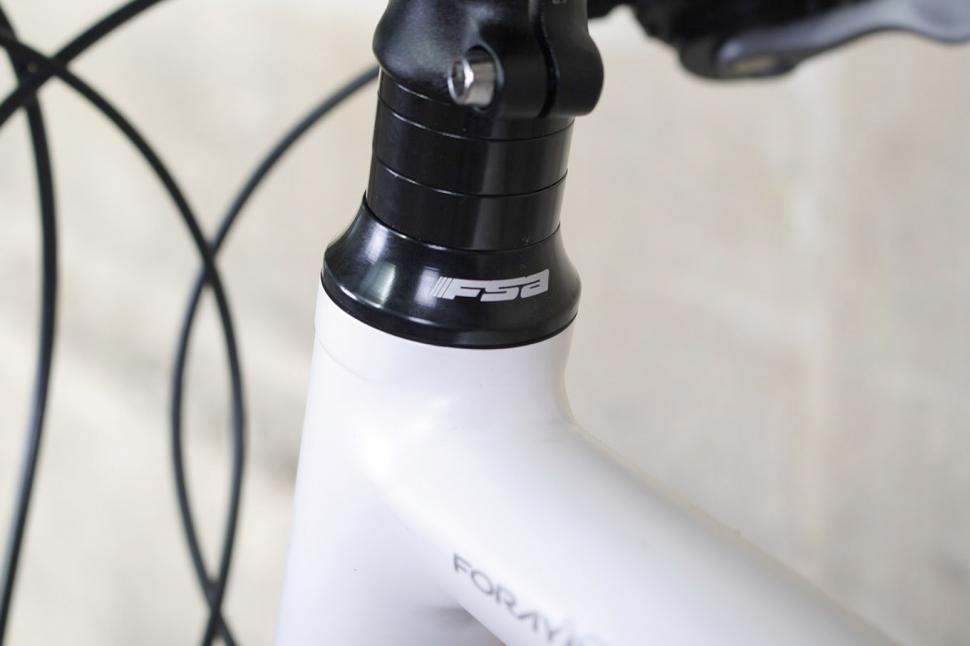 The Roux Foray P19 is available in three sizes: 52cm, 55cm and 58cm. We have the 58cm model here and it weighed in at 10.9kg (23.0lb). That’s not particularly light for a bike of this type and price, but it’s not especially heavy either.

Of the bikes of a similar kind that we’ve reviewed on road.cc recently, the closest in price to the Roux Foray P19 is the Kinesis Tripster ACE. I say ‘closest’ in price, it’s actually identical: £799.99. 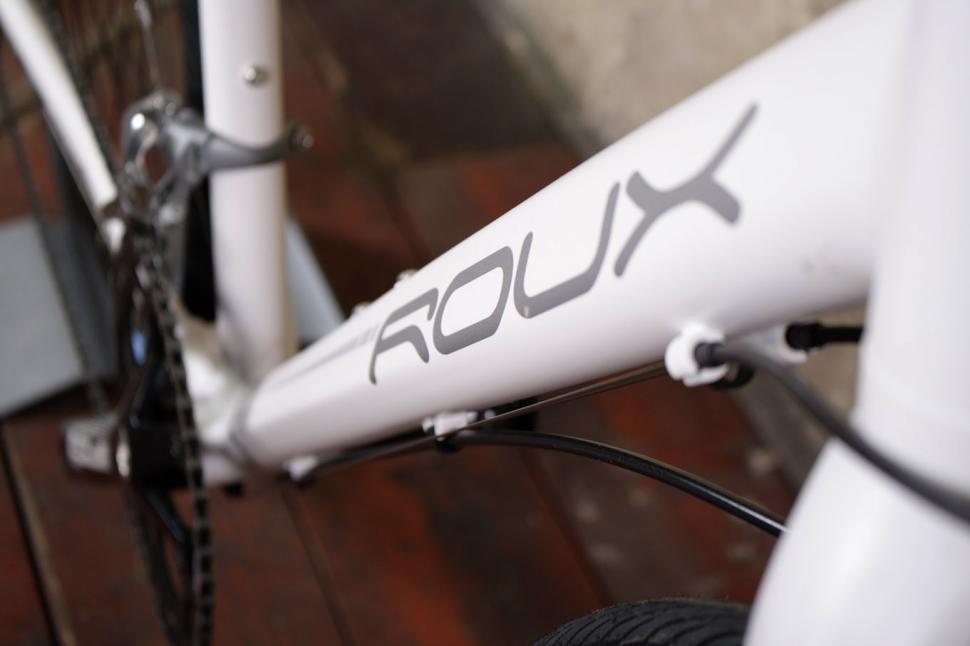 The ACE part of the name stands for ‘adventure, commute, explore’ and that tells you exactly how Kinesis pitches this bike. It’s built around a 6061 aluminium alloy frame and a carbon fork, but the groupset is Sora, a level below the Roux’s Tiagra. We rated it highly, calling it a “well-specced and solid-feeling workhorse bike that's fun to ride and built to last.” 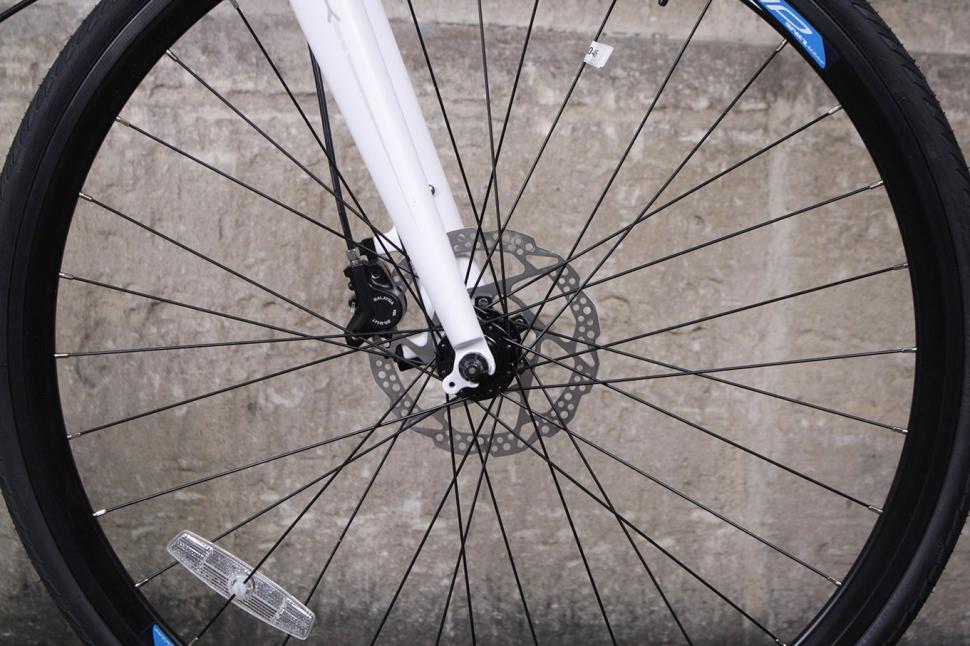 The Whyte Victoria women’s urban bike that we reviewed on road.cc 18 months ago is still available at £699 (the £750 men’s Portobello is similar). It’s a fast urban bike with an aluminium frame and fork, a Shimano Sora groupset and Tektro Auriga hydraulic disc brakes. We described it as a “stable but fun ride with a surprising turn of speed.” 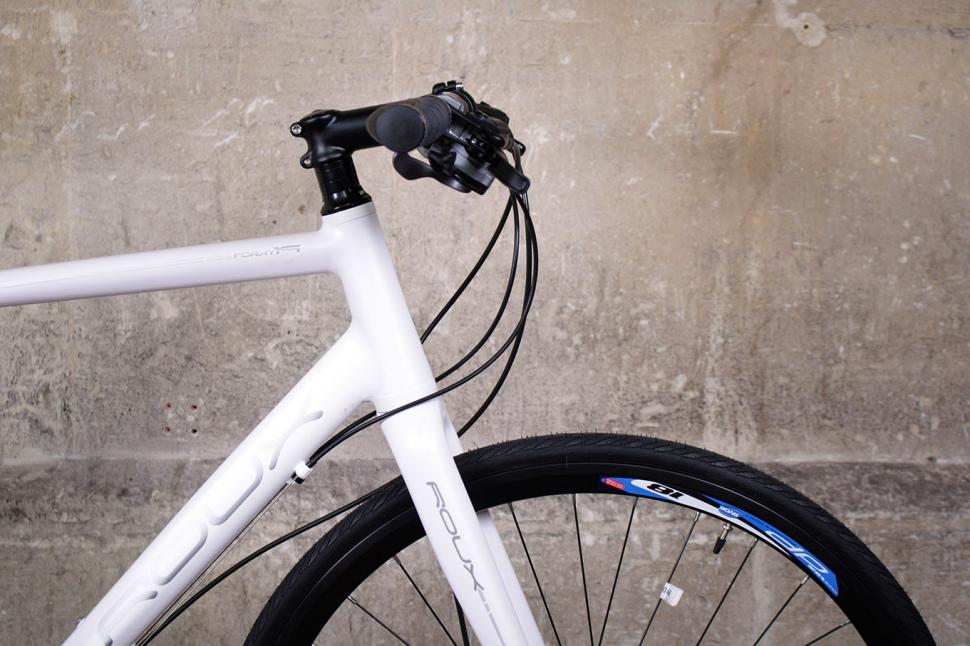 We reckon the Roux Foray P19 looks well-suited to general urban use, particularly commuting. The disc brakes and the ability to take mudguards could prove valuable when the weather’s against you, and the rack mounts will definitely be a boon if you need to lug cargo to and from work.

It doesn't have to be limited to town riding, though. If you fancy something for longer rides in the country and don't want drop bars, take a good look. 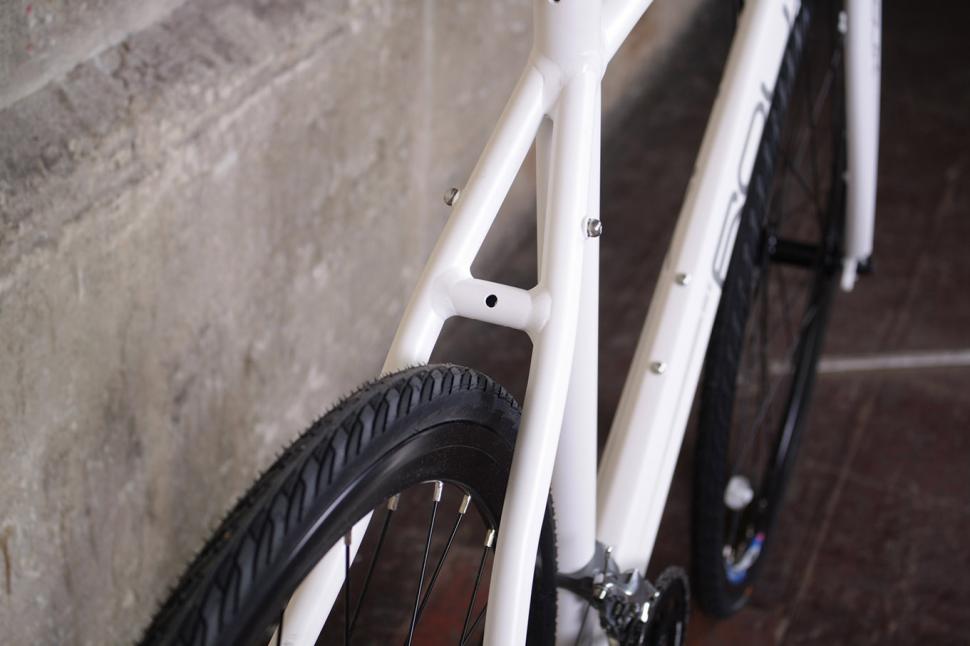 The 28mm tyres should provide plenty of comfort on the road and even on something like a bumpy canal towpath. But we’re getting ahead of ourselves. We need to get the Roux Foray P19 out there to find out how it really performs. Look out for a review on road.cc soon.