This is the new Bianchi Allroad, the Italian company’s entrant into the burgeoning gravel and adventure bike market. It costs £1,800 and it features an aluminium frame, carbon fork, Shimano 105 groupset with hydraulic disc brakes, and a dropper seatpost.

That last bit isn’t a typo. This is the first bike we’ve tested that features a height adjustable seatpost. Regularly found on mountain bikes, dropper posts (as they’re commonly called), are designed to allow you to easily lower the height of the saddle when encountering a steep descent. 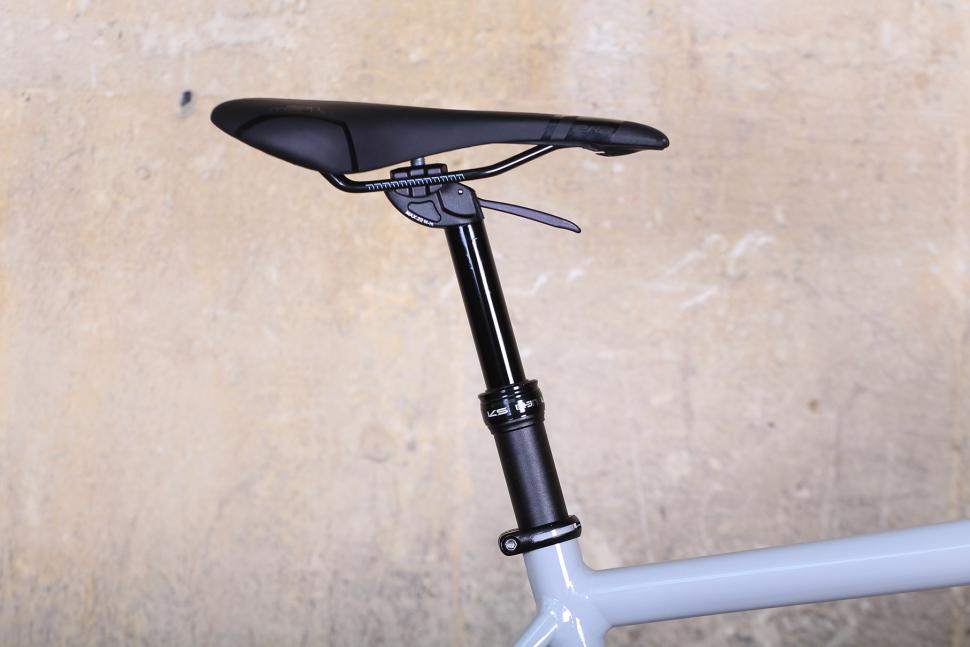 To clarify, it doesn’t mean you can adjust the height of the saddle by a small amount for the entirety of a ride. It’s intended to be used just on sections of an off-road trail when having the saddle lowered out of the way would make tackling said trail easier. On a mountain bike, a dropper post is most often used on a steep downhill trail, but  on this sort of bike, it could conceivably be used for sections of cobbles or very rough roads. 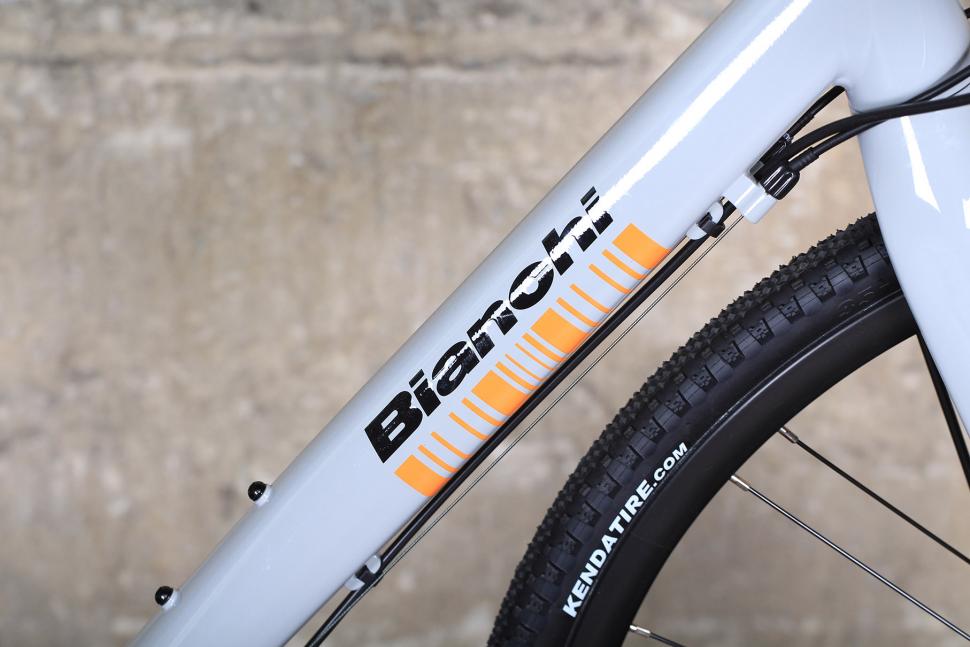 The dropper post in question is a KS E-Ten and provides 100mm of infinite adjustability, and is operated via a lever under the nose of the saddle. Pull the lever and use your body weight to lower the saddle as much as you need. Simple. The post does add rather a lot of weight to the frame, as it weighs 723g. And at £140, it's also more expensive than a regular seatpost. 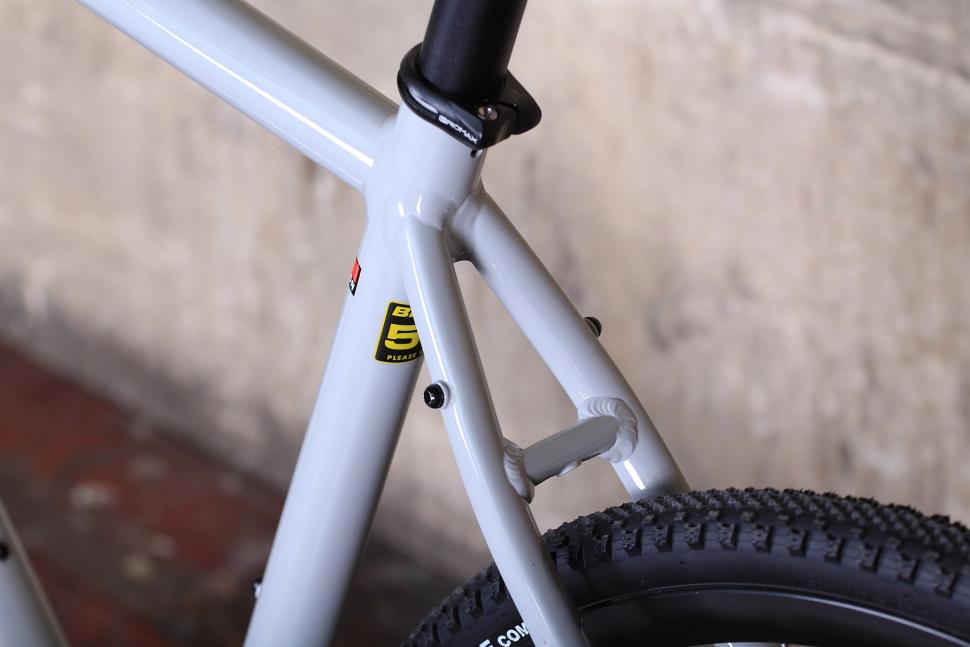 Moving on to the rest of the bike, the frame is made from 6061 aluminium with a tapered head tube and a full complement of mudguard and rack mounts. It’s a disc-only frame with a post mount for the rear disc caliper on the chainstay. The fork is made from carbon fibre with the same post mount fixing for the disc brake caliper. 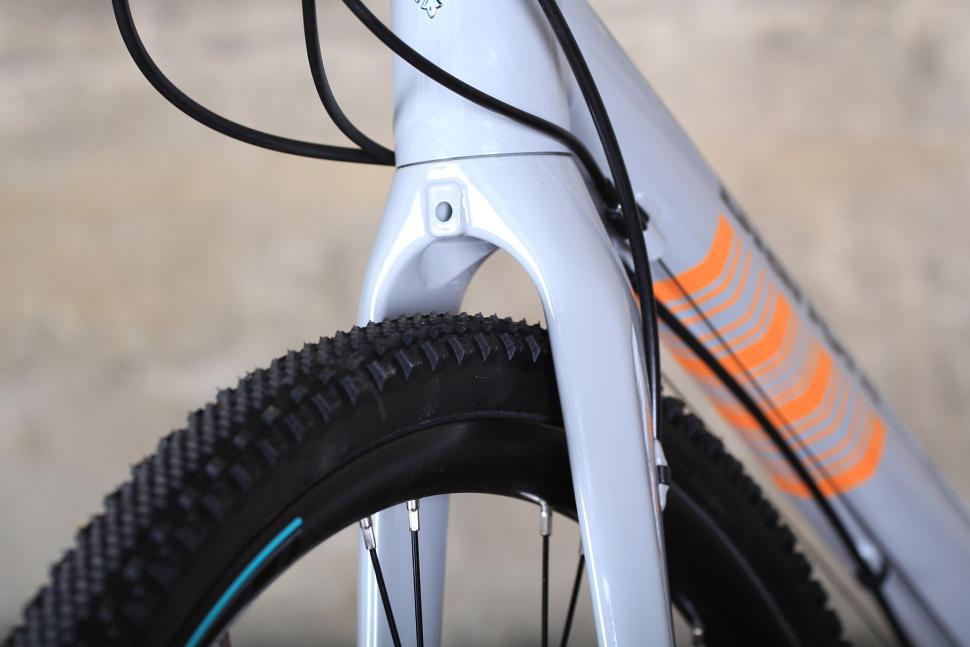 There’s space for up to 35mm tyres, and the specification makes full use of that as it ships with 35mm wide Kenda Happy Medium tyres. They’re mounted to Reparto Corse (Bianchi’s in-house brand) Draw 1.9 aluminium rims and Formula 32-hole rims with conventional quick release axles at both ends. 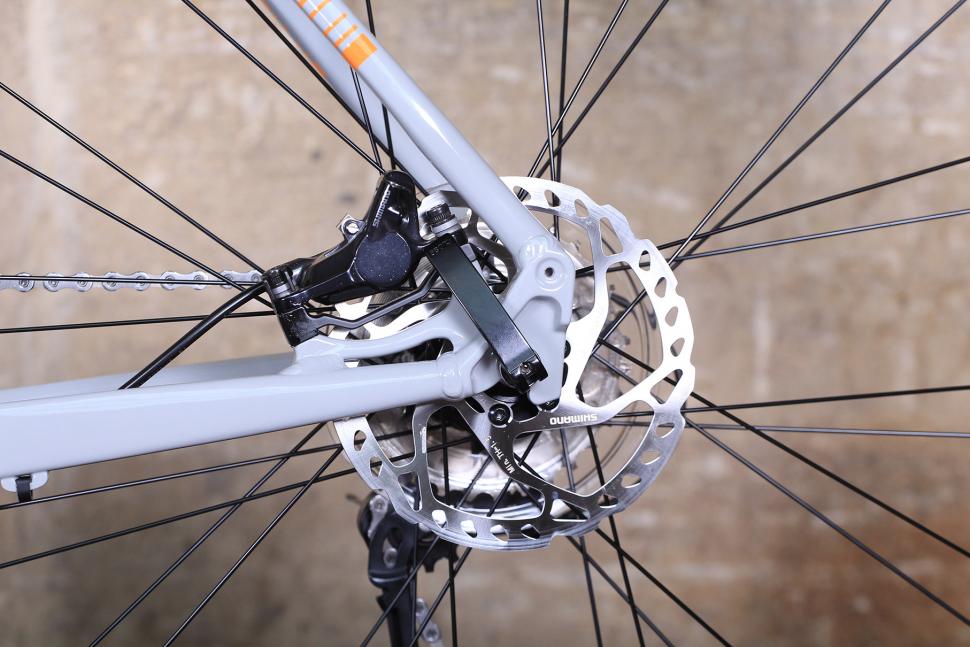 Bianchi specifies a Shimano 105 groupset with a wide-range 11-32t cassette and a compact 50/34 R500 chainset, which points to the all-round nature of the bike rather than a cyclocross racing focus. The disc brakes are hydraulic, being Shimano’s excellent RS785 calipers with 160mm disc rotors front and rear, and paired to RS505 Shimano 105 brake levers. The bike is finished with Bianchi's own saddle, stem and handlebar, with flared drops, something that we've seen on other gravel bikes like the GT Grade.

On the scales, the bike weighs 10.6kg (23.36lb) for the 55cm bike pictured. There are seven sizes in the range and the geometry is based on the existing Volpe, which features a slightly lower bottom bracket than a regular cyclocross bike, with longer 430mm chainstays and a shorter reach, to promote a more comfortable position.

1
Win an amazing 3T Exploro GRX Pro bike worth €4000!
2
Cycling UK complains to Sunday Times over Rod Liddle’s “piano wire at neck height” column – published on weekend a cyclist was hospitalised by riding into such a trap
3
Near Miss of the Day 415: Cheshire Police issue close pass compilation
4
Covidiots? Lancashire cyclists snapped on group ride contrary to lockdown rules
5
Durham cyclist kicked off bike by motorcyclist
6
Government to issue half a million £50 repair vouchers to get neglected bikes back on the road
7
‘Tempting’ – Sunday Times columnist Rod Liddle on stretching piano wire across road to target cyclists
8
Near Miss of the Day 413: Impatient driver at junction turns across cyclist (includes swearing)