We’re starting to see more race bikes with disc brakes emerging, and the latest to be unveiled for 2017 is the new Giant TCR Advanced Disc.

Giant’s long-running TCR, the go-to bike for racing cyclists and professionals, was only updated last year with a host of changes to improve, according to Giant, the stiffness to weight ratio. It doesn’t appear that Giant has radically redesigned the new bike around the disc brakes, suggesting that the new bike might have been developed at the same time as the rim brake version, as was the case with Specialized and its Tarmac Disc.

“The TCR platform has long been the bike of choice for Giant’s elite pro road racers, supplying several generations of riders with unrivalled all-around performance in the most demanding conditions and terrain. The new disc-brake version of the TCR was developed and field-tested over the past year with Team Giant-Alpecin riders,” says Giant.

Giant is no strange to disc brakes, of course, giving the full disc treatment to the latest Defy endurance bike when it launched two years ago, and that bike has been successful for the company. The Defy was developed at a time well before any common agreement had been reached on axle standards or disc rotor sizes, but things are rapidly settling down now, with 12mm thru-axles emerging as the main choice.

So Giant is using 12mm thru-axles on the new TCR Disc, with Shimano's Flat Mount standard to fix the disc calipers to the frame and fork.

There are three models of the disc-equipped TCR - Advanced SL Disc, Advanced Pro Disc and Advanced Disc. Essentially the three models are the same frame in terms of tube profiles and shapes, but the difference is in the grade of carbon used to build the frame, and the headset standard on the entry-level model.

The Advanced SL Disc is the lightest in the range (though Giant hasn't revealed a weight for this new frame yet) and uses the company’s Advanced SL-grade composite, while the two lower models use a cheaper grade of carbon fibre, with the least expensive Advanced Disc using a fork with an OverDrive head tube and fork, not the oversized OverDrive 2 of the two more expensive models. A more noticeable difference is the regular seatpost on the Advanced Pro Disc and Advanced Disc, whereas the top-end Advanced SL Disc has an integrated seat mast, just like the range-topping Defy Advanced as well.

To cater for disc brakes the new bike gets 12mm thru-axles at both ends, a size that is rapidly emerging as the new standard for all disc-equipped road bikes. The front disc hose is routed externally (because Giant says it’s lighter than being routed inside the fork) while the other gear cables and rear disc hose is tidied away inside the frame.

For sure the new bike differs in a few key places from the rim braked TCR, but in one important respect, it is identical. The new disc bike retains the identical geometry to the rim brake model, even down to the 405mm chainstays. We’ve seen most bike designers stretching the chainstays out to at least 415mm, following Shimano’s recommendation to avoid chainline issues. There are features that carry over directly from the TCR Advanced introduced last year, such as the PowerCore, an oversized bottom bracket, and on the top model at least, the Variant integrated seat mast. 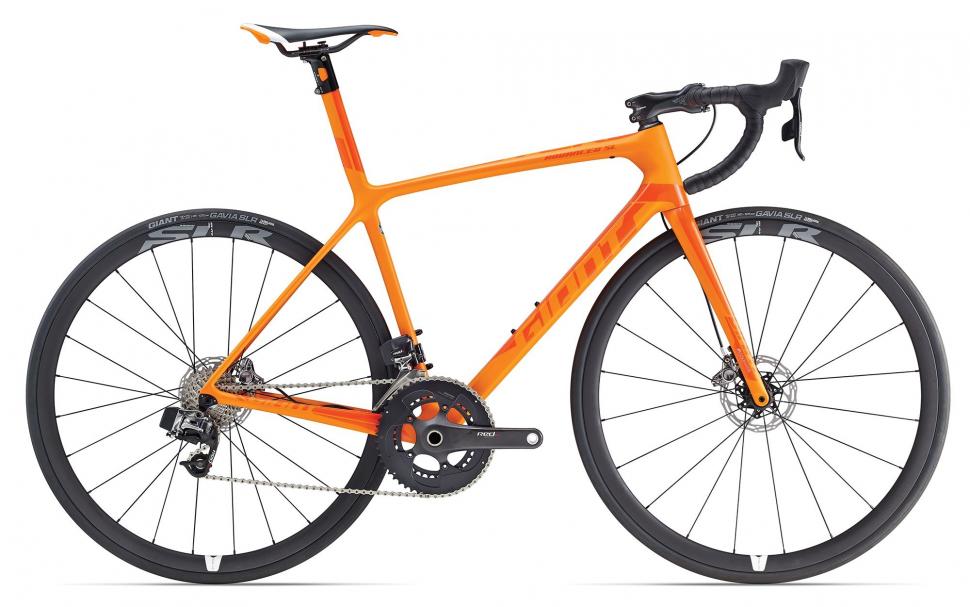 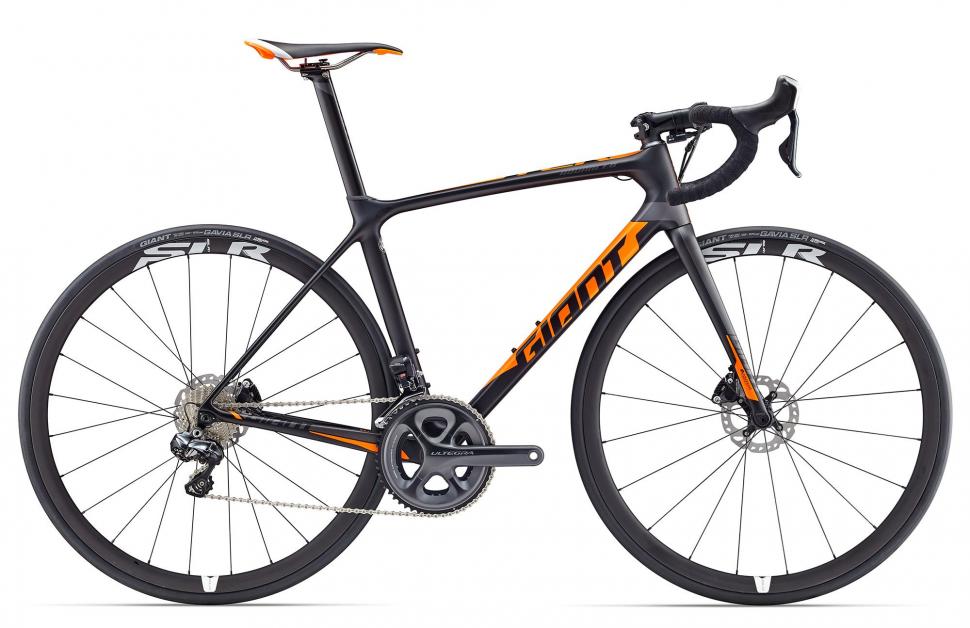 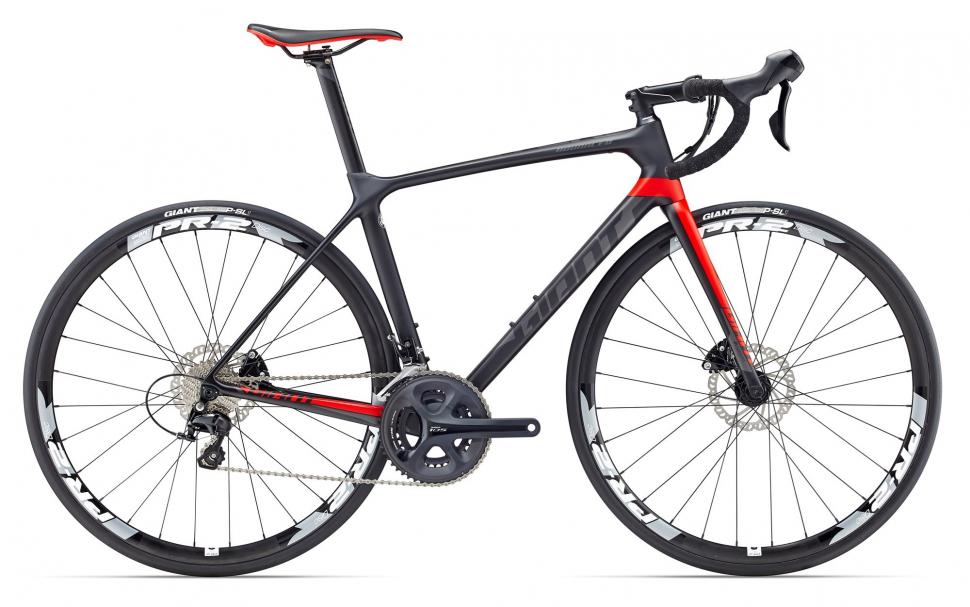 Lastly, the TCR Advanced 1 Disc is $2,375 and comes equipped with a mechanical Ultegra groupset with RS505 brake levers and hydraulic calipers, with a compact chainset and 11-28 cassette. Wheels are Giant’s Performance Tracker Road Disc model (which isn’t tubeless compatible) with familiar P-SL 1 tyres in a 25mm width.

More at www.giant-bicycles.com, and more details including prices when we get them.