Orbea’s Orca race bike has come a long way since it was first introduced over a decade ago, and a lot has changed even since I last reviewed it in 2014. I recently visited Orbea to take a closer look at the Basque company’s operations and to put the 2017 Orca - which debuted under a cloak of camouflage paint at this year’s Tour de France - through its paces on the very roads it was developed on.

The Basque company has constantly tweaked and fettled the Orca over the years. It has got lighter, aerodynamics have improved, stiffness has ramped up, but through that process, and especially with this latest generation Orca, it has lost some of the distinctiveness that set the older Orca bikes out from the crowd. 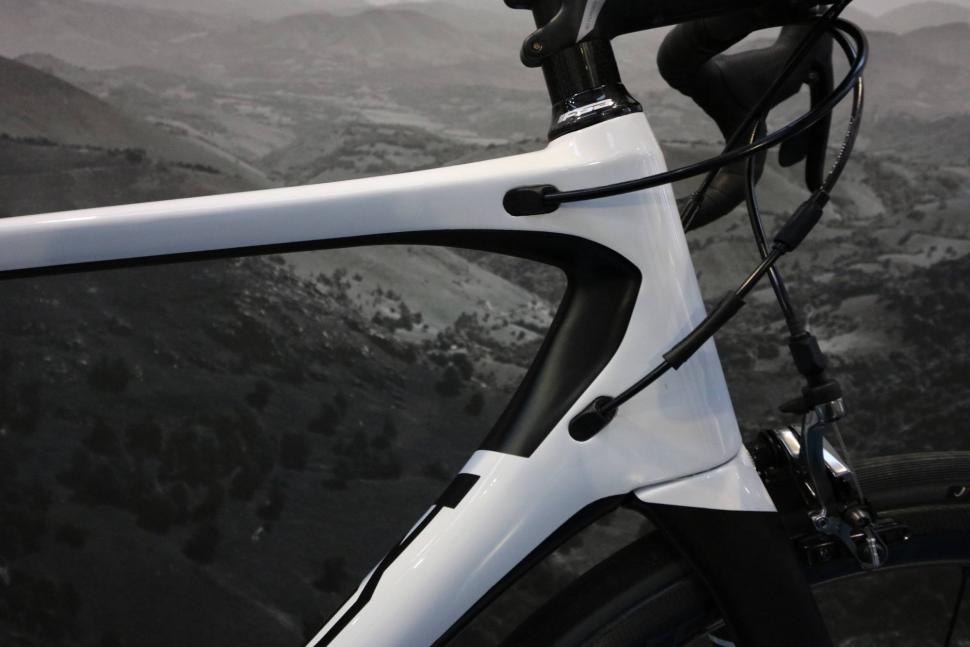 That visual change has been a result of the development plan aimed at reducing weight and improving the aerodynamics even further. Revised tube profiles, no much rounder than before, and a reworked carbon fibre layup has netted an 80g saving, with a 53cm frame coming in at a claimed 790g. That quoted weight is for the highest specification OMR (Orbea Monocoque Race) frameset. It uses a higher quantity of high modulus carbon fibre along with a more intensive carbon manufacturing process that reduces the number of carbon layers and the overlap of the different layers. 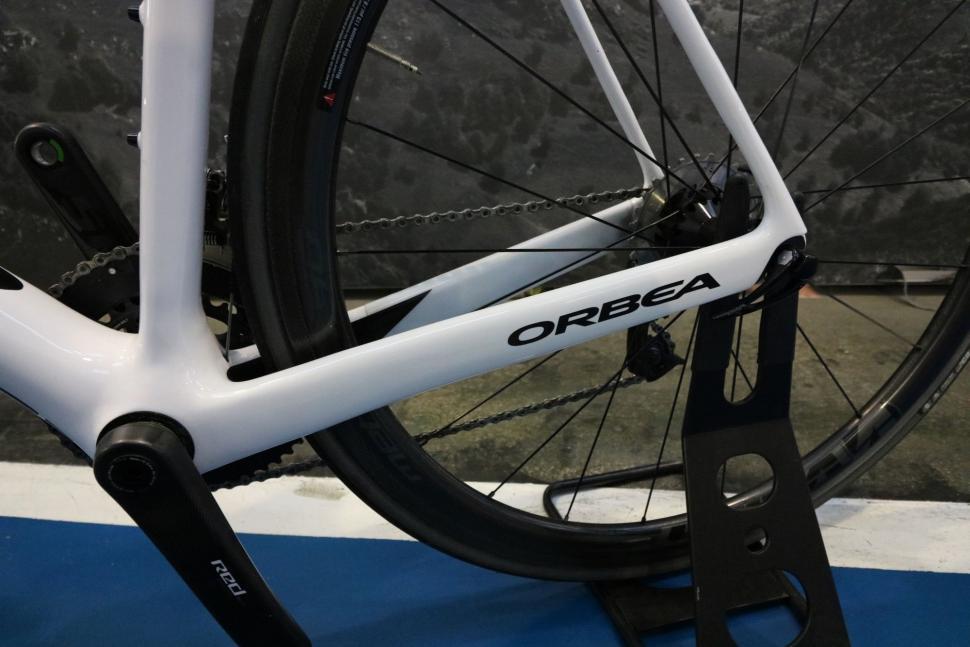 (Beneath this top-end offering is the OMP (Orbea Monocoque Performance) frame and OME (Orbea Monocoque Evolution) frames. They use the previous generation Orca frame design which differs both in shape and geometry, and each uses a lower grade carbon fibre in a less intensive manufacturing.)

Sticking with the new Orca OMR, alongside the quest to reduce weight has been a clear desire to increase frame stiffness. A BB386 bottom bracket provides a massive area for the oversized down tube and chainstays, which are significantly larger in profile than before, and there’s a 1.5in tapered head tube up front. The seatclamp is now integrated into the top tube. This allows more seatpost to be extended from the frame for a bit of additional compliance. The Orca will now clear 28mm tyres, too, in line with most other new race bikes. 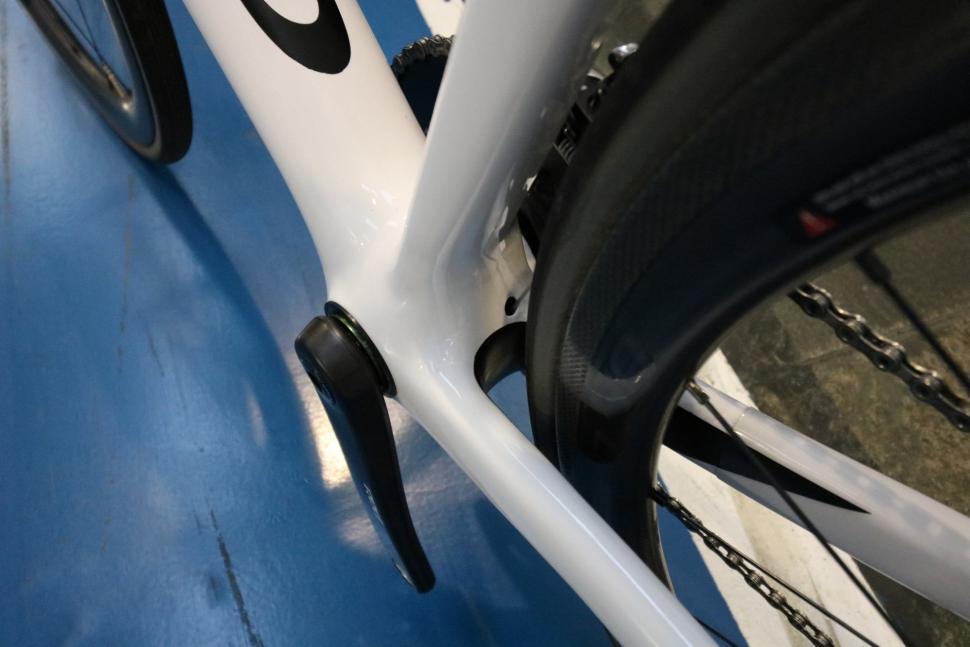 The fork is brand new. Called Freeflow, the fork blades bow outwards which both increases the tyre clearance and improves aerodynamics, by reducing turbulent air between the fork and wheel spokes. The new fork is also 5mm shorter, which serves to save a little weight and stiffness has increased over the old fork design. 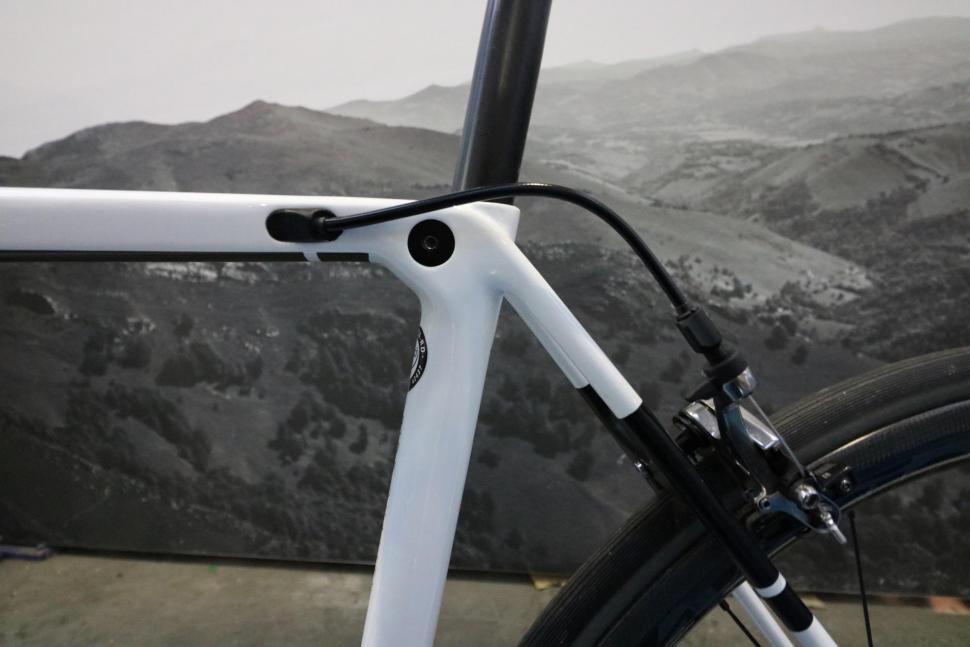 Changes you can’t see include a slightly revised geometry. Based on feedback from the Cofidis professional team the company supplies bikes to, Orbea’s designers have tightened up the angles to make the ride more aggressive. The wheelbase is a bit shorter (991m versus 996mm), the head angle steepens to 73-degrees with the fork rake changing from 53mm to 43mm, and while the 168mm head tube is the same, the new fork is 5mm lower.

And for the first time, the Orca is available in both disc and rim brake versions. For the disc bike, Orbea has specced 12mm thru-axles with flat mount at both ends. The disc frame carries a small 45g weight penalty over the rim brake version, but lighter than the old rim brake bike. 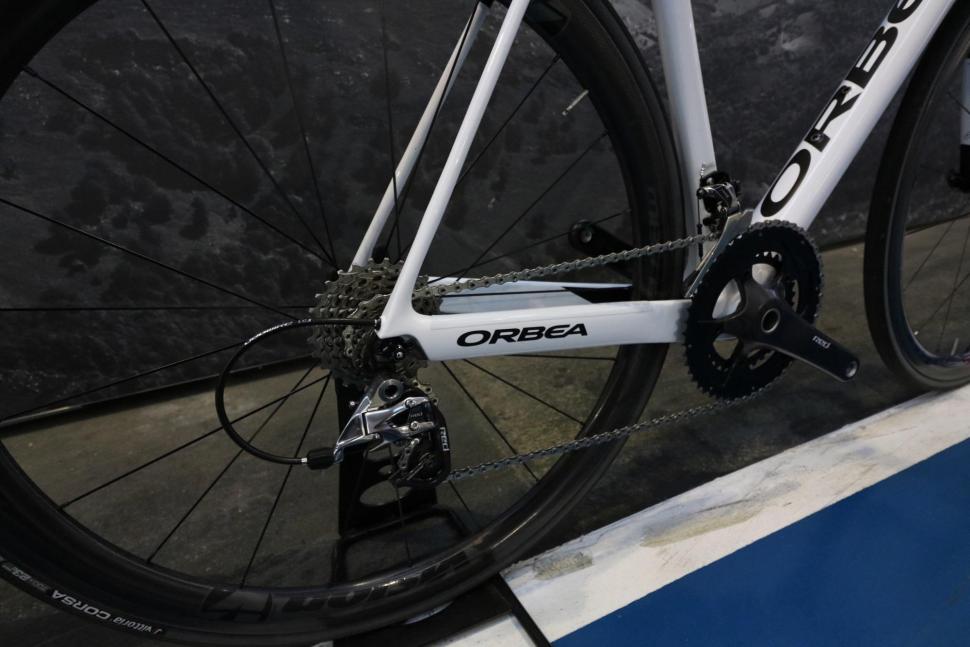 The disc Orca wasn’t available, but I rode the Orca M11LTD model with a full SRAM Red mechanical groupset and Vision Metron 40 carbon clincher wheels, FSA carbon stem, handlebar and seatpost and finished off with the aforementioned SLR saddle and Vittoria Corsa tyres. It’s not a cheap bike, priced as it is at £6,499, but builds start with from £2,999 with Ultegra parts.

Orbea offers a huge range of models, and each can be customised through its MyO website. Think of it as similar to Trek’s Project One, with a raft of component options and frame paint schemes to choose from. You can even have your name painted on the frame.

Rolling out of the Orbea headquarters in Mallabia and we’re straight into the rolling roads that weave through the beautiful Basque Country, and here it’s immediately clear Orbea has achieved its aim of making a racier race bike. It’s very alert, agile and responsive.

We ride roads that are for the most part very smooth and flatter the directness of the Orca. But two things are immediately clear: it’s incredibly stiff and the steering is fast and crisp The feedback from the road is very detailed - care needs to be taken when negotiating rumble strips and speed humps for fear of being ejected off the saddle. 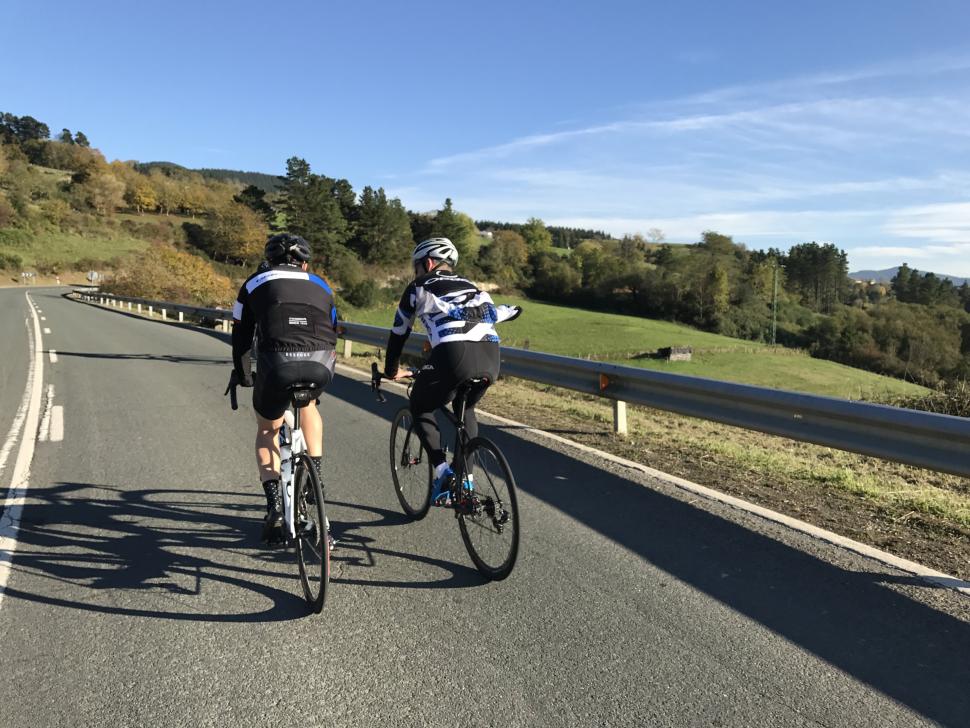 The upshot of that stiffness is the way the Orca steers. It has the sort of precision you only get in the very best race bikes. Once you’ve dialled into the fast handling response, and it takes a few miles to tune into, you can start to make the Orca dance along the road. It’s precise on the descents and darts through the turns. Dynamically it’s a very exciting bike, exhilarating at high speeds yet finely balanced at lower speeds.

Where the high stiffness level comes into play in a positive way is on the climbs, And there are plenty of climbs aplenty in this part of the country to test the Orca’s climbing ability. Climbing out of the saddle is a hugely rewarding and satisfying thing, there’s no sense that the bike is wasting any of your watts at all.

I’ve ridden a lot of race bikes over the years but few have come as close to providing the same stiffness as Orbea has put into its new Orca. It’s clear the changes have pushed the new Orca into the upper echelon of race bikes with a lighter, stiffer and more aggressively shaped bike. Of course, testing a new bike on unfamiliar roads is far from the most extensive test, so we'll hopefully get the new bike in for review on our own local roads so we can really see how it performs.

1
Police investigating cyclist Tony Parsons' disappearance confirm his body has been found
2
Near Miss of the Day 521: Close pass ... by a police van (plus how it all went a bit Kafkaesque afterwards)
3
Cyclist crushed after farm worker failed to secure straw bale to trailer, court told
4
RBKC to reconsider removal of cycle lanes on Kensington High Street – without lead member for transport
5
Jeremy Vine films motorist driving down Hyde Park cycle path
6
Have your say on rat-running motorists driving through London’s Royal Parks
7
Bike at bedtime: Cotic Escapade
8
Police in Forest of Dean send group of seven mountain bikers back to Wales for lockdown rule breaches