Here's a quick video of FSA's new K-Force WE semi-wireless groupset in action. We've told you about K-Force WE a few times before and now FSA has revealed that the UK price for the complete groupset (including rim brakes) will be around £2,200. First full scale production is planned for May and FSA's goal is to get K-Force WE to market at some time this year. Pro teams including Astana, Direct Energie and Cofidis will be using it in 2017. 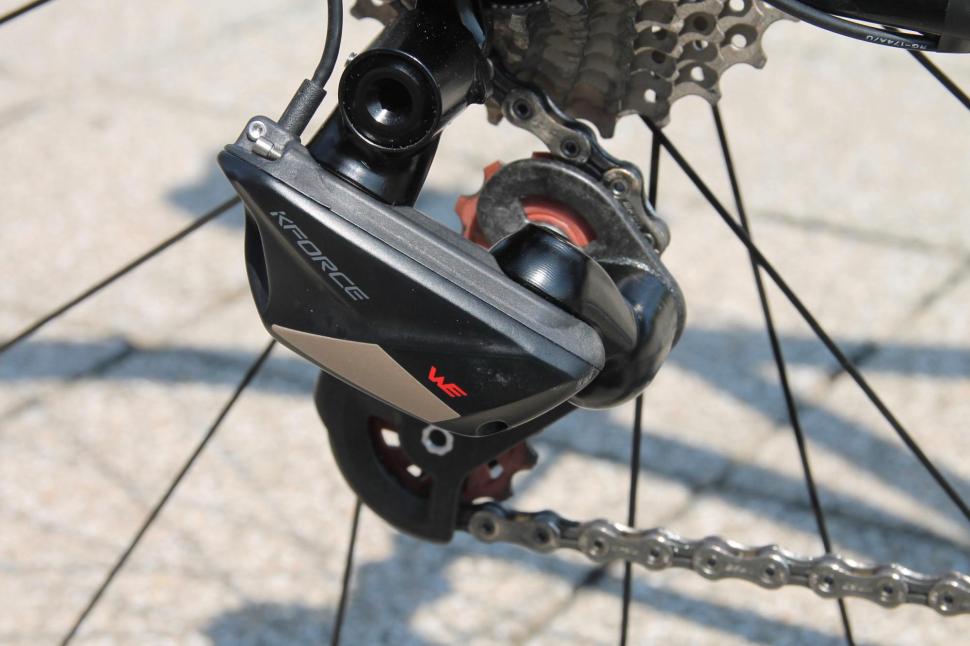 The groupset uses ANT wireless protocol to communicate between the shifters and the front derailleur while the front and rear derailleurs are wired together. The system can communicate with other devices, such as Garmin Edge bike computers, via ANT+. 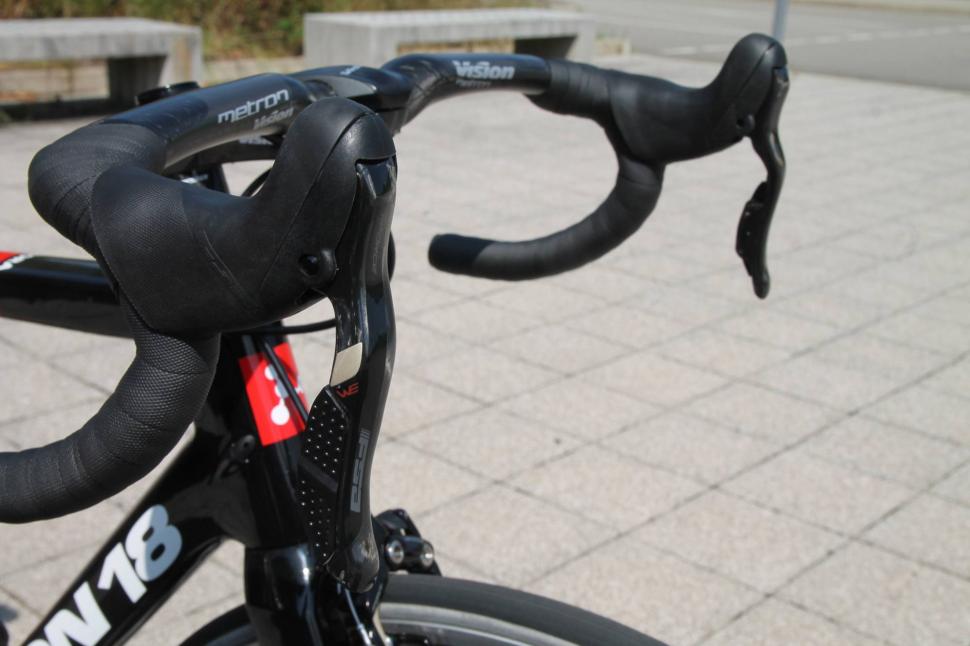 FSA says customisation has been a big part of the development of the groupset. It has developed a companion app to enable drivetrain settings to be adjusted so you can specify what each shift button does and the speed of multi-shifts if you keep the button pressed in. The app does a lot more than customisation, it provides a shift count (absolute and from each battery charge) and battery management. FSA says it's able to calculate the remaining battery expectancy based on the use of the bike and the number of shifts conducted by the user. It could potentially allow you to improve the way you shift gear to increase the battery life, such as not shifting under load, which FSA says uses more juice. The battery is usually concealed inside the seat tube (it's the same size as a Shimano Di2 internal battery) and FSA claims a long battery life of between 4,000 and 6,000km. It is recharged in 1.5hrs via the front mech. 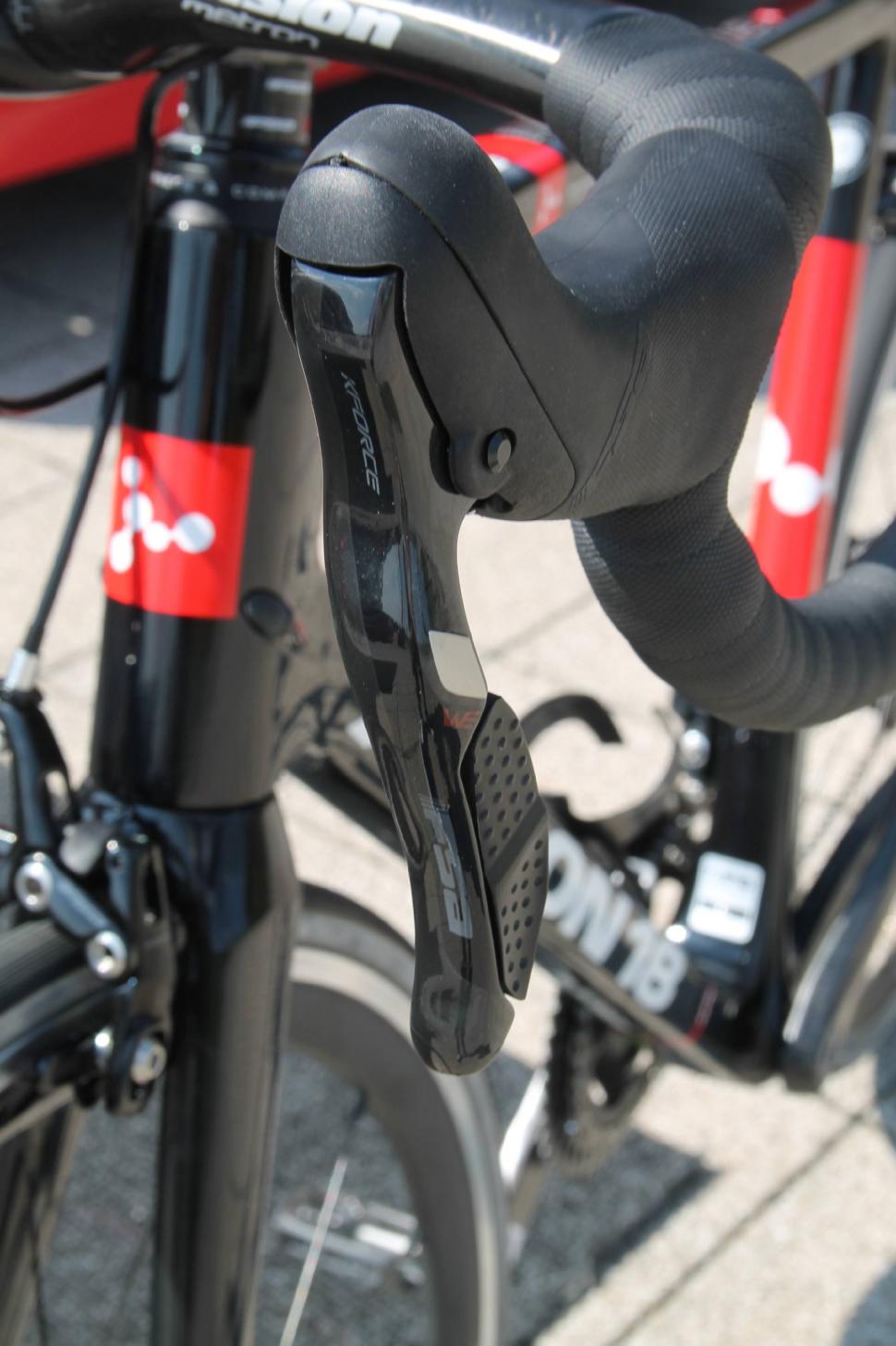 Further adding to the customisation, the shifters, uniquely, will be offered with two brake lever lengths: standard and compact. The compact lever is 6mm shorter than the standard version.

The shifters also feature adjustable reach, carbon fibre brake levers to keep the weight down and are powered by small coin cell batteries The use of ANT+ also means the groupset will be compatible with various devices like Garmin’s popular Edge series of computers. The shifters uses a sprung paddle that levers that rocks up and down to change gear. 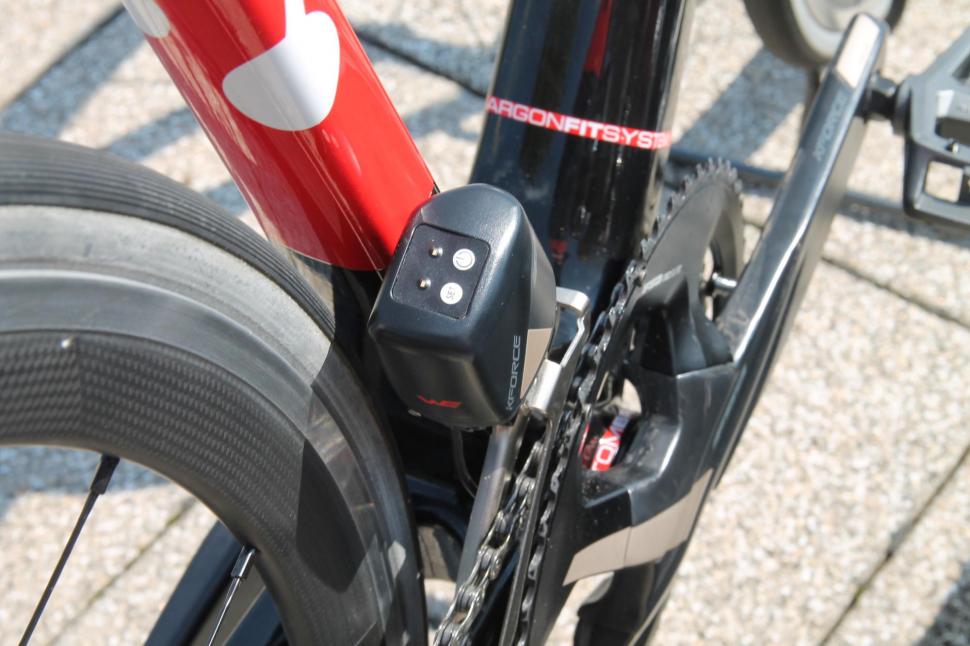 The K-Force WE front derailleur is the main brain of the groupset. There's no individual junction box like there is with Di2, it's all housed inside the front derailleur. The front derailleur uses a rack and pinion mechanism for precise, quiet and rapid shifting and it auto trims to avoid chainrub on the side plates. A coloured LED light system is used for indicating the battery level. A blue light means 100% charge, through green and yellow to red when it has just a few kilometres before a charge is needed. It features stainless steel and titanium hardware and has a 16T capacity, and has the same gold and black graphics. 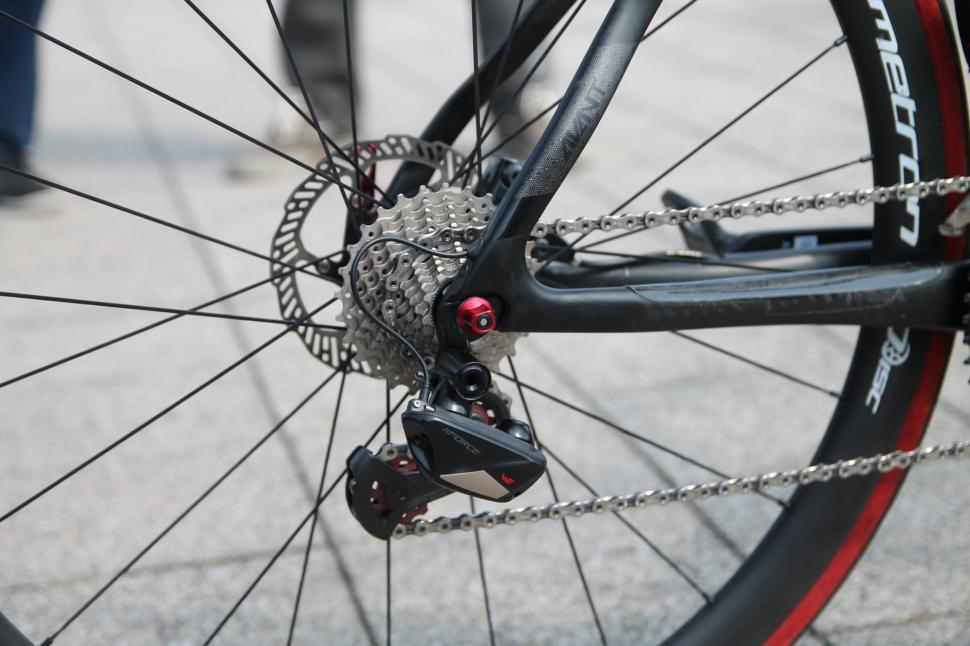 The K-Force WE rear derailleur has a lightweight composite cage design with low friction composite pulleys, with a carbon fibre finish with gold and black graphics. It uses a single arm construction with a mini gearbox, featuring three small cogs, that it says provides high shifting accuracy. 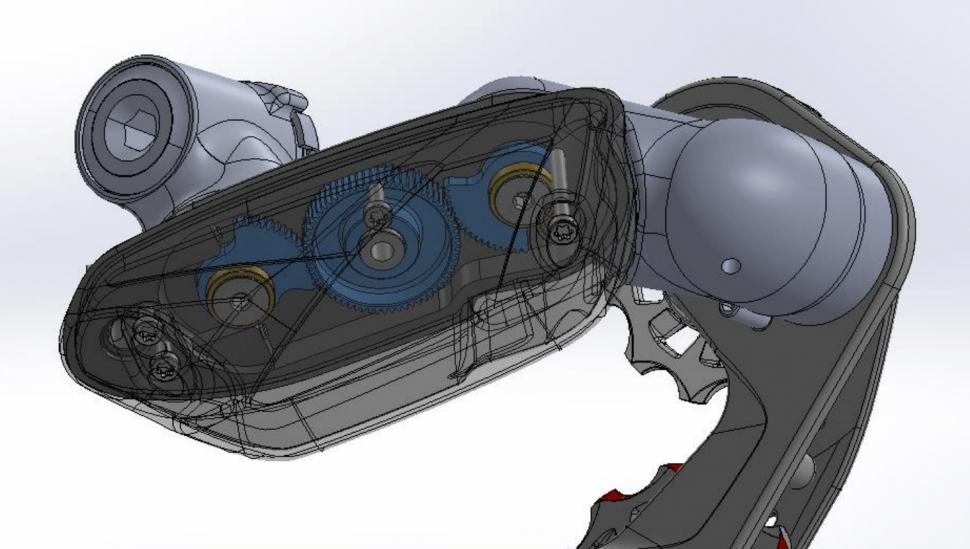 The brand new K-Force WE chainset features hollow forged carbon arms with a forged aluminium BB386EVO axle, with CNC machined AL7050 chainrings that feature a brand new pin design intended to improve shifting for the electronic shifting. The chainset will come in 53/39-tooth, 52/36-tooth and 50/34-tooth options while the cranks will be offered in 165mm, 170mm, 172.5mm, 175mm, 177.5mm and 180mm lengths. Finally, it has developed new dual-pivot brake calipers with a low profile design for better aerodynamics and a low weight of 299g for a pair.

The total weight for the groupset is a claimed 2,090g. Next up will be a disc brake version, one for time trials bikes and a 1x version. FSA has shown a hydraulic disc brake version, but it has not provided any details yet. The shifter body is slightly different in shape, longer but not taller, with a noticeable bump along the top. The callipers are flat mount and it looks to have developed 140mm rotors as well. 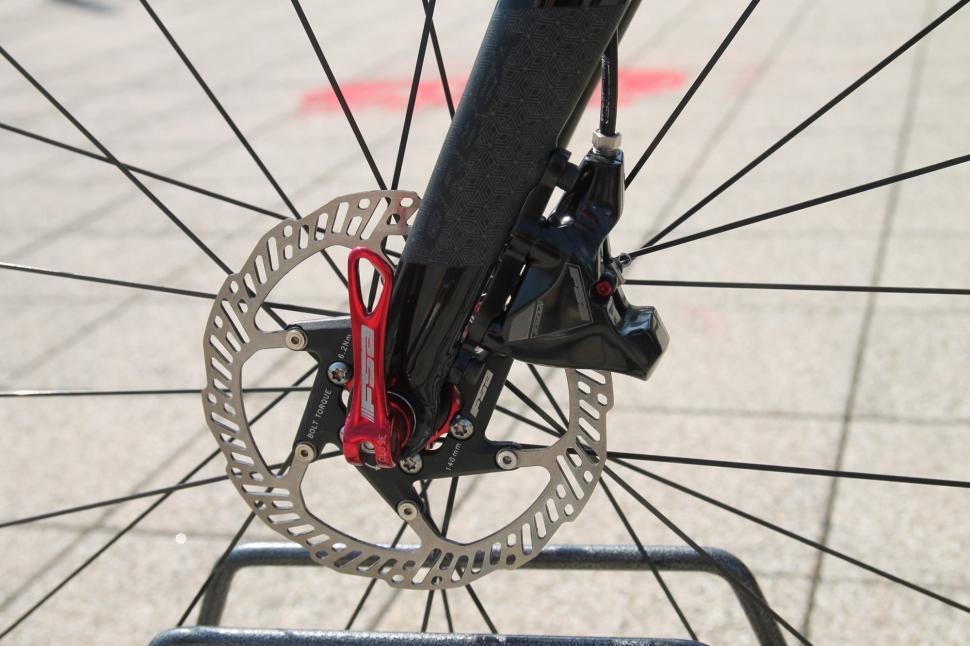 Check out our FSA K-Force WE First Ride here.