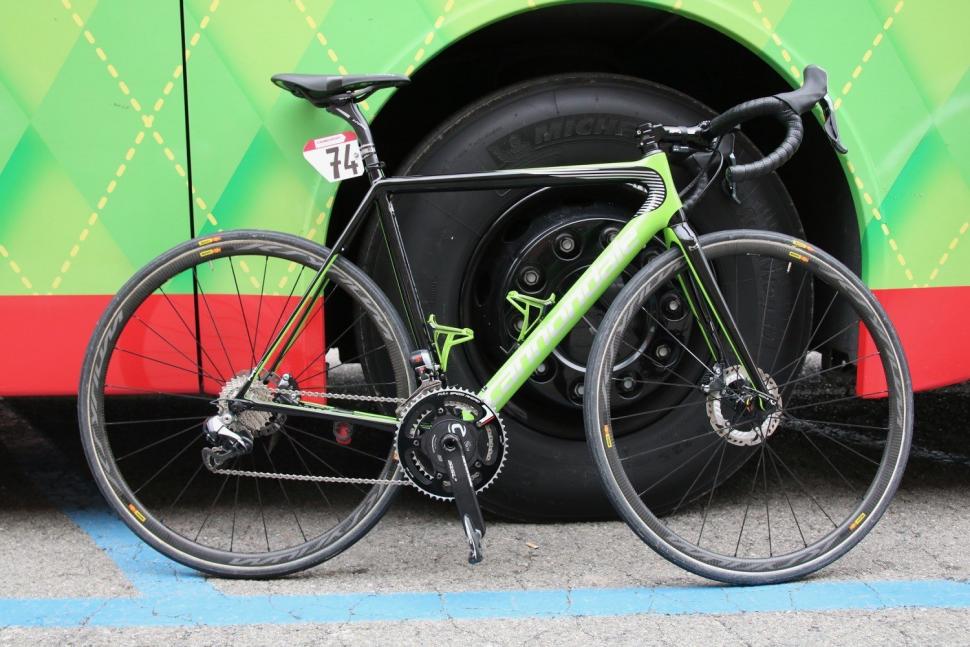 They weren't common, but we spotted a few disc brakes at the Strade Bianche WorldTour race in Italy today
by David Arthur @davearthur

Amid the growing disc brake controversy, Cannondale-Drapac was the only team to field several riders on disc brakes at the Strada Bianche race in Italy today, a race which includes multiple sectors of gravelled ‘white roads’ in the beautiful Tuscan countryside.

The Cannondale-Drapac team has previously stated it has a “disc brake plan” for using disc brakes at select races throughout the season, though it hasn’t revealed which races these are. 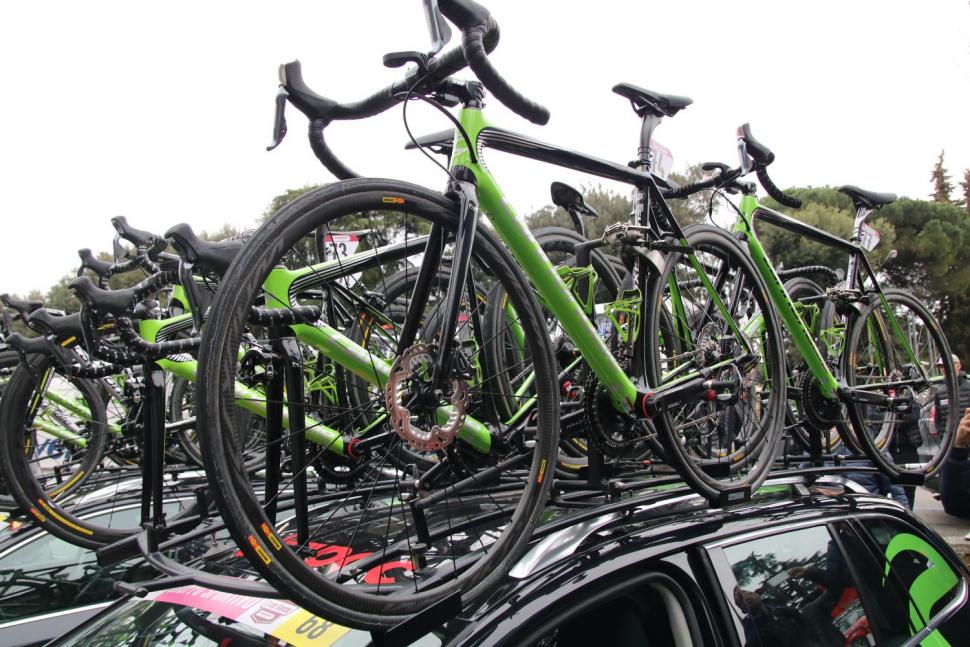 “Cannondale and Slipstream Sports came up with a disc-brake plan for the season, which includes different bike races throughout the year,” said Cannondale-Drapac sport director Andreas Klier. “In all of those races we will use disc brakes for the entire team, not just several riders. We are looking forward to use this year’s Vuelta a Andalucia as our debut race. We are keen to enjoy its advantages and together with Cannondale, we will use the riders’ feedback for upcoming disc brake race events.”

Maybe the Strade Bianche wasn't on the place, as the whole team wasn't riding disc brakes, just a few riders. Rigoberto Urán (that's his bike below) was using regular rim brakes while Alex Howes was using disc brakes. I wonder how the conversation went before the race when the team discussed which bikes to use?

The disc-equipped SuperSix Evo race bikes are essentially identical to the regular rim brake ones and use Shimano’s hydraulic disc brakes with flat mount calipers. 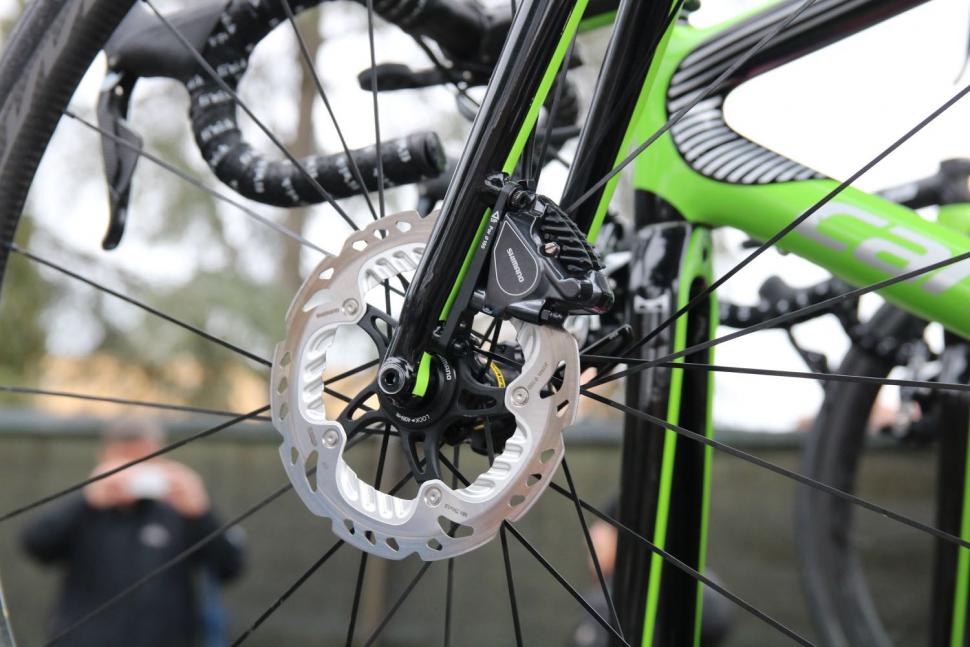 They’ve paired 160mm front rotors with 140mm rear rotors, and the frame uses a regular quick release while there’s a Maxle thru-axle on the fork.

Here's the back brake, notice the regular quick release axle. Most new disc bikes are going with thru-axles front and rear. 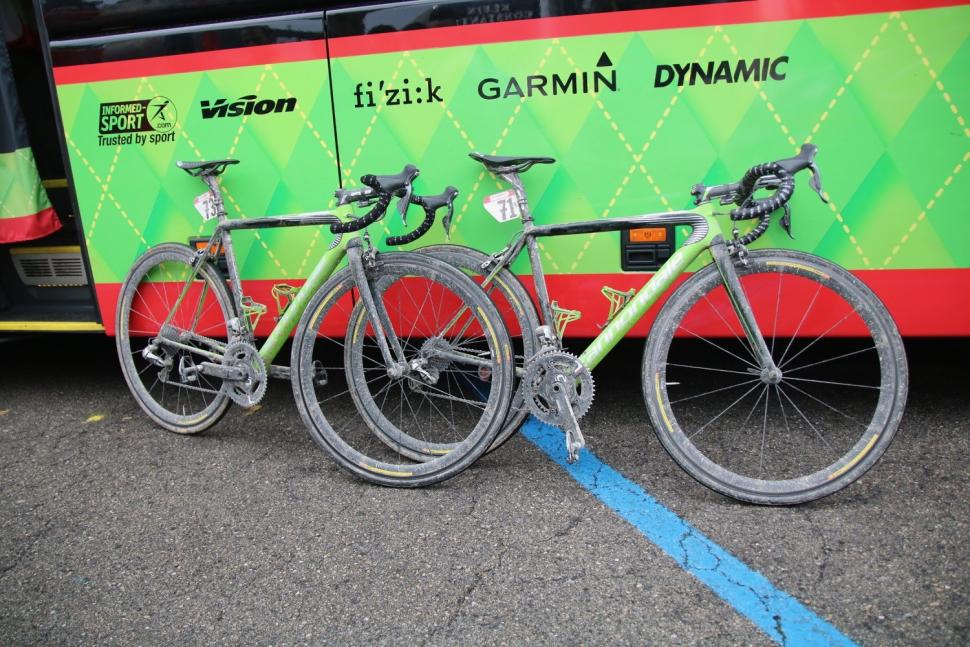 The bikes were very dirty after the race which was affected by some very heavy rain. It'll be a busy afternoon for the mechanics.