BMC has today pulled the covers off its brand new Teammachine. The Swiss company’s flagship race bike has been completely redesigned, with revised tube profiles and carbon fibre layup, and is available in both rim and disc brake versions.

The current Teammachine hasn’t changed since it was last updated in 2013, and during that time it has won a world championship, Olympic road race, Grand Tour stages and spring classic races, as BMC is proud to remind us in its press release. You can now add the Teammachine to the growing list of race bikes equipped with disc brakes. For the disc frame it claims a weight of just 815g, versus 790g for the rim brake version. The disc frameset has an asymmetric fork to cope with the braking forces. The fork also uses a flat mount system similar to that employed by the Open Upper, with the caliper bolts threading in from the front of the fork. It’s designed for 160mm rotors and the hose is routed internally. 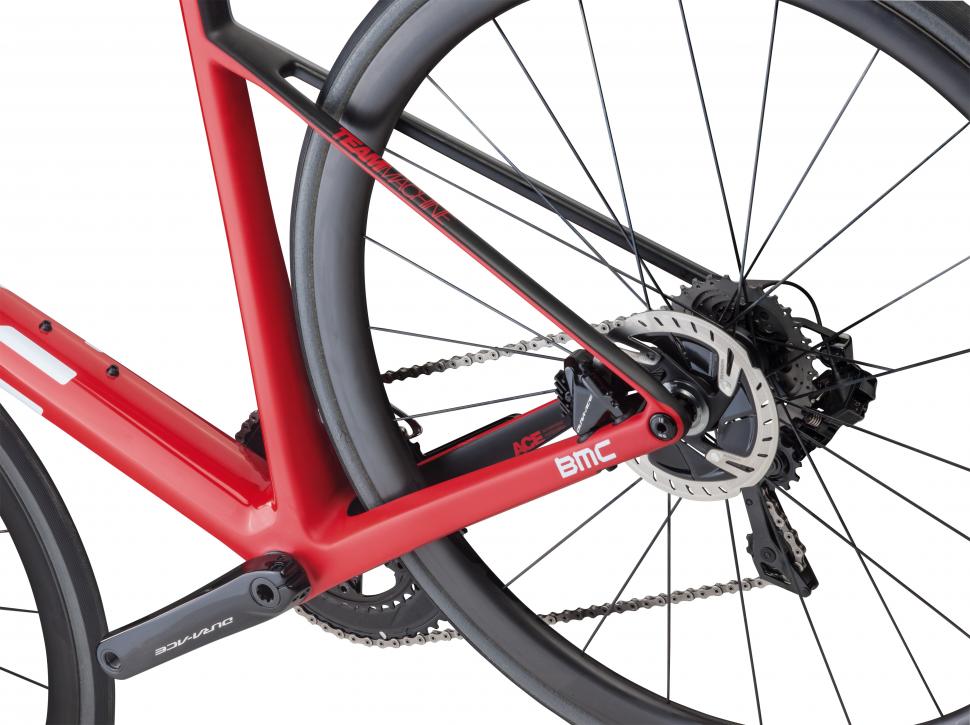 BMC has once again utilised its Accelerated Composites Evolution (ACE) Technology computer software, creating thousands of prototypes which it says helped speed up the development process, as well as good old fashioned feedback from professional riders, to create the new Teammachine. 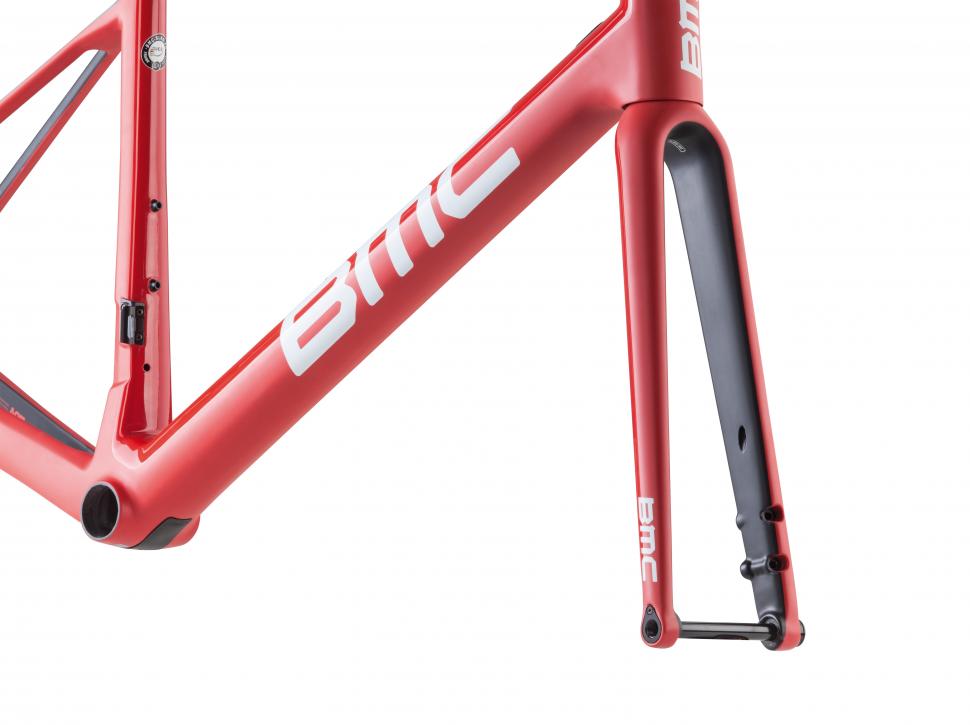 The result is a stiffer, lighter and more compliant frame, according to the company’s claims, but then you probably guessed that would be the case. While the new frame bares a resemblance to the previous version, BMC has refined all the tube profiles to balance the stiffness and compliance of the frame, to meet the needs of professional racers and amateur cyclists alike. It says the bottom bracket area provides more stiffness while the compliance has also been improved for increased seated comfort, thanks in part to newly shaped seat stays creating a compact rear triangle. It doesn’t put any figures on the improvement so we’ll just have to wait until we get the chance to ride it. 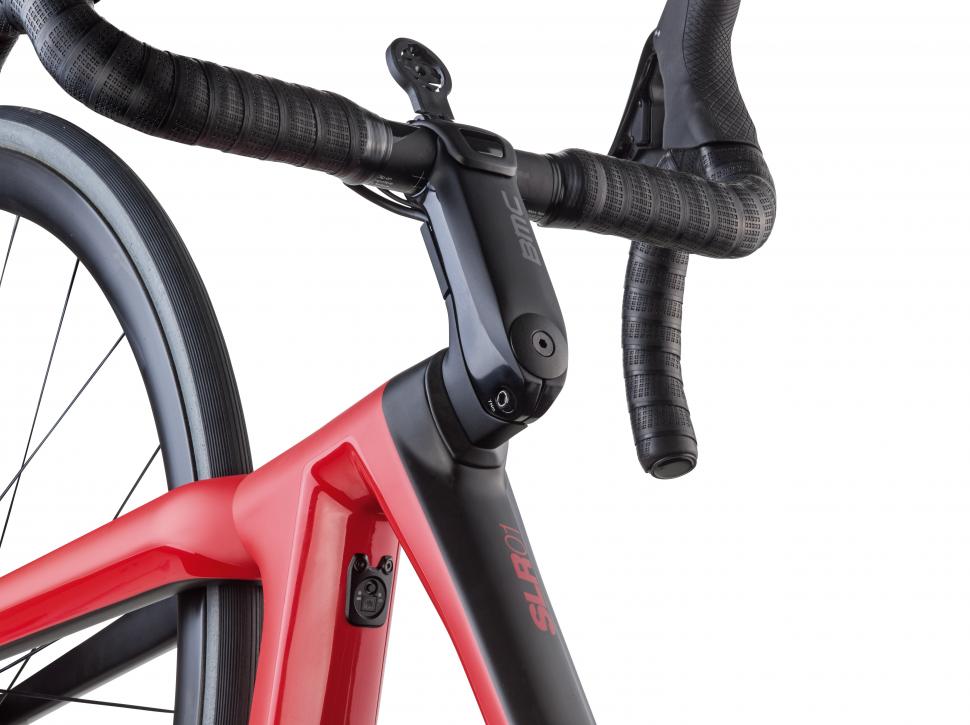 Following in the footsteps of the new Roadmachine introduced last summer, the new Teammachine ups the integration factor. The top level Teammachine SLR01 features the new  Integrated Cockpit System (ICS), with an aero shaped handlebar reducing front-end drag and Di2 wires routed internally from the shifter into the frame. It still provides a wide range of adjustability according to the company.

And in a move reminiscent of the new Pinarello Dogma F10, the Di2 junction box is now hidden inside the down tube. Lastly, the seat clamp in now integrated in a move that follows most major bike brands, and provides a bit of extra compliance as there’s most seatpost available to deflect. 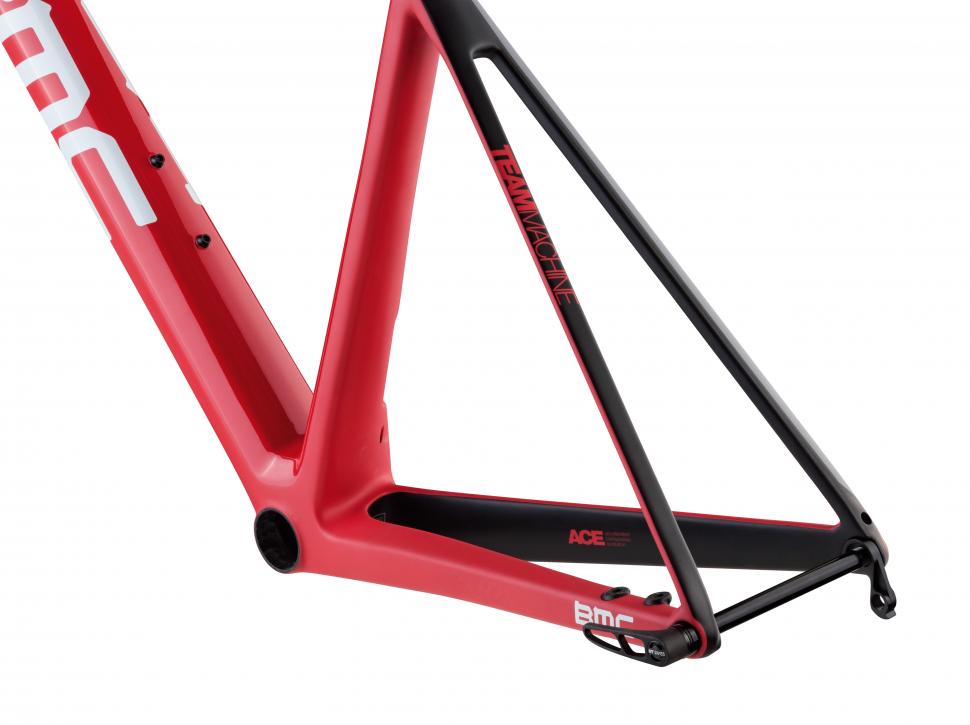 The new Teammachine is available in SLR01 and SLR02 levels with rim or disc brake options, and a size range covering six sizes from 47 to 61cm. Availability is scheduled for July and the prices are:

“Improving the existing Teammachine was no mean feat, it is one of the winningest bikes of all time, and people have asked us “Why even change a winning formula?” The answer is simple: we knew we could create a new, more competitive one!” explains  Stefan Christ, Head of R&D at BMC Switzerland. “Besides, if you don’t keep on innovating, you get left behind – this really is the case in a performance-driven environment.

“To create the new Teammachine, we gathered all the inputs, technologies and components we had at our disposal, and identified the areas where we saw the highest opportunity for improvement. From those variables, we defined tangible targets and ran them through ACE to create as many digital prototypes as necessary until we were satisfied with a model that met our criteria.” 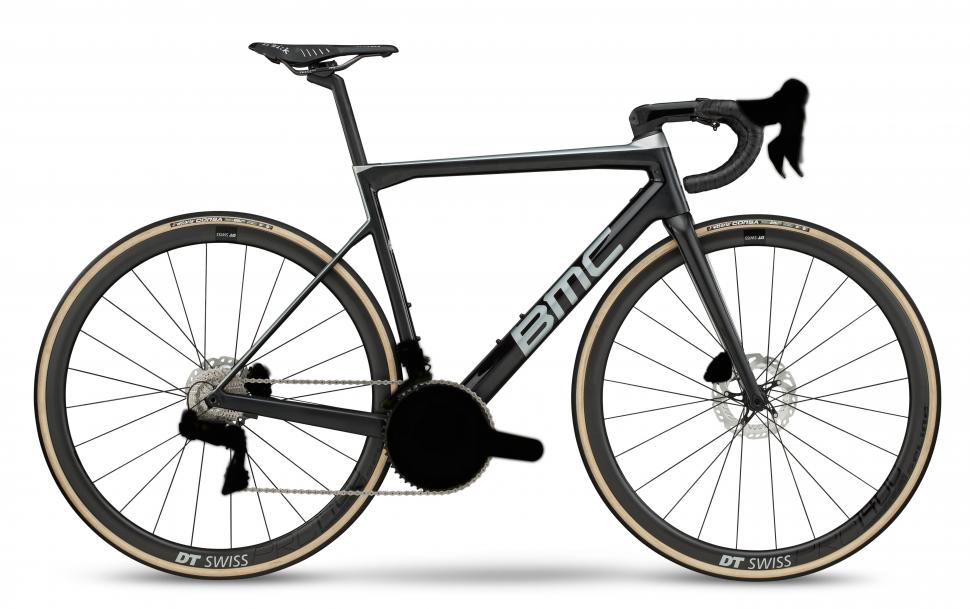 IS that the new Shimano Ultegra groupset blurred out of the photo?