3T’s new Strada is an aero endurance bike with discs, wide tyres and no front mech
by David Arthur @davearthur

The Strada is an aero road bike developed by ex-Cervelo founder Gerard Vroomen. It’s disc brake only, features aero shaped tube profiles, has clearance for up to 30mm tyres, and is only compatible with a single ring All about the aero

The Strada is an aero road bike with a very different approach to aerodynamics. 3T tells us it designs for real-world aerodynamics at realistic speeds. To that end, it has developed a tube profile it is calling Arcfoil and uses it on the down tube.

“Aero tubes are designed based on a series of flat 2D cross sections that connect together into a tube shape. But in the real world, the air flowing over a tube doesn’t follow a flat path, it follows an arc. So we built our Arcfoil tubes as a series of curved instead of flat Sqaero cross sections,” explains 3T. 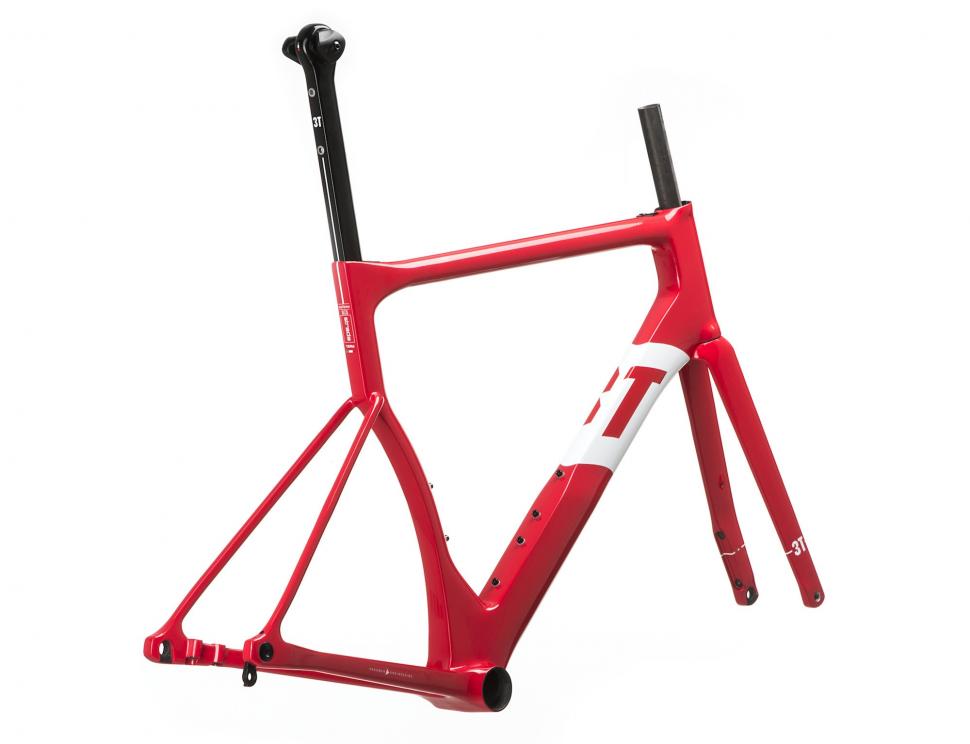 The shape is intended to mimic the actual airflow over the tube at several points along the tube to reduce drag. 3T says because air doesn’t follow a flat path, but an arc over the tube, it has shaped the tube profiles to harness the flow of air.

3T has also considered the impact of adding a water bottle, so has shaped the downtube to try and push air around a bottle. It says the fastest combination is a single water bottle low down on the downtube. The seat tube uses its existing Sqaero tube shape, and it is pushed as close to the rear wheel as possible, in a move akin to some time trial bikes. The seatstays meanwhile are dropped and as thin as possible to provide as much compliance as possible.

The transition between each tube at the key junctions (front wheel to downtube and from seat tube to rear wheel) has been decreased as much as possible, which is claimed to further reduce drag yet still be UCI legal. Why 3T should worry about the UCI rules with a bike that is unlikely to be ever raced in a professional race remains unclear. The new Fundi fork (3T likes its odd names) is a disc brake specific design which has allowed the company to minimise and lower the crown and increase tyre clearance at the same time. 3T says going with disc brakes allows the fork to be stiffer and provide improved aerodynamics because the crown is closer to the front wheel. The fork blades carry the Sqaero profile and there’s a flat mount attachment compatible with 140 and 160mm disc rotors. The seatpost, head tube and even the seatpost clamp and dropouts have been optimised to reduce drag.

The best trend in road cycling right now is the one for wide tyres. Everyone is cottoning onto the benefits of wider tyres. Even the pros are at it. But it’s in the popular endurance bike category where wide tyres rule. The new Strada, therefore, is designed for 25 to 30mm tyres. However, 3T says while there’s no arguing with the comfort and rolling resistance benefits of wide tyres, they don’t test well in the wind tunnel. So much like the Exploro gravel bike, 3T has designed the Strada frame and fork to work well with wide tyres, minimising any potential drag that might be generated by the wide tyres.

But perhaps the biggest deviation from tradition with the new Strada is the elimination of the front mech mount. With the development of wide range cassettes and SRAM’s 1x11 Force groupset, and 1x12 Eagle over the mountain bike side, 3T has decided there are suitable aerodynamic gains to be had from dropping the front mech entirely, with no compromises on gear choice.

“With all aero road bike developments of the past 20 years, the drivetrain was never really tackled. So we did. The worst area aerodynamically is around the bottom bracket, with the frame, crank, chainrings, front derailleur, water bottles and rider’s legs leaving little room for the air to pass through. 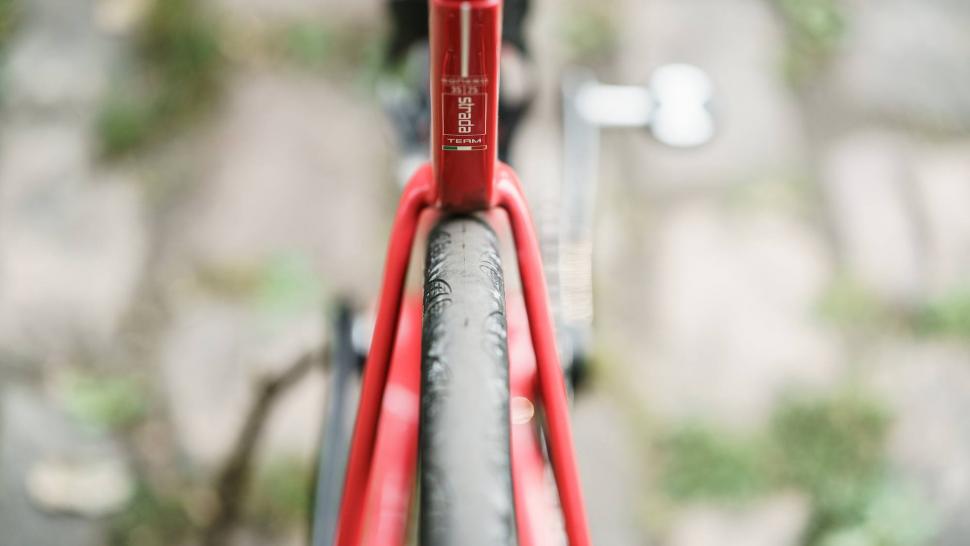 “A single ring drivetrain eliminates the front derailleur and one chainring, reducing frontal area, creating space for unobstructed airflow and freeing up the design of the seat tube to shield the rear wheel even better,” says 3T.

Is this the future of road bikes?

We didn’t see this new bike coming, but following the success of the Exploro, producing a bike for the endurance and sportive road bike market was a natural and obvious move.

What do you think of the new 3T Strada? Is it a glorious example of harnessing the many different trends and technologies currently emerging in the road cycling market in a slick and aero package, or is it too bold for your tastes? We know the removal of the front mech is going to be controversial. However, with the rise of 1x11 groupsets on adventure bikes (I ran the groupset on a Bowman Pilgrim road bike for a few months) this is going to be an emerging category of road bike. Simple and low maintenance, and if 3T is to be believed, aero benefits, but not at the cost of reduced gear choice. It won’t be for everyone, but we reckon there’s an appetite for this sort of build. Tony and Dave are both the Eurobike Demo Day in Austria this week and they’ll be getting a closer look at he new bike, and hopefully a first ride, so stay tuned for more information and analysis on this new bike soon.

You can see the new bike in action being ridden by Magnus Backstedt and his daughter Elynor over the cobbles of Flanders and Roubaix.

Oh, you want the price? Are you sitting down? The Strada is going to cost a mighty €3,800 for the frame, fork, seatpost and headset, and should be available in early August. More at www.3t.bike/en/3t-bikes/strada-1.html