The guys from Neilpryde have just swung by road.cc to show us the new Nazaré SL aero road bike that’ll be available through Wiggle from the end of the month, and we reckon it’s an interesting design that looks very good value for money.

The Nazaré has been in the Neilpryde lineup since 2009 (when it was known as the Alize before an enforced name change, Alize being deemed too similar to Specialized’s Allez; no, really!). It’s now into its third generation.

Check out our review from way back in 2011 here. 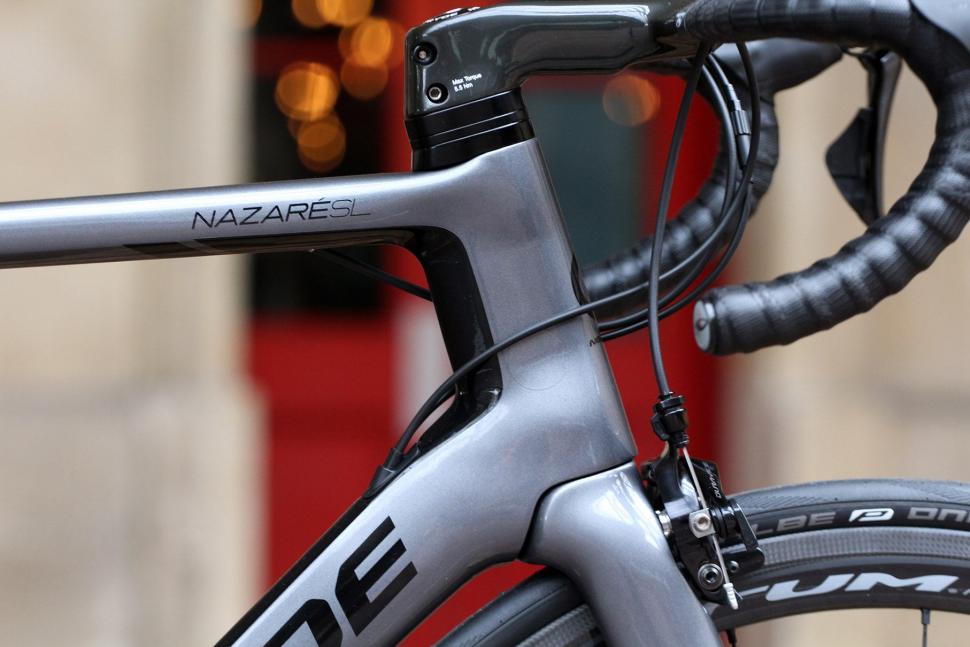 One of the key features of the new design is that the tubes have been slimmed down. A few years back, aero road bikes tended to have wide tube profiles as a means of ensuring frame rigidity. These days, though, bottom brackets like PF86, better carbon-fibre and improved manufacturing techniques mean there’s less need to oversize the tubes, so manufacturers can slim them down and reduce the bike’s frontal area for an aero benefit.

Of course, manufacturers could always have gone with slim tubes on an aero road bike if they wanted, but the resulting bike might have ended up feeling flexy in use. 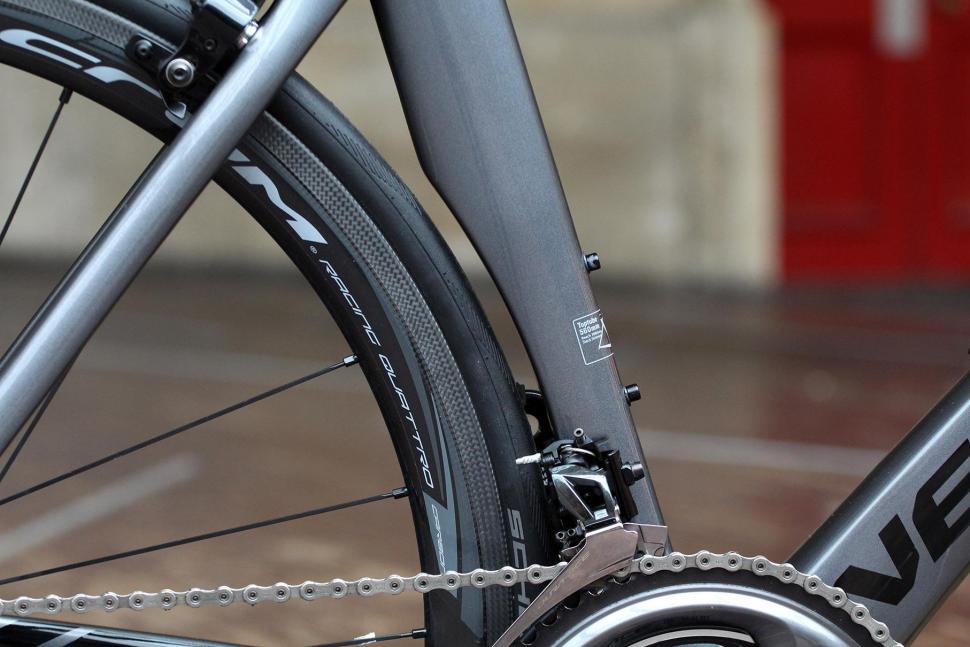 Slimming down is a definite trend in the bike industry at the moment. Merida, for example, has recently reduced the diameter of the tubes on its Reacto aero road bike with no detriment to frame stiffness. 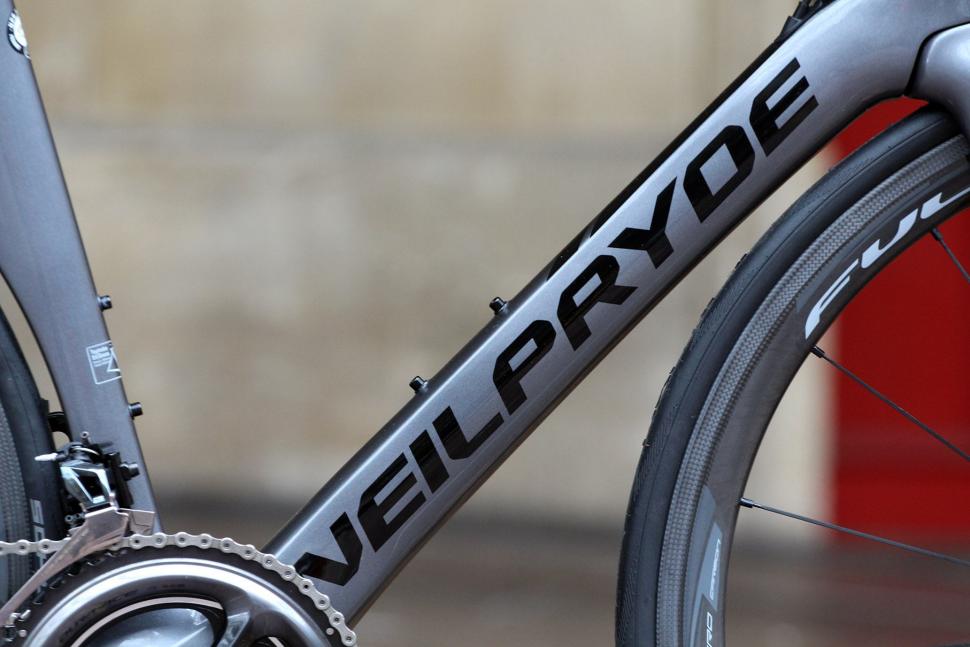 With the Nazaré SL, Neilpryde has narrowed the head tube, for instance, and done the same with the down tube, although it’s still a truncated (cut-off) airfoil profile. 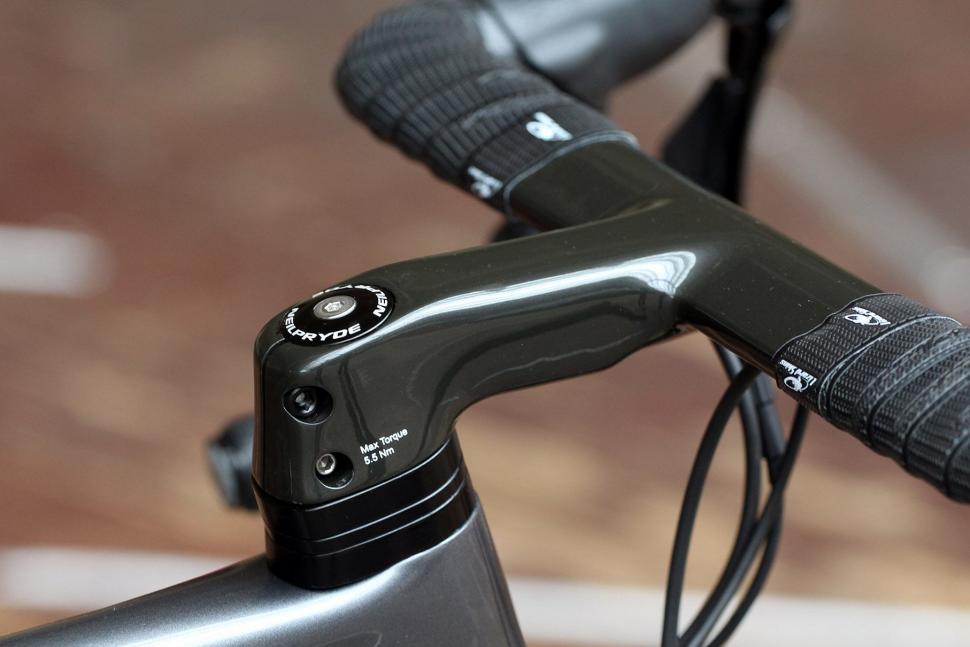 Neilpryde has gone with a combined, aero-section Aeroblade handlebar and stem too because, it says, up to 15% of the drag of the entire bike comes from this exposed area. Again, Merida designed its new Reacto with a Metron 5D aero cockpit in mind and Trek, for example, puts a KVF (Kammtail Virtual Foil) profile integrated handlebar/stem on its 9 Series Madones to improve the aero efficiency. The cables initially run through the bar but then emerge towards the stem section to make the bike easier to live with. Running the cables internally throughout might have a slight aero benefit and it might look clean but it can make for nightmarish maintenance. The rear brake used to be positioned underneath the chainstays but it’s now back on the seatstays, as it was on the Alize. Neilpryde says that the disadvantage in terms of aerodynamic performance is very small because the airflow is so ‘dirty’ by the time it reaches that area, disrupted by the movement of the rider’s legs. Plus, with the brake positioned on the seatstays, the bottom bracket doesn’t have to be overbuilt to resist flex caused by braking and there are no issues with power meter compatibility. 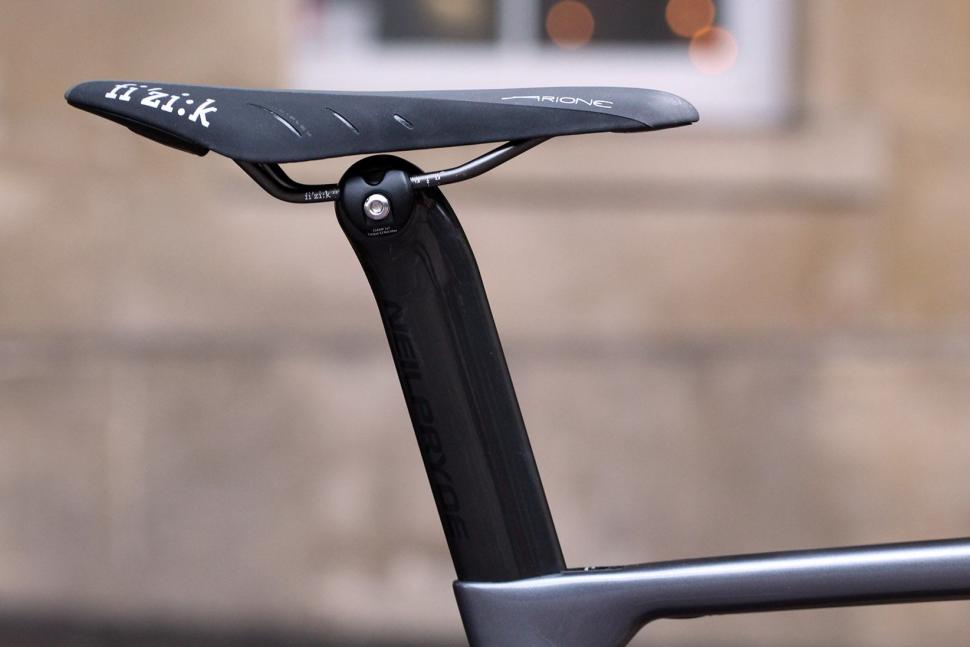 One other new feature worth mentioning is the reversible seatpost with a clamp that can offer you 20mm of setback from the middle of the post or position you 20mm forward of that centreline. The idea is to give you a wide range of effective seat angles that might come in handy if you wanted to go with aerobars for a time trial or triathlon.

The Nazaré SL is available in two different builds, the top one (pictured here) being built up with a Shimano Dura-Ace (mechanical) groupset and Fulcrum Racing Quattro wheels. It has a retail price of £4,800 but is currently listed as £3,840 on Wiggle.

The version with a Shimano Ultegra groupset and Fulcrum Racing 5s is £2,800, currently reduced to £2,240. 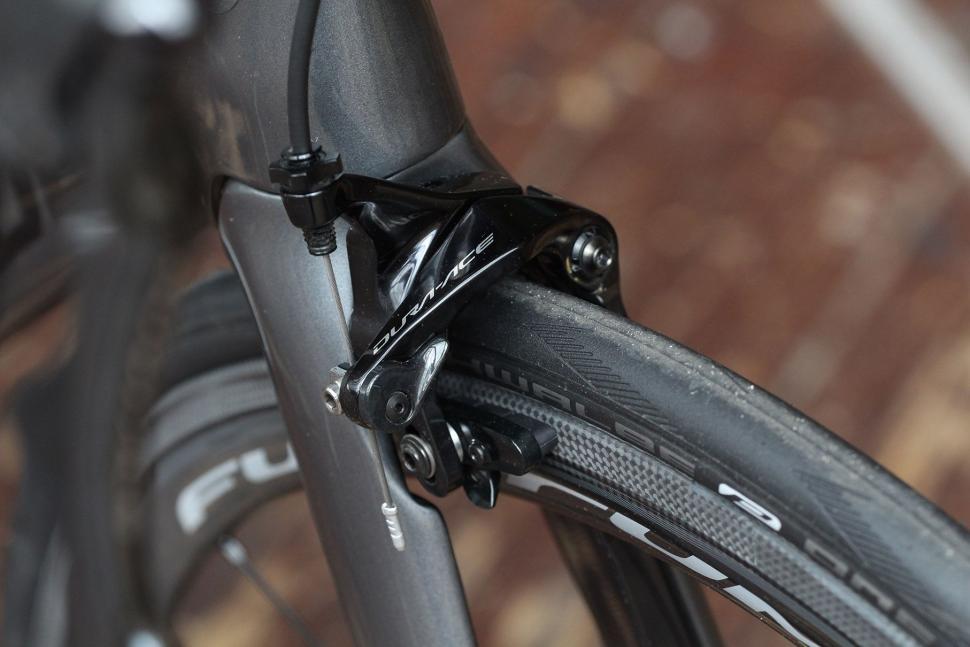 If you can’t (or don’t want to) spend that much, the Nazaré (minus the SL suffix) comes out of the same mould but it’s made from a cheaper grade of carbon-fibre. This means that whereas the Nazaré SL has a claimed frame weight of 940g – impressively light by aero road bike standards – the Nazaré is 1,100g.

Again, the Nazaré is available in two different builds. The cheaper of these has a mid-level Shimano 105-based spec and is priced £1,650, currently reduced to £1,320. The other one has a next-level-up Shimano Ultegra groupset and is priced £2,300, currently reduced to £1,840. We have one of these in for review at the moment so keep your eyes on road.cc for a review in the next few weeks.

1
London cyclist found jointly liable for crash with pedestrian gets £60K-plus bill
2
Win! Fulcrum Wind 40 DB wheels worth £1,100 up for grabs!
3
Garmin Edge 520 owner adds to criticism of firm’s out of warranty support
4
5 Cool things coming soon from Triban, Prime, Oxford Products, Indik8a and Bioracer
5
Sir Dave Brailsford reveals his personal diet and training regime on Strava
6
Near Miss of the Day 375: Close pass, traffic island and left-hook - all by one driver in the space of seconds
7
Zwift partners with Haute Route for three-day Watopia challenge
8
BMC’s NTT Pro Cycling team bikes for 2020