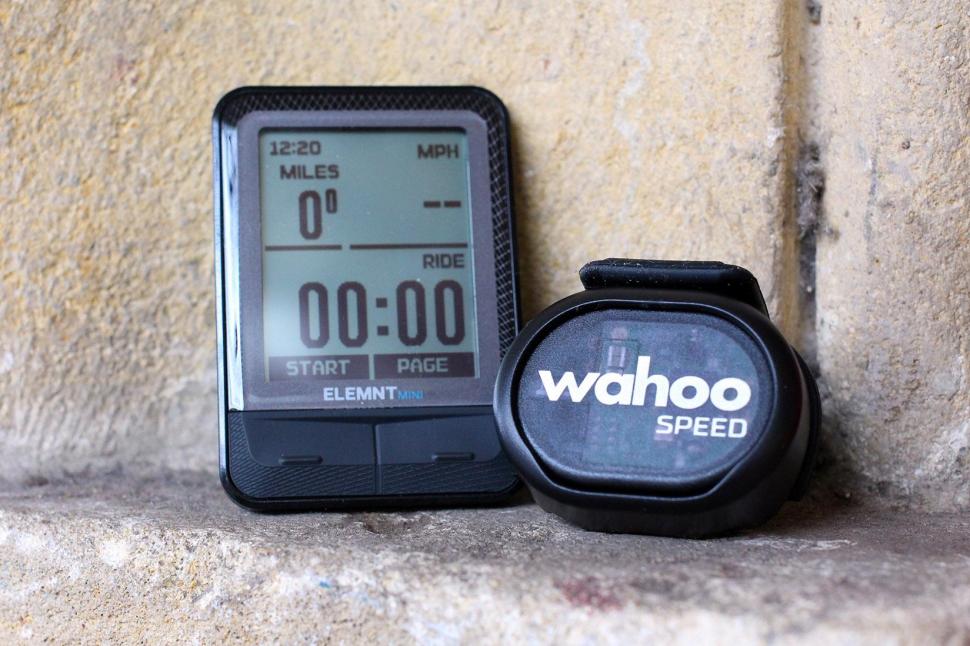 Wahoo has set its sights firmly on the lucrative cycle computer market and has just launched its second device this year, the Elemnt Mini, a compact version of its original computer launched two years ago. It costs £80 and has a battery life of 12 months.

Unlike the original Element, the Elemnt Mini doesn’t utilise GPS. It can be used as a standalone computer and is supplied with a wireless Wahoo RPM Speed sensor to track your speed and distance without connecting it to a smartphone. That means impressive battery life, the coin cell battery is claimed to be good for 12 months. 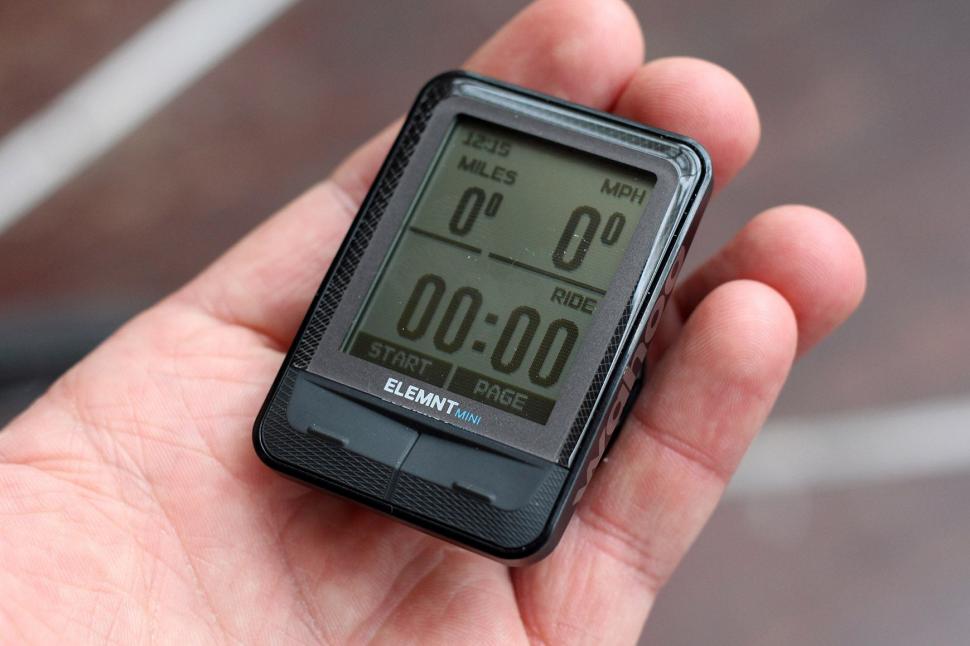 To unlock the full capability of the Elment Mini requires pairing it with the company’s own dedicated app. First launched in 2016, the partnership between computer and smartphone app has been a key feature of Wahoo’s desire to offer a streamlined user experience. The app lets you customise the various data screens and utilise the phones GPS to provide route recording.

When partnered with the app, you get extra functionality full GPS ride tracking, so you can see your route with elevation and ride statistics after the ride, and share to your favourite platforms like Strava or MapMyRide. 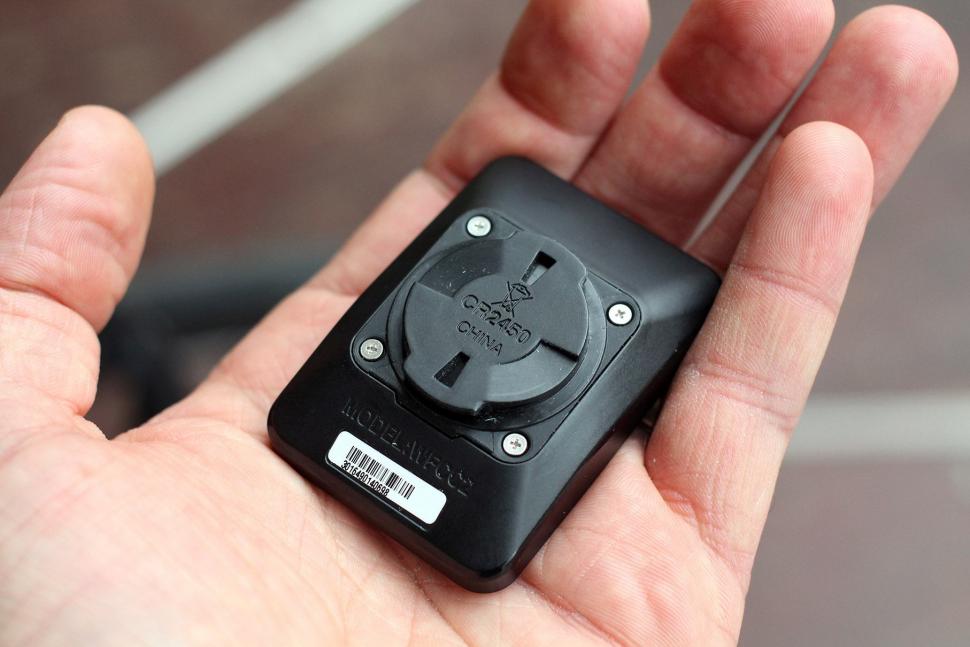 The app also unlocks many other features including like call and text notifications and Live Track, which gets expanded capability in the new Elemnt Mini enabling friends and family to monitor your current and travelled locations on a map in real-time. It works by sharing a special link that allows people to see your ride, including data from any paired sensors, on the Live Track website. Could be handy for any touring or adventure rides you might be about to embark on. 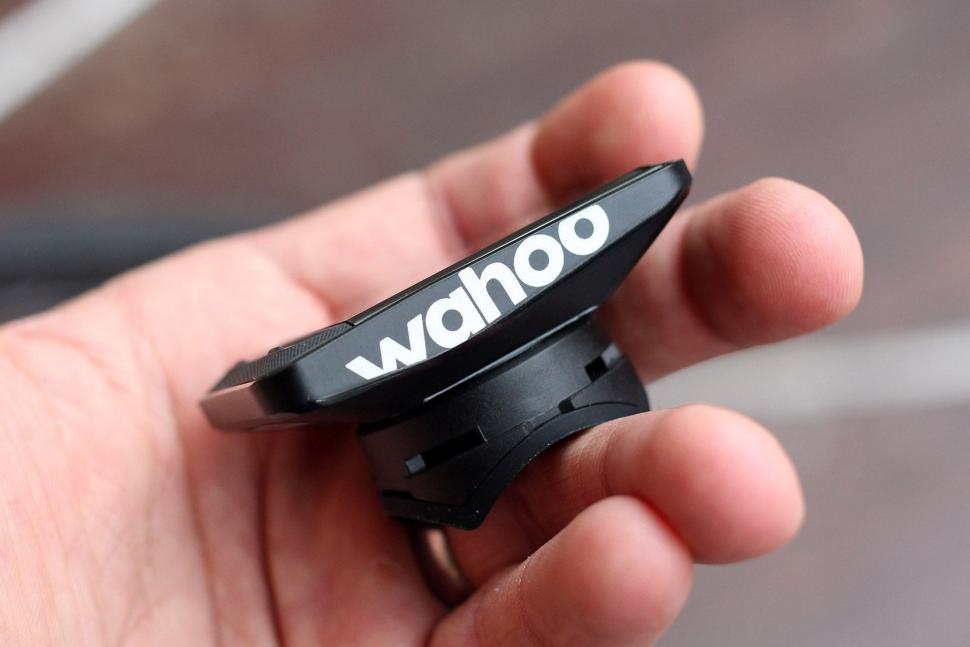 The Elemnt Mini lives up to its name. It’s roughly the size of a Garmin Edge 500-series computer, weighs just 31g and has s simple two-button interface. The 1.8in LCD screen is grayscale with a high contrast making it easy to view in a range of lighting conditions. The Mini is IPX7 rated, waterproof up to 5ft. It comes with a simple stem or handlebar mount using its own quarter-turn design.

The Elemnt Mini can be paired with ANT+ and Bluetooth sensors, including the company’s own RPM Speed Sensor, RPM Cadence Sensor and TICKR Heart Rate Monitor, all without pairing with the smartphone app.

“The new MINI is a key piece in the Wahoo Elemnt bike computer portfolio,” said Jose Mendez, Director of Product Management for Cycling Products at Wahoo Fitness. “Thanks to the Wahoo Elemnt Companion App we are bringing the powerful, yet simple Wahoo Fitness experience, to a whole new category of economy-minded cyclists while delivering much of the same data that our professional athletes demand.”

Wahoo arrived in the cycling market with its Kickr smart trainer and since then the company has gradually been expanding its range, including a concerted effort to become a credible alternative to the more popular options in the cycle computer market. 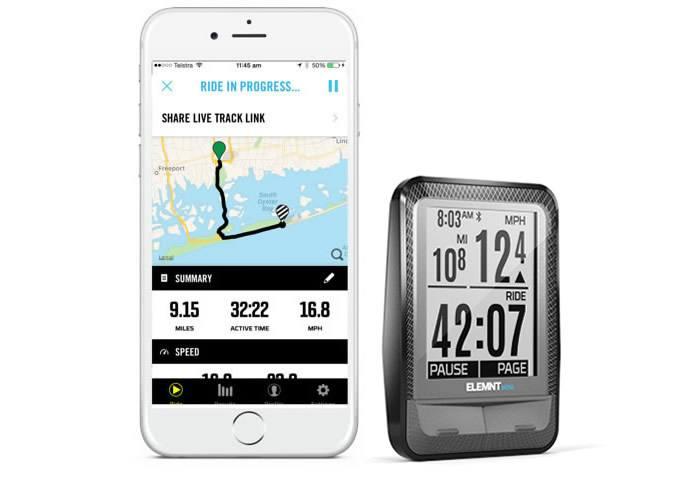 It first launched the RFLKT+ in 2014, and followed up with the Elemnt in 2015, a GPS computer that could be easily configured via a smartphone app, and with full compatibility with platforms like Strava and MapMyRide. It followed that up with the Elemnt Bolt earlier this year, the first computer designed to improve aerodynamics via a specially designed handlebar mount.

The launch of the Elemnt Mini comes hot on the heels of the Elemnt Bolt and it’s the price point that is going to be of a lot of interest to many cyclists that might not have considered a cycle computer, especially given the capability of modern smartphones.

Priced at £79.99 and including a wireless speed sensor, it’s significantly more affordable than the £249 Elemnt or £200 Elemnt Bolt. It also undercuts the cheapest Garmin Edge 20 (£110) but while it doesn’t have the GPS of the Edge, considering most cyclists probably have a smartphone tucked away in their pocket, it does look like an appealing alternative. You can though get the Lezyne Mini GPS for £63 if you want GPS without paying a fortune.

We’ve got an Elemnt Mini in for a test and we’ll report back soon with some first impressions before we get enough riding done to provide a full review. More at http://uk.wahoofitness.com/