Six of the best power meters we spotted at Eurobike Power meters have entered the mainstream – almost – over the past few years so it's not surprising that we spotted plenty as we trawled the Eurobike halls. Here are six new – or nearly new – models.

Garmin announced its Vector 3 power pedals a couple of weeks ago and we got the chance to go and check them out at Eurobike.

The big difference from previous incarnations is the lack of a pod connected to the pedal and sitting alongside the crank. Now the Vector pedal is entirely self-contained and it installs just like a regular pedal with no calibration required. Garmin says the stack height has been lowered and cornering clearance has improved too. There's not a lot to see here. The Vector 3 just looks almost like a normal Look Kéo-compatible pedal.

It provides your total power, left and right balance, cadence, and gives you the ability to display where the power is being produced in the pedal stroke. It costs £849.99.

The Vector 3S is a single-sided system, the smart stuff included in the left pedal only. It reports cadence and total power and is priced at £499.99.

We told you a couple of weeks ago that Stages had announced a Power LR dual-sided power meter to sit alongside its existing single-sided units. 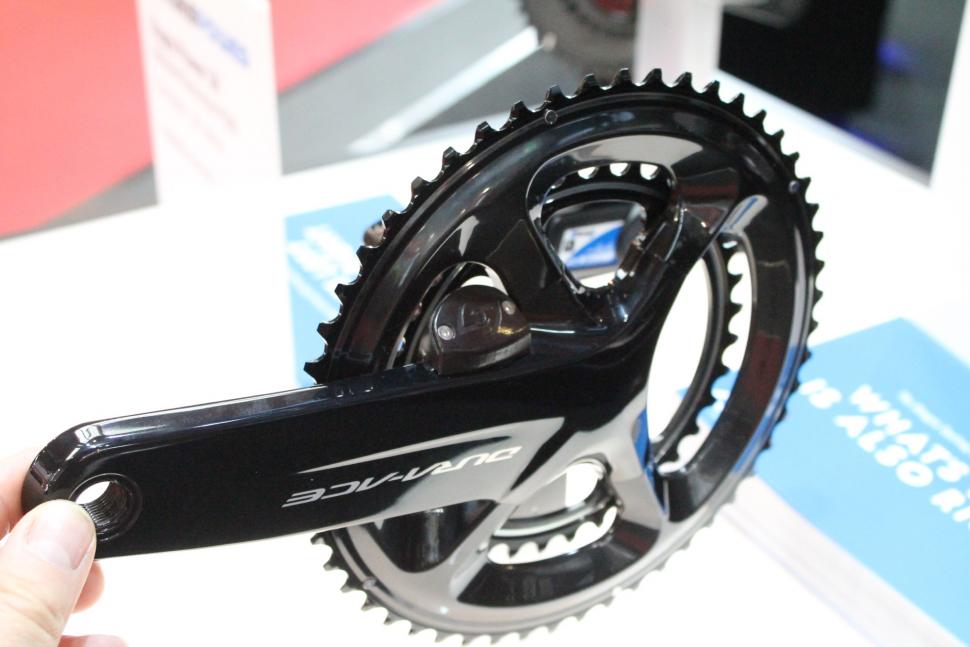 Up until now Stages crank-based power meters measured only the left (non-driveside), doubling the result to give a total power figure. A single-sided system assumes each of your legs put out the same level of power; it won’t account for any imbalance.

Stages believes that its single-sided system works well for most people most of the time, but says that a dual-sided power meter can be useful in specific circumstances, such as when a rider is returning from injury. 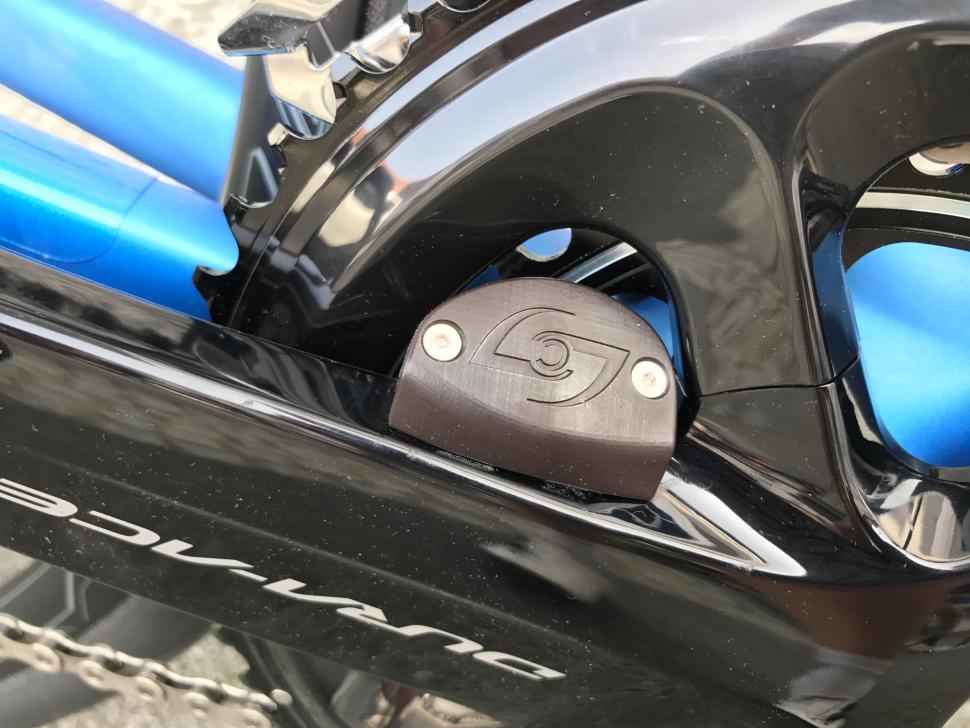 Find out how to choose a cycling power meter.

German power meter specialist Power2Max has been making serious inroads into this increasingly competitive market and followed up the launch of its all-new NG power meter a year ago with the more affordable NGeco, and here it is, pictured alongside the original. 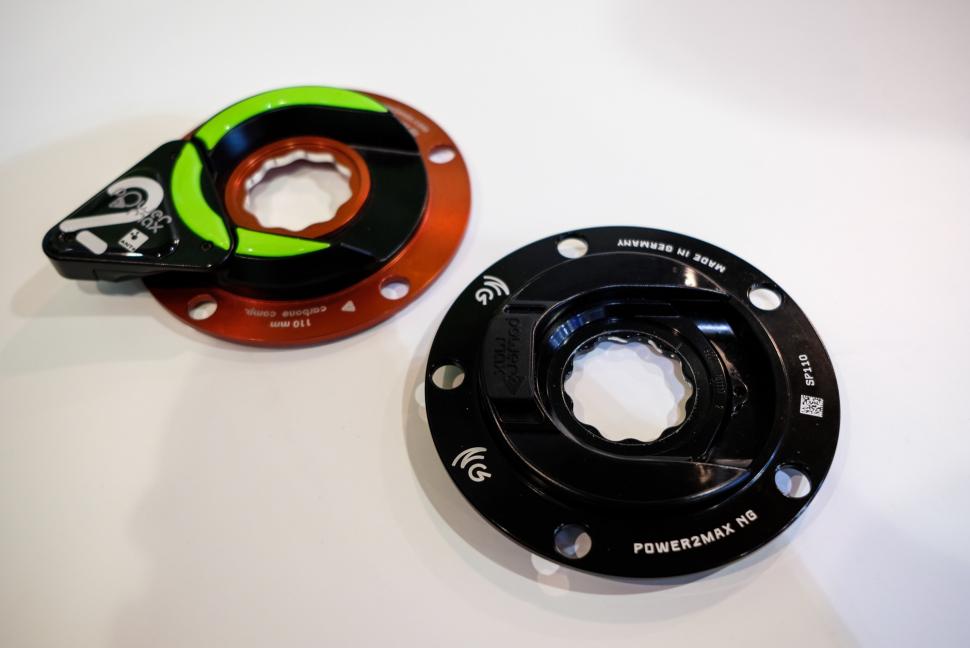 Unlike the +/-1% accuracy of the NG, Power2Max claims +/-2% accuracy for the new NGeco, but that’s the same as most other power meters currently available. It’s a chainset based power meter with the electronics concealed inside the spider. It doesn’t measure left and right leg power out of the box, but you can upgrade it for a small cost at a later date. And the price? It’s €490 for the crank and power meter; you add your own chainrings.

Check out the power meters used by riders in the Tour de France. 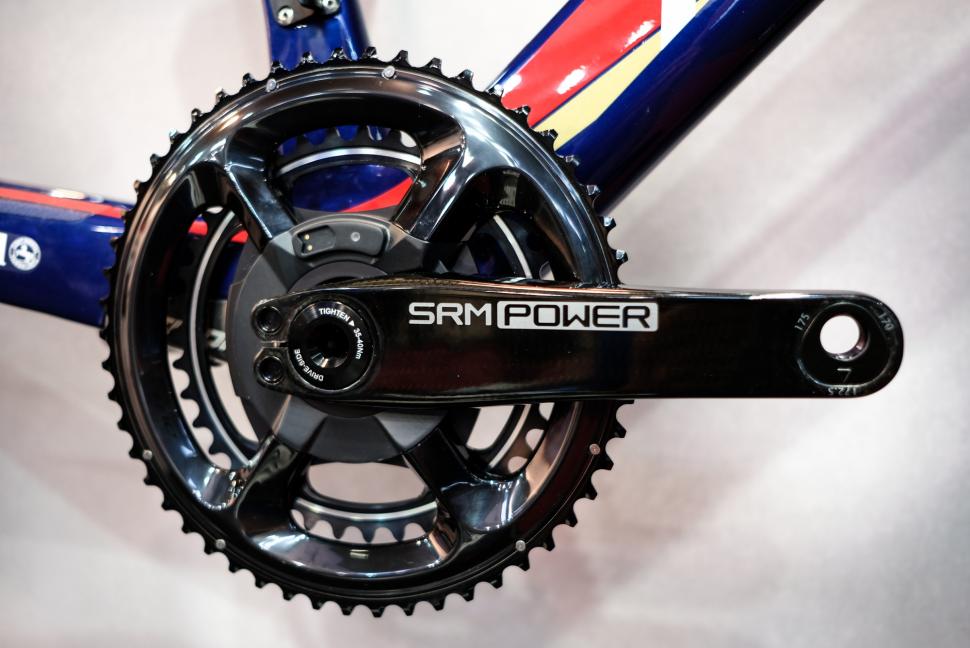 SRM was the only crank-based power meter for decades, the company adapting Shimano and Campagnolo cranks with its technology, but it has now developed its own carbon fibre chainset giving it more control of its future (apparently a move motivated by Shimano unveiling its own power meter). 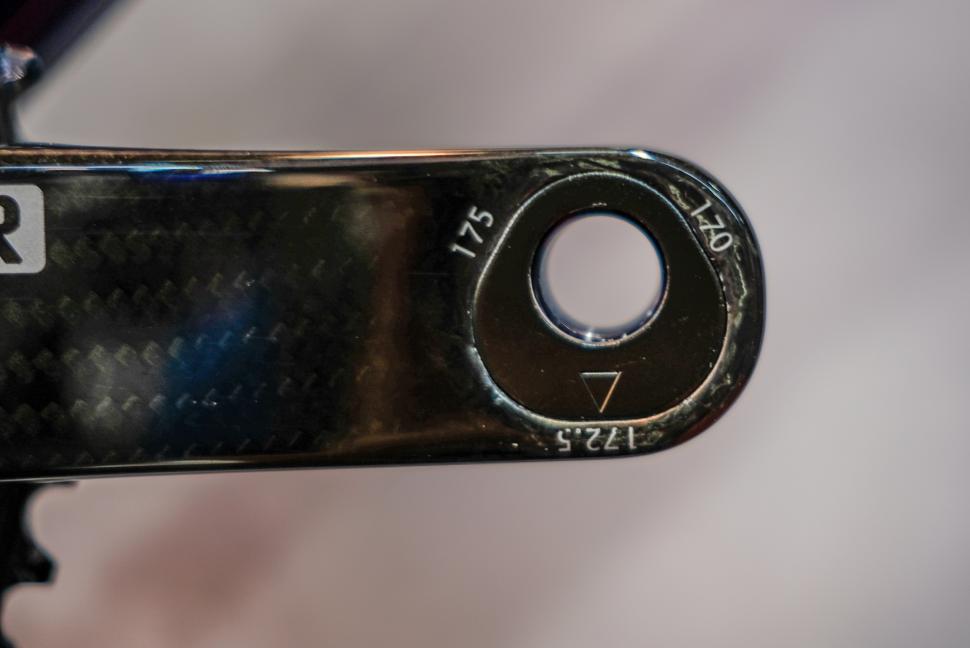 The Origin has a neat trick up its sleeve: one crank provides three crank arm lengths thanks to the nifty Look Trilobe Technology. That’s good if you can’t decide what crank arm length you want, the crank length you use on your time trial bike is different from that of your road bike, or you just want to be able to experiment. This is the 4iiii Precision Pro, the dual-sided version of the left-side Precision that we reviewed here on road.cc last year. Like Stages, 4iiii is a superlight crank-based system that’s relatively easy to swap between bikes, and it’s compatible with both ANT+ and Bluetooth head units.

4iiii has partnered with Praxis to create a ride-ready crankarm-based power meter, and it’s now going to be available in the UK from Praxis UK distributor Upgrade Bikes. We don’t have the price yet but we’ll confirm that once we get it. We’re told that it will be competitive. 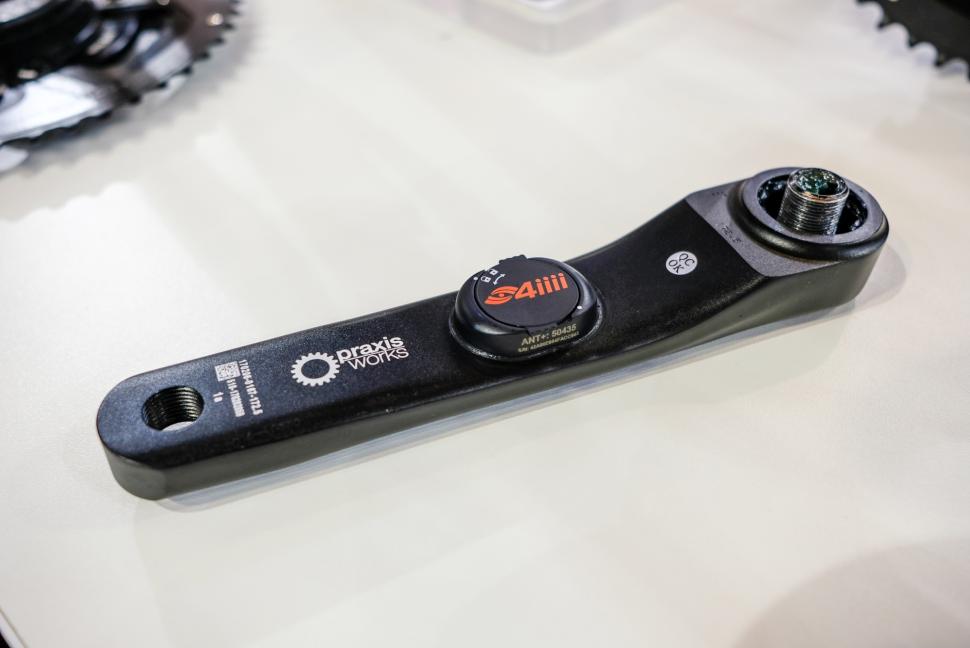 SRAM-owned Quarq announced its DFour91 power meter, an update of the DFour, a few weeks ago. It’s designed for use with a Shimano Dura-Ace 9100 chainrings.

The system uses carbon crank arms and measures both legs. No cadence magnet is required and Quarq claims that accuracy is within 1.5%. 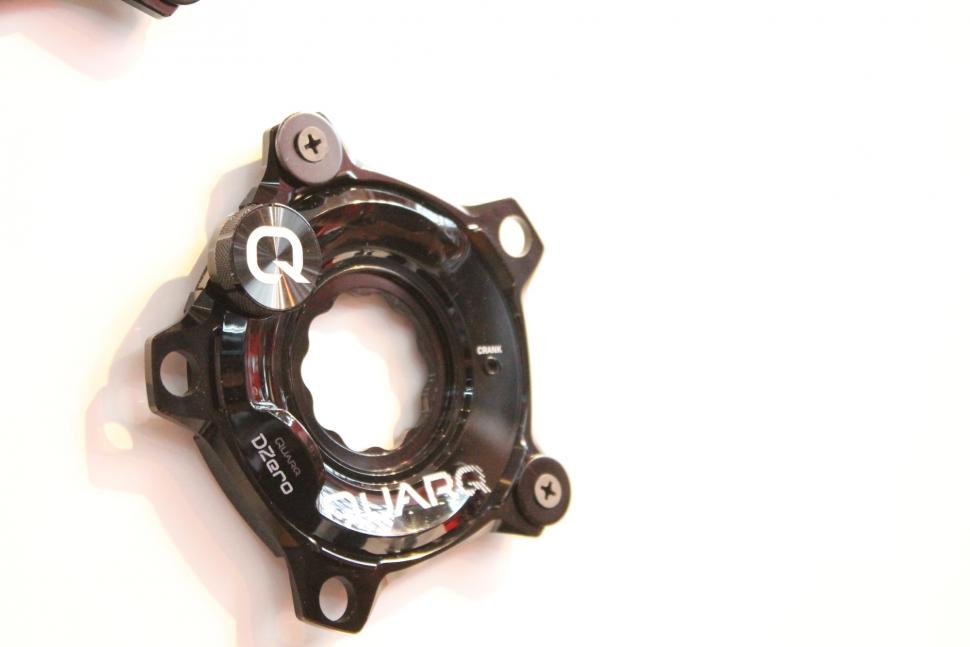 At the same time Quarq added to its DZero range with a DZero spider designed to replace the factory spider on Specialized’s S-Works carbon chainset. It transfers data via Bluetooth Low Energy and ANT+.

If you’re interested in training by power you should also check out Seven of the Best Smart Trainers at Eurobike 2017.