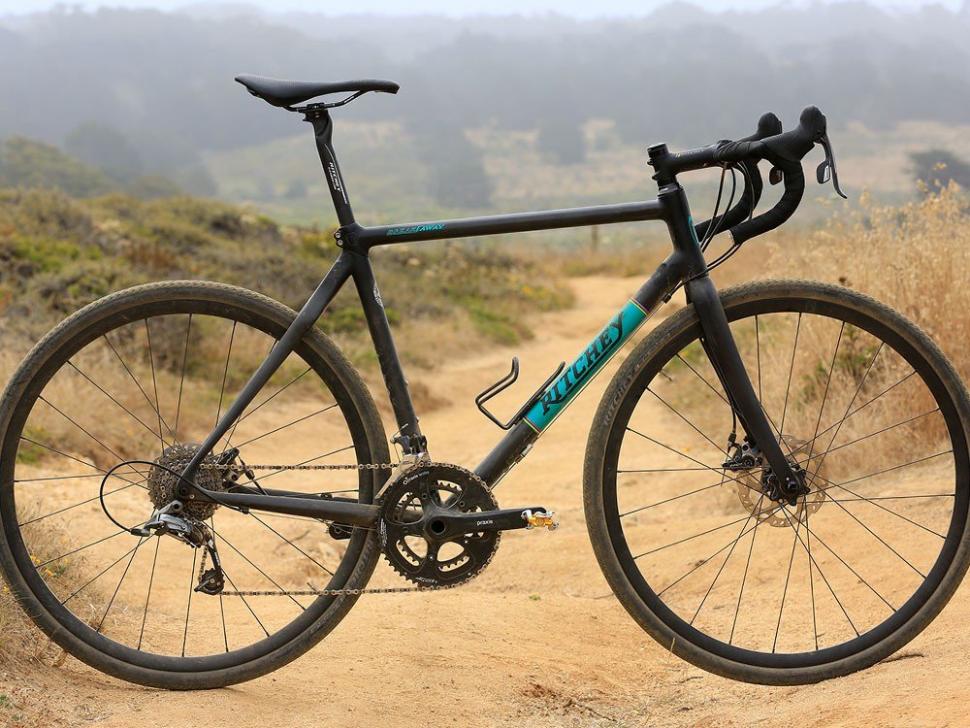 You’ve seen Dave’s first ride of the new Ritchey Outback, a steel adventure bike which was launched at Eurobike last month, but Ritchey has another new bike up its sleeve: the brand new Carbon Break Away Outback. Yes, it's a foldable adventure bike. Now your adventure doesn't need to end when you run out of land, just hop on a plane and travel to another part of the world.

Your options for foldable carbon adventure bikes are limited,  we can't actually think of any other examples. It's a niche of a niche, that is for sure. Ritchey’s regular Break Away has been a popular option for frequent flyers for many years, well-made steel or titanium bikes that fold up easily with dedicated cases that are small enough to be treated as regular suitcases, saving huge expense on costly sports equipment add-ons when travelling, yet ride like a proper road bike. 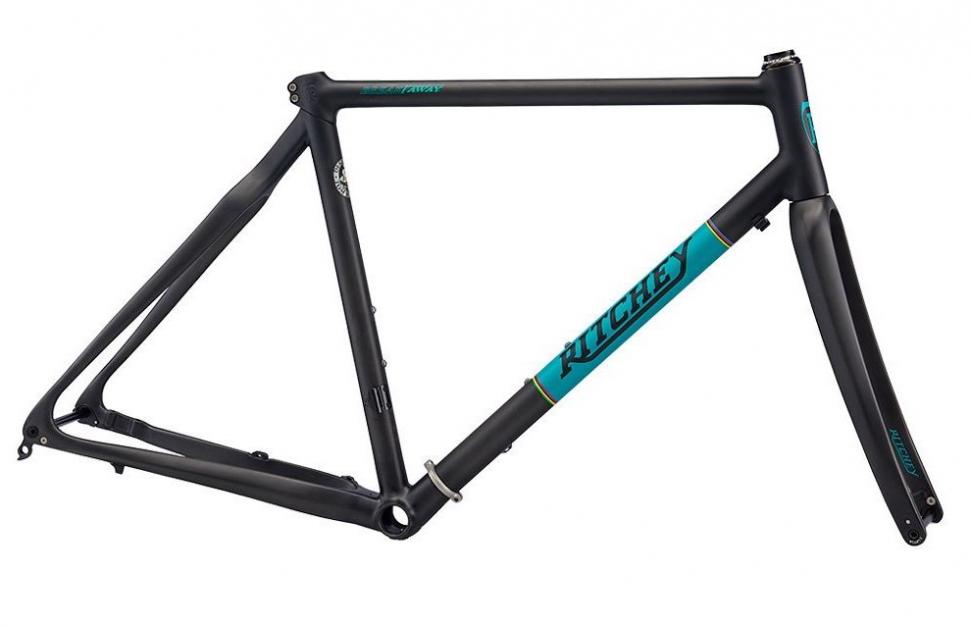 “The all-new Break-Away Carbon Outback takes the best of the lessons learned from the monster-cross defining Mount Cross and the sophistication of the Break-Away Carbon Road and pulls them together in a bike that knows no bounds or limitations,” explains Ritchey.

Along with its steel and titanium Break Away road bikes, Ritchey recently added a carbon road bike version to its range. Mat tested it earlier this year and was impressed, you can read his review here. But that's fine if you're going to stick to the tarmac. But what if you want to escape busy roads and explore the countryside wherever you end up? 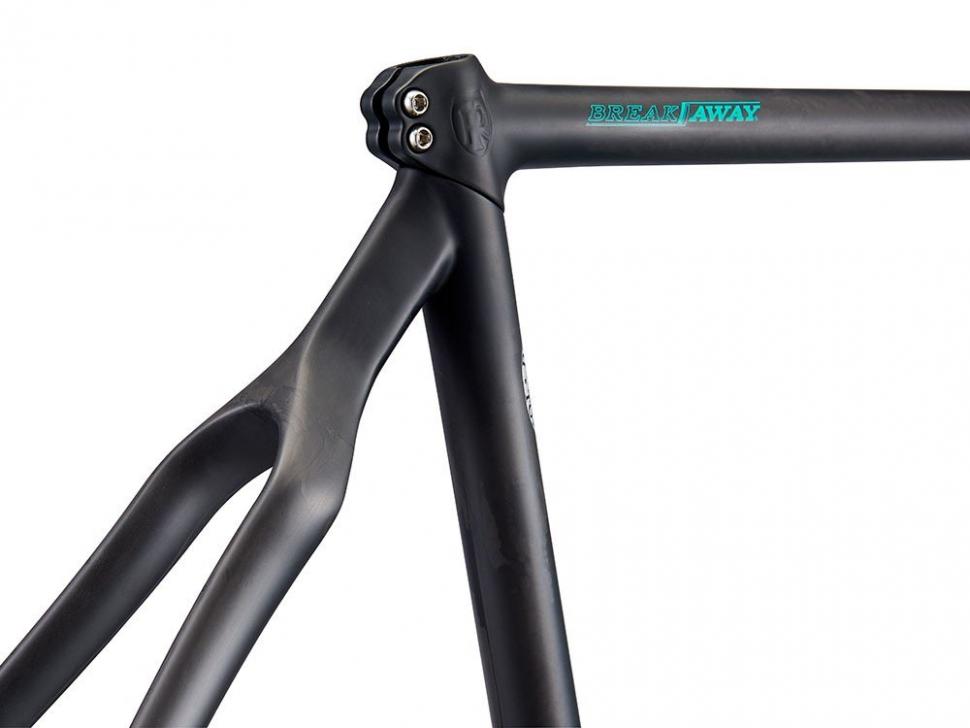 To address the demand for a Break Away that accommodates wider tyres for getting off the road onto the unbeaten path, the new Carbon Break Away Outback has been added to the company’s lineup for 2018. It has clearance for up to 40mm tyres, providing much wider scope for fitting any of the new generation of gravel tyres.

The new bike offers the same versatility as the regular Outback and has space for up to 40mm wide tyres as previously mentioned, but more specifically the frameset is designed around 40c SpeedMax on 17mm internal width rims. 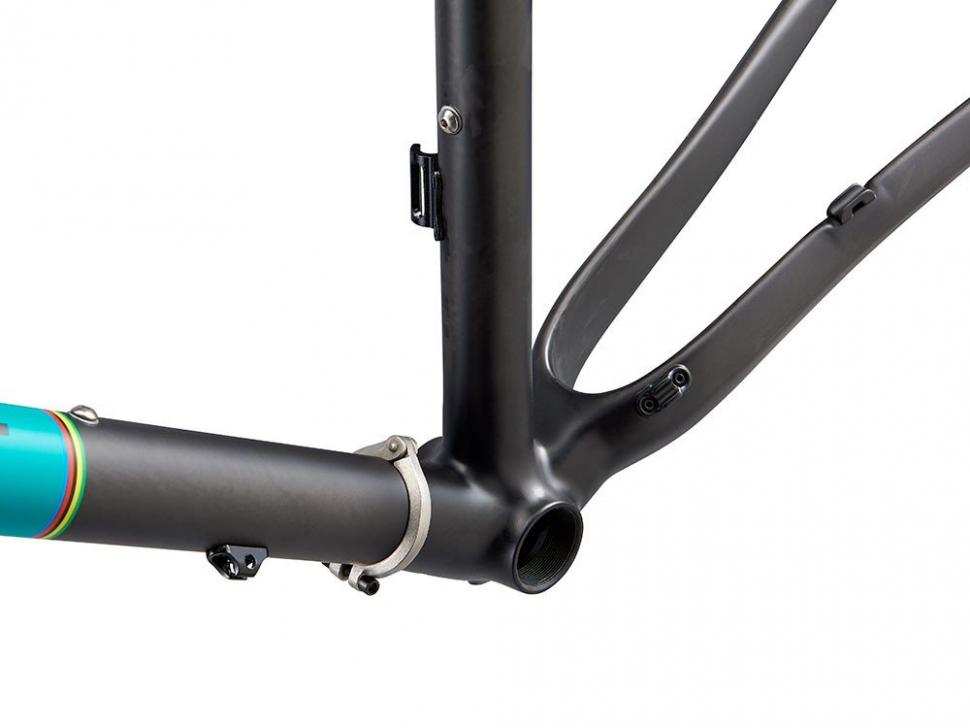 It also uses a new carbon thru-axle fork with a 1 1/8in non-tapered carbon steerer tube, a rare thing indeed. Disc brakes are fitted to the frame and fork via flat mounts, now largely standard on all new disc brake road and adventure bikes.

There’s a threaded external bottom bracket, 27.2mm seatpost and a removable front derailleur mount to improve the appearance if you ditch the front mech with a 1x11 drivetrain. All cables are externally routed to make folding the bike simpler, and there are hose guides for hydraulic disc brakes - hydraulic lines don’t mind being twisted so we presume they’ll be just fine when the bike is in its folded state. 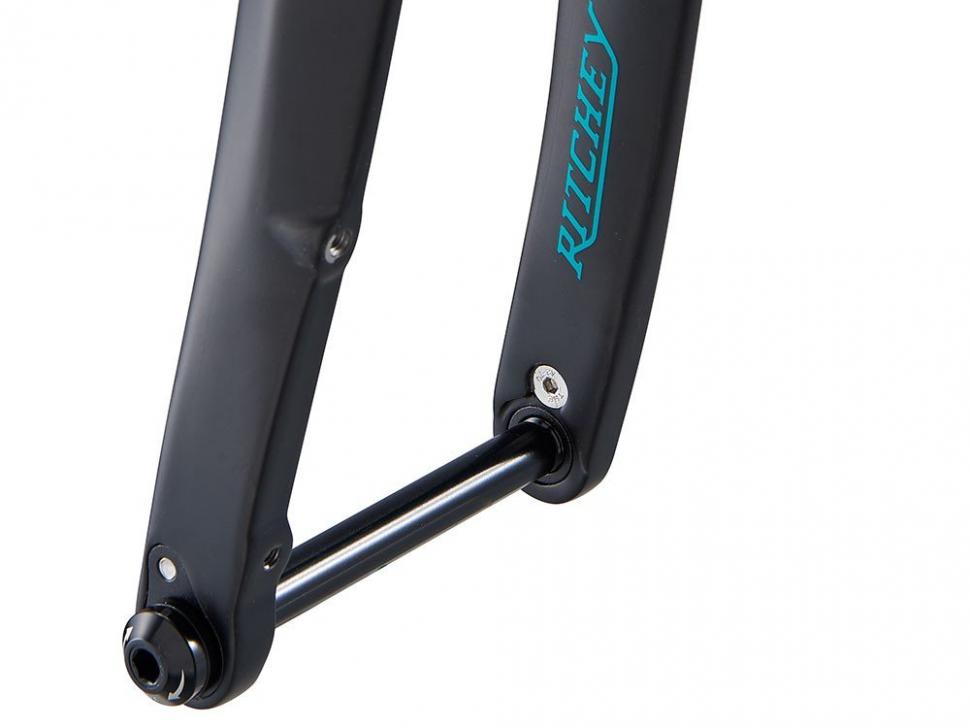 Like the regular Break Away frames, this new frame features a downtube coupler and a split seat tube and seat stay junction, which also doubles as a seatpost clamp. That’s clever. They do a similar job to S&S couplings but Ritchey’s version is lighter. Weight for a size large frame, fork, axles and couplers is a claimed 2.01kg (4.43lb). Once packed away, the case is small enough to be checked in as hold luggage and is a good way of avoiding the excessive fees that most airlines charge for sporting equipment.

The Carbon Break Away Outback is landing in about four weeks and will cost £2,819 for the frame, fork and travel bag. More at https://ritcheylogic.com