Here’s the latest Wahoo Kickr smart trainer, updated to be compatible with the new Climb accessory launched last month. Other than the small redesign to provide better clearance for disc brake road bikes and to allow it to be used with the new Climb accessory (V1 and V2 Kickr trainers aren’t compatible) it retains all the changes that were introduced with the version two Kickr introduced last year.

Indoor training has changed forever. Once the turbo trainer was an evil necessity for any cyclist wanting to continue training through the bad weather of the winter, but smart trainers have revolutionised indoor training. With a more realistic feeling, integrated power meter and easy connection to a range of apps and training programs like Zwift or TrainerRoad (which have really harnessed the potential of smart trainers) indoor training has never been so attractive, fun or engaging. No more counting the seconds. As such, we've definitely noticed a lot more interest in smart trainers amongst the road.cc audience. Apart from power meters, they're probably the must-have gadget right now. Which is why you will be seeing lots of them on the site in the coming weeks.

Starting with the all-new Kickr. Wahoo first launched the Kickr in 2012 and it was one of the first of a new generation of smart trainers and has been hugely popular. The Kickr has a maximum power output of 2000W and is accurate to a claimed 2%, in line with most other smart trainers, and the 20kg frame is properly sturdy, with adjustable feet for uneven floors and legs that fold away for compact storage. It has two Bluetooth and ANT+ LED lights to confirm a positive connection has been made and the new handle (introduced on last year's update) makes it easier to move around the house. 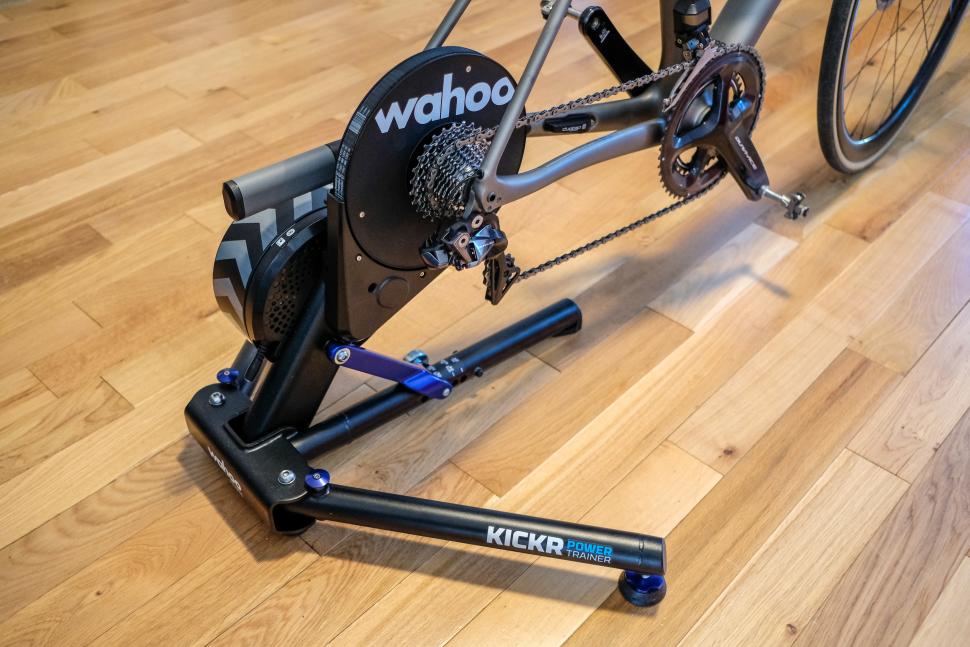 Out of the box, it comes supplied with an 11-speed cassette and quick release skewer ready fitted, but you can remove the skewer and fit endcaps for 12x142 and 12x148 thru axles so you can fit your disc-equipped road or mountain bike. It’s a really easy job to change them. You get a spacer to insert between the disc brake pads to prevent the pistons popping out should you accidentally grab the rear brake when doing an interval.

As you can see from the video, it’s very easy to get the Kickr up and rinning, and apart from having to remove the rear wheel from the bike, it’s a doddle. I tested the original Kickr a couple of years ago and found it to be an impressive power trainer with a very smooth and realistic road feel. In fact, I liked it so much I kept hold of it and still regularly use it for indoor training sessions. I've become a bit of a Zwift fan as well... 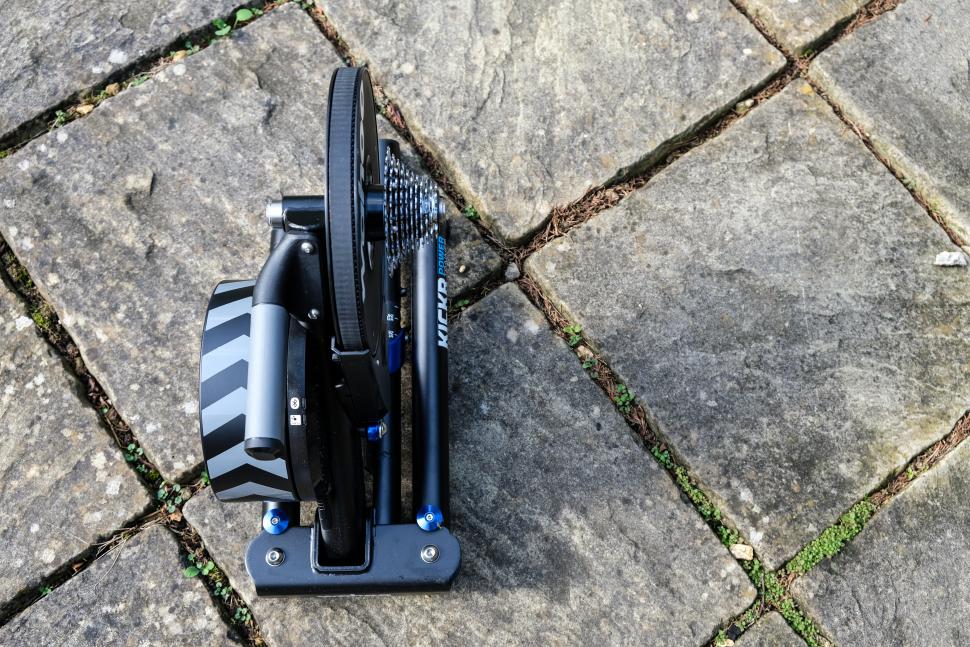 - 10 of the best smart home trainers

The new Kickr 3 costs £999.99 and is available from http://uk.wahoofitness.com/devices/bike-trainers. There'll be a full review on the site soon.