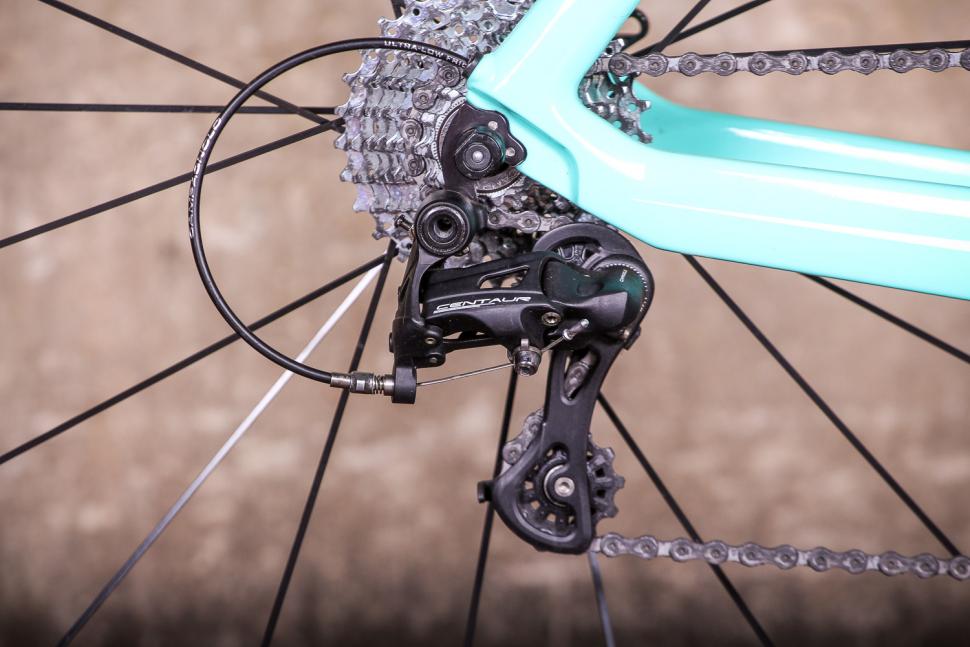 Campagnolo patent suggest a 12-speed groupset on the way... So is an extra sprocket going to be a thing worth having?

Does the world need a 12-speed road bike groupset? Campagnolo might think so
by David Arthur @davearthur

Campagnolo was the first groupset manufacturer to launch road 11-speed back in 2009, and patents filed in the US last year suggests that the Italian company might be set to be the first company to launch a 12-speed road bike groupset.

When Campagnolo launched 11-speed and people asked why its response was “why not?” And the same could probably be said of the new 12-speed groupset. Shimano and SRAM were swift to follow suit and now 11-speed is commonplace on most mid-range to high-end groupsets.

SRAM has already gone to 12-speed in the mountain bike world with its Eagle wide-range cassette intended to replicate the range of a double chainset with a single ring setup. Where SRAM has gone to 12-speed to increase the gear range to compensate for the single front chainring, it looks like Campagnolo has added an extra sprocket to reduce the gaps in a 12-speed cassette intended to be used with a regular double chainset.

The prevailing trend in cassettes in recent years has been to increase range, at the cost of bigger gaps between certain sprockets, especially in the easier gears.  The addition of a 12th sprocket will allow the gaps to be minimised whilst maintaining the same wide range.

However, it doesn't look like Campagnolo has added the extra sprocket for that reason, and shows the company's clear race focus. The five cassettes listed in the patent maxes out at 11-27t, the same as is currently available, but with smaller gaps. It's almost one-tooth increments right across the cassette.

Those five cassettes are:

It also looks like Campagnolo has managed to develop a 12-speed cassette that fits a current frame, with the wording “the aforementioned sprocket assembly can be housed in a conventional bicycle having wheels and frame of standardised size”  perhaps suggesting no major changes or introduction of new standards are needed. Fitting a 12-speed cassette onto an current road bike wheelset would certainly be attractive for obvious reasons.

We don’t know any more details at this stage, and while we could contact Campagnolo for an official response we probably wont' get a reply straight away because they are currently busy hosting Jack somewhere sunny...