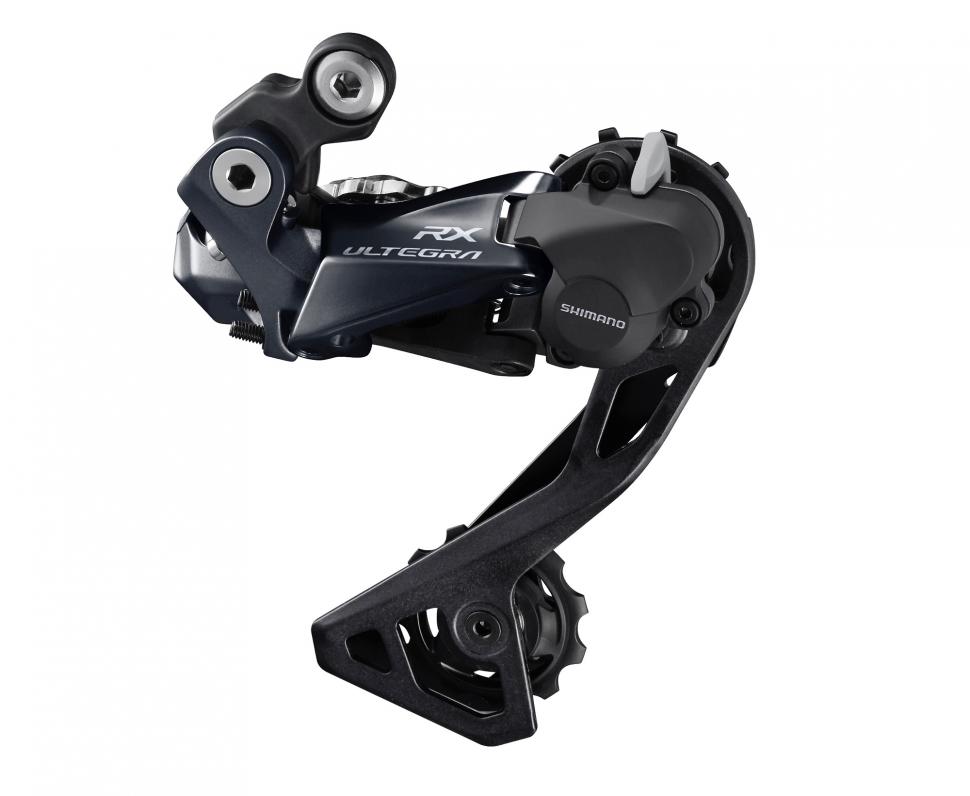 Shimano has released a new Ultegra RX rear derailleur that’s aimed at the ever-developing gravel and adventure market, as well as cyclocross and road. The design features what’s called Shimano Shadow RD+ technology with a chain stabilising switch to control the drivetrain over rough and off-road surfaces. It’ll be available for both mechanical and Di2 (electronic) systems.

Ultegra RX is a new off-shoot of Ultegra, Shimano’s second-tier road groupset. You might have expected the launch of a chainset with a single chainring to go with the rear derailleur but Shimano isn’t releasing a 1x-style road groupset at this stage. When we asked whether it would in the future, we got a standard we’re-not-going-to-tell-you response.

Our guess is that Shimano could release a full 1x road groupset any time it wanted, but it's waiting to see how the market develops before committing. The Ultegra RX rear derailleur would provide more reliability if you were to go down the do-it-yourself Shimano single chainring route.

Check out our news of the launch of Ultegra R8000 from last year.

“Riders have been pushing the limits of what a road bike is capable of riding for many years, evolving the sport from racing to encompass greater adventure,” says Shimano. “In recent years we’ve seen a broader definition of what a drop handlebar bike can look like… Now in a natural evolutionary step it’s time for drivetrains to evolve too. “The new RX800 (mechanical) and RX805 (electronic) rear derailleurs share many characteristics with the [standard mechanical and electronic] Ultegra R8000/R8050 derailleur, such as precise, accurate shifting and Shimano Shadow RD derailleur positioning, but with the added chain stabilising switch to control the drivetrain over rough/uneven ground or off-road surfaces.”

“Much like Shimano’s mountain bike derailleurs, the on/off switch can be found next to the upper pulley. When activated, the rear derailleur pivot takes a firm hold to reduce excessive movement, noise and general ‘chain chatter’.”

In other words, when you turn the switch on it’s harder for the rear derailleur pivot to move, resulting in less chain bounce when you ride over uneven surfaces. The result is that the performance of the drivetrain is more stable: the chain is less likely to hit the chainstay, there’s less chance of it dropping off the chainring, and it stays on the cassette better. The essential elements of the design have been tried and tested in mountain biking for a few years now.

The Ultegra RX rear derailleurs are compatible with Shimano’s existing road dual control levers (both mechanical and electronic varieties) and will work with cassettes with a largest sprocket between 28-tooth and 34-tooth and with chainsets from a cyclocross-friendly 46-36-tooth up to 50-34-tooth.

A lot of today's off-road focused riders are leaning towards single chainring drivetrains for simplicity and ease of maintenance, and using wide-range cassettes to get the gear range they're after. Shimano hasn't commented on the suitability of the Ultegra RX rear derailleur for single chainring drivetrains, but if you were to use it as part of a DIY Shimano 1x setup, you wouldn't be able to get the ultra-low gears that you can with a SRAM 1x setup because of the 34-tooth maximum sprocket size. SRAM Force 1 comes with chainrings as small as 38-tooth and cassettes as wide as 10-42-tooth.

This SRAM cassette is popular and we’ve also tested several bikes with Shimano’s mountain bike 11-40t cassette, requiring the use of a mountain bike XT or XTR Di2 rear derailleur (which does pair well with road bar shifters).

The use of the Ultegra RX rear derailleur with an 11-34-tooth cassette and a smallish single chainring could be ideal for cyclocross, and might be okay on an adventure bike if you don’t ride up and down very steep hills while laden, but pure adventure and gravel bike enthusiasts might feel that Shimano has missed an opportunity to cater more specifically for them.

On the other hand, the new Ultegra RX rear derailleur could be more appealing than using a mountain bike option on a single chainring road bike. We see no reason why that wouldn't work but, as mentioned, Shimano hasn't commented on 1x drivetrains, clearly having no desire to kill off the front derailleur. 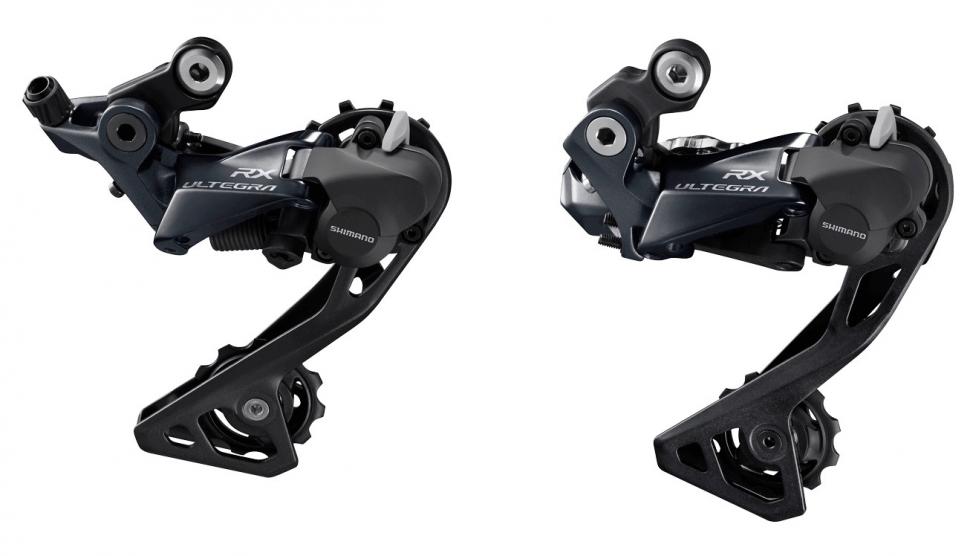 Alongside the Ultegra RX rear derailleur comes a new wider rim 700c aluminium wheel, the WH-RS370-TL. It is an E-Thru axle, tubeless-ready, disc-specific design for tyres from 28mm up to 38mm. It has a claimed weight of 1,900g per pair. We’re awaiting a price on this.

These new components will be available from mid-June 2018.