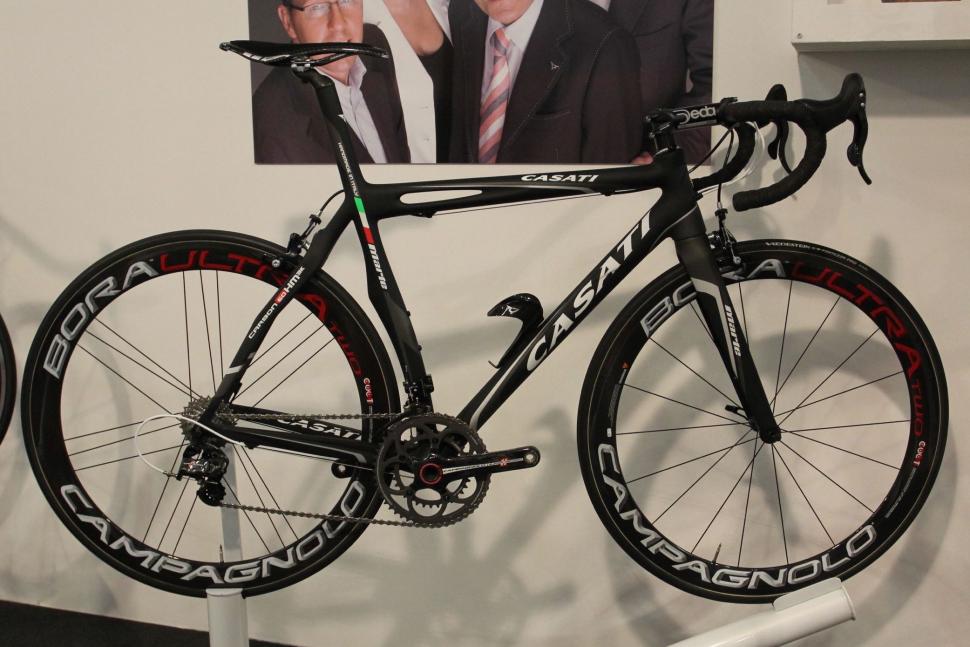 Tonight we celebrate a bike that's a tribute to Italian frame building art… or is it craft (maybe both). Oh yeah, it's got a hole in it
by Tony Farrelly

Last night we treated you to a bike with a twist, tonight it’s a bike with a hole – the Casati Marte HT. Like the Carrera Phibra the Marte was a bike that I used to make a point of seeking out at bike shows - after all who doesn’t like a bike with a hole in the top tube (that's a rhetorical question). 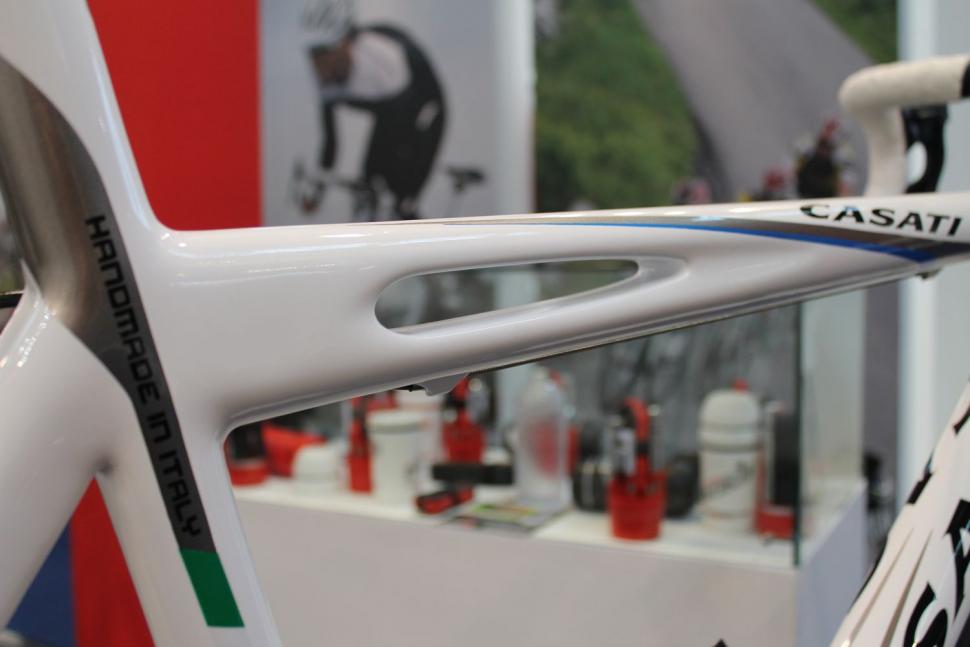 Tonight’s encounter with the Marte HT takes us to Milan Bike Show in 2009. Now that was a show! Not just bicycles but motorbikes too - by the time of our visit the bike bit is down to one hall (but what a hall) and the rest is motorbikes. The next year the bike bit was basically down to one stand (okay it was a big stand - the Shimano stand) but the organisers cunningly  lured myself, Vecchiojo and our then head of… er, getting in to scrapes, TR McGowran by sending out a press release saying that 100 of Italy’s top bike brands would be showing their bikes at the show. They didn’t mention it would be one of each on all the way round the Shimano stand. You live and learn. But I digress… 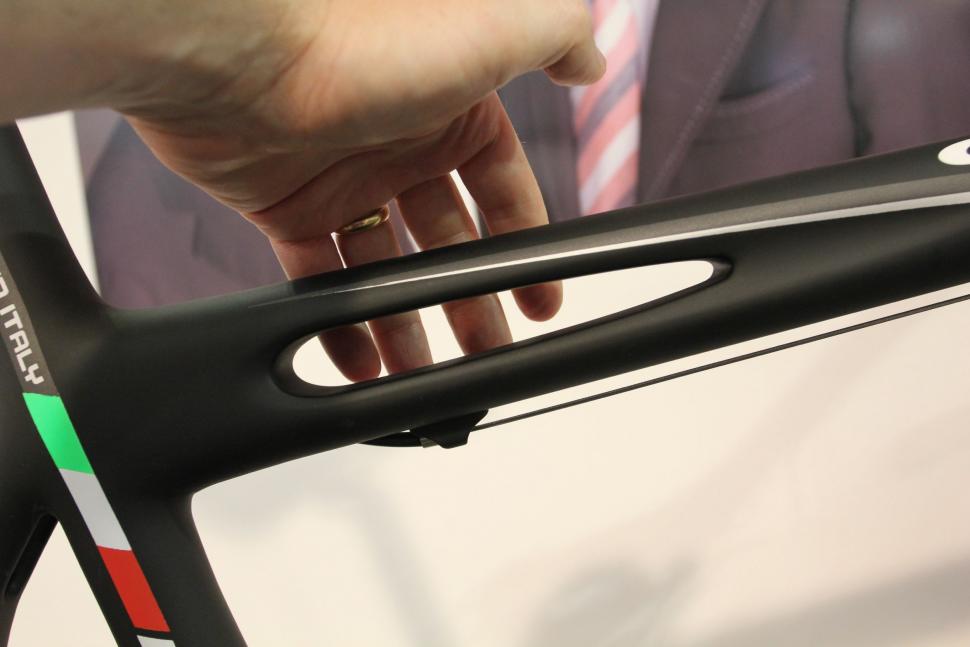 Truth be told that at one point during the mid-noughties almost every bike on the Casati stand had an extra hole in  - well, every carbon bike anyway. I couldn’t truthfully tell you if they were all Martes, my feeling is they weren’t. By this point in 2009 it was pretty much the Marte HT and though the number of holey bikes had diminished - to my eye at least the hole itself* had definitely increased in size - teardrop in shape and a few (reassuring) centimetres in from the top tube’s junction with the seat tube. 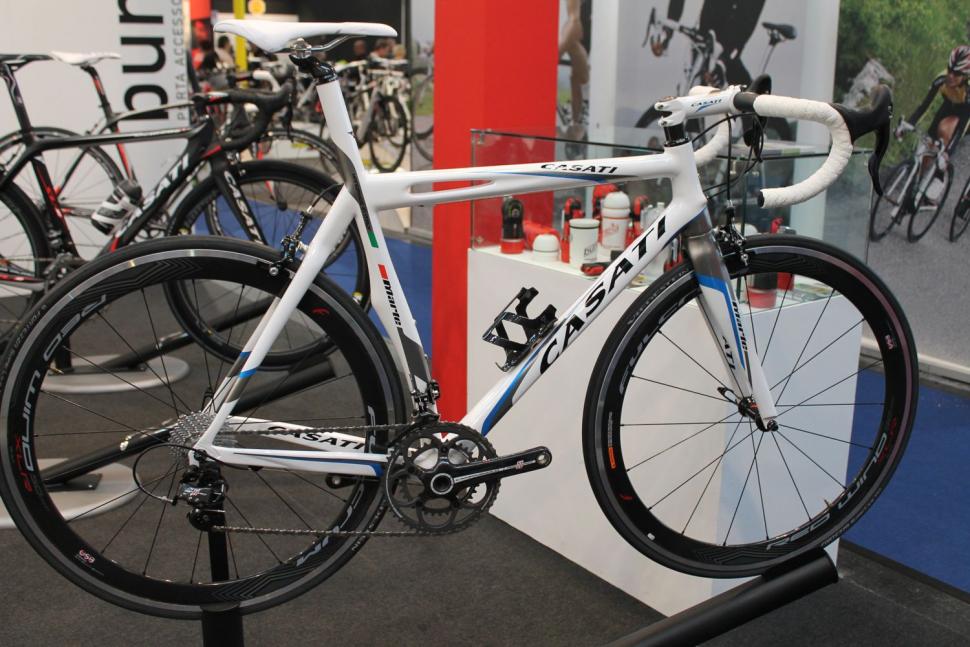 Okay, okay you want to know what the hole is for. Picture a man shrugging - I’m sure if the Casatis (this was and is a small family business) had a hot marketeer on the team he/she’d have come up with something semi plausible involving the old vertical compliance schtick. I never saw any bold claims – mind you I don’t speak (or read) Italian. Instead I’d like to think it was done simply because they could - a demonstration of their skill as frame builders (Casati have been making frames since 1920 and still are**) and the fact that they knew enough about the material they were working with to stick a conversation piece hole in it confident that it wouldn’t kill, maim or injure whoever bought it.

Oh, one other reason I’m fairly confident the hole did nothing, this is the bike industry if anyone who knew more than me about how frames work thought it actually bestowed a performance benefit (especially a marketable one) they’d have ripped it off/licensed it or in some way paid homage by making a hole and filling it with silicon… oh, hang on.

*Those two hole pics are a couple of years apart
** We featured their Steel Espresso RS in 2016, if the Casati website is any indication they don't seem to make any bikes with extra holes though I'm sure if you asked nicely…

1
Win! Fulcrum Wind 40 DB wheels worth £1,100 up for grabs!
2
Tacx Neo smart trainer owner left with “very expensive paperweight” as owners complain Garmin won’t provide support once warranty has expired
3
Five cool things coming soon from Fizik, Decathlon, Ashmei, Chrome Industries and Techalogic
4
Edinburgh cyclist aiming to become the fastest woman to ride around the world
5
Met Police denies operation issuing hi-vis to cyclists was ‘victim-blaming’
6
Hell of the Ashdown sportive cancelled – but no refunds for those who entered
7
World Naked Bike Ride returns to London in June
8
Near Miss of the Day 374: Driver at traffic lights Must Get In Front