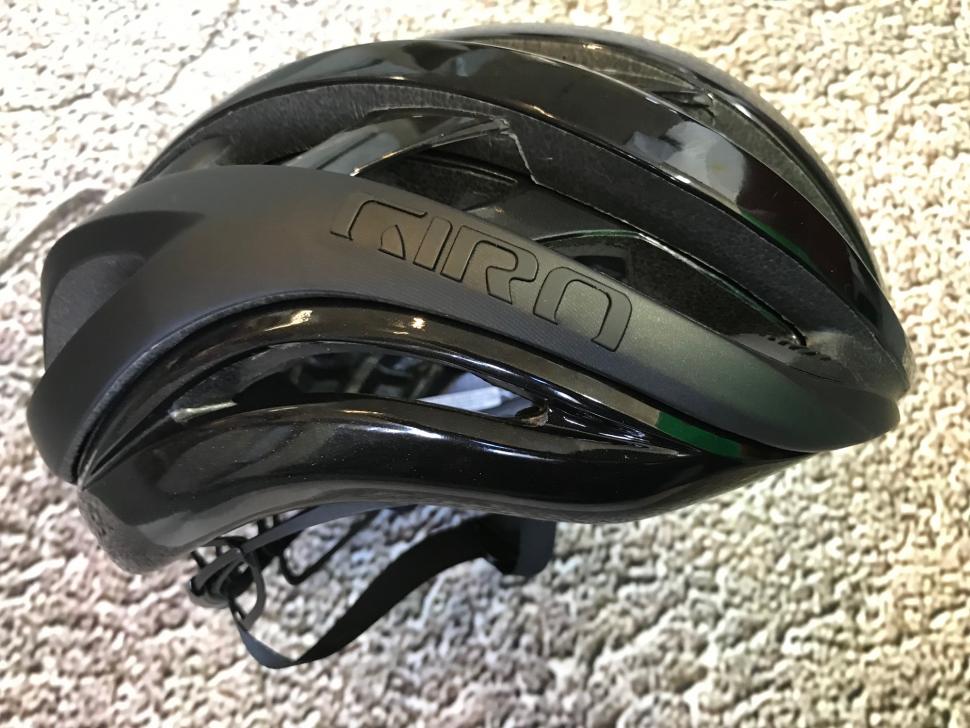 The Aether, Giro's new top end road helmet, has just landed at road.cc HQ for testing. The US brand makes big promises for this design which has just become available in the UK.

"From the elegant silhouette of the Aether’s industrial design to how this helmet manages impact energy, it’s unlike any helmet ever created and a testament to [our] dedication to leading head protection," says Giro.

Why is it interesting?

From a distance the Giro doesn't shout "tech" – at first glance it doesn't look all that different from a lid that costs a fraction of the price – but get up close and you'll see that there's a lot going on here.

First, the shell is made up of six separate pieces of polycarbonate. Then there's what's called an Aura reinforcing arch, which is the shatterproof, transparent piece that you can see running laterally across the front vents. 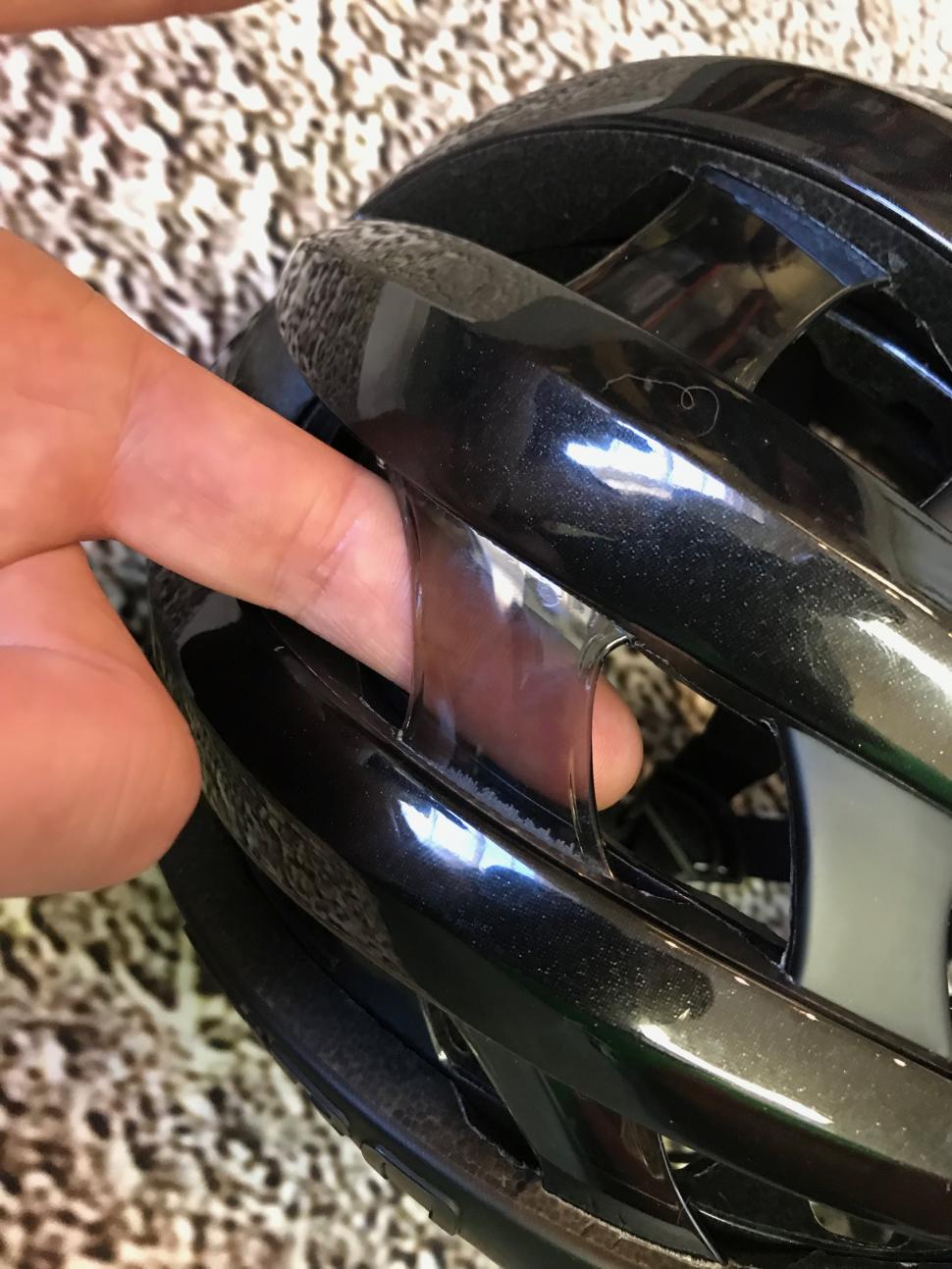 The Aura arch is tinted like sunglasses lenses. The idea is that it adds to the helmet's structural integrity, allowing for loads of ventilation without compromising safety.

The internal channelling is intricate, loads of indentations in the EPS (expanded polystyrene) foam liner designed to allow air to flow over your head.

The standout feature, though, is that there are two distinct layers of multi-density EPS foam that can move relative to one another.

We've seen something vaguely similar before on the Bell Zephyr (Bell and Giro are both owned by the same parent company although their design teams work separately) but it's more obvious here. Put the Aether on your head and you can slide the outer layer of EPS well over a centimetre in certain directions while the inner layer stays motionless next to your head. 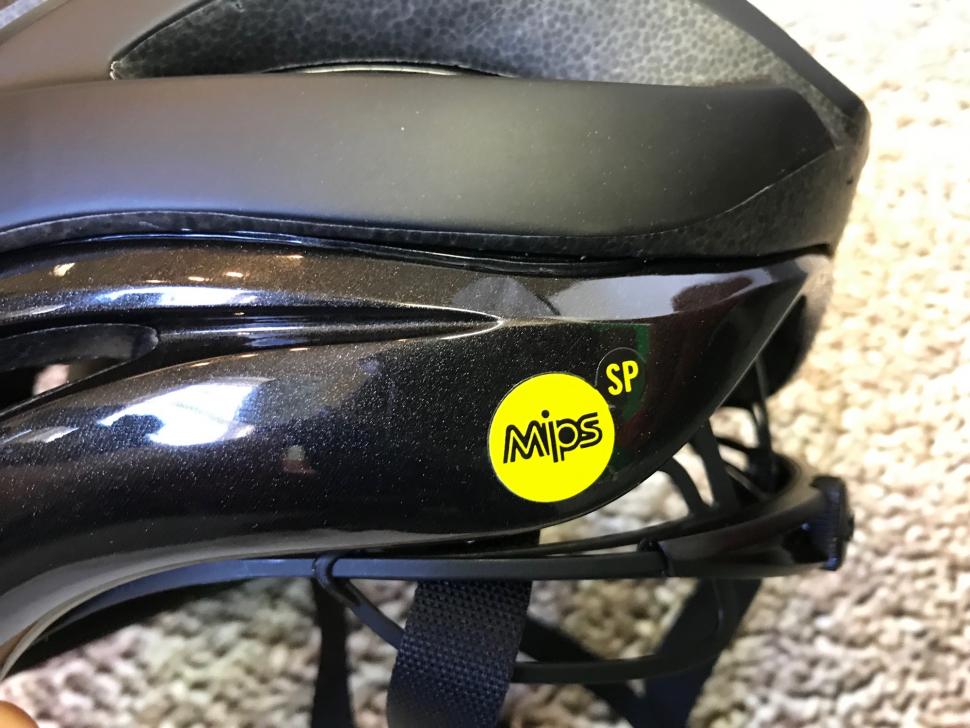 Why? It's MIPS, innit. As you probably know by now, MIPS stands for Multi-directional Impact Protection System. According to the company behind it, MIPS is "scientifically proven to reduce rotational motion by absorbing and redirecting rotational energies and forces transferred to the brain from angled impacts to the head." 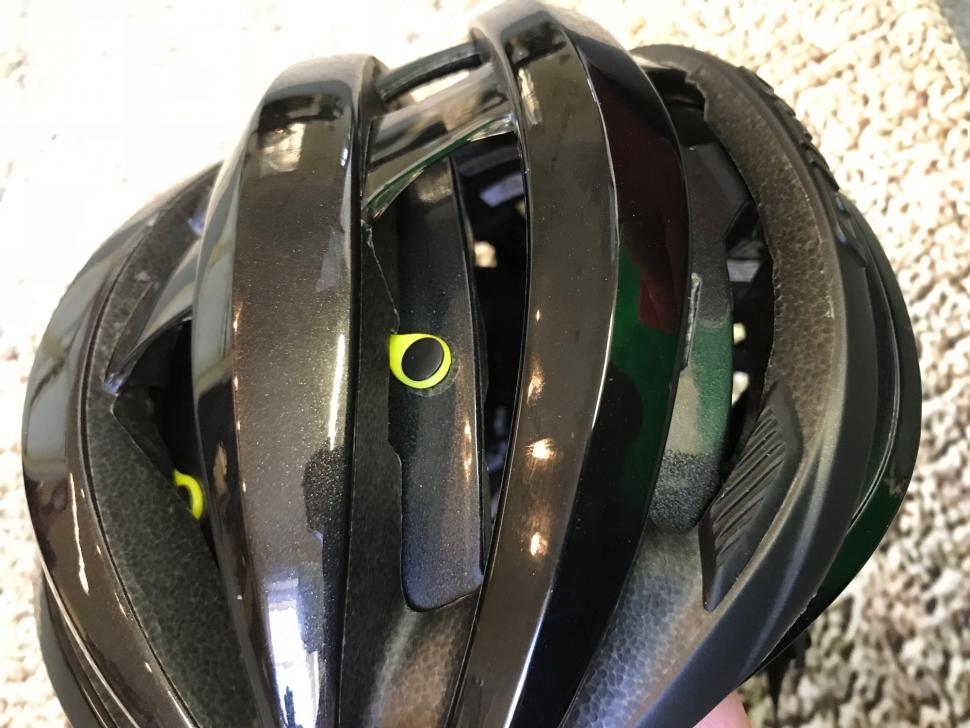 That's the short version. I'm heading to Sweden in a couple of weeks to pay MIPS a visit so I'll give you full chapter and verse after that... whether you like it or not.

A MIPS system is usually added to the inside of a helmet as a liner but Giro reckons that its method of incorporation, called MIPS Spherical technology, "gives riders the benefits of MIPS without any obstruction to comfort or cooling power".

Personally, I rarely get an uncomfortably hot head when cycling, but people who do sometimes say that a MIPS liner can exacerbate things by reducing airflow. Giro's approach is designed to avoid this. 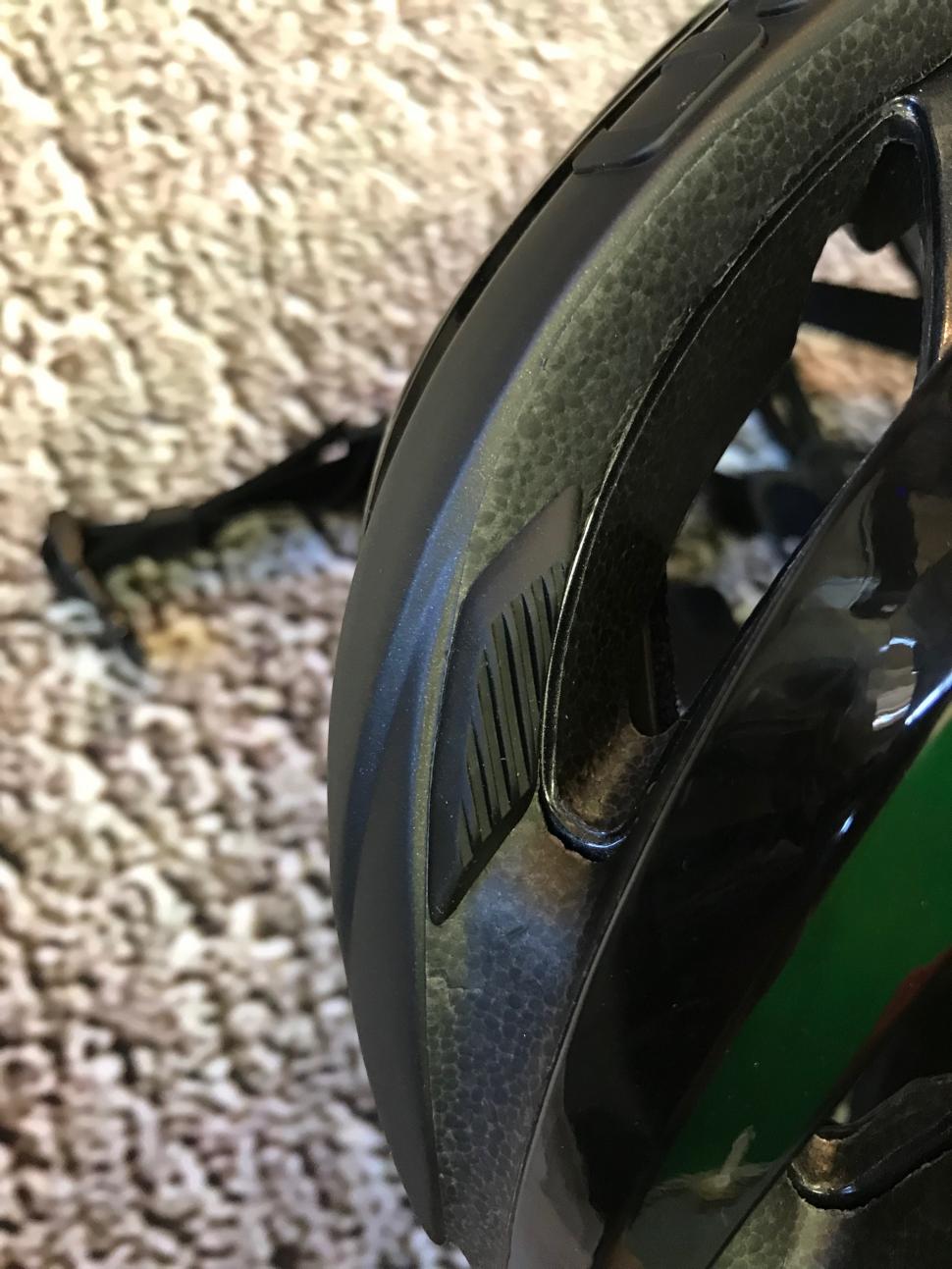 One final thing worth mentioning is that you get little rubber grippers at the bottom of the front vents that are intended to help keep your eyewear in place when you stow them up there. It looks like a cool little feature. 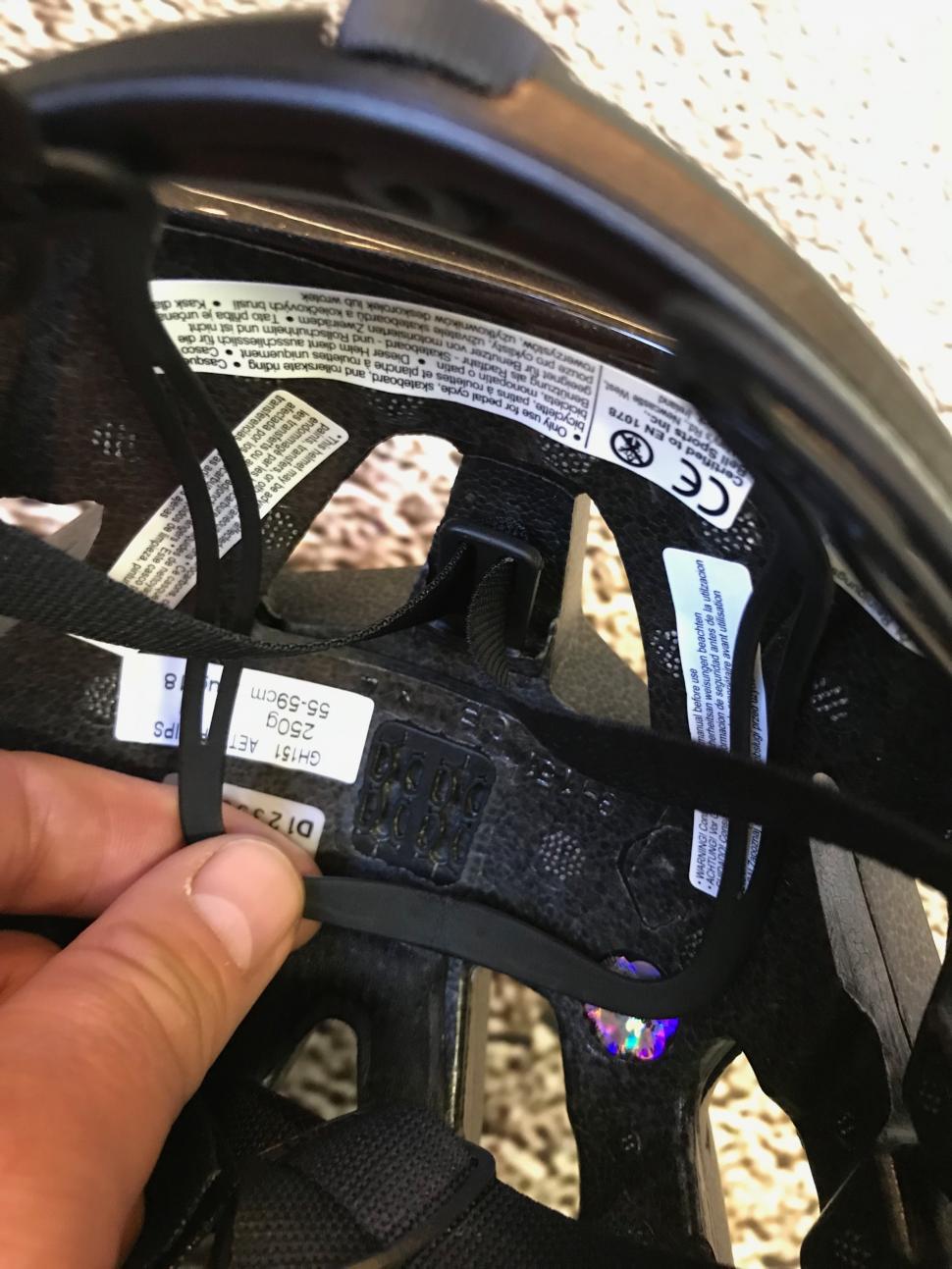 Right, we're going to get the Aether properly photographed (as opposed to these quick snaps) and get the test process started. Keep your eyes open for a review on road.cc in the next few weeks.