Peter Sagan will break from the norm by racing an aluminium bike in the Down Under Classic, a crit race ahead of the Tour Down Under next week.

In a clever marketing move by Specialized which has gained loads of reaction on social media over the weekend, Peter Sagan will race the company’s current Allez Sprint Disc for one day only. 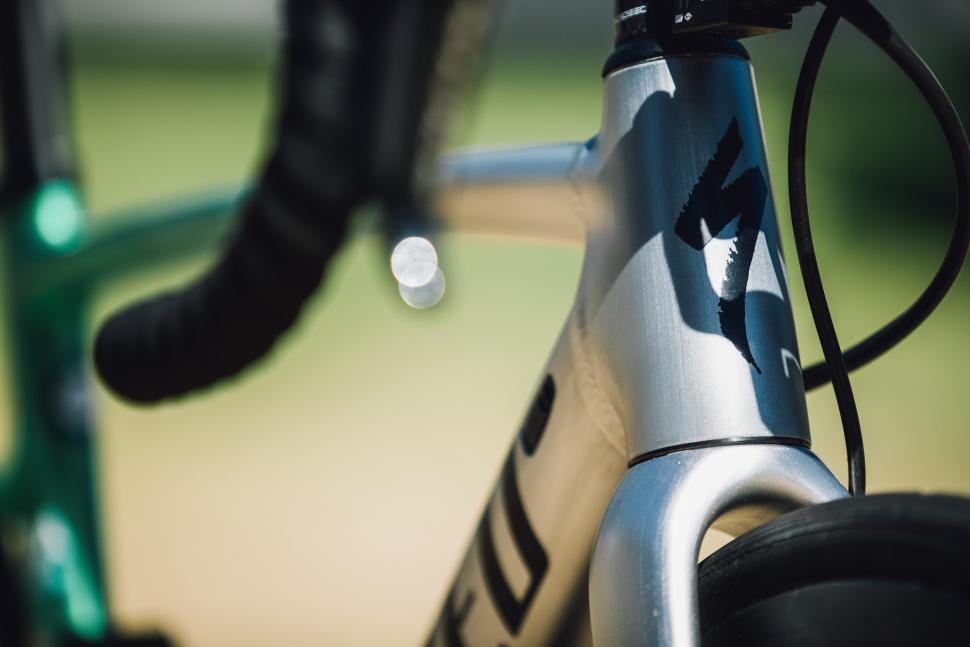 A clever marketing move by Specialized to remind customers it makes a really good aluminium race bike perhaps? Most likely, though reportedly Peter Sagan is drawn to the apparent higher stiffness level of the Allez compared to the Tarmac and Venge, and stiffness is a key attribute for a crit race bike, where weight and comfort are of little concern. 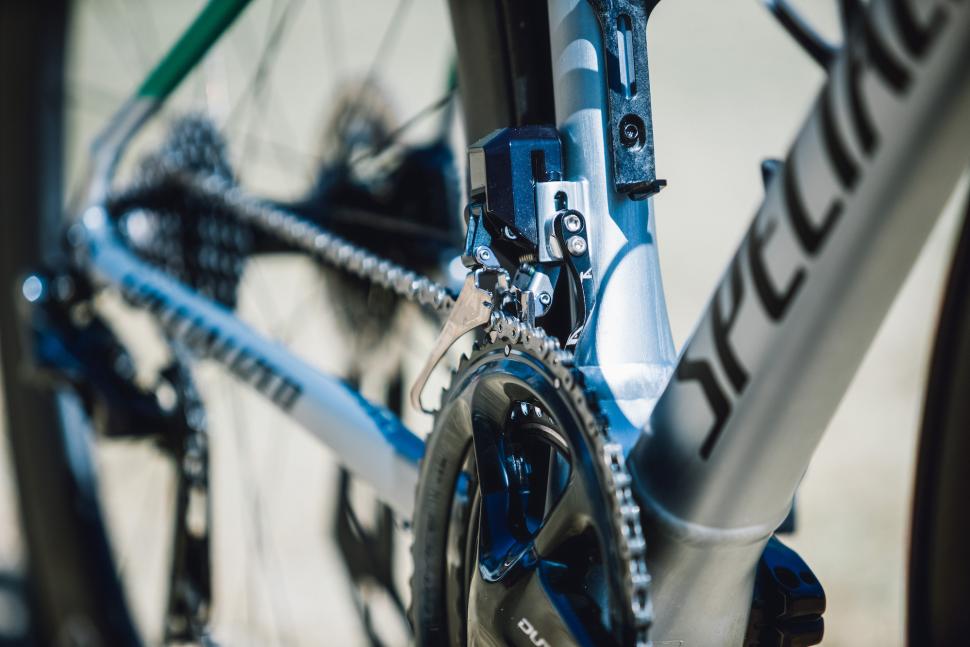 The disc brake version of the Allez Spring was launched in August last year and builds on the company’s innovative aluminium frame, which features the rather unique D’Alusio Smartweld Technology. This involves specially shaped hydroformed tubes with a curved edge at the head tube and bottom bracket that creates a seamless valley that is filled with weld material and is said to offer weight and stiffness benefits. It’s also got some nods to aerodynamics in the shape of the seat tube and seatpost. 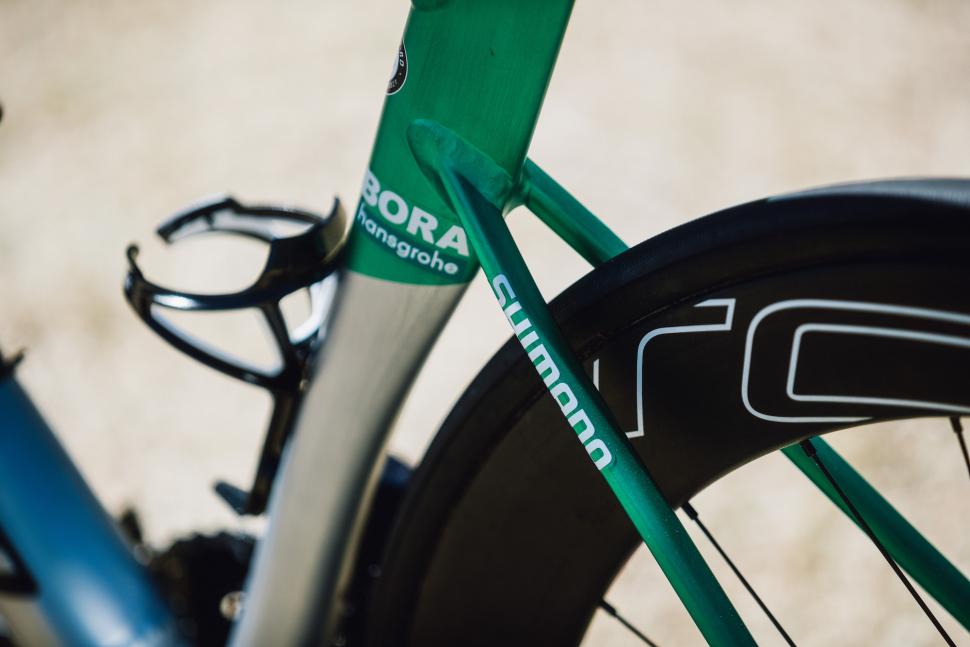 And it’s now available with disc brakes, using the commonplace 12mm thru-axles with flat mount calipers. The hoses are routed internally but it looks like there’s is redundant mechanical cable port at the top of the down tube, an indication it’s a stock frame and not a prototype as some have speculated. Could it lead to a further development of this model with the feedback Sagan is likely to give Specialized.

It’ll be built up with the usual plethora of team kit including a Shimano Dura-Ace Di2 groupset with Roval CLX 64 carbon fibre tubular wheels and the Aerofly handlebar from the Venge with a PRO aluminium handlebar. 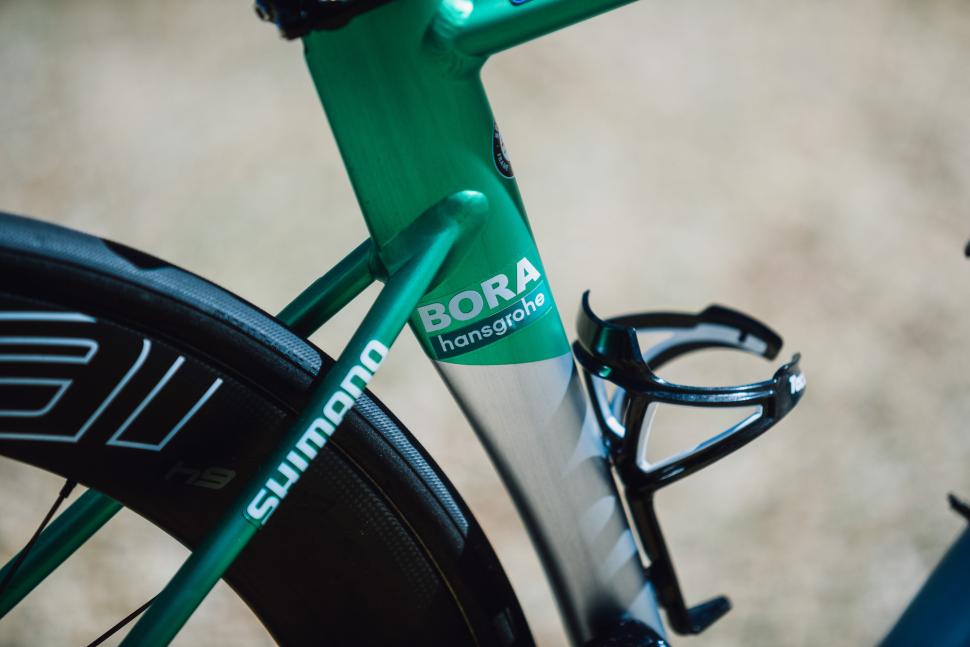 It’s also marked out by a custom paint job - naturally - that uses the Bora-Hansgrohe green brand colour across the back and top half of the frame over a raw silver base coat.

We’re real big fans of aluminium bikes here at road.cc. We’ve been saying for years that aluminium bikes offer better value for money since less money is tied up in the frame, so you get better parts for your cash. And the latest aluminium bikes like the Cannondale CAAD12, Kinesis Aithein or Bowman Palace to name a few examples offer spectacular performance that isn’t to be sniffed at compared to other frame materials. And the latest developments have gone a long way to producing frames that provide a pretty smooth and compliant ride, certainly a long way from the ‘harsh’ frames of the 90s.

If Peter Sagan wins aboard this bike it’ll be the first big race win on an aluminium bike since, well I can’t remember when. Maybe you can remember? If so let’s hear it in the comments below.