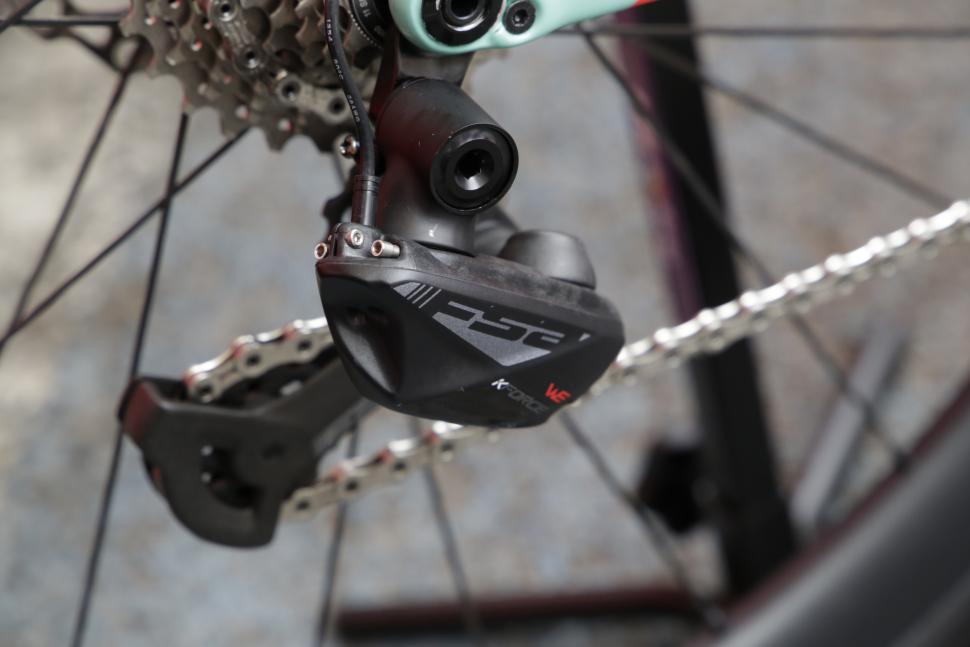 The professional cycling peloton is dominated by Shimano, SRAM and Campagnolo when it comes to groupset choices, but there’s now another player in town: FSA and its K-Force WE electronic groupset, which was ridden to victory in the La Vuelta by BH-Burgos rider Angel Madrazo Ruiz (who did well to recover from being driven into by a team car). FSA is best known for making components like cranks, handlebars, stems, seatpost and brake callipers, but it decided to step up to being a groupset manufacturer several years ago. K-Force WE has been many years in development, we first rode a prototype in 2016, the length of time from concept to production readiness shows how tricky making a groupset really is. 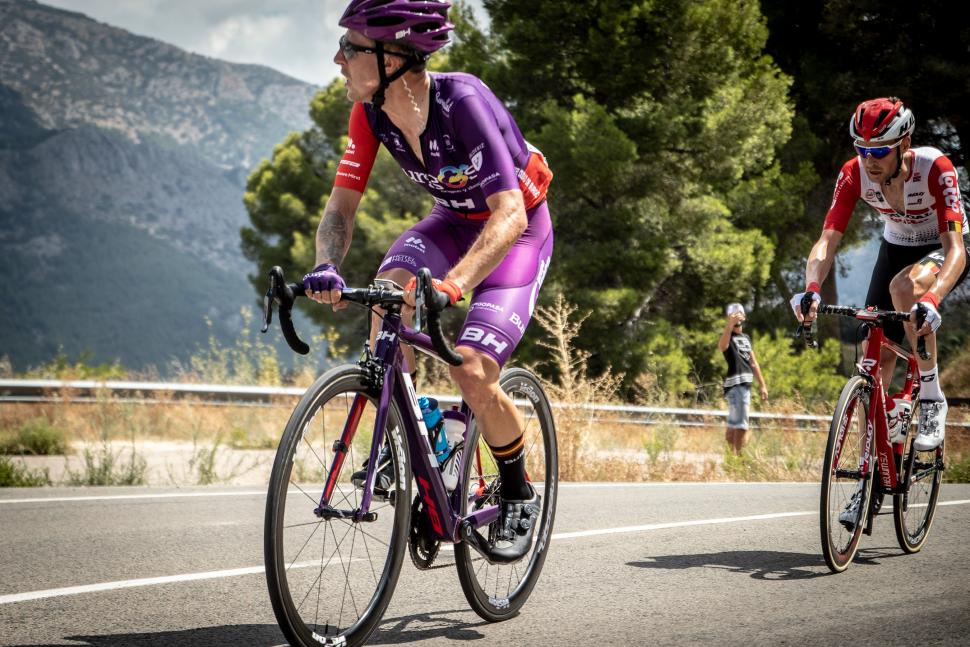 So to claim victory in a Grand Tour, arguably the hardest event there is on cycling equipment, is validation the groupset works. Angel Madrazo Ruiz also plays a big part of course, since he was dropped three times on the final climb but came back in the final kilometre to take the biggest win of his career. And the first for FSA’s new groupset.

Furthermore, the second-placed rider, Jetse Bol also on the BH-Burgos team, was riding the disc brake version of the K-Force WE groupset on his BH G8 bike. That’s it pictured below (we don’t have a good photo of the winning bike just yet). 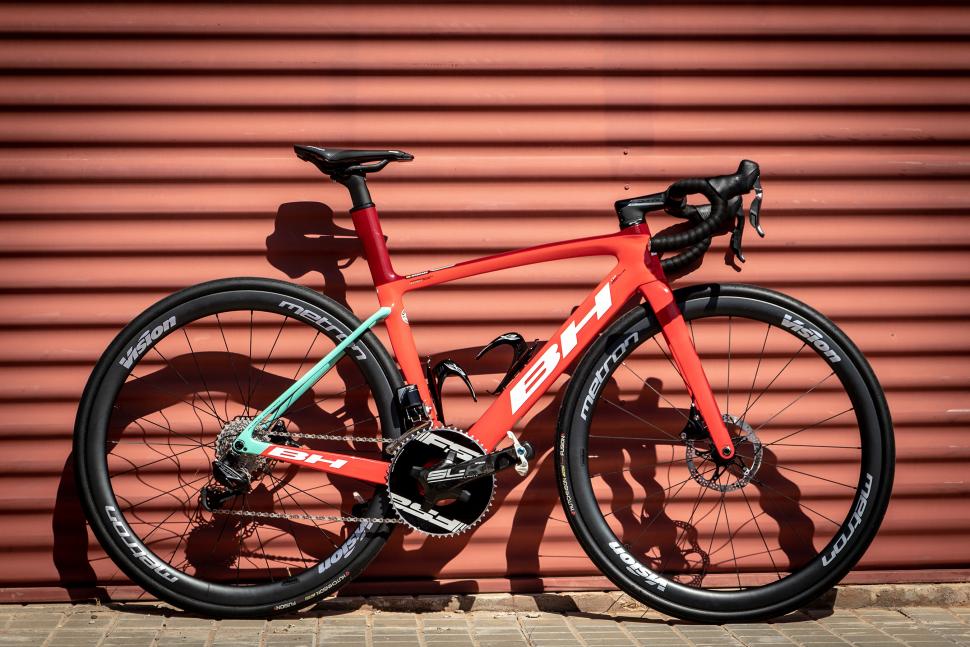 It’s sponsoring the Spanish team BH-Burgos and has outfitted all the BH bikes with its latest K-Force WE groupset. Most of the team are choosing to ride disc brakes but it’s clearly a rider decision which brake system they opt for.

What is K-Force WE?

To refresh your memory, K-Force WE is a semi-wireless groupset, with the two derailleurs wired to a battery in the seatpost while the shifters communicate via ANT+ to the mechs, in what it promises is a secure wireless protocol. It’s offered with a choice of disc or rim brakes - the team choosing the latter because, well the pros aren’t all onboard with disc brakes just yet. 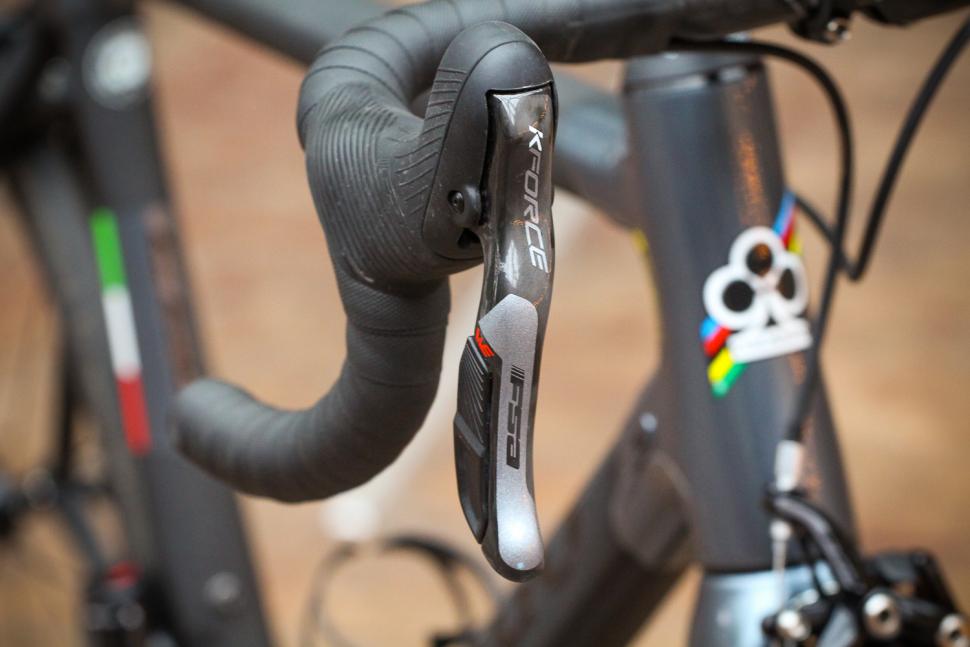 The shifting mimics Shimano’s Di2. To change gear you operate a rocker paddle integrated into the lever. The gear shift paddle operates on a rocker mechanism with two small springs behind each end. It’s quite large with a dimpled surface and raised ridge halfway along, all of which makes shifting intuitive and easy. 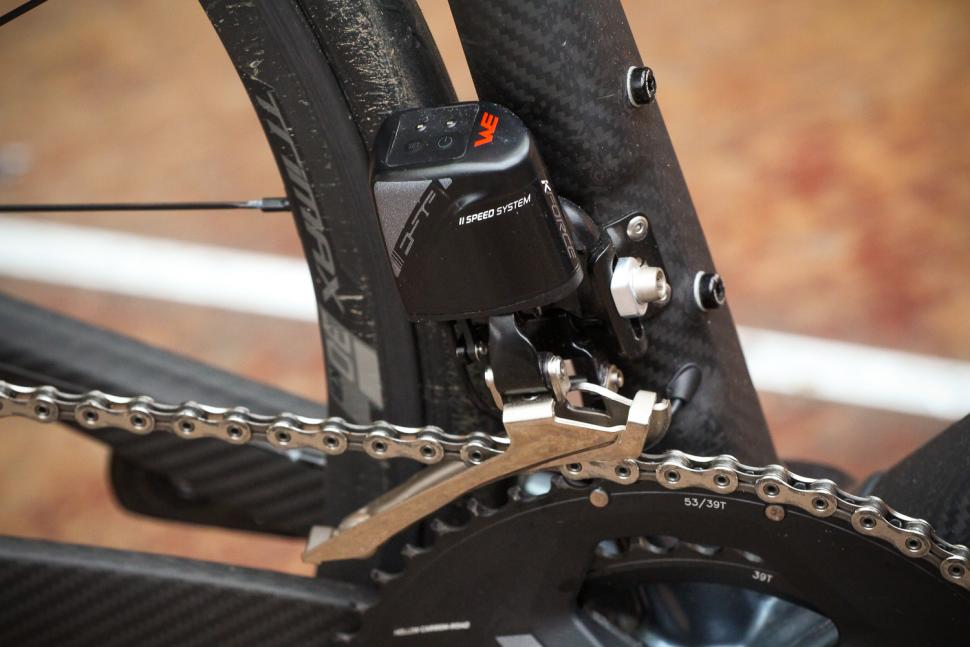 As we found out when we reviewed it, it works well with comfortable ergonomics and easy setup, but the shift operation isn’t quite as smooth as Shimano Di2 or SRAM eTap. Hopefully, more refinement can be found as FSA continues to develop the groupset. 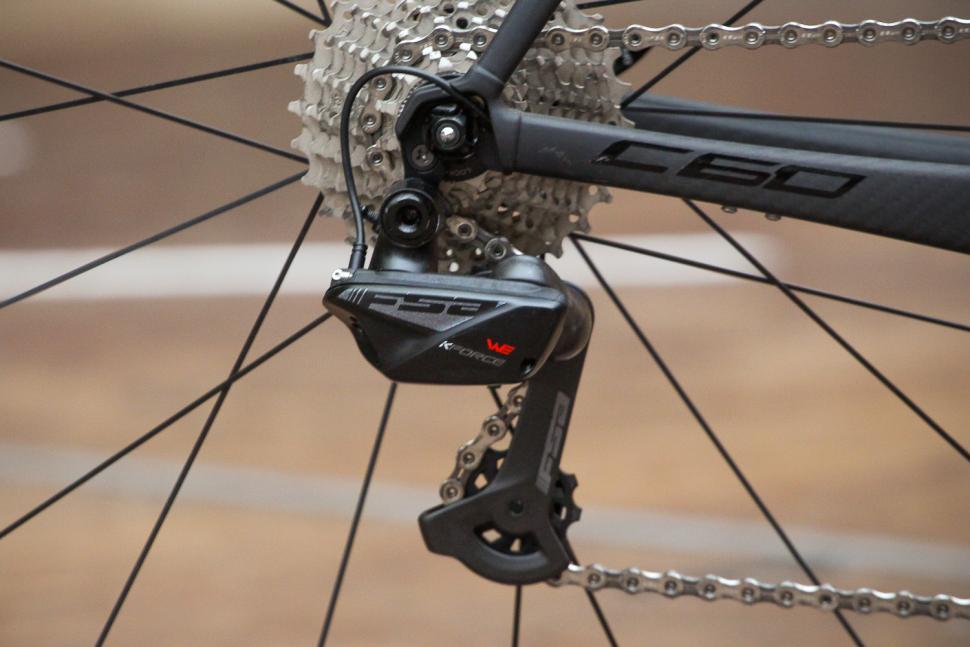 You can read our full FSA K-Force WE review here