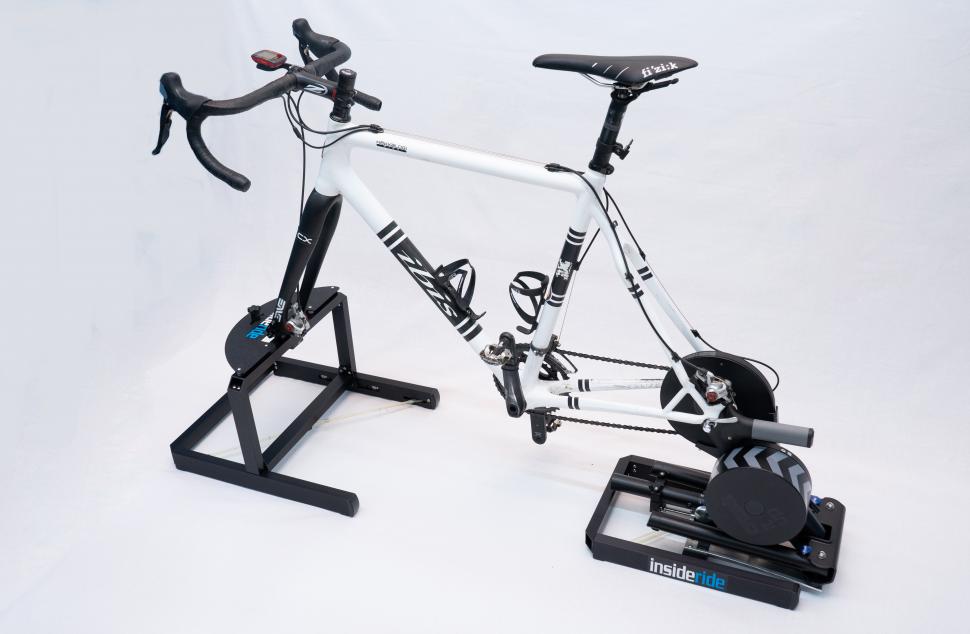 Indoor training, thanks to the advent of smart trainers and software like Zwift, has gotten hugely popular in the last couple of years, and there’s now a push towards increasing the realism with floating platforms that further mimic riding outside.

There has been a community of indoor cycling fans making their own DIY floating platforms out of bits of wood and tennis balls, inflatable and springs, and now bike brands are taking an interest. Saris has launched the MP1 trainer platform and today we learn of the new e-Flex Motion System from InsideRide. 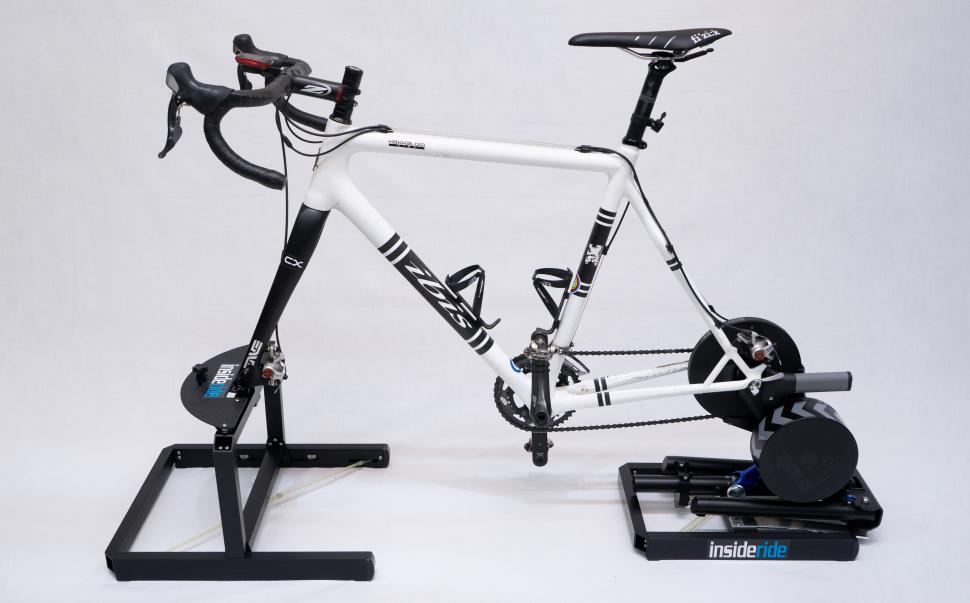 The e-Flex Motion System is designed specifically to allow the Kickr and attached bike to tilt from side to side with a floating fork stand at the front.

It comprises a rocking platform for the Kickr and a separate fork stand which contains a mechanism to control the range of tilting. The wheels come off the bike and attach to each component of the trainer. This has the added benefit of ensuring the trainer is compact and can be easily stored away when not in use. 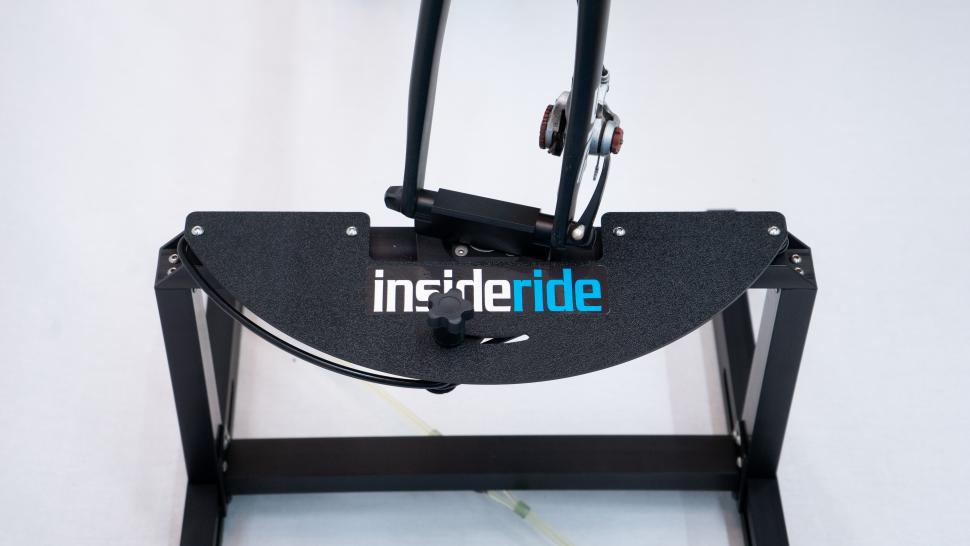 The company tells us that the design differs from rocker plates and motion platforms due to the way the tilting is initiated. As you ride, the bike will naturally tilt side to side. There’s also a small spring to provide a force that helps keep the bike vertical when not in use, it also acts as a centering force when riding no-handed. The rider can actually control the rocking motion via the handlebars. It apparently eliminates unintended rocking as well, especially during hard efforts.

Why do you want a tilting platform? When you ride a bike in the real world the bike moves around underneath you, it’s not static, and it’s this movement that these floating platforms are trying to mimic. Most indoor trainers lock the bike firmly into place and there’s some believe this prevents them from both feeling realistic and being comfortable. 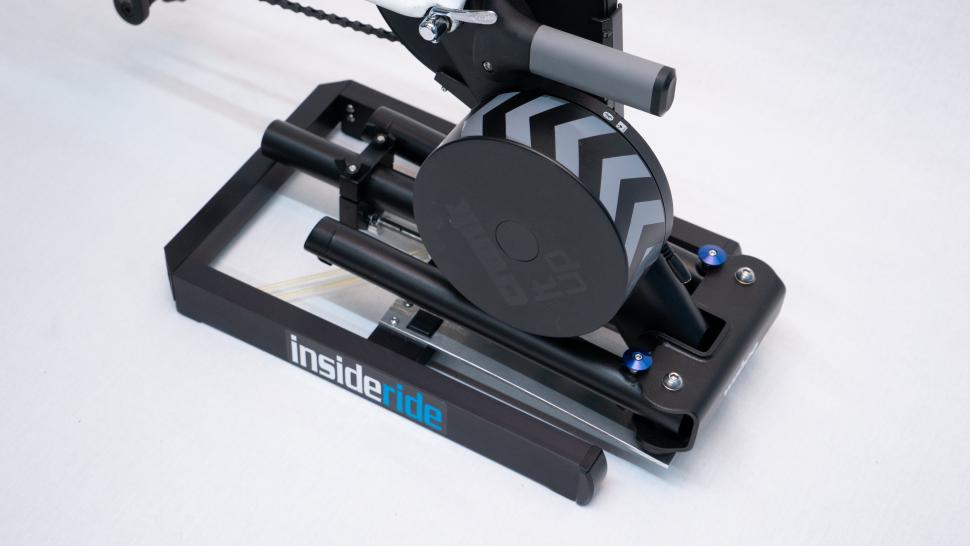 The base does look very small and is designed with the Kickr legs folded in the stowaway position, so we can’t help but wonder how stable it’ll feel in use especially when you’re really going for it up the big climbs.

The e-Flex is only compatible with the Wahoo Kickr and costs $399 in the US - no word on UK availability at the moment. We are very intrigued and would love to have a go. More info at www.insideride.com

1
Near Miss of the Day 812: Van driver hits cyclist during impatient overtake on country lane
2
Five cool things coming soon (but on a budget) from Vittoria, Decathlon, Topeak, Hutchinson and Formbeat
3
Cannondale unveils new SuperSix EVO Leichtbau with a mega-light 750g frame
4
Near Miss of the Day 811: Van driver pushes cyclist against kerb
5
Dual carriageway time trials suspended after cyclist killed on A11
6
Road rage motorist assaults cyclist and steals his camera after accusing him of ‘not riding in the bike lane’
7
Near Miss of the Day 810: Reckless overtake towards oncoming cyclist and bus… and some afters from the impatient driver
8
Drug driver sentenced to 21 months in prison for killing cyclist – seconds after using his phone to text friend