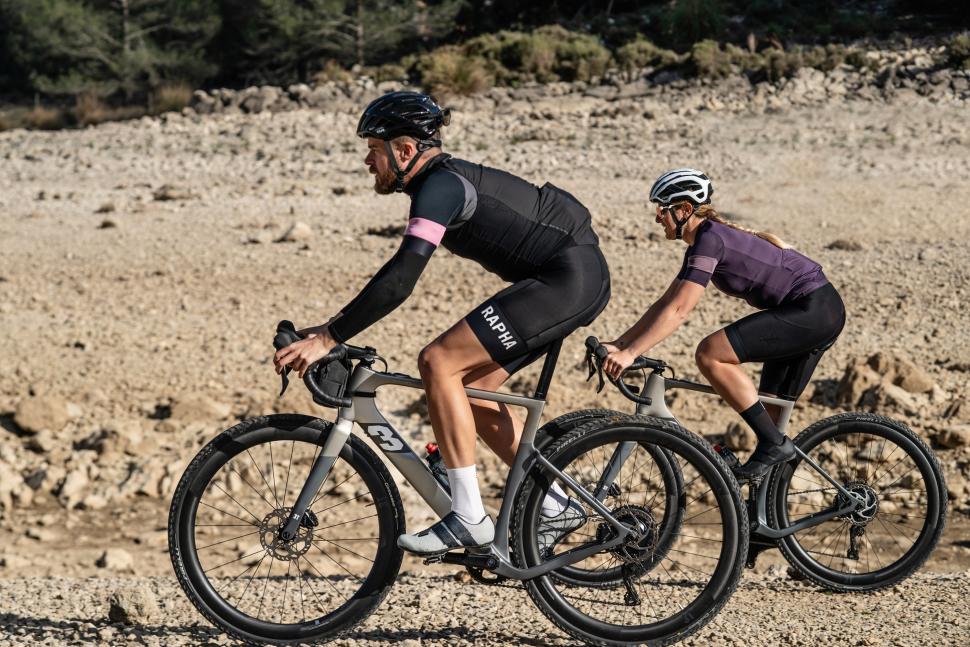 Adding to its RaceMax gravel race bike, 3T has released the RaceMax Boost in three builds. The drop bar RaceMax Boost is essentially a range boosting bike for riders that want the benefits on an ebike while the flat bar variation is aimed at commuters. There's also an Ultralight build for the weight-conscious e-biker.

We first heard about a new bike in 3T’s lineup last year and the RaceMax came based on the revolutionary Exploro from 2016. There was plenty of notable tech packed into the new frame such as the double dropped chain stays and we even got yet another bike industry measurement standard to talk about. 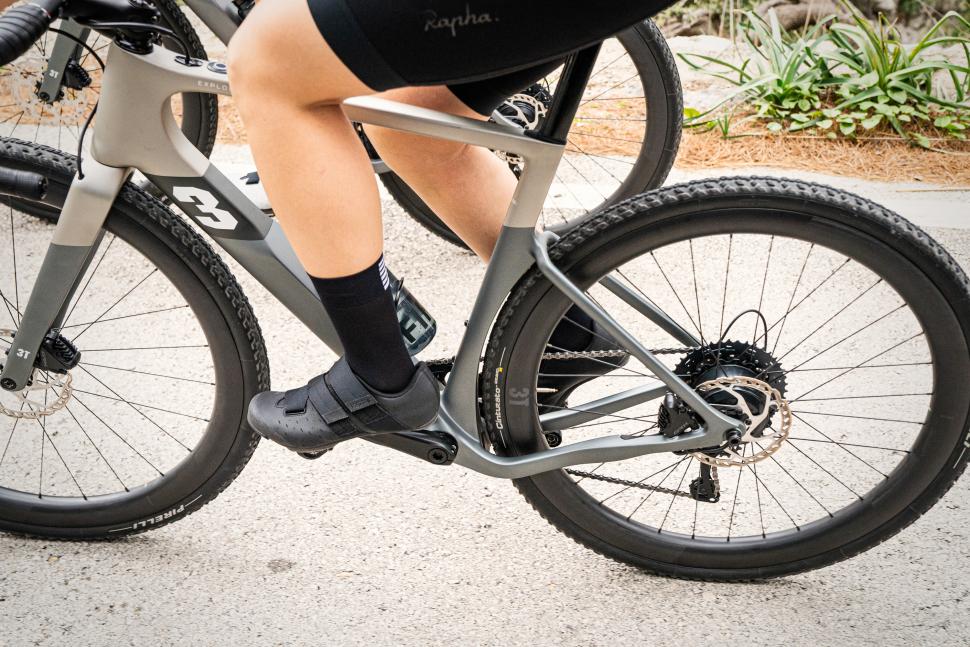 RAM and WAM weren’t (annoyingly) a tribute to the pop gods but rather a new way of measuring tyre size. It was all in an effort to get the tiniest gap between the frame and the tyre, apparently improving aerodynamics for those crazy 200-mile gravel races that the RaceMax was designed for.

> You can read all about RAM and WAM right here

3T is using the same frame shapes and geometry for the two e-bike models, so the tight tyre clearances remain. New, though, is a custom Mahle X35 system that gives the rider a 250w rear hub motor that offers 40Nm of torque and is powered by a 250W battery that is hidden in the down tube. All of that power generally adds a fair bit of weight to a bike, but 3T says that the RaceMax Boost is available in an Ultralight build at a claimed 9.8kg even with “a full gravel build.”

This system isn’t an uncommon sight on bikes where the designer has tried to maintain the classic road bike look. While some skinny tube road bikes have to expand the down tube to fit the battery, the Exploro RaceMax already had a pretty beefy down tube and the result is an ebike version that doesn’t look any different at first glance to the standard bike. 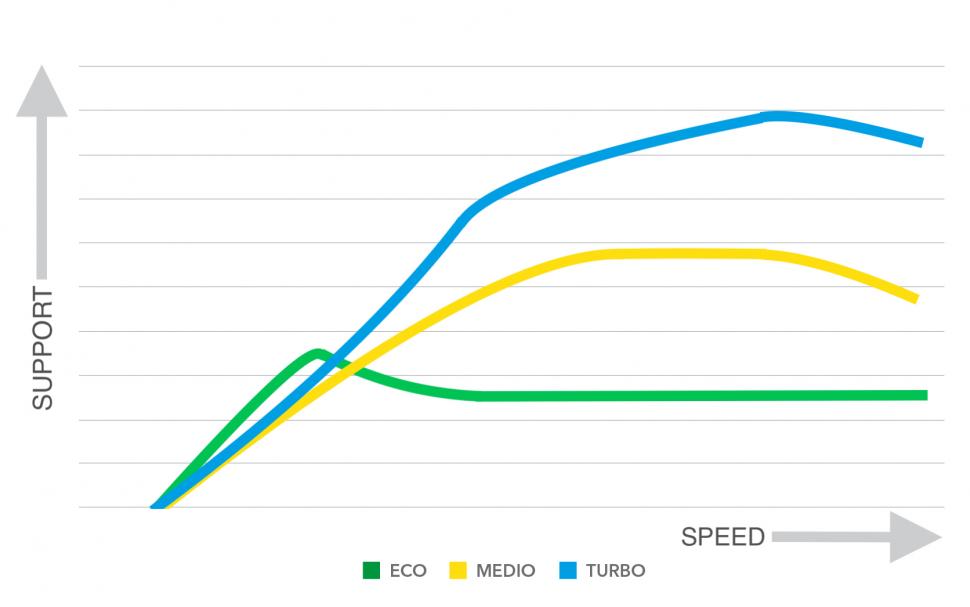 3t says that the Mahle ebikemotion system was customised “to create a very smooth power ramp-up for the most natural pedalling feel” and they go on to say that the RaceMax Boost “is an e-bike for true cyclists.”

Speaking further about the customisation of the motor, 3T says that the three power levels “are tuned to make the most of every situation: 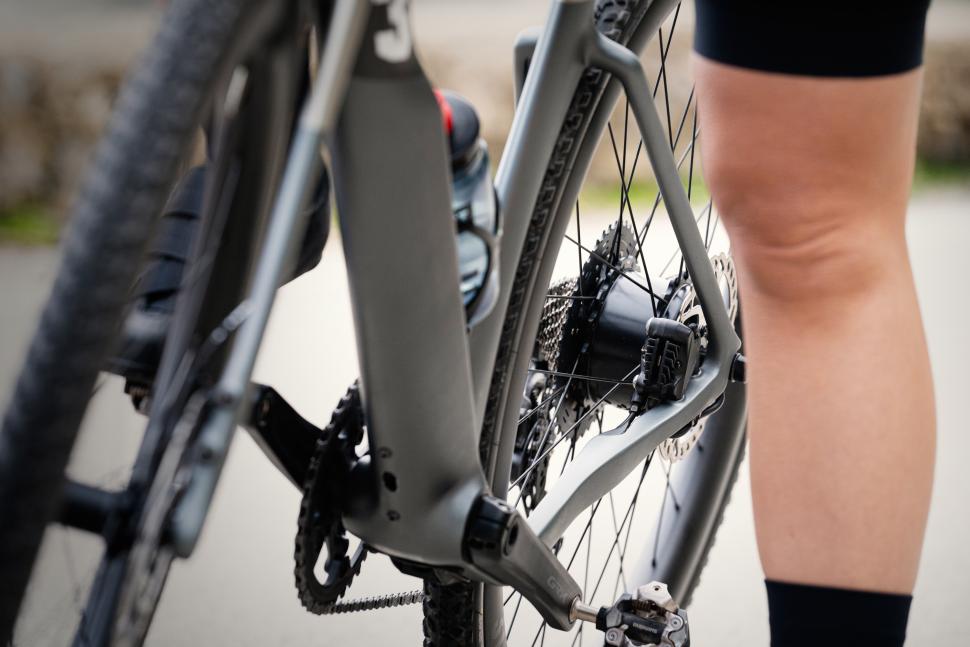 To extend the range, as with other Mahle ebikemotion X35 systems, you can attach a second, external battery that looks like a water bottle. Unlike other brands, 3T has placed the mount for this in the third bottle cage location on the underside of the down tube to give you space for the usual two bottles.

“We wanted to keep the fun and flow of a fast, agile gravel bike, not build a motorcycle with pedals. That means the system has to be very light, offer a very smooth power ramp-up & create no drag when turned off. In the end, 3T’s customised Mahle X-35 system offers all three and even better, it fits inside the Racemax frame without any change to the tube shapes!” The RaceMax Boost is available for £7,299 for the drop bar and flat bar and the Ultralight is priced at £10,299. Each build is set up 1X with the Boost and Boost Flat bar getting a Shimano GRX groupset and 3T Discuss wheels. The Boost Flat bar uses a 3T carbon straight bar and also switches to Shimano brake levers for the flat bar. Otherwise, the spec sheets are identical.

The Ultralight steps things up to a SRAM Red AXS groupset, 3T Discuss wheels and a 3T Torno crank.

Availability for the Boost drop bar is currently set for this month while you’ll need to wait until September for the Flat bar or Ultralight bikes.