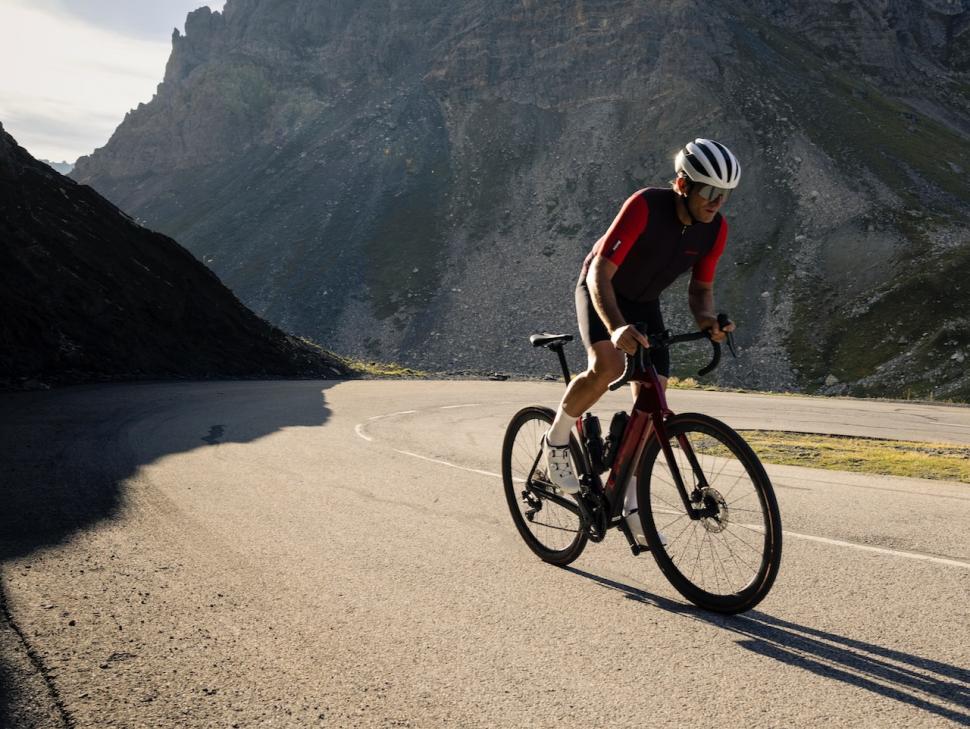 Trek has just released the all-new Domane+ SLR, an e-road bike that weighs as little as 11.75kg with space for tyres up to 40mm wide. Trek believes that the Domane+ SLR looks and feels like a non-electric bike. The US brand has also unveiled a new aluminium-framed Domane+ Al that’s a more economical option.

Trek says, “The Domane+ SLR doesn't look, sound, fit, or feel like an electric bike. It boasts a lightweight carbon frame, whisper-quiet motor, sleek controls and road-specific tune for a true road bike experience with a subtle and powerful boost wherever you need it.”

The new Domane+ SLR offers most of the features of the acoustic (non-electric) Domane, the endurance road bike that Trek recently updated. 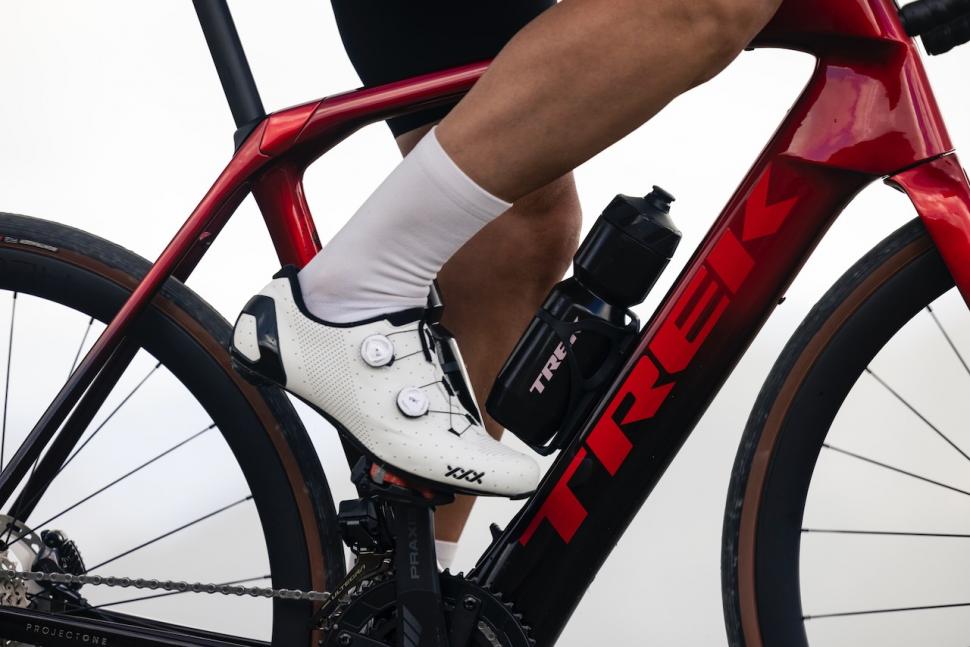 It’s built with Trek’s highest-level 800 Series OCLV carbon to keep the frame weight down. You might remember that Trek first introduced 800 Series to ensure its Emonda SLR road bike frame remained under 700g when adding aero-profiled tubing to this traditionally lightweight platform a couple of years ago. Trek’s acoustic Domane SLR is now made with 800 Series OCLV carbon too.

Like the acoustic Domanes, the Domane+ SLR is designed for long-ride comfort and includes rear IsoSpeed which allows the seat tube (and therefore the saddle) to move independently of the rest of the frame. The idea is to smooth over bumps in the road for increased comfort and stability and to reduce fatigue. 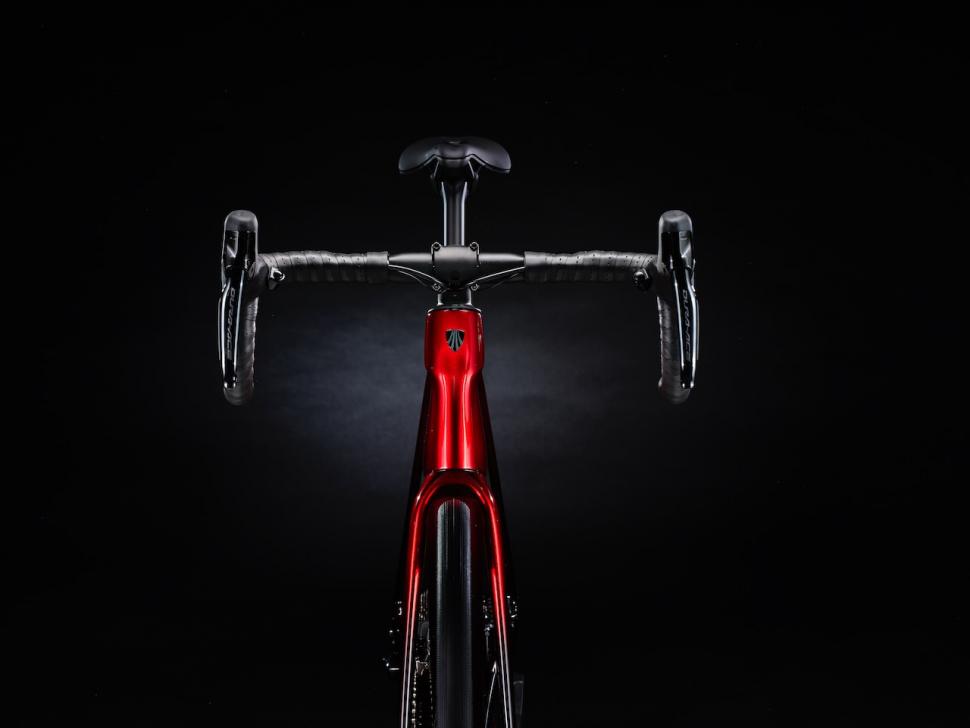 If you want an extra helping of comfort, you can run tyres up to a maximum size of 40mm (or 35mm with mudguards; the Domane+ SLR has hidden mounts), which is more than is possible with the acoustic Domanes. This allows for 6mm of space all-round between the tyre and the frame/fork and is well into gravel bike territory. Trek offers the Domane+ SLR with gravel tyres and a SRAM 1x XPLR groupset (see below).

The Domane SLR+ is built to Trek’s Endurance geometry. Compared with the H1.5 geometry found on Madone and Émonda models, it features a tall head tube and long wheelbase, the idea being to maximise comfort and stability. 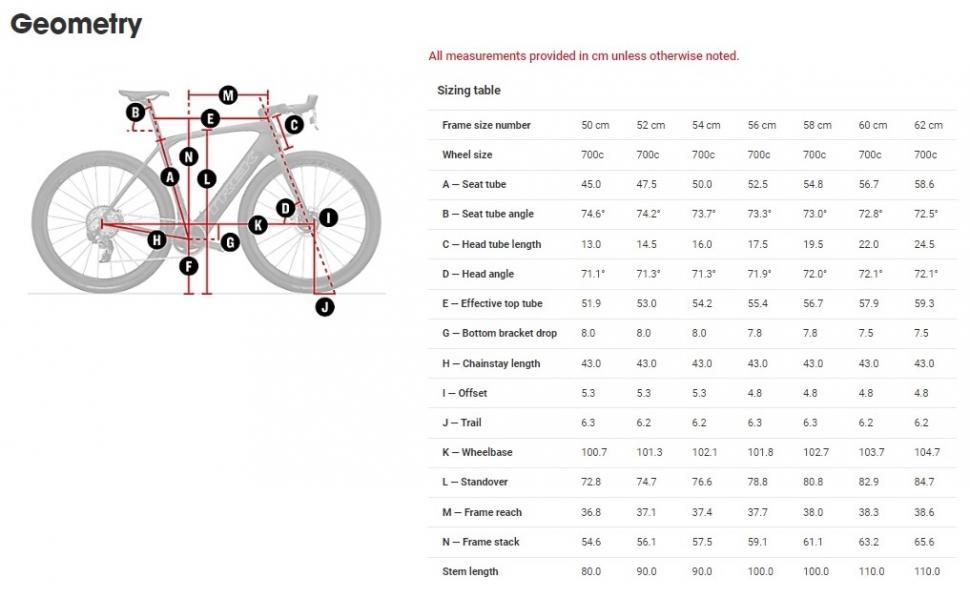 At 163mm, the Domane SLR+’s Q-factor – the distance between the outside face of each crank arm at the point where the pedal attaches – isn’t much more than that of a non-electric road bike.

> Could the wrong stance width be affecting your cycling performance?

Unlike the acoustic Domane SLR, the Domane SLR+ doesn’t have an internal storage compartment within the frame and there are no mounts for bags either.

The Domane+ SLR’s power comes from a TQ Harmonic Pin Ring (TQ-HPR50) e-system. If you’re not familiar with it, this is how it works…

Trek already uses the same TQ system on its Fuel EXe e-mountain bike, providing up to 300 watts of assist and 50 N m of torque. 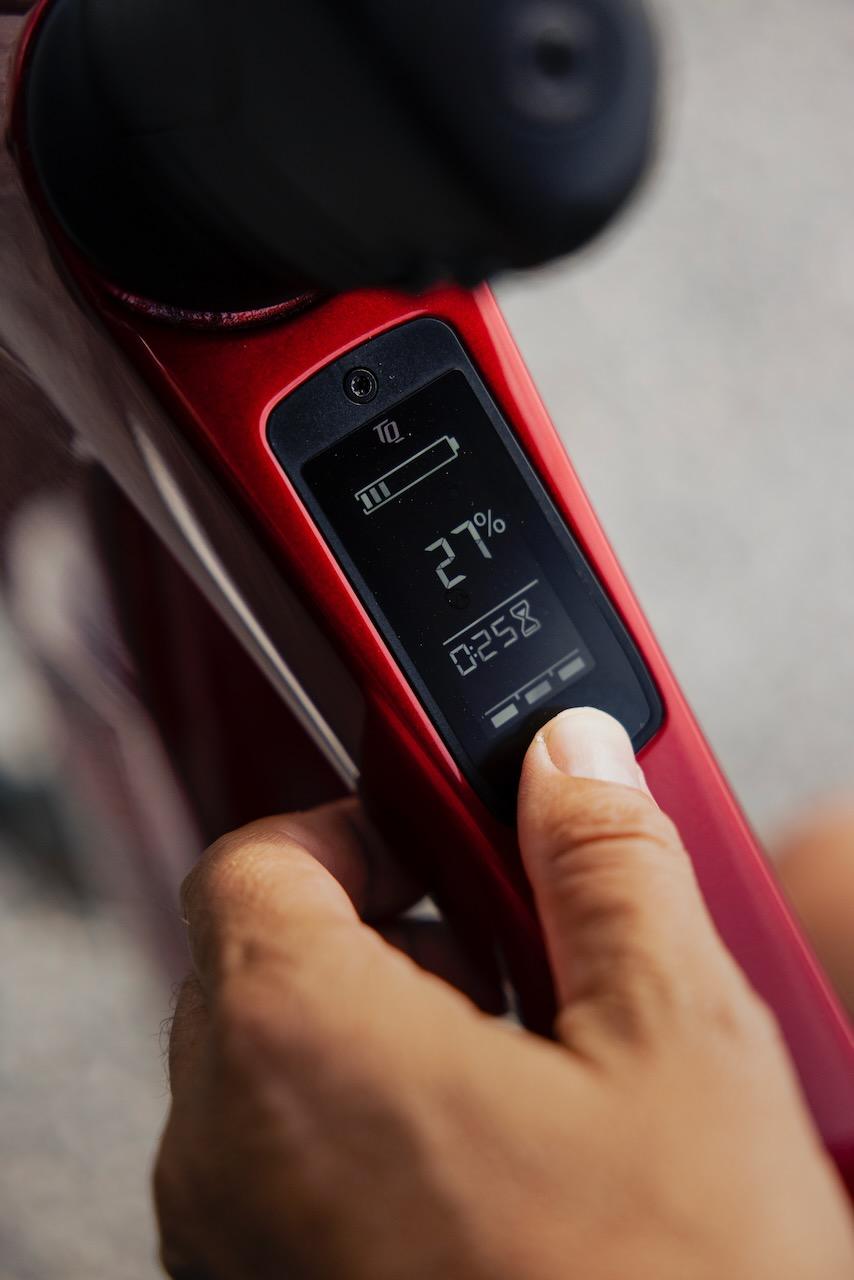 “It is the perfect system to be able to deliver an awesome ride experience,” says Trek’s director of road bikes Jordan Roessingh. “It's compact, it's lightweight, but it's a lot of other things too. It's super-quiet so you don't even hear it when you're riding. It allows us to use a really narrow road Q-factor so the bike rides and feels [like] a non-electric bike. This system is the foundation of an amazing road bike that we've never been able to deliver before.” 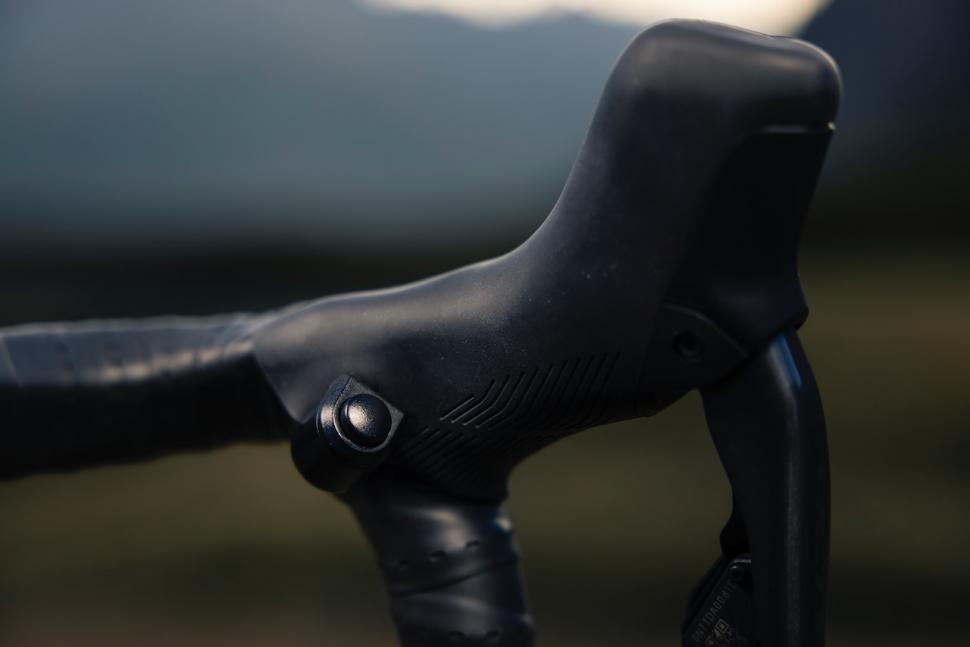 Trek says that the 360-watt/hour battery will take you around 60 miles in Eco mode – there are three assist modes that you can change between via buttons mounted to the shifters – although it’ll depend on rider weight and the terrain, and around 90 miles with the optional 160-watt/hour range extender (which adds around 900g). 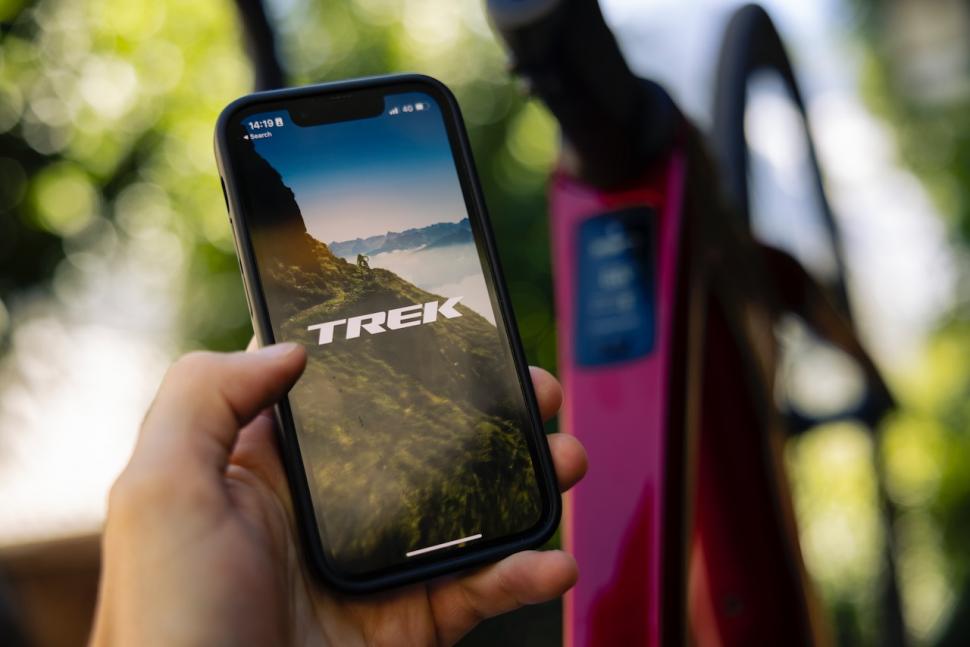 “The app allows you to tailor the mode settings or the assist levels in each of the three levels,” says Jordan Roessingh. “Say you want to do 70 miles and you don't have a range extender. You can tune down Eco mode to assist you a little bit less but give you the ability to get all the way through your ride.”

You could tune the settings to other preferences. You might want maximum assistance on really steep hills, for example. The system gives you the ability to choose and you can revert to factory settings easily.

Who is the Domane+ SLR for?

Rather than targeting new riders with the Domane+ SLR, Trek believes it will be selling to existing cyclists who are looking for extra assistance.

“Whether you need help to be able to ride on a group ride, with your social circle or with your partner, and you want to ride at the same exertion level as the rest of the group, [this bike can] provide the right amount of assistance to be able to do that,” says Jordan Roessingh. 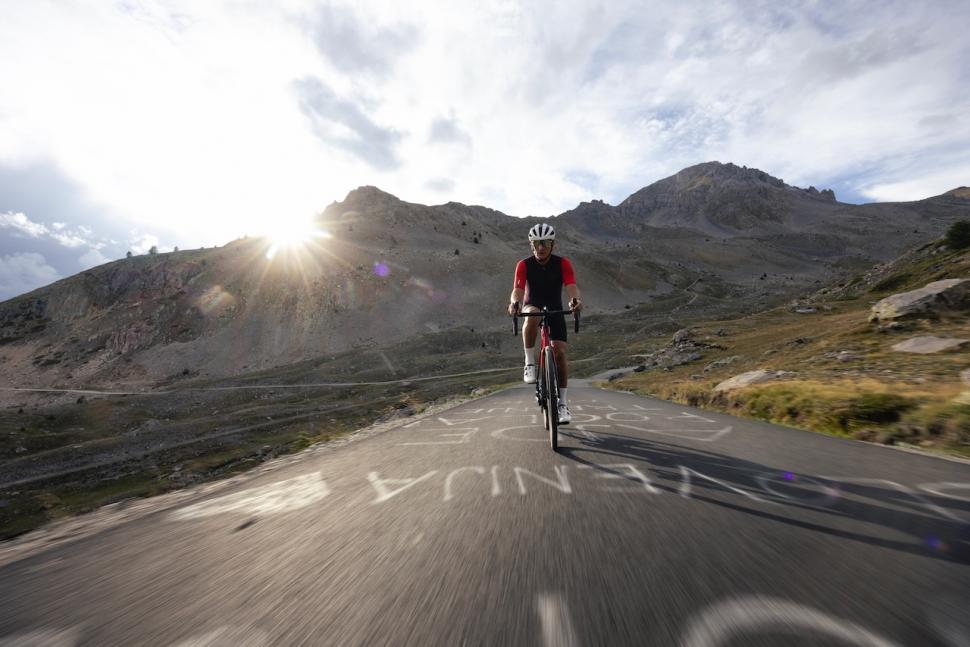 “The assistance allows you to spread your wings and do a bigger ride than you’d be able to without it, and the fact that it's lightweight and a drop bar configuration means it's super efficient and really fast, so if you're just trying to go as fast as possible to work, this is a great package.”

Trek believes that the fact that the Domane+ SLR looks like a non-electric bike is important too.

“I think that one of the awesome things about this package as a whole is that it’s visually super-discreet,” says Jordan Roessingh. “It’s a compact system and it’s really quiet. 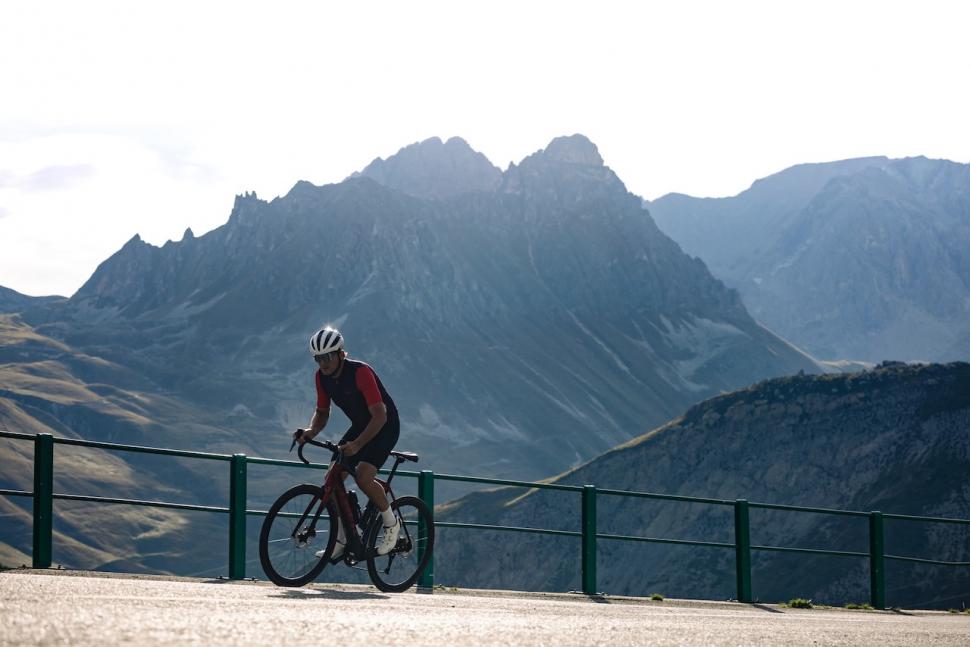 “It also feels like a road bike. The combination of the light weight and the low Q factor means it rides like a standard road bike. For people who are used to that high standard of performance, it rides the same way. It's just adding a little boost on top of that.

“A core part of the Domane platform is the versatility behind it. The e-bike has 40mm of tyre clearance so it can do anything from performance road to gravel riding. You can ride it however you want.”

Trek is offering the Domane+ SLR in six different builds. 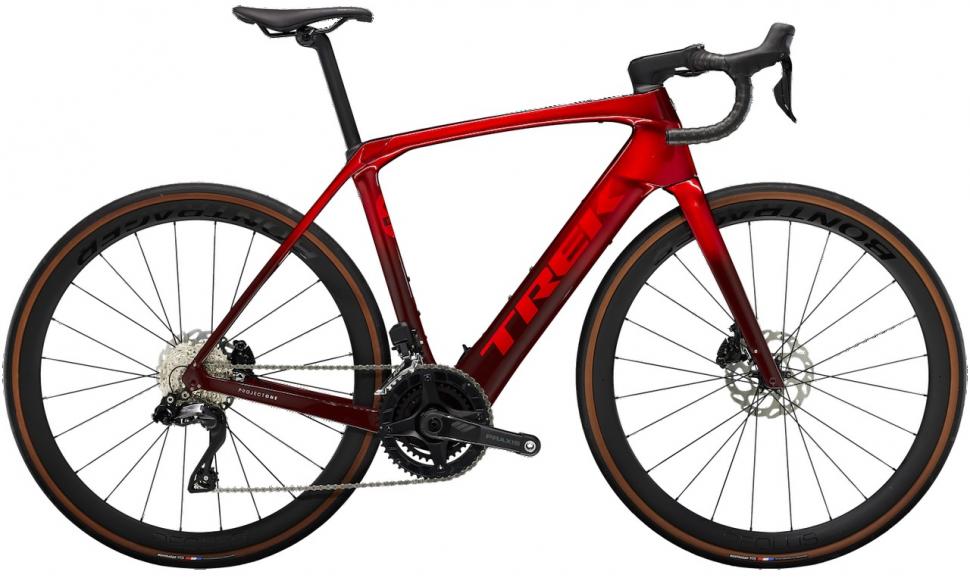 “We're doing two different spec concepts,” says Jordan Roessingh. “If you want that performance road experience, all the Shimano-equipped bikes have 2x drivetrains [meaning they have two chainrings] with compact chainsets and a front derailleur, and they use 32mm tubeless tyres that will really help you there.” 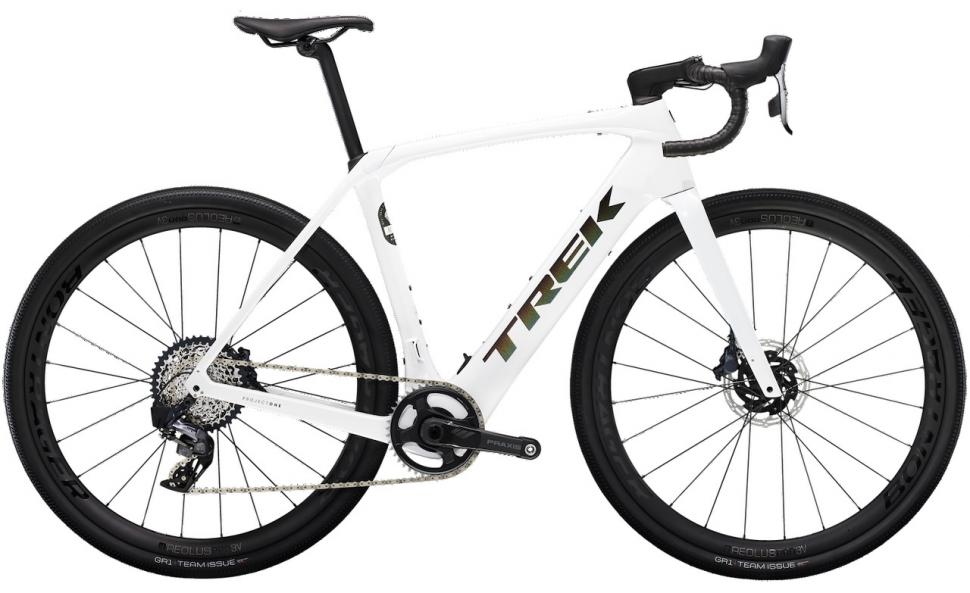 “On the SRAM side of things, we’re speccing the bikes with 1x SRAM XPLR drivetrains that still have a huge gear range. These bikes come with Bontrager GR1 40mm gravel tyres. If you want some more versatility and the ability to do some exploring on gravel roads then the SRAM option is your perfect solution.”

As well as tubeless tyres, all Domane+ SLR bikes come with tubeless-ready wheels, valves and sealant.

Trek is also launching the new Domane+ AL – the Al short for aluminium, of course.

“Domane+ AL is the highest value e-bike that we've ever made,” says Jordan Roessingh. “It leverages Alpha 100 Series aluminium, and despite the fact that it's an aluminium platform, it's still around 30lb [around 13.6kg] for the complete bikes, which is super lightweight.

“It shares the same E-system as [Trek’s existing] FX+ and DS+ so it’s a hub-drive motor with a 250-watt-hour battery and the same integrated display that we’re using on those other two bikes.

“The range of the Domane+ Al is about 60 miles. The reason that it's similar to the Domane+ SLR is the fact that it’s a lower-speed bike [20mph/32km/h in the US, as opposed to 28mph/45km/h for the Domane+ SLR, although both are limited to 15.5mph/25km/h over here] and it’s a slightly lower powered system.

“There's also an optional range extender system that's another 250 watt-hours, which doubles your range, so you should expect to see over 100 miles of range."

The Domane+ AL is built to the same endurance geometry as the rest of the range and has mounts for racks and mudguards. You get clearance for tyres up to 38mm here.

“Whether you just want to ride that little bit further and get that extra assist, ride with your buddies and get a little bit of help, or if you’re commuting… all of those same scenarios are at play for the Domane+ Al, it’s just that it’s a much more economical package,” says Jordan Roessingh.
The Trek Domane+ AL 5, built up with a Shimano 105 groupset, is priced at £3,200.