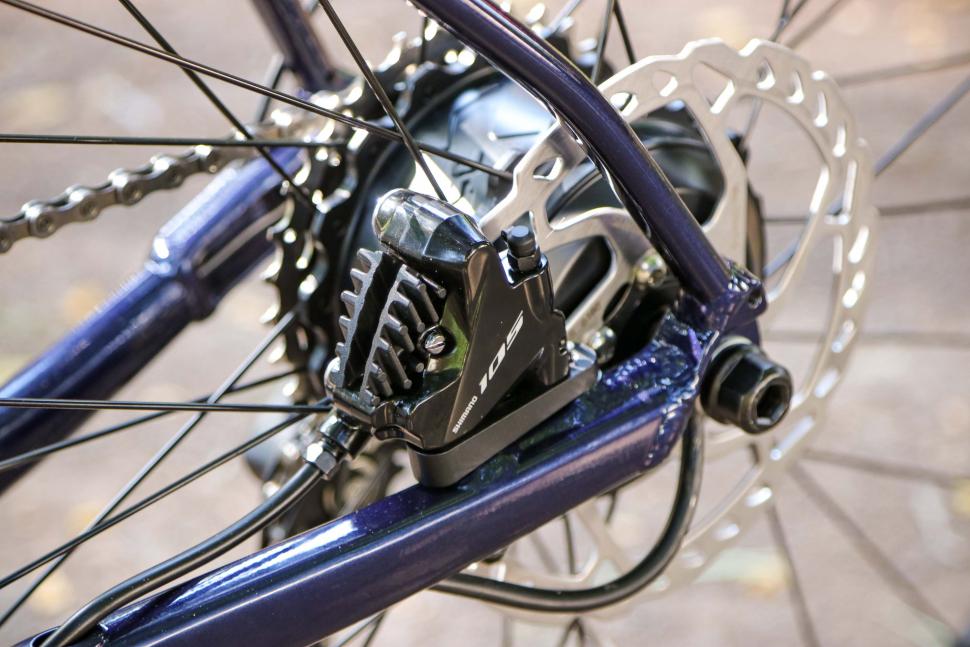 What are your options when you can’t find the bike component you’re looking for?

Bike shops are running short of some parts and accessories; here's what you can do...
by Mat Brett

With disruption to the supply chain caused by Covid-19 and more people wanting to cycle for exercise and transport, bikes and many types of parts and accessories are in short supply at the moment including, for example, some types of Shimano disc brake pads.

off.road.cc’s Matt Page told us that he has had stock alerts set up for Shimano L04C, L03A and K03S pads for months and he’s still waiting, and that got us thinking about your options if you’re struggling to get a particular part.

Shimano’s official UK distributor is Madison whose website is www.freewheel.co.uk. L04C disc brake pads – metal sintered, alloy backed with cooling fins – are out of stock there. The same goes for L03A, K03S, KO4S, J03A, and a bunch of other Shimano pads.

When will Britain's bike shortage end?

We did a quick check around for KO4S pads, as an example, and found them out of stock at Chain Reaction Cycles, Wiggle, All Terrain Cycles, Merlin, Leisure Lakes, The Bike Factory, Bikester, SJS Cycles… We’re not saying you can’t get hold of them anywhere, but they’re certainly thin on the ground. 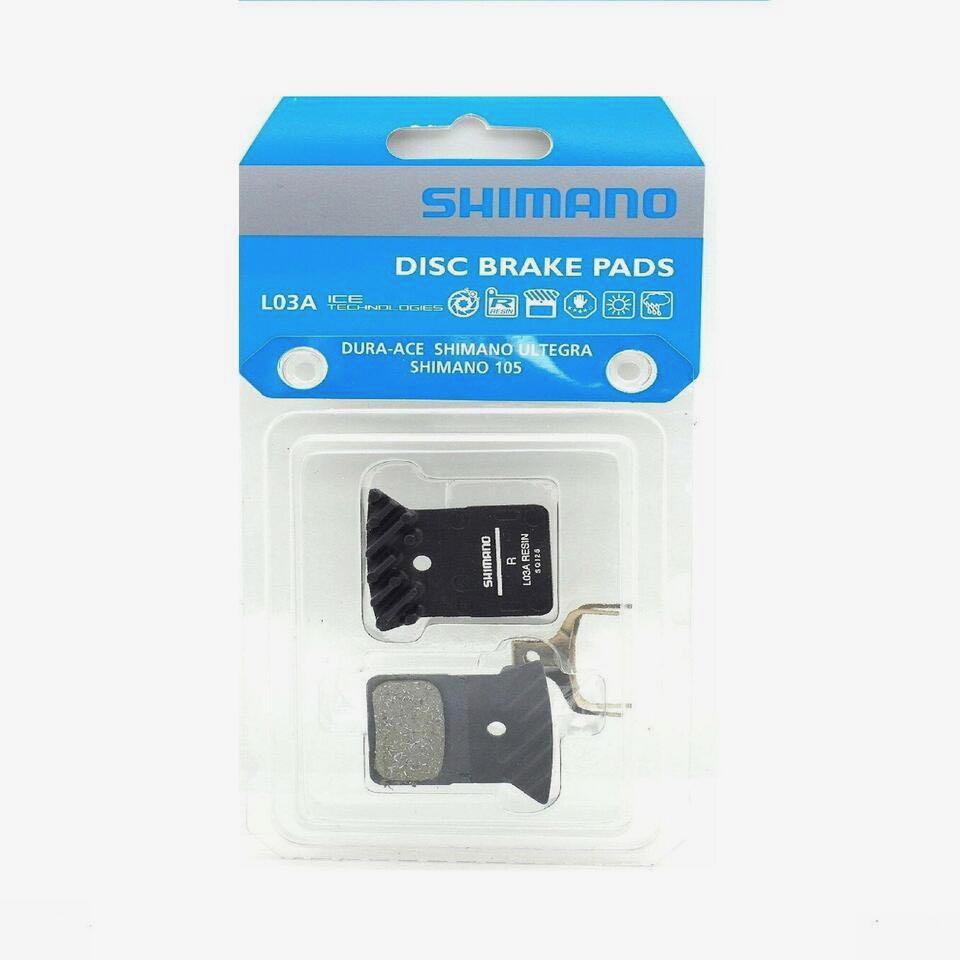 Madison told us, “Global demand has substantially increased following the pandemic. Shimano has increased production capacity across all lines but market demand is still currently very high. We are expecting availability on certain lines to be limited over the next 6-9 months. General availability is currently an industry-wide problem, it is affecting almost every category with extended lead times and in some cases limited production capacity.”

Another distributor that didn’t want to be named told us, “A sudden influx of new riders, along with riders who have adopted new technology over the past few months, have drained certain parts of the spares market, and the bike industry as a whole is struggling to fulfil demand.”

Shimano’s Ben Hillsdon said, “The situation is a result of several factors including a huge upswing in demand for cycling components, coupled with pandemic-related conditions.

“During the last 12 months, our production output exceeded that of previous periods and this year we are on track for a 50% increase in output over our capability in 2019. On top of that, we also announced that a new $179m facility that will open in Singapore at the end of 2022.

“Future demand remains hard to predict. It depends on the Covid-19 situation, but also on initiatives by governments, how that affects raw material production further up the chain and whether this very positive cycling trend will continue into the long term. Overall we believe in the future growth of the bicycle market and we are preparing our factories for it.”

Still, although we don’t want to trigger panic buying, Matt’s difficulty in getting the brake pads he wants might be the shape of things to come in certain sectors. That’s fine when it comes to luxury items – you’ll survive just fine without the anodised tubeless valves you’ve been hankering after – but you can’t do without stuff like brake pads. What can you do if the part you want is out of stock? 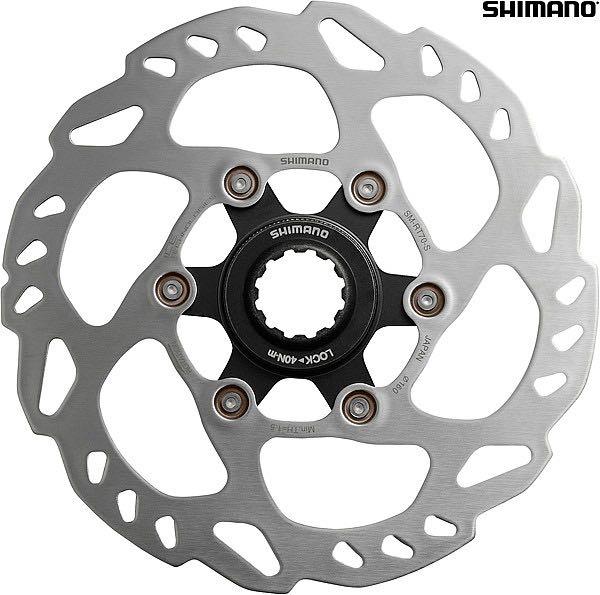 Unfortunately, we can’t supply a magic solution, so a lot of this is going to be common sense. First, you can often substitute in a part from another groupset. If you can’t get the particular Shimano disc brake rotor you’re after, for example, you can use one from another series – either road bike or mountain bike – as long as you make sure you get the right size and attachment type (Centerlock or 6-bolt).

If you’re running a Shimano Dura-Ace R9100 11-speed groupset, you can substitute in an 11-speed Shimano 105 cassette or chain (or other 105 component), for instance. Check compatibility if you’re not sure – you’ll usually find the info you need on the relevant brand’s website – but you don’t necessarily need all of your components to come from the same groupset.

Shimano’s specification and technical documents can come in handy here. Its compatibility charts can be really useful.

You can also change brands, of course. Shimano’s official line is: “To make sure the system continues to perform to its original standard, only Shimano Original Parts should be used when replacing those that are worn out.”

Some of Shimano’s parts are the best out there, and we know that some of you want everything to match, but most people realise that you don’t need to use Shimano’s disc brake pads with Shimano callipers, for example, any more than you need to buy a Specialized inner tube when the one that came fitted in your new Allez Elite finally dies.

Although many of Shimano’s disc brake pads are in short supply at the moment, there are plenty of other brands out there to fill the void.

“I have used British based manufacturers EBC and stock there is fine, although I wouldn’t say that the performance is as good as with Shimano pads,” says Matt.

Again, check compatibility ahead of time because not everything that looks similar will necessarily work. EBC, for instance, lists the brakes with which each pad is compatible. SwissStop has a menu where you just select the type of riding you do, the brand you're looking for compatibility with, and the compound you’re after. Easy.

Shimano and SRAM 11-speed chains are cross-compatible too, for example. The manufacturers will always tell you to match your components for optimal performance, but they would say that, wouldn’t they?

Speaking of the compound – as we were a minute ago – you could also be flexible here. You might have always gone for resin pads in the past, but that doesn’t mean you need to stick with them forever.

Obviously, you can go with other materials elsewhere too. If you can’t get hold of an FSA K-Force Compact Carbon handlebar in the width you’re after, you could go with an aluminium option, even if it's just as a temporary measure.

Sourcing components from Europe has become more complicated as a result of Brexit, but it’s often possible if you’re stuck… just bear in mind that you’ll probably get stung for import duty. Oh, and a few European brands and distributors won’t send to the UK since Brexit, so you have to go through the official UK channel.

Beware of fakes if you’re using new sources. Shimano recently alerted us to the fact that this website isn’t legitimate, for example, and we recently reported on other scam sites.

Trek’s GB website has a page dedicated to helping you avoid fake websites.

It’s not just fake websites that can catch you out. There’s an industry operating mainly out of China selling counterfeit cycling components, clothing and even complete bicycles, and they’re often hard to spot.

Bike suppliers can’t satisfy current demand – they can sell virtually anything they can get their hands on at full retail price without any trouble whatsoever – so the chances of any bike or component being offered legitimately at a significant discount are slim. In other words, if a website is promising great deals at the moment, double-check that everything is as it seems before parting with your money. Look for a phone number and give them a ring, and/or call the relevant UK distributor to check the credentials.

One final piece of advice – and probably the best tip here – is to get down to your local bike shop and see what they suggest. Even if you usually do your own maintenance, the bike shop staff might have some ideas, or even a part hidden away, that'll sort you out.