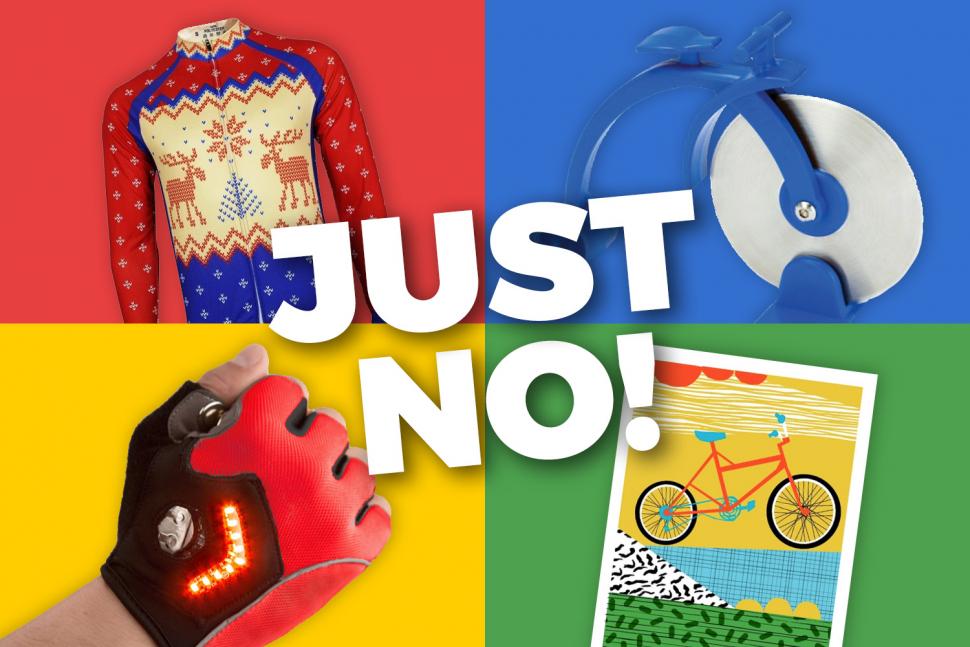 None of these please! 11 gifts not to buy for cyclists this Christmas to avoid a festive faux pas

Not everything needs to have a bicycle on it! Here are some Christmas gifts you might want to consider not buying the cyclist in your life this year, or any year
by VecchioJo

We understand that buying presents for cyclists is a minefield. There’s all those funny words, and anything that you think they might like there’s five pages of choice on any shopping website, so the one you pick is bound to be wrong.

> Christmas gift guide for discerning cyclists: what to buy for awkward cycling fans

Those socks might be the incorrect shade or length, that jersey might not be the one their favourite pro rider wears... it’s a ticking time bomb for a festive faux pas. Despite road.cc being kind enough to offer a selection of Christmas Gift Guides to suit any pocket and cycling discipline, you might be tempted to go off-piste and buy any of the following as a lovely gift for your cycling companion... but please don’t. Please. Gift vouchers will be fine. 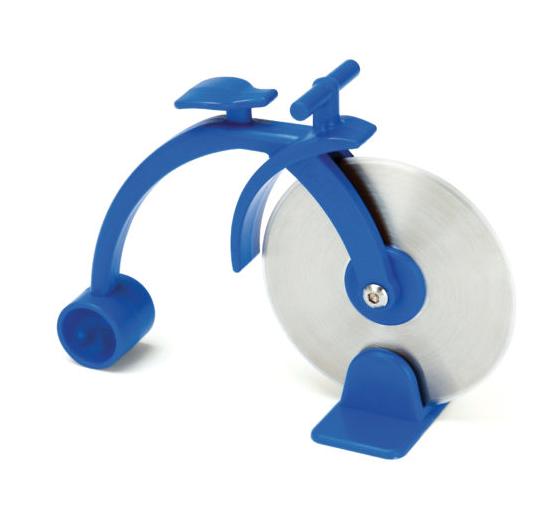 There are a few seasonal signifiers that Christmas is on its way: birds queue on telegraph wires to gather for their migration, the clocks change so the afternoons become night, you buy a bottle of Baileys... and finally, the Park Pizza Cutter emerges from its summer hibernation to pop up everywhere on your timeline.

A stalwart of every Cycling Christmas Gift Guide since sometime last century, highly accurate research suggests that there are only three cyclists in the world who don’t have one of these ordinary bits of stainless steel and blue plastic; although, that’s made up for by the number who have a kitchen drawer full of them as a result of a succession of unimaginative yuletide presents.

It only has a few weeks in the year to seek its annual mate of the Campagnolo bottle opener and procreate, a task that is becoming harder thanks to the increasing scarcity of both the influence of the Italian brand, and corks. Park have a vast catalogue of tools that are actually useful, so feel free to choose any one of them instead, put it in the middle of a pizza, shut the lid and wrap it up. 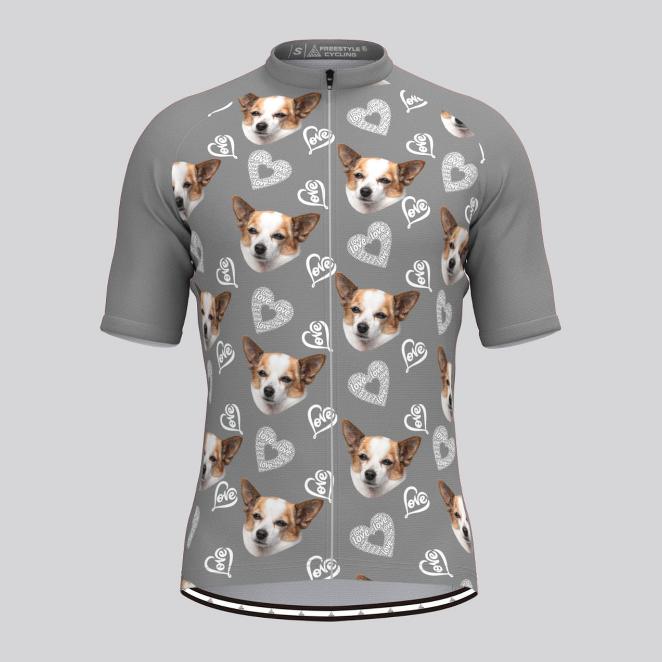 There are too many comedy cycling jerseys out there. Invariably worn by the pedalling version of Colin in the office with the whacky ties, this one takes things to a whole other level of quirky by being decorated with pictures of your very own beloved pet. At least they can accompany you on your suddenly solo rides.

OR... a Christmas cycling jersey 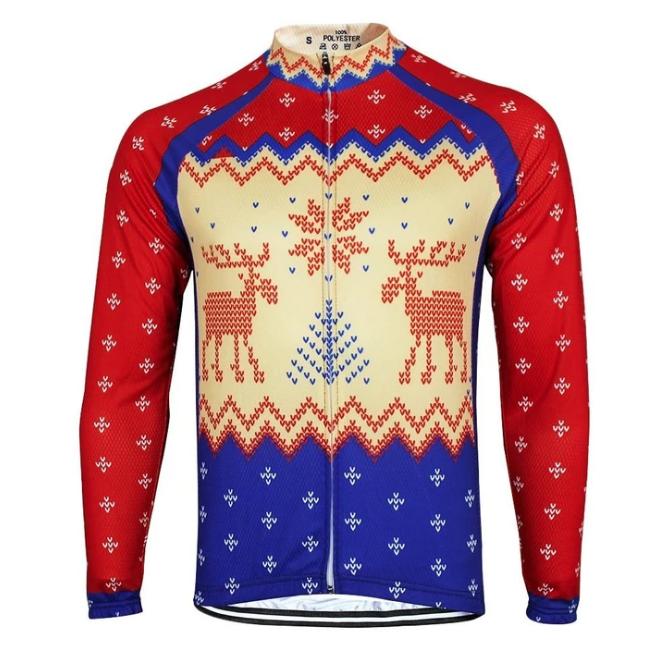 It’s one of those fun jerseys and you can only really wear it for about one week in the year. Such larks. 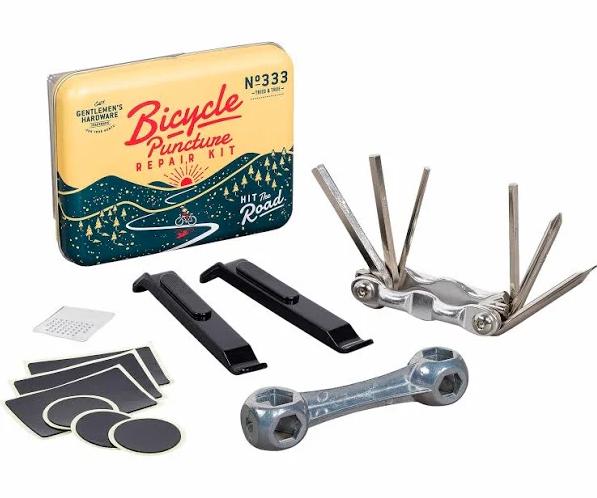 A cheap multi-tool where all the attachments are not quite the right size but exactly the right size to round every bolt on your bike, some tyre levers that will shatter at the merest strain of a snug tyre, self-adhesive patches with the tenacity of autumn leaves and a dumbbell spanner. When was the last time anyone used one of those?

If you’re going to get something made of cheese for your cycling friend, then some well matured Stilton will be better received. Or a truckle of cave-aged cheddar.

Anything with a bicycle on 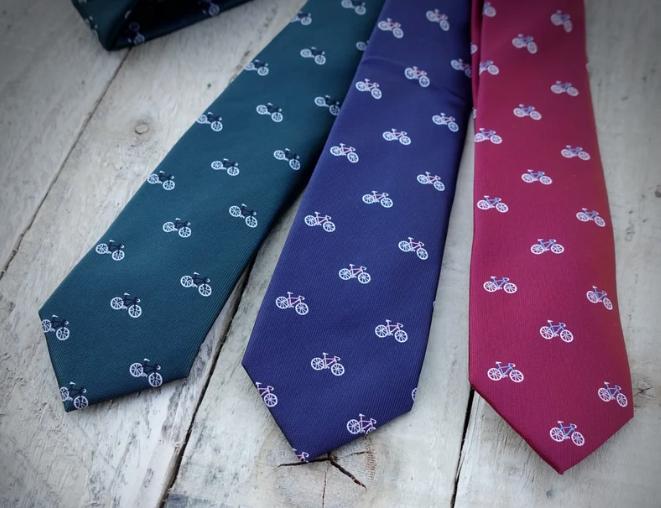 To some people, knowing that you like cycling means that by definition you’ll like everything with a bicycle on.

As a group we are not alone, as the 'same gifting' fate can befall anyone with a cat or dog (pick your breed)... imagine being in the Venn diagram of both and getting the cycling jersey cited above with your pet on, or anyone who may have mentioned years ago and briefly in passing that they liked owls, and gets gifted something strigine each and every year.

If you receive a Thing With A Bicycle On, take slight comfort in the shared pain of thousands of people across the land who are unwrapping something with their Thing on with a similar rictus grin. This should also serve as a empathy warning never to buy someone anything purely because it has Their Thing on. 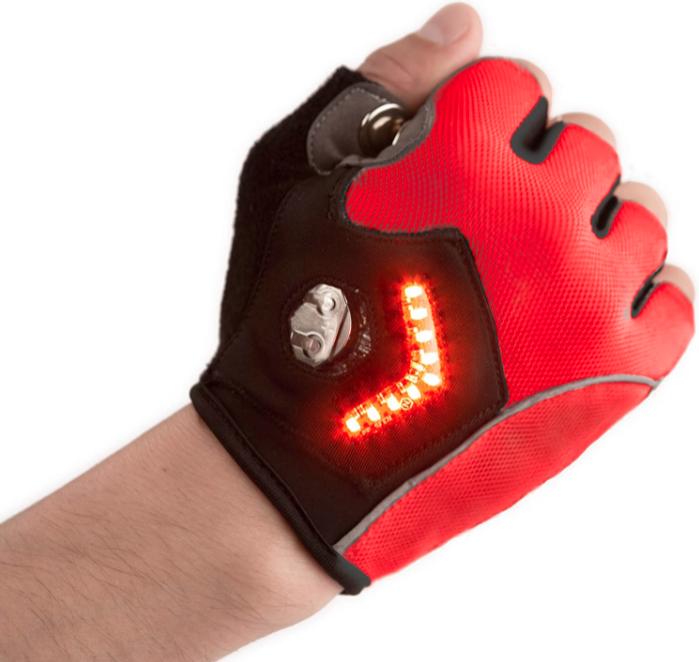 > Cycling indicators on Dragons' Den: How did cycling's least successful product category get the dragons' attention?

Indicator gloves are a classic of this genre, someone comes up with a new design every six months seemingly never having done the basic research that the indicator gloves launched six months ago have disappeared without a trace. And the ones before them. See also indicating helmets and rucksacks and anything non cyclists think might make you ‘safer’ on the way to work. 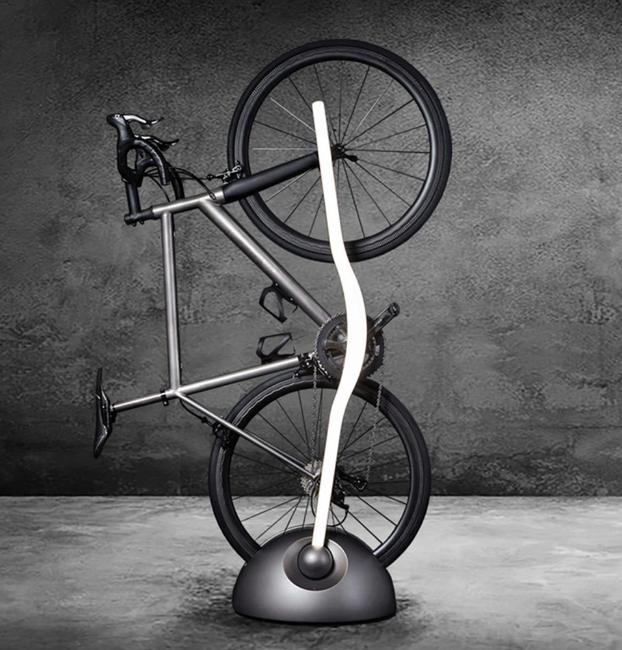 it’s far too easy to waste money on a plasticky piece of useless cycling tat, but if your cycling friend is a real enthusiast you can spend as much as their bike on a stand for it. Or you could hang it on a £5 hook, that would also be fine.

Anything with the chainset on the wrong side 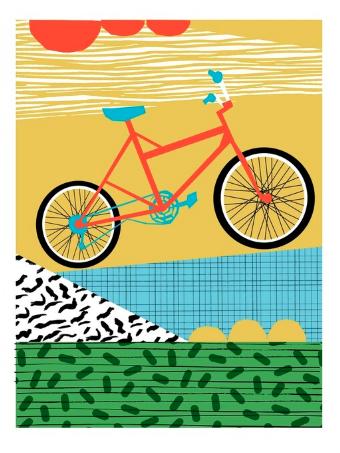 There are a lot of really lovely cycling pictures and prints out there, and many of them would make a very thoughtful present; although I’m going to hold back from venting on the endlessly repeated cycling bon mots made into countless interpretations on prints, t-shirts, mugs, coasters, socks and anything that can be printed on (shut up imagination, but I digress).

If you do opt for buying me some cycling-themed art, please make sure that in any picture the chainset and gears are on the correct side. I’m more than happy to live with a fair amount of artistic interpretation, frame angles be damned, handlebars as wonky as you like, but this is the one thing that has to be represented correctly. Unless it's an artist's impression of Team USA's track bike from the 2016 Olympics... the drivetrain goes on the right! It makes my fingernails itch. This may just be me. Please say it’s not just me...

Anything made from an old bike part 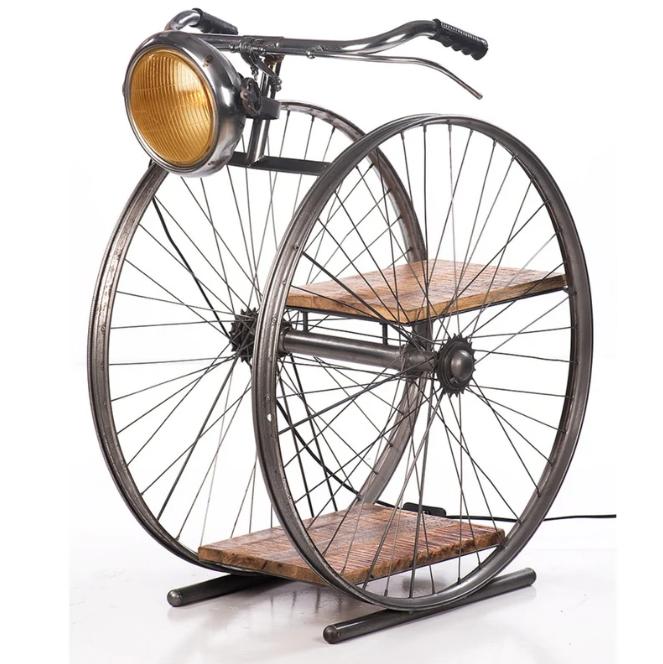 We’re told to reuse and recycle all the time now; and while that is an incredibly laudable goal, there’s a real fine line between upcycling and glittering a turd. Anyone that’s watched any mid-afternoon television will know this.

You can buy gifts made from any combination of old inner tubes, tyres, chains and most other knackered bike bits if you hunt around in the handmade shopping malls of the internet for more than a couple of minutes. This reuse and recycle altruism is a fallacy, as making something out of an old bike bit merely briefly delays its inevitable journey into landfill.

Sidestep purchasing a shelf made from old bike wheels here 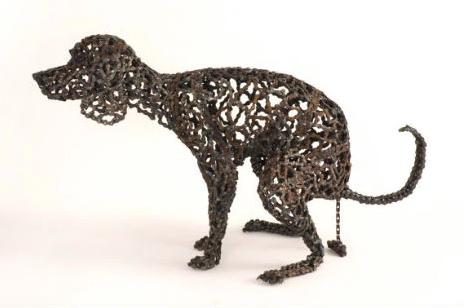 Just no. We’re not even going to go to the liberty of giving you an ironic ‘don’t buy this here’ link on this occasion, find it yourself if you must. 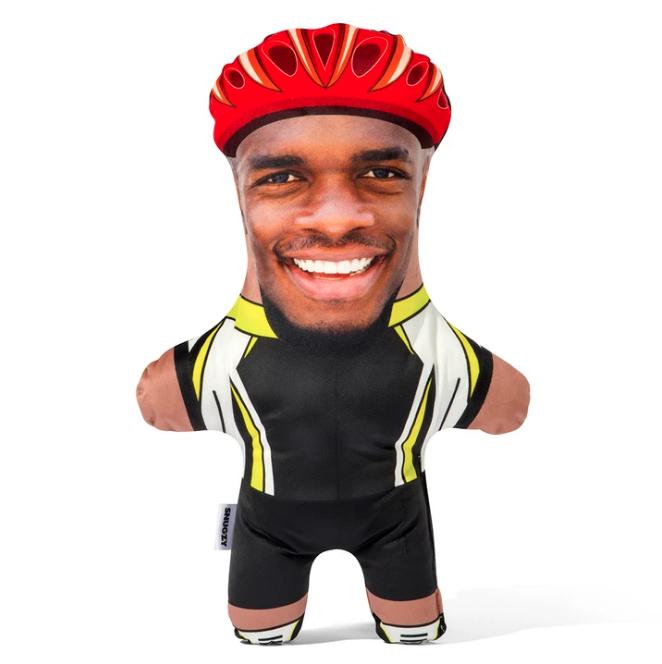 You in cycling kit, but as a small cuddly cushion. Remember when you were small and you couldn’t sleep on the night before Christmas because you were soooo excited, now you dare not close your eyes in case this is under the tree, waiting? Waiting to kill. Sweet dreams everybody.

Want some actual road.cc recommendations on what to buy cyclists for Christmas? Check out our other 2021 Christmas Gift Guides here.