Richard Mitchelson needs little introduction to regular readers of road.cc. A one-time cyclocross contributor to the website, he’s a highly regarded illustrator and his distinctive style has graced the pages of Rouleur magazine (including the “Z’ Cover) and mugs, the popular series of Legends mugs featured the sport’s greats, from Eddy Merckx to Chris Froome.  He’s even done cycling-themed wallpaper.

Now he can add bikes to his portfolio. He has collaborated with British bicycle brand Bowman Cycles to produce the limited edition Foots Cray RMB frameset. Just 10 of the specially commission framesets will be available, signed and numbered by Richard and costing £800.  We caught up with Richard at the recent London Bike Show where the new frameset was on display, to find out about the inspiration behind the design How did the collaboration with Bowman Cycles come about?

I sat in a Brighton cafe with Neil Webb (Bowman founder) and we chatted about this project. By the time, I’d drunk my tea the idea had come into my head. Neil’s enthusiasm for bikes and riding is infectious and the bike he and Bowman create translate that passion from their styling all the way through to how they ride and handle. There’s no way you won’t have a daft grin on your face while you ride a Bowman.

What was the inspiration behind the design?

I love riding and racing cyclocross. It’s my favourite part of cycle sport and has been for some years, the all-out effort mixed with hard racing and daft amount of fun you have make it addictive, and once you’ve pinned a number on your back and almost vomited after the hours racing you can’t wait to do it again. Autumn is the main inspiration behind the design, the moment the leaves turn you know it’s time to get back to racing, and I wanted that feeling every time you chucked a leg over this Foots Cray

I wanted a high gloss finish for the bike. The midnight blue is wonderful – rich and dark. The leaves feel like a big element of cyclo-cross season. The colour followed from the leaves. It just “pops” off it and says autumn to me. How they change from green to yellow and red to brown. We see it down here. Sussex does seasons! You see the change up on the Downs from Summer to Autumn. It’s a beautiful time. 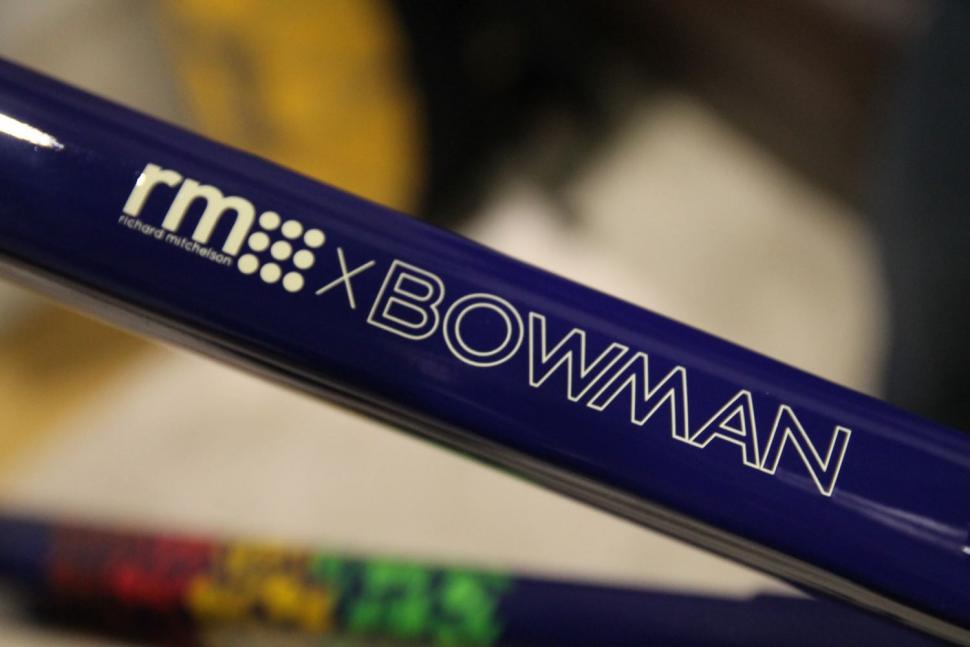 Are you pleased with the outcome? Visualising colours and designs on screen must be hard, so what was your reaction when you first saw the frame?

I'm over the moon with the outcome. You're right, it is tricky to really get a grasp on how the final bike will look. Especially as this is the first time I've done this sort of thing. So to see it, get hold of it properly and look at all the little elements you put into it in 'the real' is a very satisfying experience. The colour combinations have worked even better than I hoped. They really pop off that midnight blue and in different lights, you see things more than others which means there's always something to look at and enjoy.

During the design process, did you get any inspiration from any other bike brands? Are there any designers out there that you really admire?

I'm taking inspiration from things all the time. Not always from bikes. But I do admire the work of frame builders like Tom Donhou, Ricky Feather, Matthew Sowter [Saffron Bikes], Jason Rourke and Field Cycles. They have their own take on bike building and design and I admire what they do and how they've gone about it. Ten Speed Hero, Ringtail, and Manual for Speed are doing everything right, they're taking the idea of cycling's norm and turning it on its head. That’s a good thing. 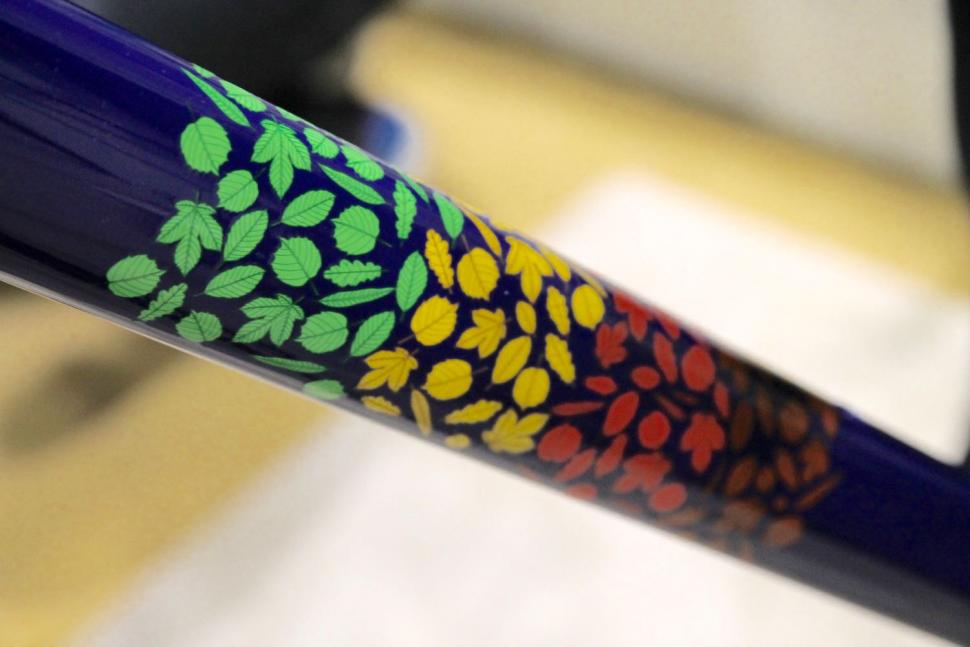 I'm often out running and riding on the South Downs so colours and shapes appear as the seasons change, and in comic art, I have a few people that I really love for their storytelling, folk like Seth and Chris Ware. But the odd thing is sometimes influences can come from anywhere and I love it when that happens. I don't get too bogged down in trends and what the cool folk are up to in illustration cause then it feels like you're just doing what everyone else is.

I want stuff to be fresh, and exciting, and sometimes it works, sometimes it doesn't. But as long as you're busy creating all the time eventually something will resonate with someone, and that's a good feeling.

Would you be tempted to do any other frame designs? You must have other ideas?

I would love to do some more, whether it's for Bowman, or for someone else. I like creating stuff that people use, whether that's mugs, tea towels, T-shirts, cycling kit or anything I guess. It's a good feeling to know that someone uses that thing every day and it becomes a part of what they do rather than just sitting on a wall. 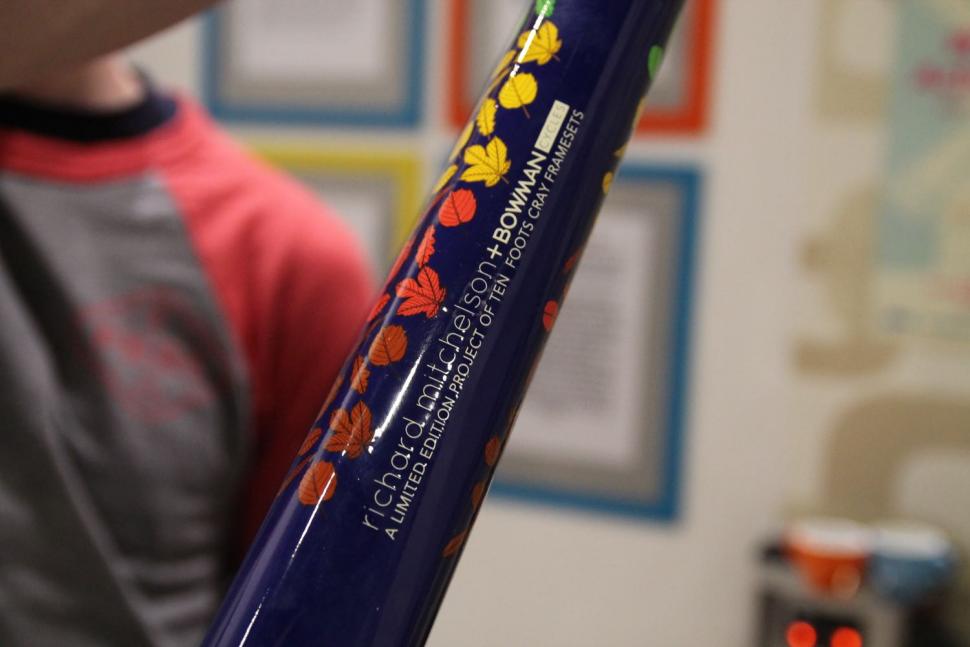 So to create one-off’s or limited edition bikes that you know people really cherish would be very special. Ideas like this come to me quite a bit, but I would love to re-spray one of my own bikes next and work on something in neon pink. It's a colour that [oddly] is very close to my heart as it's the colour of my Dad's bike which he's had since the late 80's. It's a Nigel Dean. That colour (and that bike) always remind of good times riding with him, which we still do.

What's next for you?

It's been a good start to the year so far, and fingers crossed it will hopefully carry on that way (touches wood, knocks on own head). I'm now working in my own little shed at the bottom of the garden, it’s great to have my own space. The client list I have at the moment is great, and working with some of the big names in cycling is very exciting. 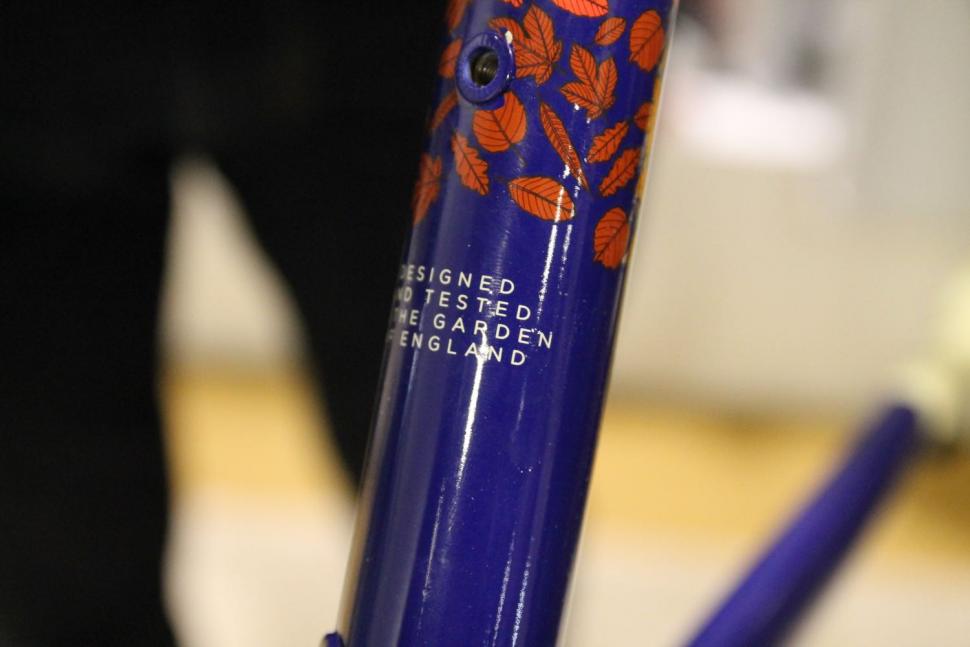 But with a very young family, I don't get time to dwell on it too much, there are nappies to change and brightly coloured television programmes to watch, and that's how I like it. I don't often stop working, and I think as long as you're busy either working on your own stuff or client work you can keep evolving what you do and make it better.

You can read more about the Bowman Cycles Foots Cray RMB here.