Trek-Segafredo’s Jasper Stuyven attacked with 2km to go and successfully managed to hold off the reduced bunch sprint in the closing metres of last weekend's Milan-San Remo classic. The Belgian rider crossed the finish line ahead of sprinting powerhouses Caleb Ewan (Lotto-Soudal) and Wout van Aert (Jumbo-Visma) to take a classy win. 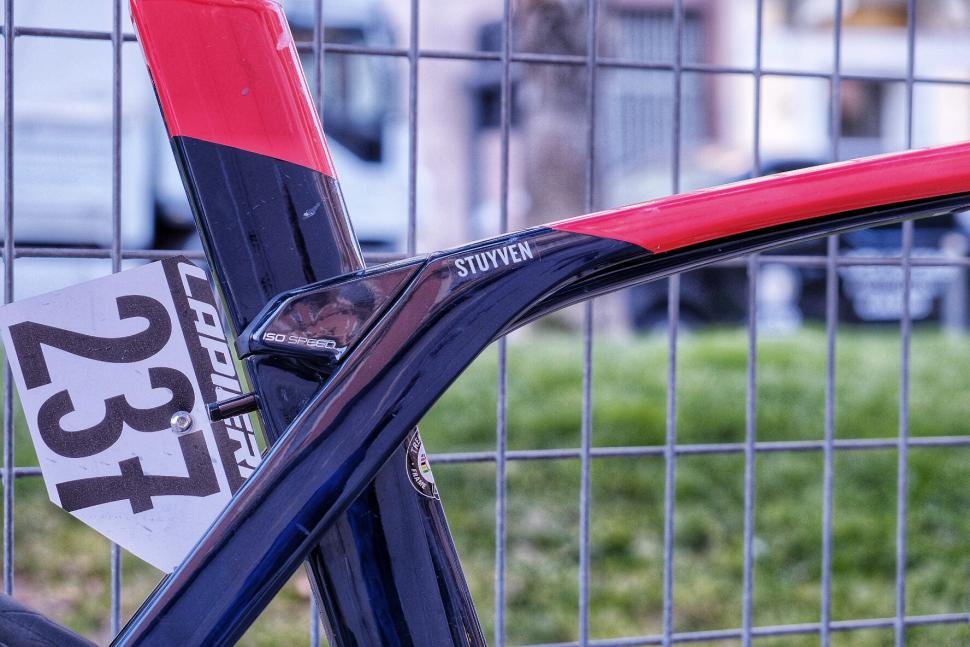 It was fast, it was daring, it was beautiful to watch, and so is the Trek Madone that Stuyven pedalled to victory.

The all-new 800 Series OCLV Carbon frame is Trek’s lightest layup. The material was introduced to the Madone last July after first featuring on the Emonda SLR. 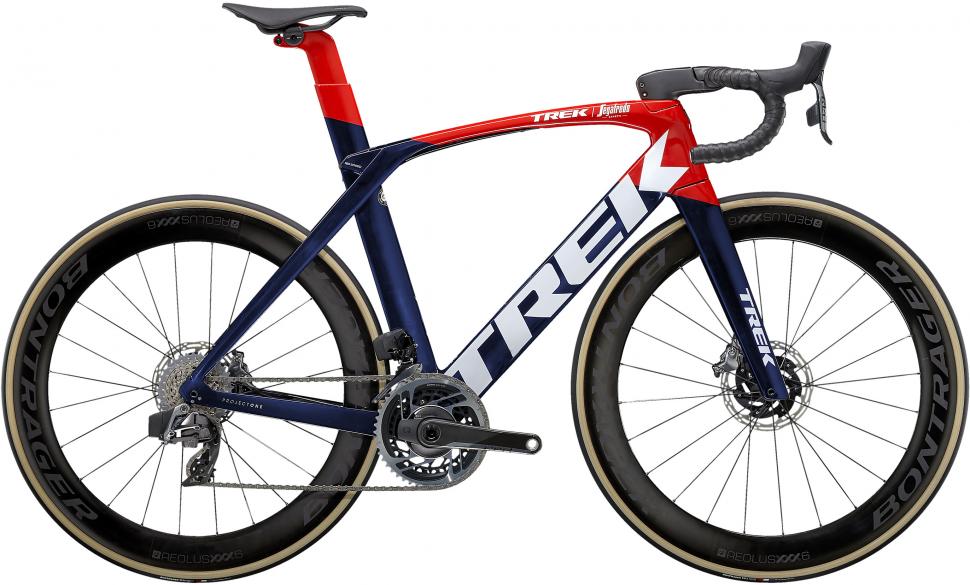 It contains fibres that are 30% stronger than previous carbon fibres the brand has used and is said to retain the same level of stiffness. The new carbon layup also comes with a claimed 80g weight saving.

The new Top Tube IsoSpeed “is damped to rebound in a smooth and controlled motion providing maximum rider compliance”, according to Trek. It is also adjustable so can be customised to each rider’s preference and for different terrain.

Madone uses a T47 threaded bottom bracket standard that Trek says offers “the ultimate in serviceability”. It’s not just a good bike for the pros.

The bike is equipped with SRAM’s Red eTap AXS 12 speed hydraulic disc groupset (and a built-in power meter) while Bontrager supplies the rest of the finishing kit. Interestingly, Trek-Segafredo is only one of two teams running SRAM in the men’s WorldTour peloton, with Movistar being the other.

Check out the bikes the other WorldTour men’s teams are riding here and you can find the women’s here.