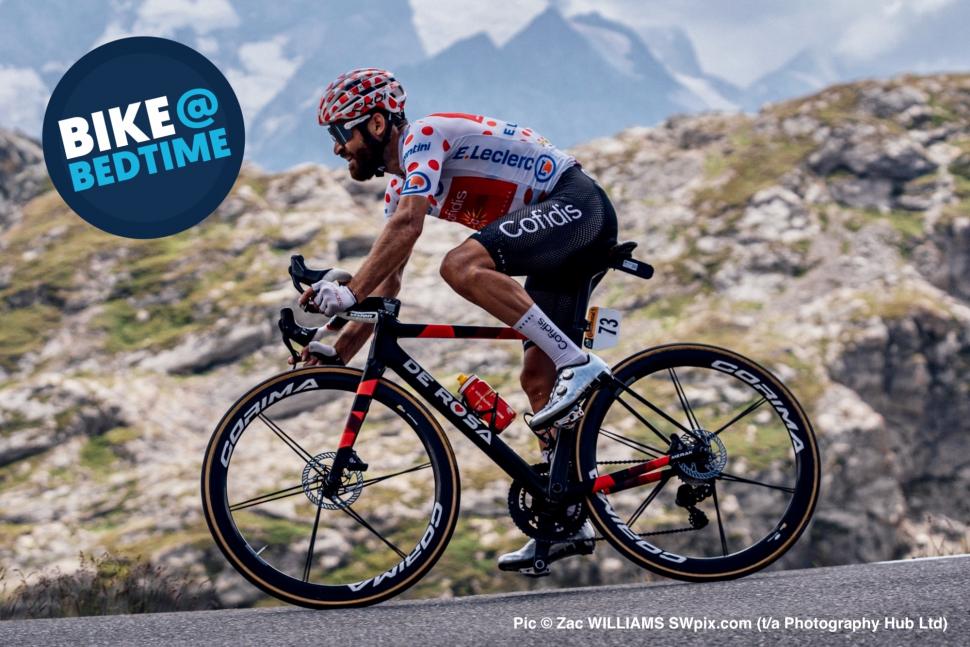 While Jonas Vingegaard and Tadej Pogacar are duking it out for the overall 2022 Tour de France win, Simon Geschke of Team Cofidis is currently leading the King of the Mountains competition, and this is the De Rosa Merak that he’s riding.

Germany’s Simon Geschke is riding the Tour de France for a tenth time this year, and although his highest finish this time around has been an eighth place, he has been wearing the polka dot jersey for over a week.

De Rosa is, of course, an Italian brand with a headquarters in Milan, and found fame in the 1960s and 1970s when it provided bikes for the likes of the Faema and Molteni teams. It didn’t hurt that a certain Belgian rider called Eddy Merckx was in the saddle for many years.

While the De Rosa SK is designed with aerodynamics in mind, the Merak is the lightweight option in the lineup. The frame is made from 65% T800 carbon, 25% M46JB carbon, 5% ultra-high-strength woven carbon, and 5% high-impact 3K woven carbon. De Rosa claims weights of 800g for the frame (54cm model) and 370g for the fork. 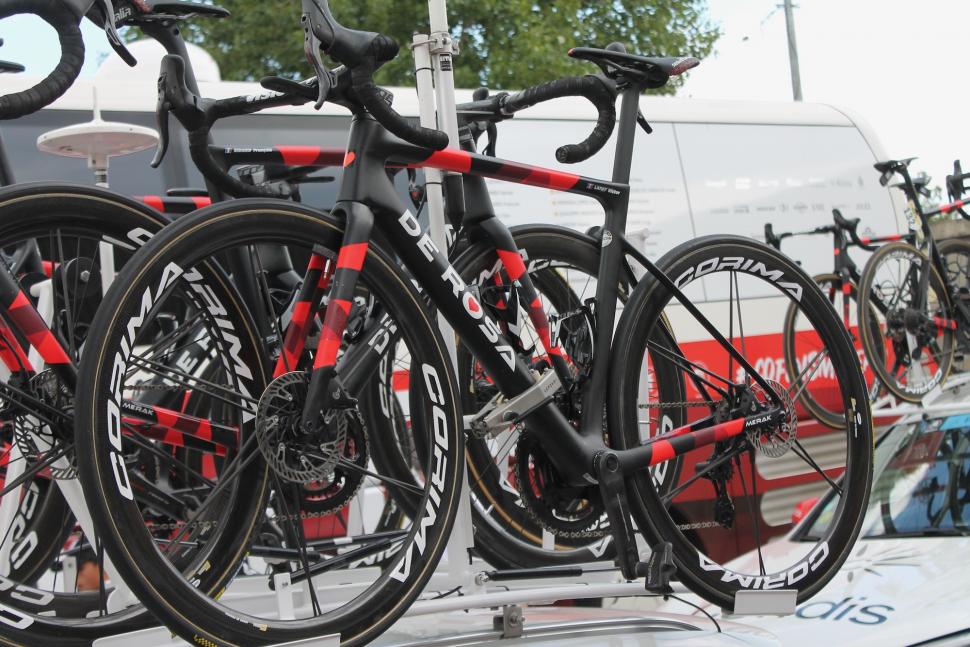 This pic shows Victor Lafay's De Rosa Merak, shot at the Dauphine a few weeks ago

The top tube is horizontal and, like most in the pro peloton, the seatstays are dropped (they join the seat tube much lower than the top tube junction), the idea being to allow a little more flex to smooth the ride.

The head tube takes 1-1/2in headset bearings at both the top and the bottom. That larger than normal upper bearing is to allow the use of Vision/FSA’s ACR (Aero Cable Routing) system where all wires and hoses are routed internally. The cables run through the Vision Metron combined handlebar and stem, then through the headset and into the frame. This allows the use of a round profile (rather than D-shaped) fork steerer that’s free of drilling to preserve strength and stiffness.

The Merak is a disc brake-only platform – there’s no rim brake option – with 12mm thru-axles front and rear to keep the wheels securely in position.

The proprietary seatpost is held in place by a wedge-style clamp that sits in the top tube/seat tube junction. 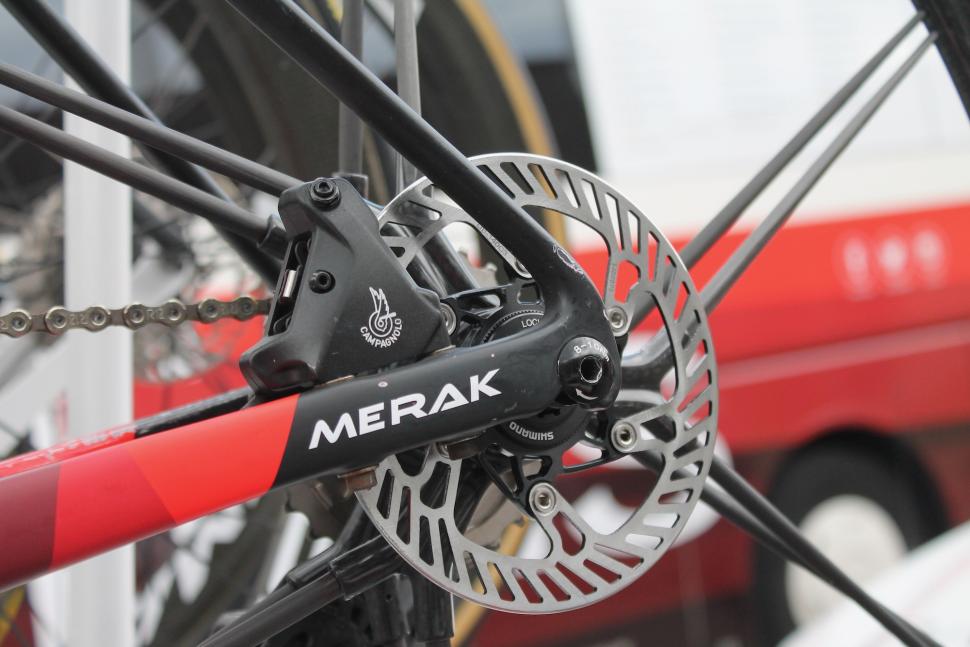 Team Cofidis uses Campagnolo’s Super Record EPS 12-speed groupset with electronic shifting. This groupset was last updated in 2019 so it’s about due for a revamp. Super Record is still fully wired whereas SRAM has offered wireless shifting for years and Shimano’s top levels are semi-wireless (the shifters communicate wirelessly while the battery and derailleurs are all wired together), so the Italian brand is lagging behind its key rivals in this respect.

Campagnolo doesn’t currently make a power meter although it has patents that lead us to believe that it has done development work in this area and could be planning to release one, probably next time it updates Super Record. We've also heard a little whisper that confirms this.

Is a Campagnolo power meter on the way?

For now, Cofidis riders use power meters from SRM with strain gauges mounted inside the spider of the chainset.

French brand Corima provides Cofidis with a whole range of wheels. Those on Geschke’s bike are MCC 47s, the 47 referring to the depth of the carbon rim in millimetres.

The 12 carbon spokes front and rear are paired up so there are just six anchor points at each rim.

“This pairing of the spokes leads to a considerable reduction in resistance and influence from crosswinds,” says Corima.

All the gear? Check out the gearing choices of the pros at the Tour de France

Rather than being hollow, the cavity of the rim is filled with what Corima calls an ‘aerospace foam’ that is said to improve stiffness and also reduce vibration and sound. The tyres are from Michelin. It looks like Geschke is running tubulars here.

As well as the jersey and helmet, one little detail that you might miss is that Geschke’s Look pedals have been given the polka dot treatment too, although you might need a magnifying glass to see that.