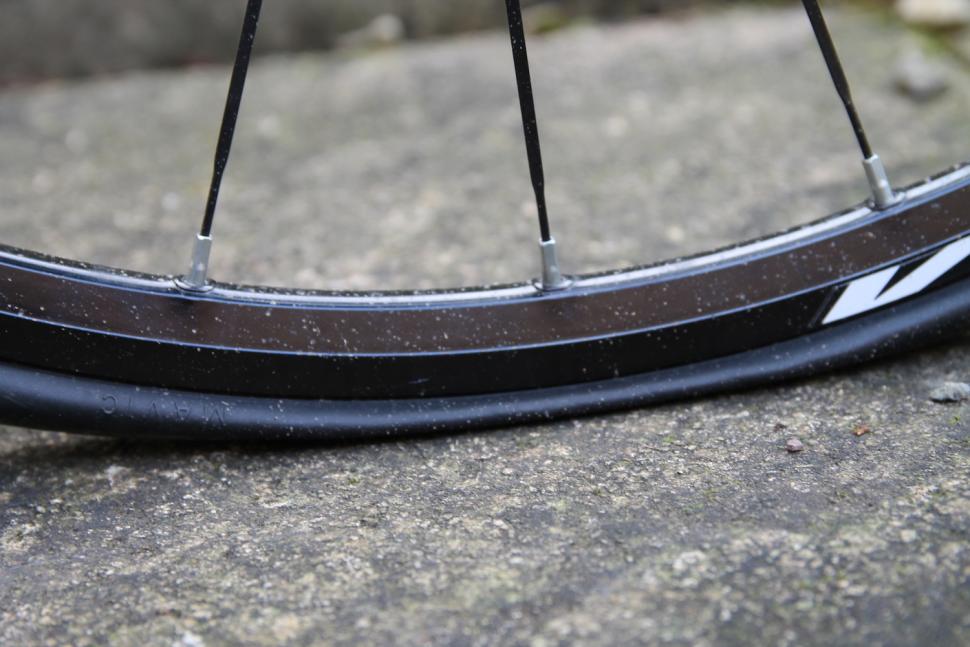 Psssssst! What happens when a rider punctures in the Tour de France? …More than you might think

The Tour de France is littered with little unseen things that might have left you with some questions. Today, we’ll go through the process of having a puncture. It’s a little different from what happens when you puncture while out on a leisurely spin. You certainly won’t see the yellow jersey faffing around with an inner tube and cursing their mini-pump. 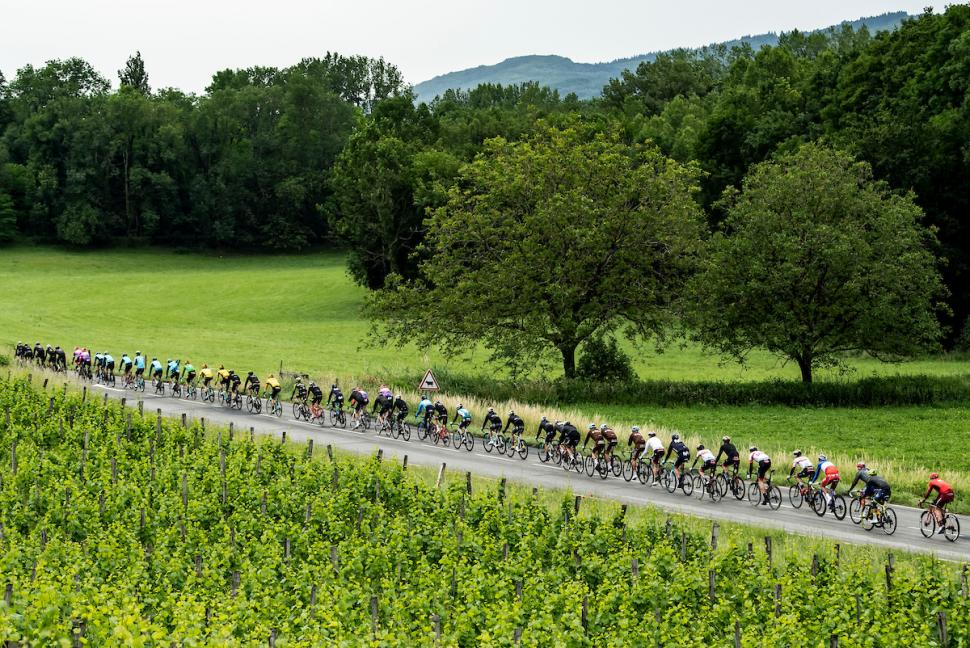 Our story begins near the front of the bunch. To keep this tale a little less frantic, let’s say that there is 170km left of a 210km nothing day across central France. Three brave (their boss said they had to be there) Frenchmen are out front with an easily controllable gap and you’re just bobbing around near the front of the peloton, chatting to a mate.

Mais non! Something on this perfectly smooth Tour de France road has punctured your rear tyre.

Thankfully, there is no stress. The peloton is moving slowly and so you put your hand up, call the puncture through to your team car using your radio and drift back through the bunch. By the time you get to the back, the race director’s car will have called your team car forward so you keep riding on your flat tyre (tubulars are great for this) until the team car is right behind you.

And then a hero comes along, with the strength to carry on. No, it’s not Mariah Carey, it’s the Shimano (was Mavic) neutral service car or your team car carrying a (tired) French, maybe Belgian mechanic and an all-important spare wheel. 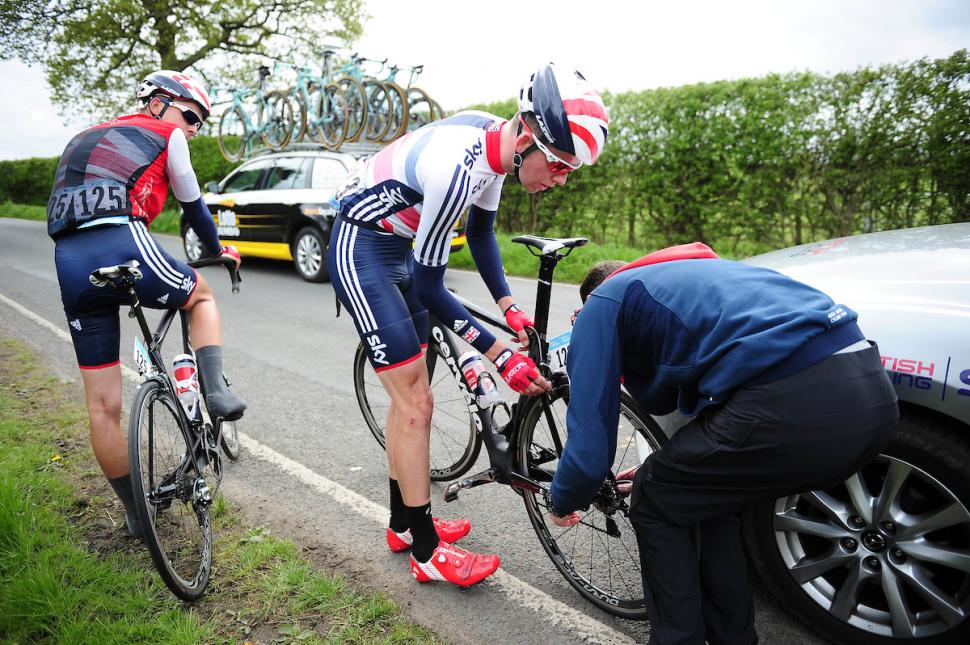 Punctured wheel out, new wheel in, a little shove on your bony behind and you’re rolling again.

So, your team is a forward-thinking bunch and has given you a setup that is tubeless. You’ve been told that it is much faster by the brand rep, there’s no way that you’re going to puncture, and seeing as your mechanic has dealt with the setup, you can’t see a reason not to love them.

Ideally, you won't notice that a thorn has punctured your delicate race tyre. You can ride all day, blissfully ignorant of the fact that tubeless has saved you a trip back to the team car. Finish the stage and a mechanic might notice while they wash the bike and change the tyre.

But ooooolala what’s this? “F*%&!$g tubeless!” you scream - there is sealant all over your lovely white shoes and it’s sprayed onto your legs too. Your tyre is losing pressure and you make a note to have a word regarding false promises with that brand rep.

What happens next depends largely on what is inside your tyre. If it’s a standard tubeless setup with a hole that the sealant can’t plug, you’ll eventually get to a point where you’re rolling on the rim. This is both uncomfortable and rather dangerous as there is very little holding the tyre onto the rim. Seek a new wheel immediately. Start praying if you’re on a descent. 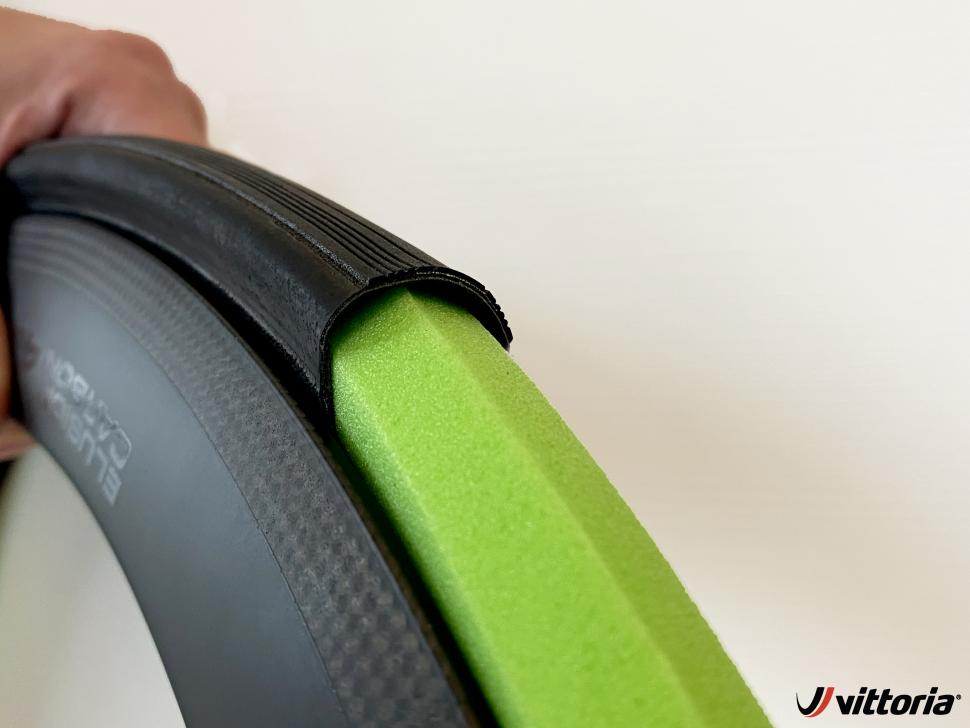 If you’ve got a tubeless insert, such as Vittoria’s AirLiner, inside the tyre then you’ll bob along down the road with what feels like roughly 20psi in your tyre. It isn’t the best feeling, but the tyre won’t come off and you can just about corner without crashing. If your name starts with ‘Mathieu’ and ends with ‘van der Poel’, you could probably still win the stage. But you’ll want to get a new wheel from the team car sooner rather than later.

It was a fast wheel change and as you press on the pedals to get up to speed, you hear no problems. The gears are working perfectly and the brakes, be that rim brakes or disc, are not rubbing. 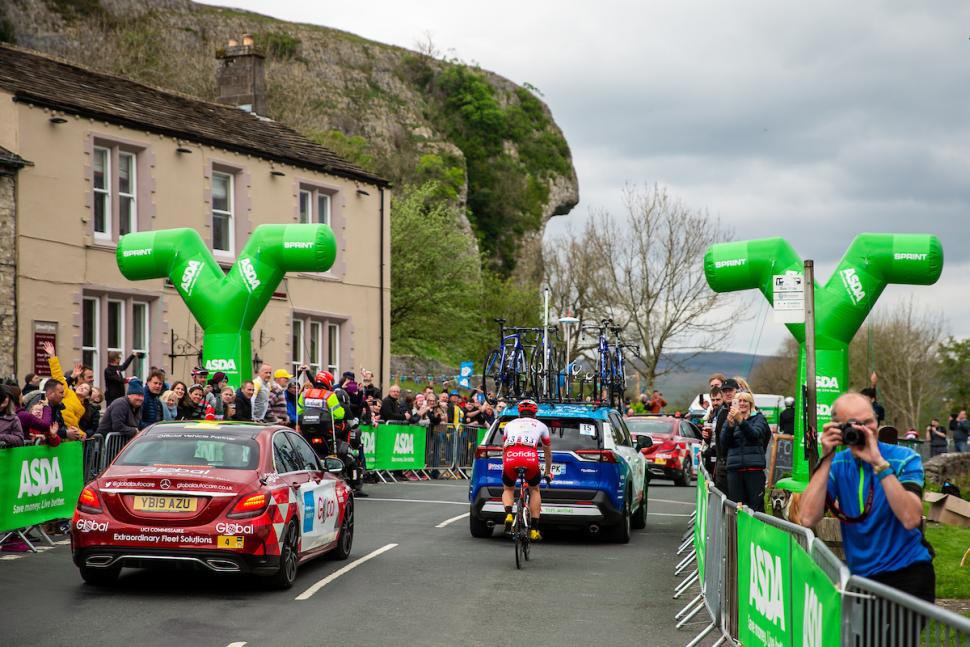 A rival’s team car drifts in front of you and paces you back towards the peloton. The situation is so stress-free that you might even wait for your team car to come up to the peloton to give you a fresh bottle, a few gels and some crucial tactical advice like, “remember to eat and drink.” Yeah, thanks…

You move through the bunch, find your mate and resume your chat about current affairs.

What if it isn’t smooth?

But sometimes it’s just one of those days. As you push on the pedals, something isn’t quite right. Is that disc rotor rubbing? Are your gears jumping? As your team car pulls alongside you, the problem is described with great technical detail, usually along the lines of “my gears are f*cked”.

We’ll pause our story here for just a moment. With more cogs on the rear wheels and the rather tight gap between a disc rotor and the brake pads, a substitute part will often be misaligned.

Some teams appear to be working to address this with Deceuninck Quick-Step reportedly being given wheelsets from sponsor Roval with extra tight hub spacing tolerances in an effort to get their fleet of wheels absolutely identical. Anyway, back to the story. If the gears are not quite right then chances are that the mechanic can fix those while leaning out of the car window at 40km/h. Should the disc rotor be rubbing badly then it’s time to switch bikes. Luckily you’ve got £10,000 worth of spare bike sitting on the roof of the car so you take that and get drafted back to the peloton with some new bottles.

You ride the remainder of the race easily and a sprinter wins the stage.

The fate of your faithful wheel

The story might be over for you, but it isn’t for your wheel. If you got a wheel from your team then it simply travels to the finish with them, before being put in the mechanics' truck to have the tyre changed. If Mavic helped you out with a wheel, then they will hold on to the wheel until the finish, before going around the teams to give wheels back.

For you and I, losing a grand’s worth of wheel would bring on a sickening feeling. While the pro teams don’t pay for a lot of their kit, they’re not blasé about it either. Should you ever find yourself accidentally in possession of a pro team’s wheel, they’d probably like it back and will exchange that £1,000 wheel for a £5 cap and maybe, if you’re lucky, a bottle too! 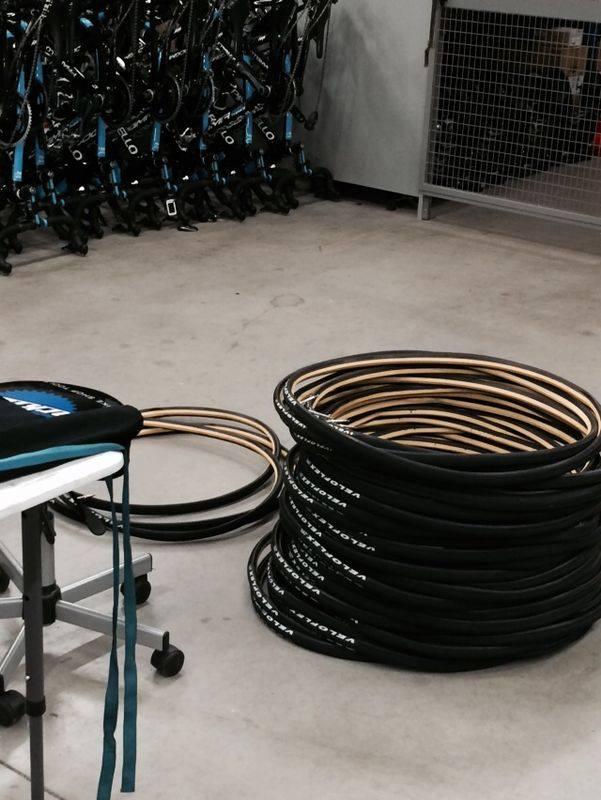 Your wheel has made it safely back to the team, but it’s the end of the road for your poor tyre. Pro teams almost exclusively use tubular tyres for racing and once these are punctured, they are binned.

After prising the tyre away from the rim, the tubular glue that remains on the rim is inspected. If it is in good condition and even, a coat of glue should be all that is needed before a new tubular is installed. Otherwise, the rim bed is stripped back to the carbon before fresh glue layers are applied.

Generally, the work of gluing happens on the rest days, though teams have such a huge stock of wheels ready to go that they’re really just keeping their stock topped up.

The rest day for the riders is a chance to take a break from racing, we fans usually use it as a day to actually get some work done instead of being distracted by yet another chateau and ITV4 get busy breaking out the montages. For a Tour de France mechanic, there isn’t really a rest day. Bikes, team vehicles and clothes all need washing and of course, all of those tyres need replacing.

And so ends the surprisingly long story of what happens when you puncture in the Tour de France. Read this to your children as a bedtime story, they’ll be asleep in seconds!

On a day trip to the Tour of Britain, I happened upon the Jumbo-Visma mechanics' truck. Outside, sitting in a bin liner, were the tyres that didn’t make it.

Annoyingly, the mechanics had cut right through each of them, rendering them useless. I’d have happily taken that bag of tubs and had the punctured inner tubes repaired. It would have been around a grand’s worth of lovely Vittoria tubulars for about £200 (a repair from Brown’s costs £14). As both a user of tubular tyres and a lover of a bargain, I was properly livid.