The Ineos rider crossed the line in style become the first male Brit to earn cyclocross Rainbow bands. Let's take a closer look at his bike
by Liam Cahill

The 2022 Pinarello Crossista is a brand new cyclocross race bike and in Tom Pidcock, this one has an exceptionally gifted pilot. Here are the tech details of a bike that has already claimed multiple elite wins over the winter, and is now the bike of the 2022 elite men's world cyclocross champion. 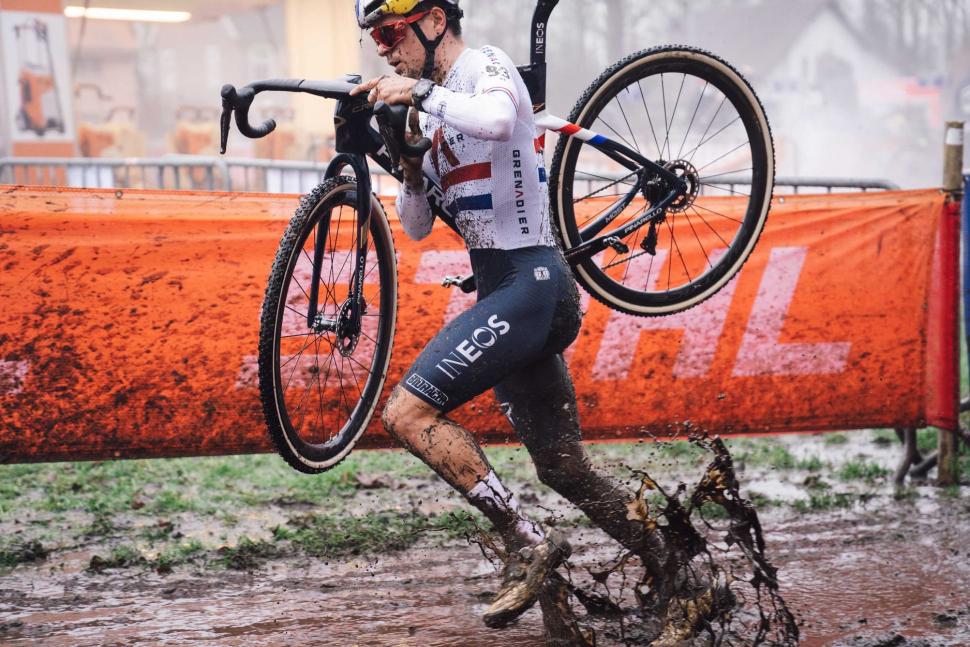 When Tom Pidcock signed for Ineos Grenadiers, cyclocross fans cast a few sideways glances at Pinarello’s cyclocross offering. The Crossista hadn’t been updated for a few years and looked slightly dated compared to what Pidcock’s competitors were using. You can’t really blame Pinarello, the cyclocross bike market has always been relatively small, but the growth of gravel has made it even less significant. Many brands have simply discontinued their CX bikes, or made them into gravel bikes, so for fans of CX, it’s great to see Pinarello develop a dedicated CX race bike for Pidcock.

The carbon frameset is disc-brake only and, as a light sub-60kg rider, Pidcock finds that the 140mm rotor size provides plenty of power front and rear. While we’ve seen that the Ineos Grenadiers have been using the latest 12-speed Shimano Dura-Ace R9200 groupsets at the team’s early-season training camps and look set to start the season on 12-speed, Pidcock has to make do with the 11-speed R9100 Di2 groupset. It must be a struggle…

The reason for this will be a simple one. Cyclocross is incredibly harsh on equipment with the combination of mud and sand having a habit of causing excessive wear. Add in a time-pressured mechanic with a jet wash and you’ve got a recipe for a short component life span.

Pidcock’s setup is pretty standard for a Shimano-sponsored cyclocross rider. A double chainring setup is used in what looks to be a 46/39T combination. This is matched to an 11-30T cassette which, when you’ve got Pidcock’s technical ability and power, is plenty of gearing. 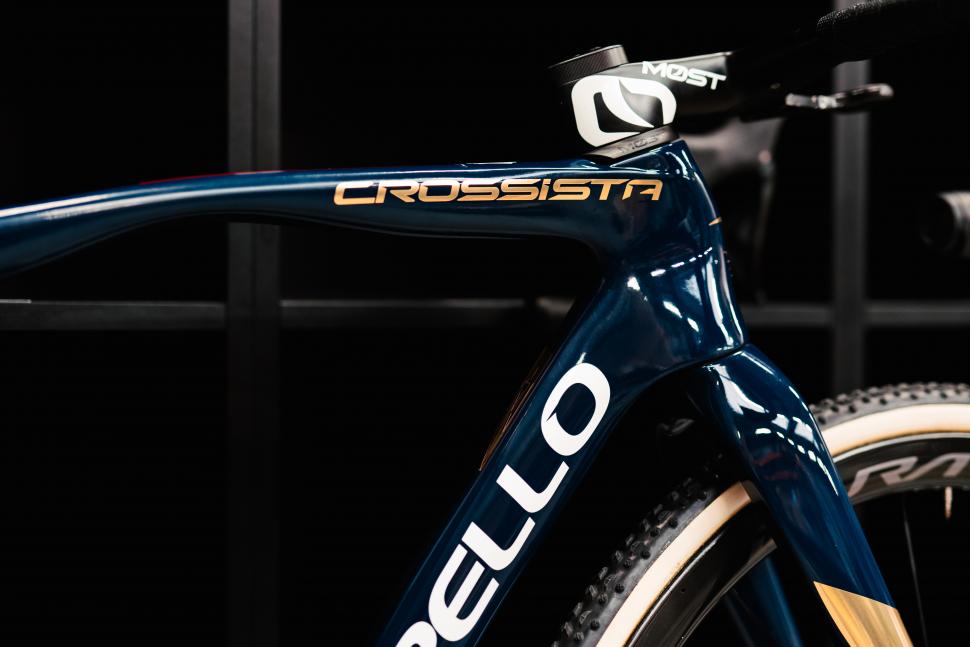 The wheels are Shimano C40 carbon tubular hoops. Cyclocross races feature a great number of accelerations, far more than road racing and the average speeds are generally a fair bit lower. That calls for a shallower rim profile and the C40 is a very popular choice on the pro CX circuit.

6 reasons to try cyclocross this winter — have crazy fun, build skills & maintain fitness in the mud

Tyres are the most important component choice in cyclocross and Pidcock will have numerous pairs of each model in Challenge’s range. The Griffo design pictured is the choice for intermediate conditions and this Seta Extra model uses a silk casing and latex inner tube for the most supple ride possible. 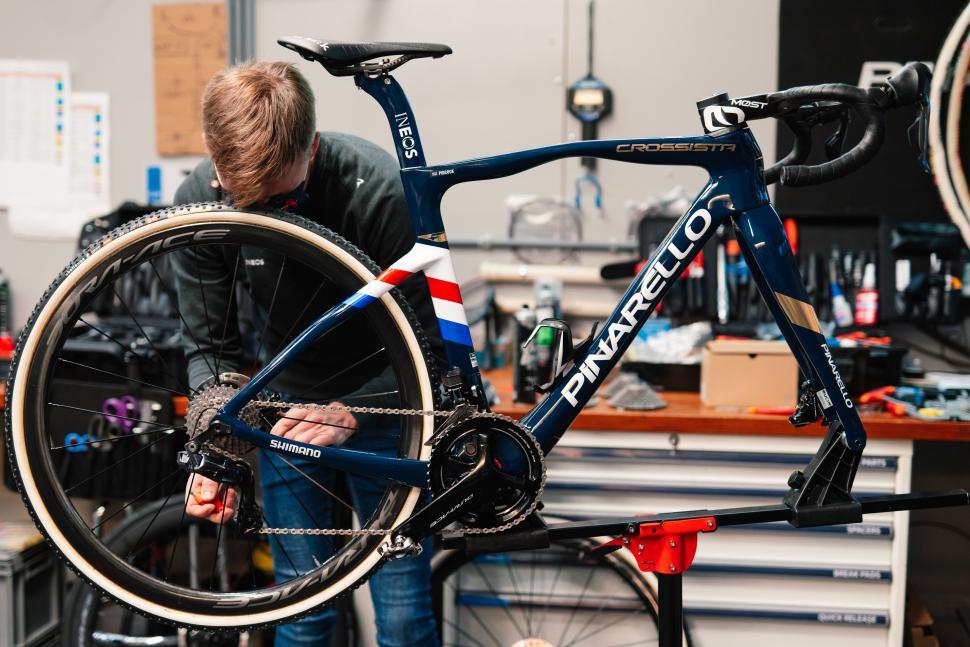 While tubeless has quickly become the choice for many amateurs, pros still prefer the ride feel of tubulars. They ride in a more predictable way when run at super-low pressures without the danger of burping air as with tubeless tyres. It helps to have a team of mechanics to change your tyres when you puncture a tubular, however.

4 ways to get better at cyclocross

Shimano provides the pedals in the form of the XTR model. This is a light mountain bike design that is dual-sided and clears mud very well. At the front end, a Most integrated carbon bar/stem allows all of the cabling to pass internally for a very clean look. While there is an out-front mount installed, Pidcock will likely use a Garmin smartwatch to record his ride data due to the number of bike changes during a race.

With the numerous remounts during a race, seatposts can slip. The little sticker and the line of Tipex are simple ways to see if the post has slipped and then to get it back into the correct position when the bike is in the pits. Perched atop this seat post is a Fizik Arione 00, the lightest carbon model. After the events of this evening, it looks like the bike will be going back to Pinarello for a rainbow paint scheme...