Moped muggers on the prowl in west London?

Yesterday afternoon, shortly before 4pm, I was heading eastbound on Chiswick High Road and stopped in the ASL at the junction with Heathfield Terrace at the eastern end of Turnham Green, just before where the segregated part of Cycleway 9 starts (the picture shows the ASL I was in from the other direction). 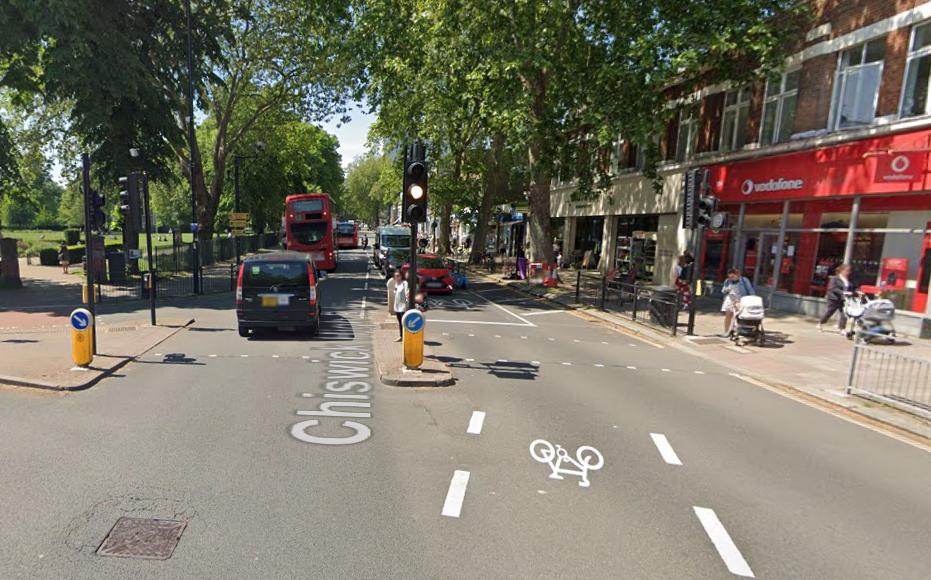 Now, since I planned on heading diagonally across the road to join C9 once the lights changed, I was positioned well to the right of the ASL. Suddenly, a moped rider pulled up alongside me in the small space I’d left to my right.

Pillion passenger – who wasn’t wearing a helmet – gave me and my bike a quick and very obvious up and down look, definitely checking out the bike and perhaps sizing up how much of a struggle I was likely to put up.

Clearly decided that a battered old Raleigh converted to a single speed wasn’t what they were after and, with the lights still on red, they sped off down the High Road towards Hammersmith.

We’ve reported on a few bike-jackings in and around Richmond Park in which muggers on mopeds have stolen or attempted to steal bikes.

I’ve no doubt whatsoever that the pair I encountered at the traffic lights yesterday were looking for a bike to steal.

Nothing happened, obviously (I wonder if the situation may have been different if I were on my other bike), but just a warning to fellow cyclists to be vigilant, whether in west London or beyond.

Smidsy - Witness or Victim - Does the Justice System serve us?