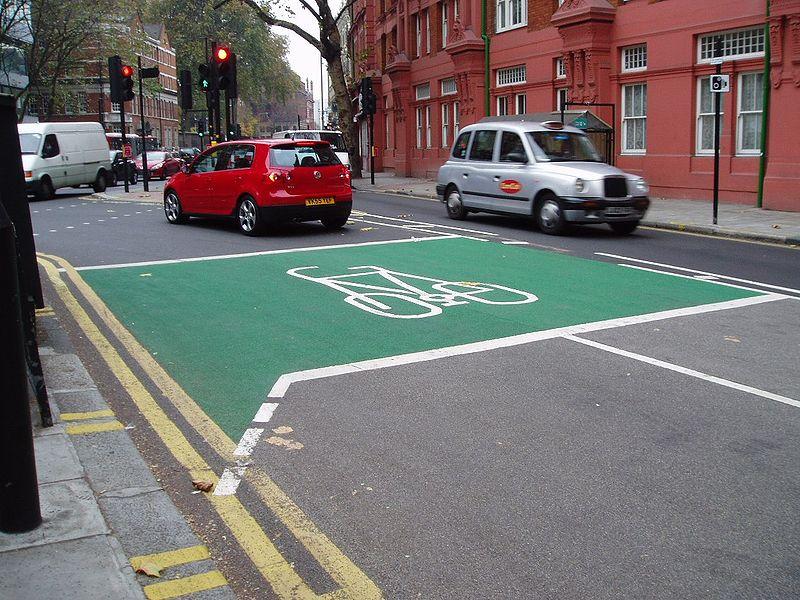 London's cyclists now invited to have their say...
by Kevin Emery

As the capital’s cycle revolution continues to gain pace Mayor Boris Johnson has today released draft details of a safety plan to keep the thousands of Londoners now taking to two wheels safer which can be downloaded from the TFL website. London's cyclists and the London Boroughs are now being asked for their comments.

The major focus of the safety plan is on reducing the number of casualties caused by HGVs as the plan says:

15 cyclists were killed on London's roads in 2008 and 430 seriously injured so far this year  eight cyclists have been killed on London's streets by lorries, six have been women, the safety strategy notes both the disproportionate number of HGVs involved in collisions with cyclists and the disproportionate number of women injured and killed as a result. The strategy's authors are also candid in their assessment that Transport for London's target of achieving a 50 per cent reduction in the number of cycling casualties on London's roads from the 1994-95 level by 2010 will not be met.

While the draft strategy is long on exhortation and encouragement when it comes to the haulage industry and particular the operators of construction lorries the strategy is short on compulsion. They will also point out to that the Mayor recently announced closure of the Commercial Vehicle Education Unit, which directly targeted unsafe HGVs now looks even more bizzare given the thrust of the Mayor's new safety strategy – it certainly doesn't look like joined up local government.

In large part the emphasis on encouragement and coperation when it comes to getting better safety standards for HGVs is because TfL and the Mayor don't have the power to make the key changes identified by the report as as likely to make the biggest difference for cyclist's safety: ending the exemption operators of construction lorries have for the need to fit side bars and other safety equipment (these lorries figures all to frequently in cycling casualty statistics); and mandatory cycle awareness training as part of HGV training. Both of these require Government action,TfL and the Mayor will, says the draft strategy, "encourage" the government to make these changes. The draft safety strategy would like to see cycle safety awareness become a mandatory part of HGV drivers' training for their Certificate of ProfessionalCompetence.

In the meantime the Mayor will encourage more than 300 companies that operate lorries in London to install sidebars and other safety devices on HGVs. TfL will carry on handing out Fresnal mirror lenses to HGV operators – 20,000 have been given out so far, and it will continue with its policy of handing out A3 posters to be fitted to the back of lorries warning cyclists of the dangers of getting too close.

In addition, the Trixi mirror that removes blind spots when fitted to lamposts and traffic lights will be trialled on the new Cycle Super Highways, and the Metropolitan Police's successful “Exchanging Places” events will continue to be rolled out, with cyclists able to sit in lorries and see the driver's point of view.

Mr Johnson said: “Cycling in London is safer now than it was a decade ago. But with so many potential pelotons of new cyclists taking to our roads it is imperative we take action now to ensure safety. I know as well as anyone the dangers of cycling alongside a HGV, and I want to work with the Government, freight companies and anyone else who can help make cycling safe.”

“The plans we are announcing today are the next stage in our ongoing work to help cyclists and HGV drivers navigate London’s busy roads, and each other, safely. Measures such as installing side-guards on construction vehicles could save cyclists lives every year, and seem a small price to pay for a human life.

“We will continue to work with both cyclists and HGV drivers to highlight the risk posed by HGVs turning left or changing lanes at junctions.”

London’s boroughs and cycling groups are being asked to comment on the content of the plan, which also highlights the needs for action by:
Promoting the cycling safety message to all road users.

Delivering new, safe cycle routes and facilities – such as the new Cycle Superhighways routes and the Cycle Hire scheme with its 6,000 bikes.
Confidence boosting training for cyclists, and other road users –£3 million has been invested in cycle training this year.

Creating a Cycle Safety Working Group of key road user and cycling organisations
The Plan will also be sent to around 100,000 cyclists across London, circulated to all 33 London boroughs – drawing on the expertise of road safety and cycling officers.

The Mayor and TfL are also calling for more people to sign up for the free, TfL-funded, cycle training that is available to adults and children through London’s borough councils. Last year 5,875 adults and 39,118 children took part in training funded by TfL.
An on-line five minute cycle safety training film was also developed, which can be watched on www.tfl.gov.uk/cycling and YouTube, that gives safety tips and advice to cyclists and drivers of goods vehicles, on how to behave around each other.

You can view the plan by visiting www.tfl.gov.uk/businessandpartners.