If you’ve been reading road.cc over the past 12 months, then you’ll know we’ve been closely following the development of the new Kinesis Aethein, from the first spy shots of a the pre-production frame, to the finished sample that VecchioJo took for an exclusive first ride around the South Downs. 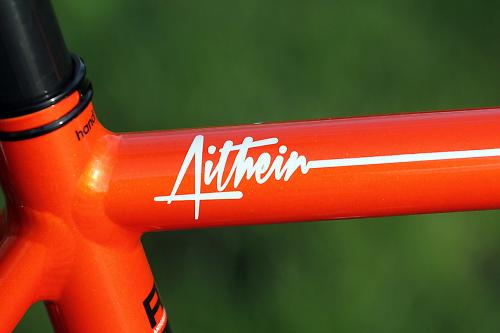 Until now we had only seen the launch edition black anodised frame. Last week Dom Mason, the designer behind the Kinesis range of frames, popped into the office to show us the two painted frames, SweetOrange and SickGreen. The orange looks spectacular in real life, the frame really pops in the sunlight. The choice of finish reflects a new confidence for the brand in recent years, with ever bolder colours across the entire range of frames. The decal design is also much sharper, the graphics on the Aithein understated, clean and providing a high quality appearance. This bike has been built up for a trade show next week and is dressed with a full Shimano Dura-Ace groupset and Reynolds carbon clincher wheels. It’s a bit of a head-turner. It’s also pretty light on the road.cc Scales of Truth, at 6.8kg (14.99lb). That’s good by carbon fibre frame standards, let alone for an alloy frame, and is a good demonstration of what is achievable with metal. It’s a real reminder that alloy is still a viable and valid choice for any cyclist seeking a high performance frame. 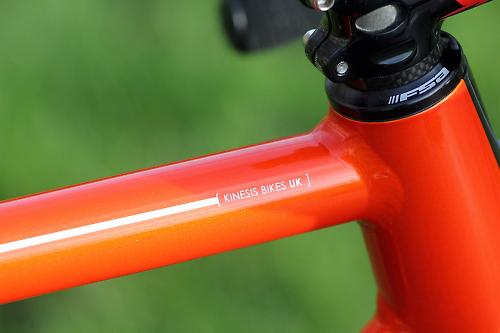 Kinesis say the frame weighs just 1,041g which makes it one of the lightest alloy frames currently available. Often considered the benchmark alloy road frame, the Cannondale CAAD10 weighs in at 1,150g, at least according to the company’s official figures. The all-carbon fork adds 350g to the weight. Bare in mind that the frame does come with a 14st (89kg) rider weight limit.

It’s unlikely you’ll get a similarly light bike for the same price, considering the frameset is £649. That includes the full carbon fibre fork and headset. Five sizes are available from 47cm to 59cm. 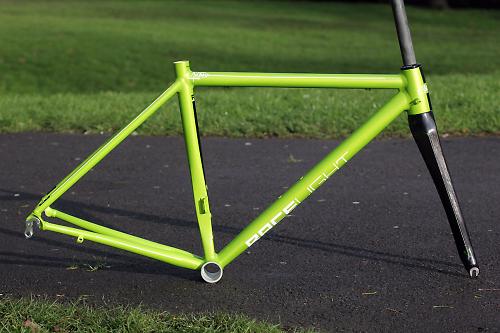 Forgive us if we get rather excited about aluminium road bikes. Aluminium road bikes enjoyed the briefest of moments in the pro peloton spotlight before being quickly overshadowed by the development of carbon fibre frames. Alloy frames are still commonly used, they make up the largest share of the market, but are used primarily at the more affordable end of the market. There are a small handful of manufacturers pushing alloy as a rival to carbon fibre though, and Kinesis is the biggest manufacturer of alloy road frames. Dom Mason is similarly enthusiastic about alloy, and told us in a recent interview: “I’m not really a big fan of carbon. It doesn’t make me very excited from an engineering point of view. It’s brilliant for many things, but it’s certainly not the be-all and end-all of frame design. My thing is to push alloy really hard. All the brain power has been going into carbon, but there’s more that we can do with alloy.” 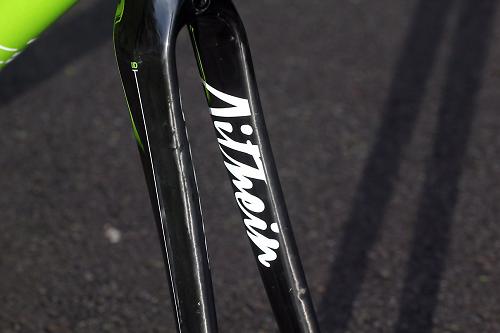 The frame is constructed using Superplastic Forming (SPF), a high temperature process that makes the tubes go plastic with heated compressed air forming the tubes over a steel mould. It’s more finely controllable than the more widespread hydroforming that can split narrow walled tubing and it allows the use of thinner, and therefore lighter tubes, meaning that Kinesis can make an alloy frame nearing a carbon weight.