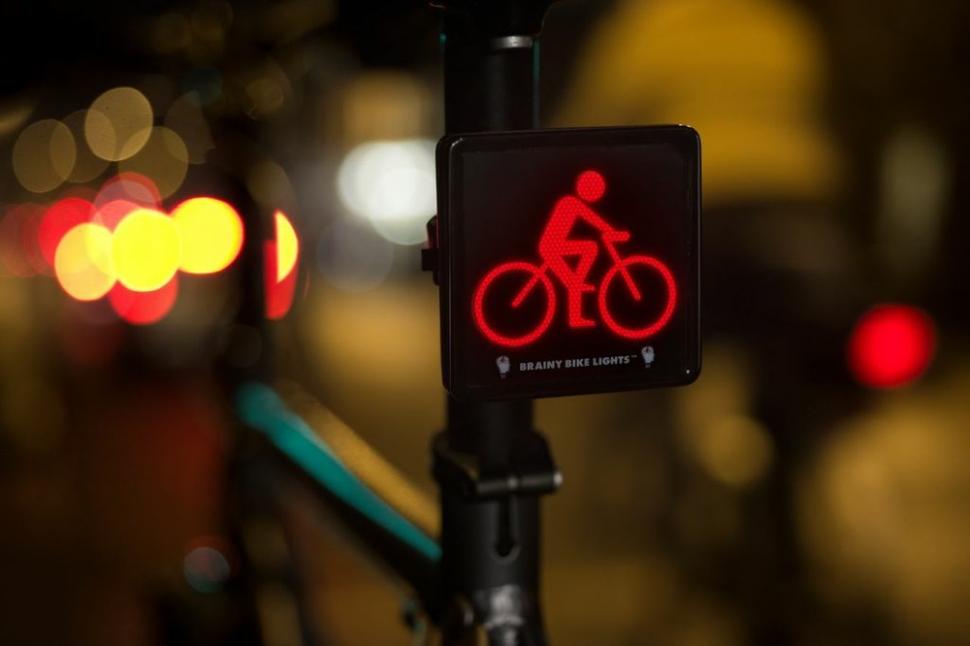 A cyclist has combined LED lighting technology with brain science to create Brainy Bike Lights, which use a bike symbol instead of plain lights.

According to Brainy Bike Lights, “Testing and research conducted by the University of Oxford suggest the new bike symbol lights could create significantly better cyclist standout than anything currently available because they enable quicker and more accurate identification of cyclists by drivers.”

Brainy Bike Lights consist of a pair of front (white) and rear (red) lights. The idea is that they create fast cyclist recognition and clear stand out because the brain detects and interprets the bike symbols more quickly than standard lights.

Inventor Crawford Hollingworth says that the lights project a clear symbol that’s clear from all angles at up to 20 metres distance in daylight or darkness. He claims that original research on the bike symbol lights proves they can be quickly and accurately identified even at a distance and work effectively even in adverse conditions. 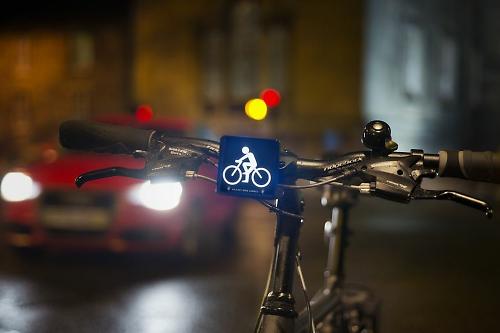 Professor Charles Spence at the Experimental Psychology Lab at the University of Oxford, where the tests were carried out, believes this bike symbol light could make a major contribution to cyclist road safety, and that the test results demonstrated the superiority of Brainy Bike Lights over traditional bike lights in terms of a driver’s response in detecting and discriminating the presence of a cyclist.

Go to the Brainy Bike Lights website for more info on the testing.

The theory is that because our brains interpret symbols rapidly, within 0.001 of a second of seeing something we make a decision about what it is and how to respond .

Brainy Bike Lights say the research demonstrated that since drivers will be able to identify cyclists on the road more quickly, they would also be able stop significantly more quickly, should they need to.

Although the front and rear lights in flashing mode conform with road vehicle lighting regulations, Brainy Bike Lights say they should be used together with a BS 6102/3 approved light.

The lights weight 122g each and run from four AA batteries with a life of up to 50hrs (front) and 200hrs (rear) in flashing mode. The other options are intense flashing, static and intense static modes. They fit to your bike via two screw-free easy-fasten straps.

Brainy Bike Lights cost £45 for the pair and they’re available from www.brainybikelights.com.

By the way, this product has nothing to do with the Blaze laser bike light that projects a laser image of a bicycle onto the road ahead.