Artificial blood will be easy to detect if used by dopers, say scientists

Scientists at the University of Essex say the artificial blood they’re developing will be easy to detect if it’s used for doping — because it will turn the clear portion of blood red.

The university announced last week that it had secured a grant to work on an artificial blood replacement product that could be stored at room temperature and would have a shelf life of up to two years.

Such a blood replacement would be a boon in emergency situations as it could be given to patients without the delay of blood-typing, easily carried by paramedics and stockpiled for use in large-scale disasters. Carried in ambulances, it could even help save vulnerable road users such as cyclists after road collisions.

But any product that can enhance the oxygen-carrying capacity of the blood has the potential to be used for sporting performance enhancement too. 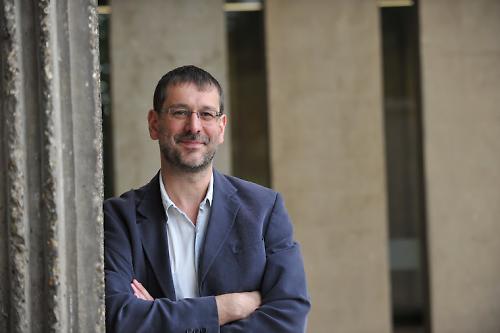 Professor Chris Cooper is the researcher leading the team developing the new artificial blood. He told road.cc: “It would act similarly to a top up blood transfusion so yes, it has the possibility of enhancing performance.”

Oxygen in the blood is carried by the haemoglobin in red blood cells and artificial blood replacements such as the one being developed by Cooper’s HaemO2 project group are known as haemoglobin-based oxygen carriers - HBOCs for short.

Other attempts to create safe, effective HBOCs have run into problems because outside the protective environment of the red cell, haemoglobin can be toxic. The beauty of the product being engineered at Essex is that it is detoxified by the body’s own defences.

That, of course, would make it even more attractive to athletes like cyclists looking for a performance boost, who have not historically been deterred by risky procedures administered by dodgy doctors.

Manufacturers of products that can be used to enhance performance by blood manipulation have been criticised in the past for not making abuse by athletes easy to detect. EPO, the hormone that stimulates red cell production, was undetectable for around a decade until a urine test was introduced in 2000.

This time, though Cooper, who is the author of Run, Swim, Throw, Cheat: The science behind drugs in sport, is ahead of the dopers.

“It might be detectable in urine,” he said, “but would be VERY easy to detect in blood as when you spin the cells down the remaining plasma is normally straw coloured. Following HaemO2 doping the plasma would be bright red as the HaemO2 product would reside outside the cells.”

That means the routine haematocrit test the determines the level of an athlete’s red blood cells would also detect HaemO2.

That potential downside taken care of, Cooper was keen to stress the potential benefits of the research for which his team has just secured over £1.5 million of funding from the Medical Research Council.

He said: “We could overcome some of the inherent problems with transfusions as there would be no need for blood group typing and a longer shelf life means you are able to stockpile the supplies necessary for major disasters.

“It also offers the opportunity for routine transfusion support in ambulances or at remote inaccessible locations.”

Cooper said that he thinks the HaemO2 project is five years away from first use of a product in humans.

He also has plenty of interesting stuff to say on the science of doping and anti-doping on his blog, also titled Run, Swim, Throw, Cheat.