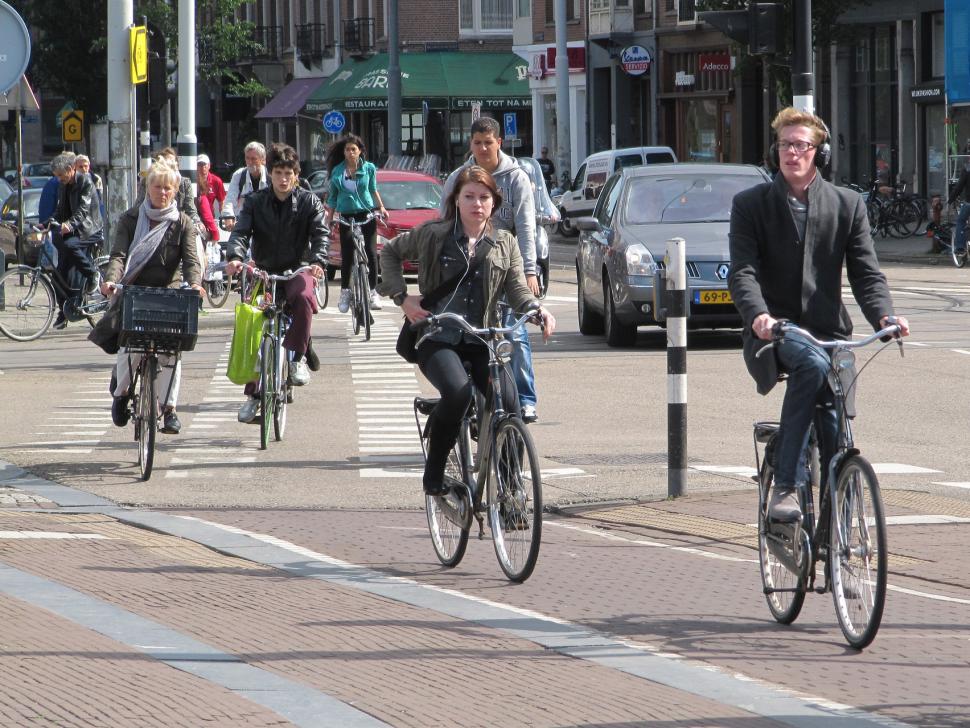 Better facilities, like these in the Netherlands, woiuld encourage people to cycle more (CC BY-NC-SA 2.0 licenced by MarkA:Flickr)

More dedicated cycle lanes to improve safety and better facilities such as showers at work and more cycle parking spaces are the leading factors that would get more people cycling in Great Britain according to a survey commissioned by the nation’s biggest bike retailer, Halfords.

The survey of 4,500 people found that 40 per cent of respondents said that a dedicated cycle lane on every road would persuade them to cycle more often.

In addition, 30 per cent said they would be influenced to do so if more cycle parking were available, 19 per cent cited better facilities such as showers at work, and 17 per cent were in favour of tax benefits for bike riders.

Among the top responses were:

Halfords also questioned people about calls by certain cycling campaigners – which, exactly, wasn’t specified – for a 10 per cent increase in segregated cycle lanes by 2025.

But 28 per cent thought that it would result in greater conflict between cyclists and other road users such as pedestrians and motorists.

Chris Boardman, who as policy advisor to British Cycling helped launch its 10-point Time To #ChooseCycling manifesto in February this year, said: “Health, congestion, pollution, more liveable cites – whatever topic you want to choose, the bicycle can be a large part of the answer.

“In fact it's the only form of mechanised transport that actually contributes to our society – the UK gains £590 a year for every extra regular cyclist," he added.

The fact that dedicated cycle lanes emerged as the top response is in line with other surveys we have covered here on road.cc, such as this one from the University of the West of England in April, which reveal the perception of danger from traffic to be the number one barrier to cycling.