We can exclusively reveal that Cannondale are offering a CAAD10 Disc road bike for 2015. They’ll offer just the one model, built with the new SRAM Rival 22 groupset, and it’s expected to cost £1,799, though the price is yet to be confirmed.

Cannondale are also expanding the Synapse Disc into a range of bikes for 2015. Starting the range off will be an aluminium Synapse costing £950, while a new Synapse Carbon with Shimano’s Ultegra groupset and disc brakes is expected to cost £2,500. 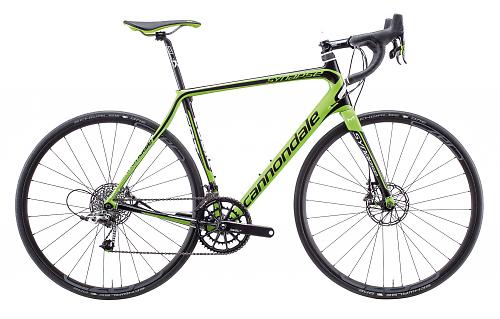 Cannondale followed the launch of the all-new Synapse last April with a couple of disc-equipped versions last August. But now they're properly getting behind disc brakes, this expanding of the range showing a real commitment to discs on the Synapse, which has been a really well recieved bike in the 'endurance' sector.

You can read our Synapse Carbon Ultegra review here, the bike that clinched road.cc's our Sportive Bike of the Year award 2013-14, on which the Synapse Disc is based. 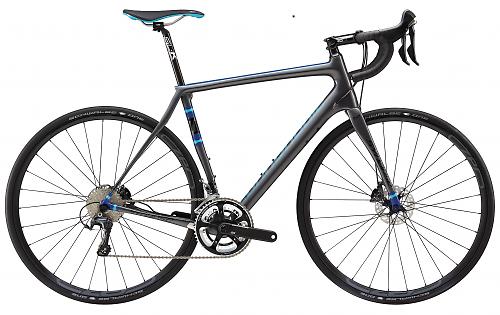 It also follows the other big news today that the new Giant Defy has been redesigned and will only be offered with disc brakes on the carbon version. Disc brakes have arrived.

Back to the CAAD10, and the disc version is one that we’ve been hearing rumours about for a while. The CAAD10 uses an aluminium frame and is well regarded as a high performance road bike with fine handling and impressive smoothness with a price that doesn’t break the bank quite like a carbon bike does. We were certainly impressed when we tested it.

We don't have any details about the new bike yet, it'll be interesting to see how much they've changed to accommodate disc brakes, and if there has been much of a weight penalty. 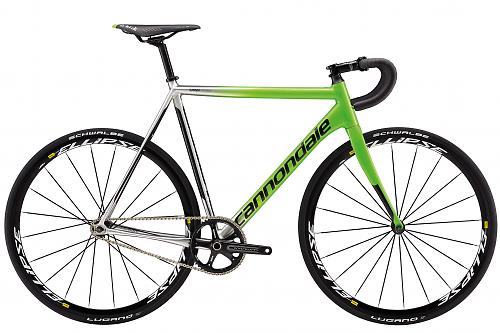 And as was spotted on Facebook recently, Cannondale confirm they’ll be offering a CAAD10 Track bike in their 2015 range. It’s expected to cost about £1,500, though actual prices will be confirmed soon.

We’ll be visiting Cannondale UK soon to get the full low-down on these new bikes and we’ll bring you the full details then. We’re being told availability of these news bikes is expected towards this autumn. More at www.cannondale.com