Eddy Merckx Cycles have revealed their intentions to focus on “high-end racing machines” in 2015 with the launch of the brand new Mourenx69 endurance model and the SanRemo76 race-ready bike. 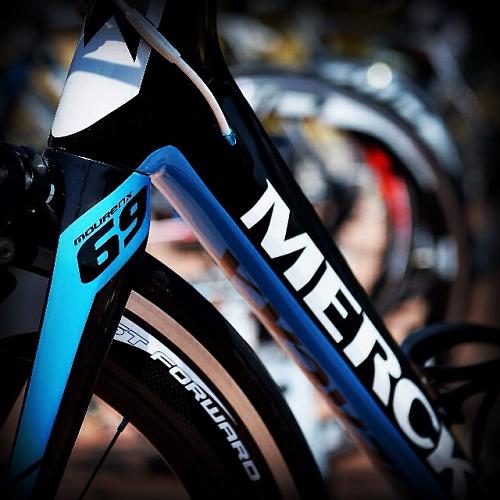 These two bikes represent the first product launches since the EMX-525 was unveiled on the eve of the 2012 Tour de France. That bike heralded in a new product design direction, one that focused not on weight, but instead “power under control,” the company’s tagline for a focus on ride performance and handling. You can read our first ride report on the EMX-525 here.

The EMX-525 also marked the start of a new naming convention, one that uses key race victories from Eddy Merckx’s illustrious career. The EMX-525 kicked things off, using the number of races Merckx won during his time as a pro. The two new models continue this trend. 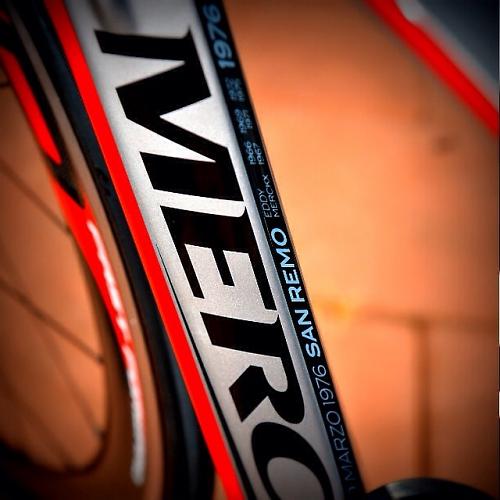 The SanRemo76 and Mourenx69 both clearly take inspiration from the angular EMX-525, which will continue in the company’s range at the very top. The key differentiation is that the Mourenx69 has been designated an endurance/sportive road bike with a shorter and taller geometry, while the SanRemo76 is long and low for racing, and offered at more affordable price points than the EMX-525 by using a lower grade of carbon fibre.

As well as new bikes, there are changes of management at the company, with new CEO, Rob Beset, taking charge with over 25 years experience in the industry. Eddy Merckx however is still actively involved in the company which he set up back in 1980.

“Eddy is a great human being,” says Rob Beset, “and as the founder of the enterprise that bears his name, he has an important role to play as our brand ambassador.”

Here then is an overview of the new bikes, we’ll be getting a bit more intimate with the new bikes at Eurobike next week so we'll have a lot more details then.

Eddy first won Milan-San Remo in 1966. He went on to win the race seven times, an unbroken record, during the nine years he rode the race. This new bike is named after Eddy’s seventh and last victory in the race.

The SanRemo76 road bike is billed as a high performance road bike “ideal for cyclists who love to ride fast and want to compare themselves against other riders,” says Merckx. Sounds like it’s the bike for the Strava generation. It’s based on the EMX-525 but uses lower grade carbon fibre to make it more affordable.

The frame features a long top tube and short head tube to ensure an aggressive and aerodynamic position. The frame is made from two grades of carbon fibre, with a full carbon fork. A 1 1/8in-1 1/2in tapered head tube combines with an oversize BB86 press-fit bottom bracket to deliver the high level of stiffness such a frame requires. The frame is Di2 compatible. 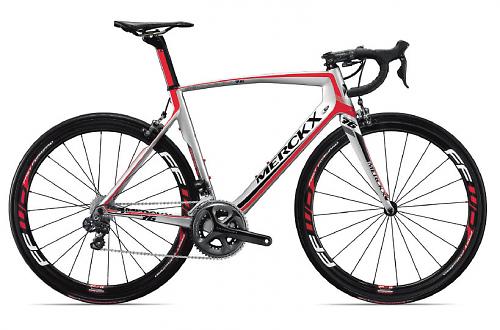 Frame weight for the SanRemo76 is a claimed 1,122g. That seems high compared to a lot of the competition, some frames weigh nearly half of that. Weight isn’t the main criteria for Merckx when designing their bikes though, instead aspects such as stability, handling, responsiveness are all key criteria. Anyway, even a modest build it’s easily possible to get most bikes close, if not under, the UCI 6.8kg weight limit anyway.

“The SanRemo76 is an extraordinary racing machine. It was designed and built for truly
competitive cyclists whose ambition it is to go ever faster and be more efficient,” says Merckx.

Here's the official trailer for the new bike.

And here's race footage from that day so you can put yourself in the right frameset before hitting the road.

The Mourenx69 has been named after Eddy’s 1969 Tour de France victory on the 17th stage from Luchon to Mourenx. He had already won four stages by this point and with an eight minute lead over his nearest contender, he only needed to cruise to the finish line. But he didn’t get his Cannibal nickname for taking the easy option, and duly attacked on the mighty Col du Tourmalet and embarked on a 140km solo breakaway. Subsequently he won the yellow jersey, and also the points and mountains classification too. Inspired by this lengthy solo breakaway, the Mourenx69 is an endurance/sportive bike, built for going the distance. As such the frame features a taller head tube and shorter head tube than the SanRemo76, to maximise comfort. The chainstays have been lengthened also to produce more comfort.

The Mourenx69 features a BB86 bottom bracket and skinny seatstays and what Merckx refer to as a "comfort seatpost design" - we'll get more details on what that actually is at Eurobike next week.They have also designed a specific fork with a curve to introduce more compliance. The frame weighs a reported 1,055g and features internal cable routing and electronic groupset compatibility. 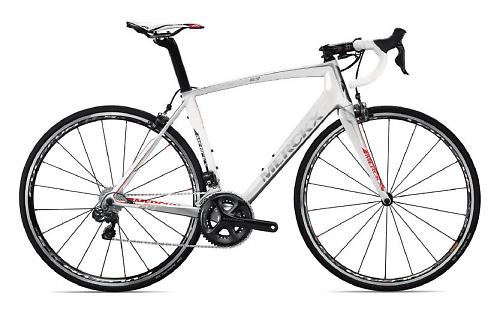 Two models will be available, a £2,249 Shimano 105 build with Fulcrum Racing Sport wheels and a £2,699 Ultegra model with Fulcrum Racing 5 wheels, with an available FFWD wheel upgrade for a further €1,000. The same frame is used for the whole range and can be purchased separately for £1,799.

This is the official trailer for the new bike that Merckx have sent us.

And this grainy footage shows Eddy crossing the line first on that historic day.

The company have clearly been busy, but there is more to come including a new cyclo-cross bike.

“And there is more to come,’ Beset announces. ‘We have a cyclo cross bike underway; the Eeklo70. This little marvel will be launched for 2015 as well and it may even be followed by an exclusive edition steel version. Keep your eyes peeled. Eddy Merckx turns 70 next year and that is an anniversary we will not let pass unnoticed.”

We’ll bring you more details on all the new bikes from Eurobike next week. More at www.eddymerckx.be