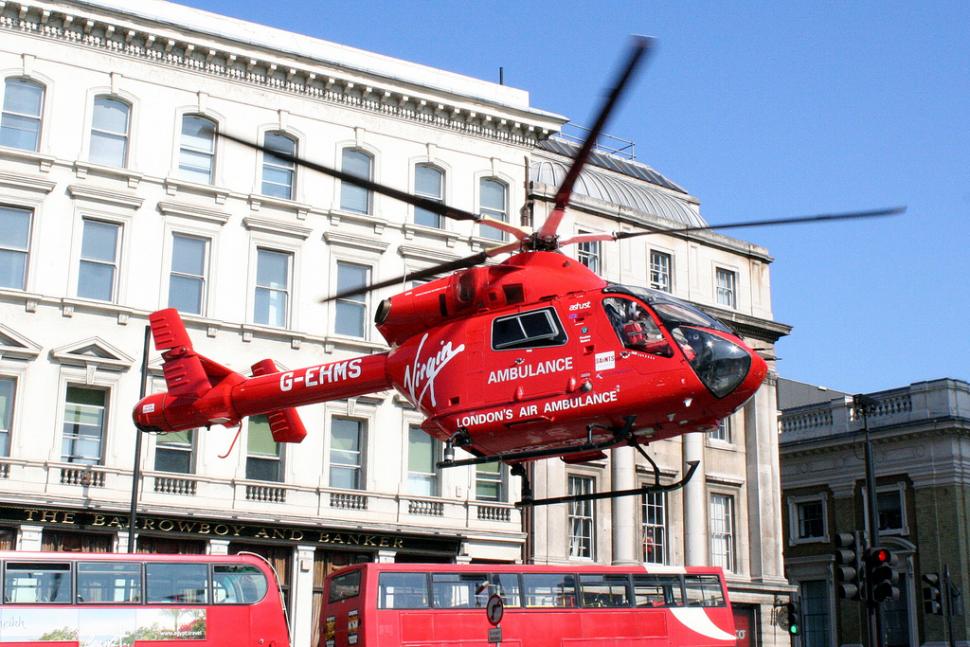 "He hasn’t really delivered on what he said he would do … it’s not safe to cycle," says Victoria Lebrec...
by John Stevenson

A cyclist who lost her leg after a crash with a lorry has slammed London mayor Boris Johnson for failing to deliver on his promises to make cycling safe in the capital.

Victoria Lebrec, 24, was unconscious for eight days after being hit by a skip lorry at the junction of Clerkenwell Road and St John Street on the morning of December 8.

Her family say they don't believe she would have done anything to put herself in danger. She says London's roads are simply not safe for cyclists.

She told Ross Lydall of the Evening Standard: “I think he [Boris Johnson] hasn’t really delivered on what he said he would do. I think at the moment, it’s not safe to cycle.

“I have always been really cautious when cycling. You have got buses overtaking you, and taxis, but I have never felt that this would happen to me.

“It’s dangerous. You have to be really careful. I was always looking behind me. It isn’t safe.”:

After the crash, Ms Lebrec was taken by to Royal London Hospital where she underwent six operations in five days. Her injuries were so serious doctors were unable to save her left leg.

Tom Konig was one of the surgeons who operated on Ms Lebrec. He said: “For me, the debate about cycle segregation has found a voice in her. She is testament to how flesh and bone and lorries cannot share the same road space.”

Konig operated on two of the riders killed in 2013's Black November, when six riders died on London's roads in less than a fortnight.

In December 2013 he told the BBC: "We’ve seen a lot of deaths on [Cycle Superhighway 2]. We’ve had deaths of members of staff at this hospital, going to and from work.

“If I am to put my injury-prevention hat on, I don’t think that road is fit for purpose.”

She told the Standard: “I think I’m really lucky to be alive.

“A lot of ducks were lined up. If one of those hadn’t been in place, I wouldn’t have made it. I wouldn’t be here if it wasn’t for the air ambulance and the surgeons.”

Konig said: “Had she suffered her injuries two years ago, she wouldn’t have made it to hospital, which is a testament to the pre-hospital team that went to her."

A London Air Ambulance team in a fast-response car arrived in five minutes, followed by the helicopter which had to first return to the Royal London from another call to re-stock its blood supplies.

Ms Lebrec's life was almost certainly saved at the scene by emergency consultant Dr Samy Sadek. He performed a Resuscitative Endovascular Balloon Occlusion of the Aorta (REBOA), an operation that literally uses a balloon to block the aorta - the main artery from the heart - to prevent a patient from bleeding to death.

The technique, which involves a tube being fed up the femoral artery, was developed at Royal London and was only used for the first time in June 2014. It's used in cases of severe pelvic injury, which are commonly a result of cyclists being hit by vehicles and falls from height.

Ms Lebrec was on her way to work at the Clinic creative agncy when she was hit. She was attempting to cross the junction at the time. Police believe the lorry turned or swerved left.

Her father Yves Lebrec, a graphic designer, said: “She is extremely lucky. Every time I think of all the things that needed to happen to enable her to survive, and how close I was to losing my daughter, I get quite emotional.

“The orthopaedic surgeon said he had never seen such damage. Her pelvis was in such a bad state.

“Victoria is very careful. She will not have taken a risk. She was wearing a helmet. I would have been very surprised if she had done anything to endanger her life.”