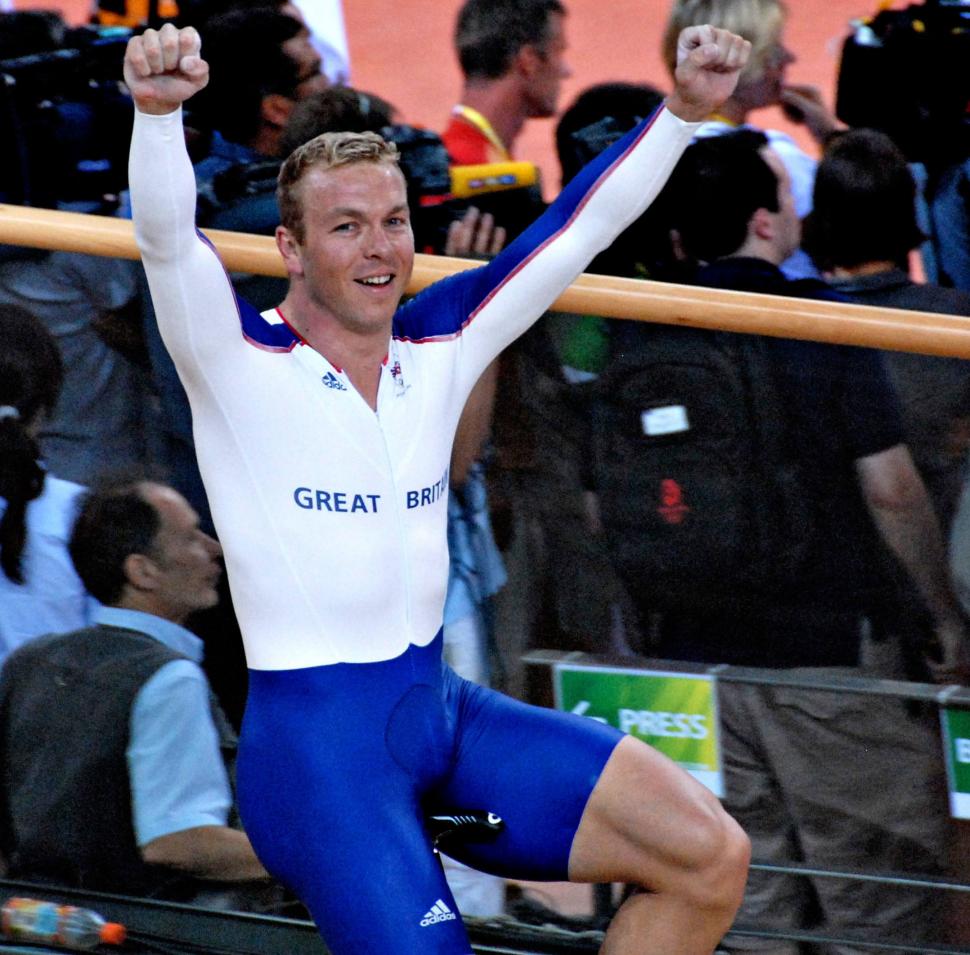 On a night of triple glory for cycling, Chris Hoy confounded the bookies to win the BBC Sports Personality of the Year Award. Not surprisingly he also won the Scottish Sports Personality Award too. Hoy beat double Olympic champion Rebecca Adlington and F1 champ Lewis Hamilton to take the crown. Hoy was supposed to be taking on Hamilton in a bike-vs-car event at the Race of Champions, but unfortunately heavy rain and oil spills put paid to the race, and the pair had to make do with a parade lap. more on that here...

Cycling was well-represented throughout the night, with the gold-medal-winning Beijing athletes given a ride around the studio (luckily none of them stacked on the tricky ramp/carpet interface) and interviews for Nicole Cooke, a nochalant Bradley Wiggins, Rebecca Romero and, of course, Hoy. We also got the road riding film that road.cc reported on here.

Chris was obviously surprised to win, as he was considered by bookies to be the outside chance against Hamilton, and indeed Hamilton's reception when interviewed suggested he'd win the popular vote. But a 90-second standing ovation for Hoy when he won was confirmation of the depth of feeling for the triple Olympic champion.

Dave Brailsford won the Coach of the Year in recognition of his outstanding work with team GB, beating Warren Gatland and Sir Alex Ferguson to take the gong. The Olympic cycling team won out over Manchester United, the British Olympic squad and the Welsh rugby union team.

Lewis Hamilton, gracious in defeat: “it was an honour just to be nominated and to stand up there with great athletes like Rebecca [Adlington] and Chris.”

Rebecca Adlington: [How does it feel?] “I'm so happy and excited” [to come third]
[on being the bookies favourite] “That's just some person putting money on, that's not the public, I never thought for one minute I was going to win it”

Chris Hoy: [How does it feel?] “Overwhelming, seeing Rebecca and Lewis coming second and third I thought Joe Calzaghe or one of the big names was going to win… It doesn't get any better than this”

[On his acceptance speech] “I was going to try and remember a list of all the people who have helped me over the years and I knew I'd forget someone so I thought I would keep it simple.”

Dave Brailsford: [on winning the Coach of the Year Award]

[On what happens next…] “We can get success at the elite level and cascade that down more kids cycling, cycling as transportation, kids cycling to school, in particular cycling… to school to really establish the sport in the conciousness of the nation and keep on winning, get a team in the Tour de France…We've got people like Bradley, Mark Cavendish who are really road riders it just makes sense to get them all under the same coaching umbrella that they are used to and translate that to the road…”

[On his training ethose] “It's all based around carrot not stick, ownership of training programs people like Chris write their own training programs. The rider's decide we're just the minions running around making sure it all happens…We support the riders, there is no fear in cycling”

Chris Boardman: “I didn't think a cyclist could win because four cyclists were nominated, it's a cultural shift in the way the nation thinks about cycling that Chris Hoy can win…”

1
Rapha undergoes refinancing operation to write off debt but says it “far outperformed” rivals in 2022
2
Near Miss of the Day 848: An overtake worthy of the 'must get in front' title
3
Judge tells man who "played the system" after dangerous driving killed two young boys to expect "very significant sentence"
4
Near Miss of the Day 847: Careless caravan close call causes cyclists concern
5
Mavic launches the Cosmic Ultimate as “lightest wheelset in its category”
6
You've heard of a coffee ride - now Canyon uses real arabica coffee for new Speedmax CF SLX finish
7
Murder suspect in deaths of father and son killed while cycling released on bail
8
Large vehicle may have crashed into controversial bike hangar, council says